Behind the drama of the forty-third parliament 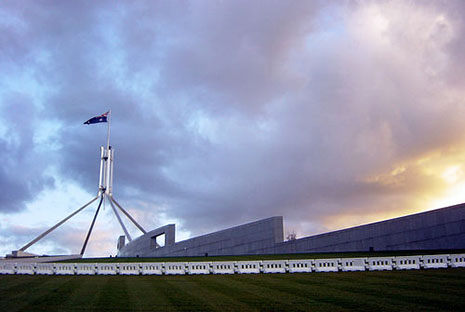 THE forty-third parliament of the Commonwealth of Australia will long be remembered, but perhaps more for its drama than its overshadowed legislative achievements. The drama, which has run non-stop since the knife-edge result, has most recently included the defection of Peter Slipper from the Coalition and subsequent allegations against him; the wavering support of a key independent, Andrew Wilkie; allegations against Labor-turned-independent MP Craig Thomson; and Kevin Rudd’s reported threats to quit parliament and force a by-election, his dramatic resignation while overseas as foreign minister, and his failed challenge for the prime ministership.

With the electorate returning the first hung parliament in seventy years, Australians have been treated to their first minority federal government in recent memory, even though they have become commonplace at state and territory level. While landmark elections in Australia are generally seen as those in which the government changes – the more so because these changes are relatively infrequent, numbering just six over the past seven decades – the forty-third parliament has constituted a landmark in its own right, producing a kind of politics and policy-making that has rarely been seen in this country before.

In the immediate aftermath of the poll, seventeen tense days of negotiation led to Julia Gillard’s minority administration winning just enough support, most notably from ex-Nationals in seats with a remarkably low Labor vote – New England (8.1 per cent) and Lyne (13.5 per cent). Tony Windsor and Rob Oakeshott were persuaded by policy commitments made by Labor, with Windsor citing the National Broadband Network (“critical” to securing his support) and “stability” in government, while Oakeshott secured an undertaking for a “taxation summit” and favoured Labor’s broadband and climate change policies. An untold story lurks within this apparent apostasy, which was effectively a backlash against the way that the Nationals succumbed to the Liberals’ neoliberal agenda under John Howard and a reflection of simmering rural discontent about the withdrawal of services and the reduction in infrastructure spending.

For all the criticism leveled at them by the Coalition, the Murdoch press and conservative media commentators, Windsor and Oakeshott actually harked back to that great parliamentarian so beloved of conservatives everywhere, Edmund Burke. As an MP, Burke memorably told his electors at Bristol that he was not their agent in parliament: “Your representative owes you, not his industry only, but his judgement; and he betrays, instead of serving you, if he sacrifices it to your opinion.”

Tasmanian independent Andrew Wilkie also supported Julia Gillard as prime minister, but after she backed down on poker-machine reform withdrew his guarantees on confidence and supply. It was a cynical triumph for a cashed-up lobby, especially in New South Wales, where the gambling industry, especially the clubs, ran a series of local campaigns targeting key Labor marginals like Eden-Monaro (Mike Kelly) and Page (Janelle Saffin). The pressure on Gillard and the Labor machine proved to be irresistible.

But even though Wilkie’s proposals failed, he and independent senator Nick Xenophon can take credit for at least elevating the discussion of problem gambling to a national level, something the major parties have failed – or, more precisely, been unwilling – to do.

On the policy front, the forty-third parliament has seen some bold legislative initiatives, with the government defiantly undeterred by its minority position. Pressing ahead with the National Broadband Network draws on the nation-building projects of old, and the groundbreaking legislation for the plain packaging of cigarettes, the mining super-profits tax and the national disability insurance scheme are achievements of genuine substance.

Similarly, a little noticed set of admittedly modest parliamentary reforms – including changes in the conduct of question time and enhanced independence for the Speaker – would not have happened under a majority government for the simple reason that no incumbent government favours applying stronger brakes to the executive. It has been some time since parliament and its processes have been defended, and even strengthened, in this way from within.

The contentious carbon tax, the price demanded by the Greens for their support, was a courageous act by the government, especially given the prime minister’s own disavowal of such a move before the election. The legislation, which managed, not without difficulty, to pass both houses, represents an example of parliamentary compromise at its best – protracted public debate, minute scrutiny and robust negotiation.

But it has been a rare moment in the sun for parliamentary players outside the two major parties. Despite the continuing decline in the share of the vote captured by the major parties – less than 75 per cent in the 2010 national Senate vote – on present indications the lower-house influence of the Greens and independents is highly unlikely to continue beyond the next election. The seats held by Windsor and Oakeshott will almost certainly revert to the Nationals and Wilkie’s fluke win from Labor in Tasmania is unlikely to be repeated. Even if any of the three managed to defy the odds, the projected size of the Coalition’s majority from the poll trends will once again make crossbenchers irrelevant in the House of Representatives.

History is not a good guide to possible parallels here, as the last minority government – that of John Curtin 1941–43 – was returned at the following election with a substantial majority, having relied on two independents, each with links to the conservative parties, for support before the election. And the fate of those two independents? Both Alex Wilson (ex–Country Party) and Arthur Coles (ex–United Australia Party) were returned by their constituencies, none the worse for their apostasy, even though Coles had his majority reduced by an official UAP candidate standing against him. The UAP Speaker, Nairn, and the Country Party committee chair, Prowse (whom Curtin had persuaded to stay for a time in the interests of stability, but who later quit after an abortive no-confidence move against Curtin in 1943), both lost their seats. •

Looking for an island circuit-breaker

Although the forestry agreement is looking shaky, innovative projects are flourishing in Tasmania, writes Natasha Cica. Strategic assistance could speed the move to a different kind of economy

Above: A scene from IHOS’s production The Barbarians, a new opera by Constantine Koukias, commissioned by the Museum of Old and New Art.
Photo: Lucia Rossi 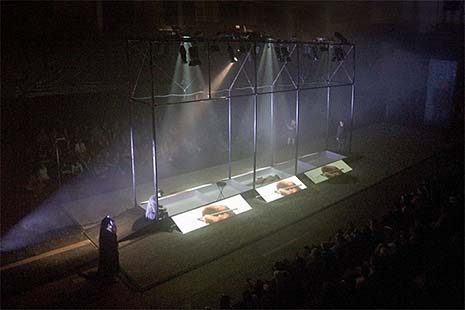 Above: A scene from IHOS’s production The Barbarians, a new opera by Constantine Koukias, commissioned by the Museum of Old and New Art.
Photo: Lucia Rossi