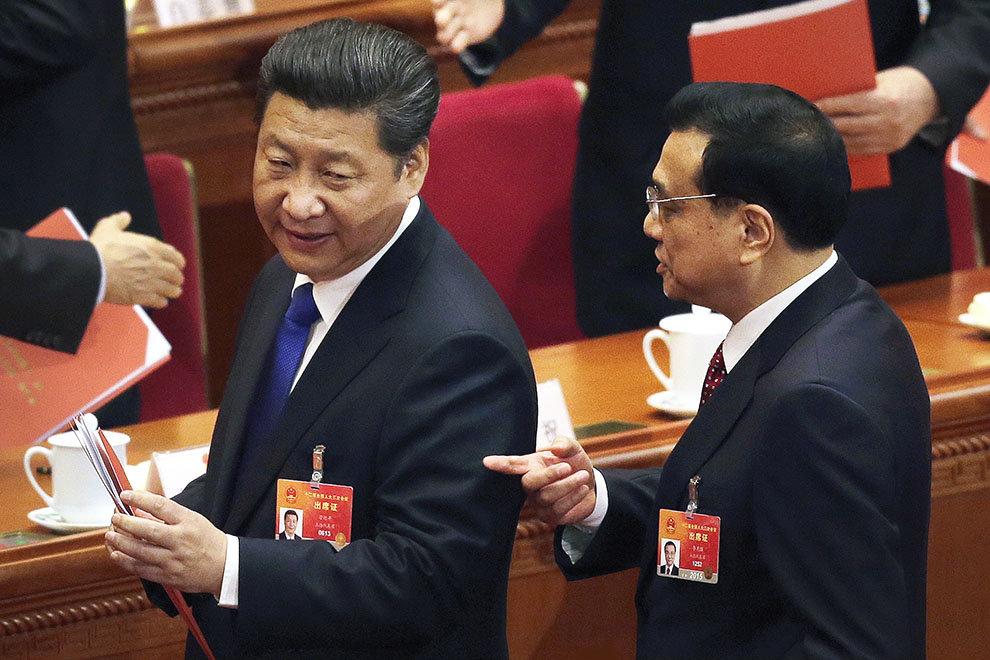 One of the targets of China’s anti-corruption struggle (it’s not a “campaign,” say officials from the Central Discipline and Inspection Commission, because that would imply it has an expiry date) is renqing, which broadly translates as human relations and personal links. What this means is that one of the fundamental features of Chinese society – its dense networks of informal relationships and connections – is now seen increasingly as an impediment to stability, legality and predictability, the marks of modernity so desired by the Communist Party.

In itself, renqing is a morally neutral concept. All societies have good and bad networks. For every benign family or social linkage, there is a darker side: underworld patronage, for instance, or corrupt relations in business, politics or government that feed off each other, often at the expense of wider society.

In their magnificent study Capitalism from Below (2012), economists Victor Nee and Sonja Opper looked at the emergence of the private sector in the Yangtze region of China over the preceding two decades. They found that businesspeople setting up small enterprises had to plot, manoeuvre and navigate around state-run companies, which received the lion’s share of credit from government banks and access to crucial state-controlled resources like energy and land.

Despite these obstacles, the private sector has prevailed. Opper and Nee’s data shows it to be innovative, profitable, increasingly important as an employer and, more remarkably, progressively more depoliticised. “There is a feeling that companies that want to have a close relationship with the government must have something to hide,” the two economists write. In the end, the private sector lives or dies according to success in the marketplace, not cosy links to government and the Party. And its success in the marketplace is what makes it matter more and more to the state.

In this context, the anti-corruption struggle is an attempt to reduce the predatory behaviour of the Party and the state and let these businesses flourish. As long as entrepreneurs accept the political role of the Party in the abstract, things will be fine. But officials can no longer be parasites on, and therefore impediments to, the crucial Chinese private enterprise’s ability to innovate, gain market share, employ, create wealth and contribute to stability.

But networks have been crucial for Chinese enterprises, and renqing has been the glue that holds them together. With little legal protection and living under constant threat, Chinese businesspeople have relied on each other. They survive on their reputations and on trust, and gain informal credit on the back of word-of-mouth support from their peers when the banks won’t lend to them. They learn from each other, Opper and Nee report, and they help each other, compete with each other and ultimately rely on each other. The state has accorded them the final accolade, granting increased political recognition (private businesspeople were allowed to join the Party in 2002) and creating formal legal processes and structures to acknowledge what companies are already doing.

One of the priorities of Xi Jinping’s leadership has been to deepen this process. While the attack on corruption in state enterprises and among the political elite can be seen narrowly as a power struggle, in broader terms it is more accurate to see it as part of a pro-business focus. Xi has used the Party’s agents to get greedy, venal officials off the backs of private businesspeople. A commercial lawyer in one of China’s provinces told me recently that connections and personal linkages were losing their importance in business. Companies have a stronger sense of what the rules are, and officials are being forced to adhere to them. The heedlessness of the Hu years is disappearing. On the whole, officials do their jobs, and are wary of getting close enough to businesses to invite accusations of profit-seeking and illicit rent-taking.

“Pro-business with Chinese characteristics” might seem a startling way to describe Xi’s China, but it makes political sense. The challenge of falling growth, the huge pressure to innovate, the need to get more people into the service sector, the necessity to become more globally competitive – all these are now part of the Chinese economic and political narrative.

These changes create a problem, however, for Xi and his colleagues in Beijing. Just as private business is judged on a single measure – its ability to succeed commercially – so governments are going to be held to one measure – their ability to implement policy and improve people’s livelihoods. Public reception of the anti-corruption struggle has been positive, but it largely represents negative politics. Ordinary Chinese want to see a better environment and rising living standards. And they want to see these things quickly. The pressure on the government increases by the day. But unlike businesses, which can simply point to the wealth they are creating, the government cannot easily demonstrate success, because the outcomes are harder to demonstrate and much more complex.

The political narrative of China has never been more intricate, and interpreting it has never been more contentious. The pressure on politicians to express this narrative more explicitly is growing. And the government will need tangible policy achievements to show that good things are happening. Will this put pressure on Xi to notch up achievements in the ostensibly easier area of foreign affairs – by ratcheting up the pressure in the South China Sea, for instance, or even tackling Taiwan after the elections next January, which are likely to bring the less cooperative Democratic Progressive Party to power? These possibilities can’t be discounted.

“Don’t underestimate us. Just watch us,” a senior Party leader told a group of foreign scholars in early September. It is in the world’s interests that China navigate this treacherous period successfully. The costs of failure are simply too high to contemplate. •

Kerry Brown is Director of the China Studies Centre and Professor of Chinese Politics at the University of Sydney.