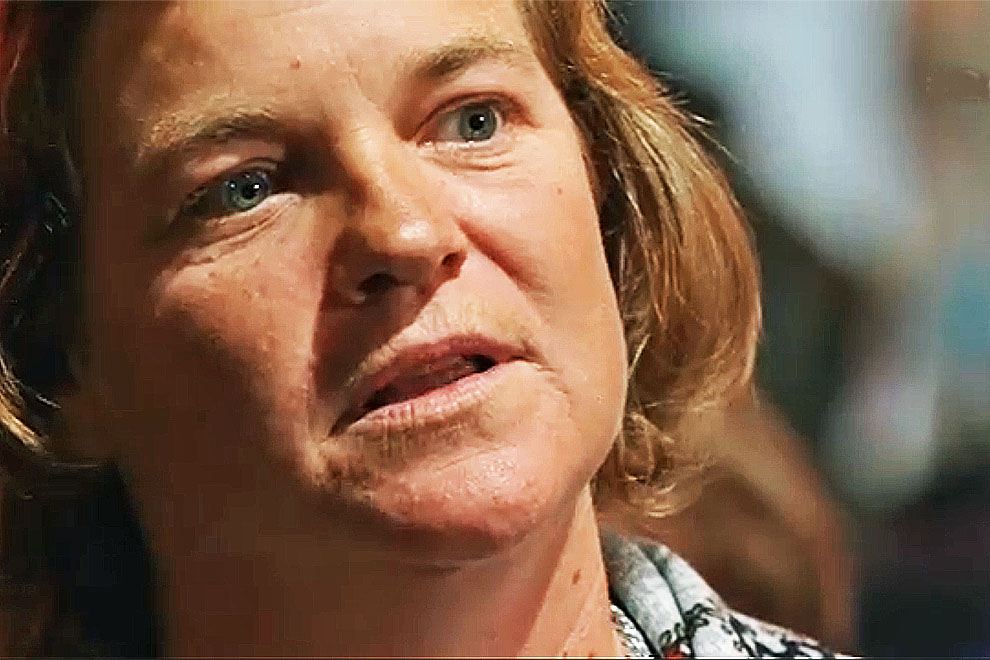 The ABC’s Q&A has its enthusiasts, as the Twitter feed shows, even if some of them are just spoiling for a fight. Others – and I’m one of them – will go to some lengths to avoid it. To be blunt, it makes me want to smack my head against the wall. I briefly contemplated wearing a helmet for last Monday’s episode, staged in the Tamworth Town Hall and featuring Barnaby Joyce and Tony Windsor. Also on the panel were the Labor member for Hunter, Joel Fitzgibbon, National Farmers’ Federation vice-president Fiona Simson, and Robbie Sefton, representing the rural business community.

The program is always at its worst when it includes panellists from opposed political camps set on delivering the party line at every opportunity. And with the tensions ratcheted up by an election campaign in which New England is a critical battleground, I was anticipating a succession of overheated and misfired pronouncements, with the panellists sending things off on tangents of their own making.

Some questions are just too big to be addressed in this kind of forum, and here was an audience with a lot of big questions to raise. The first of them was already a showstopper. It came from a woman who said her family had moved back to New England after trying to run a farm in Tara in Queensland, where encroaching gas wells were contaminating the air and water, producing lead levels too high for the safety of her children. “We have done everything possible to get help. My husband is a shearer, and we have worked hard to get our land.”

What were Joyce or Windsor going to do about it? “I understand your frustration, Sandra, I really do,” said Joyce. He said it a couple of times. Or maybe three. But, well, this bad business was all the state government’s doing. Of course, he’d made some interventions himself – he’d been part of a panel proposing protocols to protect land and water against reckless mining exploration, but that didn’t cut it when the state government was hell bent on doing the wrong thing. Windsor was a little more adept, though his response was not substantially different. A regrettable case of stable doors and bolted horses, he said. But he, too, could claim credit for some legislative provisos on land and water quality. And he insisted these could be enforced by the current federal government.

The questioner, Sandra Bamberry, shook her head. Buck passing; she’d heard it all before. “There are people up there, children, living with this in their air, in their rainwater, and you’re sitting there telling me it’s a state issue? It’s not a state issue. It’s a very, very serious issue right across this nation, and you just sat there and told me you’re going to do nothing.” It’s an exchange worth reporting in detail, because Bamberry set the tone of the program. She stood her ground, face set. This wasn’t about “frustration”; this was about survival.

Over the next hour, more questions about mining leases focused on a recently announced program of exploration by Santos on the Liverpool Plains, an area broadly classified as prime farming land. Health issues also loomed large: the lack of mental health services for young people in regional Australia; residents of Tamworth having to travel to Sydney for treatment requiring advanced hospital facilities. Meanwhile, the benefits of the Gonski reforms were on hold, and poor telecommunications were impeding internet access to educational facilities. Only twenty kilometres out of town the standards were third world, according to one questioner. “It’s about our future,” she said. “It’s about the needs of the next generation.”

As the discussion progressed, I felt less need for the crash helmet. Yes, there were a few stump speeches – including one from Robbie Sefton, who wanted everyone to accentuate the positive, eliminate the negative and “share the joy” – but for most of the time the panellists were forced to drop the taglines and respond to the seriousness of the issues raised. Indeed, in all the coverage I have seen so far of this election campaign, this was the most significant engagement.

It was like watching the other side of the campaign, the side that is just not on the agenda of political strategists for whom regional issues only figure when they can be targeted in marginal electorates. This pork-barrelling approach was the subject of some crisp and even-handed critique on The Project on Tuesday night. Between them, the two major parties had made sure that towns like Mount Barker, Mornington, Oakes and Townsville in marginal seats were all up for millions of dollars in new sporting facilities. It was great PR in local communities, perhaps, though contaminated air and water are not generally conducive to sporting success, and it’s a bit rough if there’s no medical facility in the area for the treatment of your neck injury. And the result is a seriously distorted distribution of funding, especially across regional Australia.

“Any political will to change any of this?” The Project’s Peter Helliar asked campaign strategist Dee Madigan. “No” was the short answer. Of course not. It’s a practice driven by political opportunism, not the needs of electorates.

Monday night’s Q&A was an anthology of all the major issues that don’t get on the campaign radar. Behind the questions asked at the microphones, other and more fundamental issues loomed. As Barnaby Joyce insisted, time and again, on the constraints of the federal budget, the elephant in the room was a challenge nobody seemed ready to make. Why are we so poor? The challenge always thrown at political leaders is, “How are you going to afford it?” Never, “Why can’t you afford it?”

Joyce showed not the slightest shame or embarrassment in asserting that the government of which he is deputy leader is too poor to afford the most essential resources of health, education and technology for large sectors of the Australian population. Isn’t it shameful that we can’t afford to provide good-quality hospital facilities to substantially populated regional towns? Isn’t it embarrassing that we no longer collectively own so many of the fine civic buildings that once defined our towns and cities? Shouldn’t it be humiliating to any democratic government in a developed country to be faced with evidence that children are being brought up in areas where the air and water is destroyed by industrial pollution? Apparently not.

The second looming question is, “Why are we so poorly governed?” So many of the challenges put to the panel were testimonies to massive failures of coordination between state and federal governments. The more remotely you live from the state capitals, the more you seem to suffer from this disjunction. There is an underlying failure of vision in Australian government, going back half a century at least, a failure to see the country as a whole and to create economies of mutual benefit in rural, regional and metropolitan areas.

Tamworth was once the hub of a regional economy that served residents well. Local industry was diverse, and lines of trade hummed across the country.Instead of sweeping this model aside as part of an outmoded heritage, we should be looking at it again, and mapping it onto a national program of economic reform founded in social and ecological investments. How long will we go on playing the shoddy game of trying to seduce profiteers with the prospect of bigger profits, in the belief that they are the sole and ultimate source of prosperity for the rest of us? This is what has caused the shrinking of population in all those pretty New England towns, and the bizarre swelling of faceless suburbs in Western Sydney.

Why are we, as a nation, so bad at infrastructure, so incompetent at the processes of coordination required to do real nation-building (and all too good at the kind of pseudo-planning satirised so acutely by the Working Dog team in Utopia)?

Don’t expect these questions to be asked by members of the press club during this election campaign. Challenges like this will only come up in the volatile atmosphere of a live community exchange, and television is the best medium for getting such exchanges to a national audience.

Next week’s Q&A features Bill Shorten, but Malcolm Turnbull has refused the invitation to appear on the program. He has also refused to participate in a people’s forum in Brisbane, proposed by Sky News. He prefers to communicate through Facebook, he says, because this is the era of smartphones and social media. “This is the most exciting time to be an Australian and to participate in an election debate in the media of our time,” he is reported to have said. Facebook will engage “a vastly wider audience.” Is he aware that Q&A works in sync with Facebook and Twitter – that there was a live comment line running on Facebook in response to each question asked in Monday night’s program? Isn’t one of the principal advantages of new media that they work across multiple platforms?

Facebook and Twitter may be an easier way to sell taglines, if selling is what you are really about, and taglines are what you have to sell. Live television engagement with members of the public is high risk. Of all the media, television is the most likely to force a politician off message. The innovation argument is a feeble pretext for avoiding television, and if Shorten performs as well next Monday as he did last time he did a solo Q&A, we’ll see a new kind of asymmetry emerging in the campaign. I only hope that will continue to give the feistier citizens of this country a chance to get their concerns on the electoral radar. •