Australian tactician Lynton Crosby could win the prime ministership for Boris Johnson, but at what cost? 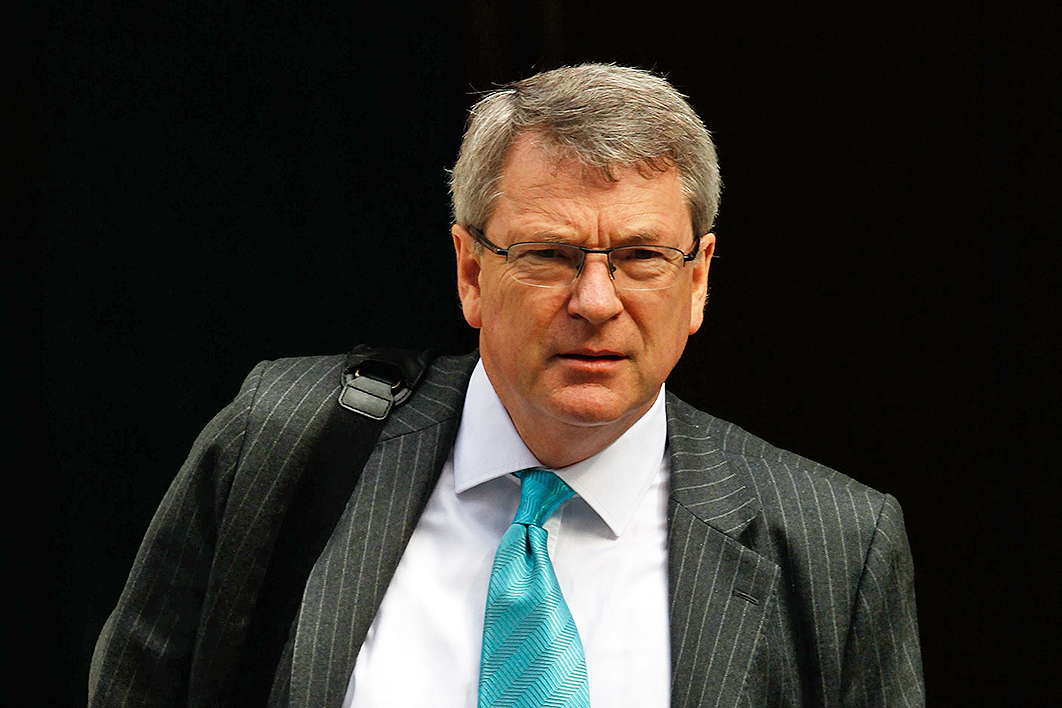 The race is well and truly on to replace Theresa May as Conservative leader and prime minister of Britain. It’s a crowded field, with enough jostling to make the outcome less than certain, but Boris Johnson, former foreign secretary, former mayor of London and Brexiteer-in-chief, is touted as the man to beat. That’s a function not just of his charisma, which is undeniable, but also of the legendary abilities of his chief strategist and confidant, Australian political guru Lynton Crosby.

Sir Lynton has been with Boris a long time — in fact, since his first run for the London mayoralty in 2008. At the time, the Australian styled Crosby as Jeeves to Johnson’s Wooster, the man who could keep the colourful conservative on message, who could stop him bumbling around, cracking jokes and seeking plaudits from constituencies that would not, ultimately, count. He succeeded — Boris affected just enough professionalism for the people of London to think he was not too much of a joke to vote for. But Sir Lynton’s value is not, first and foremost, as a candidate wrangler. It is his dexterity in the dark arts of political campaigning that make him a force to be reckoned with — a man to hire or, if one is too slow or squeamish for that, a man to fear.

What is it that he does? How did this son of a South Australian cereal farmer come to be the not-so-secret weapon sending shudders down the spines of senior Tory ministers — and, indeed, Labor leaders in Australia, back in the days he ran John Howard’s campaigns? How did he become this electoral bogeyman? Perhaps it is part sorcery — Fleet Street routinely refers to him as the Wizard of Oz — and Sir Lynton is handy with a “dead cat” distraction, but there is a broader Crosby method, a modus operandi we can see running through most of his campaigns over the past forty-odd years.

It is a technique Crosby largely imported into Australian and then British politics from the United States. He was once introduced to president George W. Bush as “Australia’s Karl Rove,” Rove being Bush Jnr’s campaign mastermind (also known as “Bush’s Brain”). It was a neat description on several levels. Not only was Rove, like Crosby, a lifelong, aggressively conservative election man, but both inherited much of their approach from Republican strategist-in-chief of the late 1980s, Lee Atwater.

Atwater’s toolkit was not for the faint-hearted: belligerent rhetoric, personal smear campaigns, push polling, and dog whistling on race. As campaign manager to Bush Snr in the 1988 presidential election, he focused almost entirely on linking the Democratic nominee, Massachusetts governor Michael Dukakis, to crimes committed by convicts allowed out of prison on weekend furloughs in his state. That effort included the iconic “revolving door” commercial, as well as others even the notorious “dirty trickster” and Trump strategist Roger Stone felt went too far. When Stone told Atwater one ad was simply too nakedly racist, Atwater reportedly dismissed Stone as “a pussy.” Dirty or not, it helped Bush win an unlikely victory, and another term for the Republicans in the White House.

Four years later, Lynton Crosby was instrumental in importing Atwater’s style of politics to Australia. As state director of the Queensland Liberals, he oversaw the 1992 campaign against Wayne Goss’s Labor government featuring claims that Labor had blood on its hands after a prisoner out on early release murdered Sunshine Coast teenager Cheree Richardson the previous year. Liberal ads in the states’ papers told readers Cheree was “dead because Labor’s policies freed her killer from jail before he’d finished his sentence.” In TV ads, Cheree’s father told votes “you’ve got to blame the government.”

It wasn’t an election-winner — at least not that time around. Labor won a comfortable majority and the commentariat largely baulked at the dirty “American” tactics, which had perhaps been imported by two Republican strategists serving as consultants, or perhaps by Crosby himself as a keen observer of the right’s fortunes internationally. Either way, this Atwater approach — exploiting unstated fears in the electorate, aggressively attacking the opposition as not just wrong but positively lethal — has remained the Crosby signature, visible in a whole series of elections he’s managed over the years.

It was most spectacularly on display in the 2001 federal election in Australia, which saw him guide John Howard to an unlikely victory by hammering home fears about border security and terrorism. In 2005, Crosby exported the same rhetorical style to Britain when he took a job advising Conservative leader Michael Howard. As one campaign line had it, “It’s not racist to impose limits on immigration. Are you thinking what we’re thinking?” For Boris in 2008, the attack ads against Labour mayor Ken Livingstone were about teen homicides and Islamic extremists allegedly running Red Ken’s campaign.

In 2015, the Tories claimed Ed Miliband had “stabbed his own brother in the back” to become leader, and was ready to ditch the country’s Trident nuclear deterrent for a deal with the Scottish National Party, or SNP. For Conservative Zac Goldsmith’s run to succeed Boris as mayor of London, Crosby’s campaign featured claims Labour’s candidate, Sadiq Khan, was an apologist for Islamic extremism. Goldsmith’s campaign even penned an article in the Mail on Sunday — accompanied by images of the 7/7 terrorist attacks — asking Londoners if they could vote for a party that counted terrorists among its friends. A Crosby campaign, like an Atwater one, goes negative and it goes for fear.

So much for tactics — what of strategy? Again, a theme runs through Crosby-managed campaigns, and again it was inherited from the Republican Party of Bush and Reagan. Sir Lynton’s long-time business partner, pollster Mark Textor, reportedly learned his craft directly from Reagan strategist Richard Wirthlin, the man who identified and successfully targeted the so-called Reagan Democrats — white working-class voters who felt forgotten by the left.

That has been the Crosby-Textor approach in nearly all the campaigns they’ve worked on. In Australia’s 1996, 1998 and 2001 election campaigns they targeted the same kind of group, “Howard’s Battlers,” in key marginal seats. For Boris in London, Crosby pursued a “blue donut” strategy, targeting Tory-leaning commuters and simply not bothering with inner-city cosmopolitans. For David Cameron in 2015, the advice was to ditch the “big society” nonsense and focus instead on the fears of a Labour–SNP coalition held by small target groups in eighty marginal seats.

So, at a strategic level, a Crosby campaign zeroes in on disgruntled voters in marginal seats and speaks to their deep fears, and only their fears. Legend has it that when he was asked why he hadn’t made the most of an opportunity to meet the Queen, Crosby replied that she was not a target voter in a target seat.

This is a minimalist approach to elections: seek out just enough votes to get over the line, speak entirely to a relatively small target group, and don’t worry about the broader effects of your rhetoric on the body politic. Indeed, don’t worry about obtaining a mandate for a broad policy agenda or building political capital to spend in government. Just get the votes, and just from the places that matter.

Sir Lynton’s formula has not always been successful. Michael Howard put a dent in Tony Blair’s majority in 2005, but that election is not remembered as a big endorsement of the Crosby method. Indeed, David Cameron subsequently had to pour masses of political capital into assuring voters his was not the “nasty” party. Zac Goldsmith’s campaign against Sadiq Khan not only failed to get the Tories across the line; it also caused a significant backlash, including among many senior members of the Conservative Party, and sullied the reputation of Goldsmith, who had been seen as a rising star. Indeed, Crosby even failed to make magic happen for Boris in the last Conservative leadership contest.

But Crosby has also engineered miraculous victories. He was the architect of Kate Carnell’s surprise win for the Liberals in the Australian Capital Territory back in 1995, of John Howard’s four election victories, of Boris Johnson’s two wins in London, and of David Cameron’s unexpected majority in 2015, for which he was knighted. And Crosby’s firm (and thus his formula, if not the Wizard himself) was a key force behind Scott Morrison’s upset victory a fortnight ago. In other words, there is a reason why Sir Lynton and his method are in heavy demand.

Perhaps his latest, greatest coup is now in motion, and his man, Boris Johnson, will be elevated to Number 10. Who knows, perhaps Sir Lynton can even deliver Boris something approaching a majority in a snap general election, if one comes. But to get there, Crosby will feed rather than soothe the bitterness that now consumes Britain. His method salts wounds rather than heals them, and divides and polarises rather than forges compromises and consensus. Britain is already riven by Brexit. Can it really afford another Crosby campaign? • 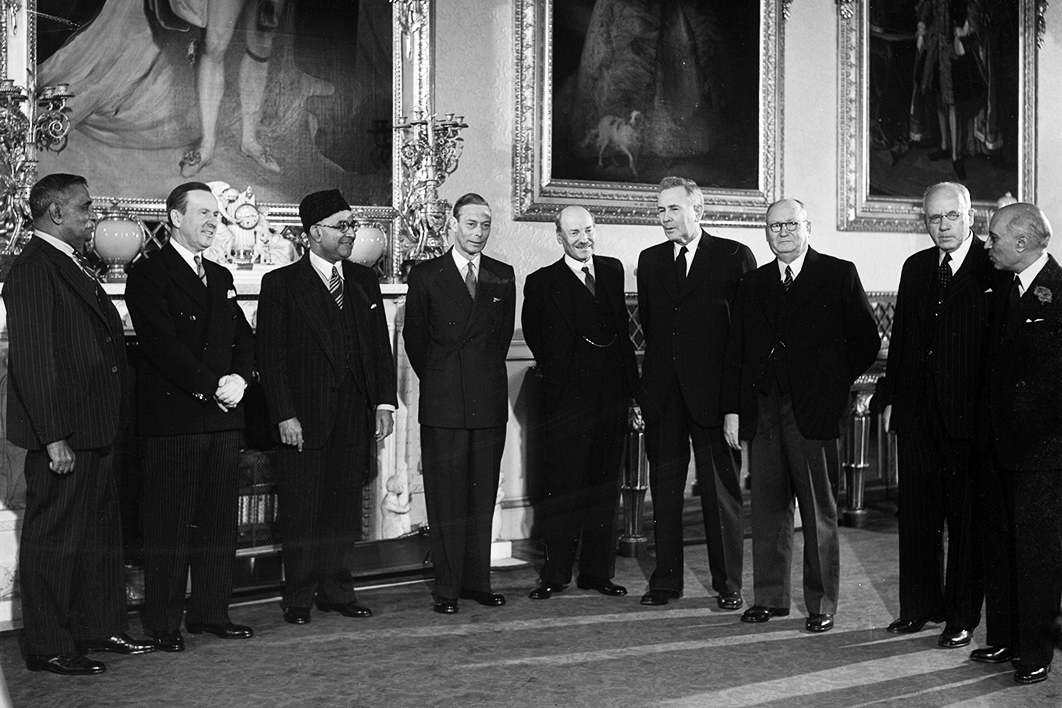