Bringing the ABC back home 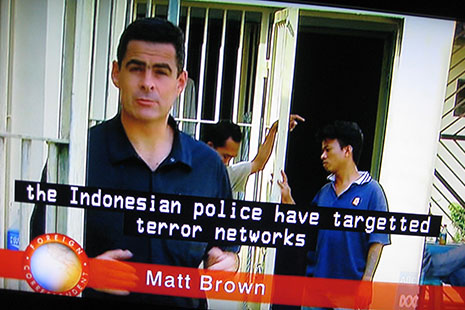 DESPITE what the treasurer and the foreign affairs minister might have tried to do on budget night, every national broadcaster has to think of itself as an international broadcaster. For the ABC, it just got $20 million a year harder.

A couple of days after the budget, the Communications and Media Law Association and the International Institute of Communications got people together in Sydney to talk about “public broadcasters.” The legal truth is that Australia doesn’t have any.

We used to have two kinds, but in 1992, the Broadcasting Services Act got rid of them both. Licensed “public broadcasters” became “community broadcasters.” That sector’s representative organisation, the PBAA, had to turn itself into the CBAA.

At the precise moment we chose to call the ABC and SBS “national broadcasters,” we were on the verge of a technological transformation: the Online Age. Until then, to broadcast internationally from Australia, you generally had to make a deliberate choice. Apart from the occasional lucky New Zealander who picked up 3LO or 4QG on a clear night, Australian broadcasters who wanted to reach overseas audiences had to erect shortwave transmitters, or buy satellite time, or make arrangements to relay their services though local terrestrial facilities, or – later – sell VHS tapes, DVDs and CDs.

For the ABC and SBS, it was no longer just Radio Australia or the Australia Network that reached audiences outside Australia: it was all of ABC and SBS Online; every radio network or radio station that is streamed; everything available on iView or SBS On Demand or apps to overseas users prepared to take the risk with VPN access.

When Bob Mansfield took a close look at the ABC around this time – the mid 1990s – he thought you could eliminate the international bit, Radio Australia, and no one would notice, because Australian audiences weren’t able to listen to it. Now, the government thinks you can get rid of the Australia Network because the international audience can’t help but notice Australia’s ABC, especially if its News 24 service is made accessible online.

Australia’s SBS used to brand its mission “Bringing the World Back Home.” As the world created new distribution channels to Australian homes, the SBS’s mission had to change.

Australia’s ABC used to be part of a global family of public service broadcasters that exchanged programs. The biggest and most significant was the BBC, and generations of Australian audiences got used to seeing the BBC’s dramas and David Attenborough’s nature documentaries on ABC TV, hearing Alastair Cooke’s Letter from America on ABC radio, and buying the DVDs and CDs in ABC shops.

But now the BBC deals with everyone. Top Gear was screened on the SBS, then the Nine Network, which also licensed the format to make an Australian version. Foxtel started buying some programs from the BBC, then some channels and finally entered into the kind of arrangement with the BBC that it used to have with its sibling, the ABC. The relationship will no doubt keep changing: the BBC will be assessing now whether the money it is receiving from partnering with a subscription TV service in Australia rather than free-to-air services is worth the loss of reach.

This shuffling recalls the earliest days of radio broadcasting in the 1920s and 30s, when the BBC and the broadcasting companies in Australia were very young. Over a period of just six or seven years, the BBC used at least four different models for dealing with Australian broadcasters.

These were baby “broadcasters,” manoeuvring around each other, crafting and recrafting the relationships that would mark the thing we call broadcasting.

Broadcasting came to be seen as a quintessential “national” task – indeed as a central part of the very process of defining states. State-owned broadcasters became synonymous with the nation states that founded them: the ABC, the BBC, the CBC, the NZBC, the SABC. But there, at its birth, the founders were thinking of broadcasting not just as a national medium, but also as an international one.

They still do, and in ways that are constantly evolving. For example, Australia exports the formats to shows like Rake and Miss Fisher’s Murder Mysteries, as well as the finished programs.

So it is curious that one of the products of that era of rising nationalism in the 1920s and 30s was a lively capacity to conceptualise broadcasting as a global activity; while today, in an era when globalisation is so present as to be a cliché, the government is asking our oldest “national broadcaster” to get back to its nation. The future for public broadcasters is going to need bigger thinking than that. •

Jock Given works at Swinburne University’s Institute for Social Research. He is chief investigator on a research project about audiovisual fiction distribution, supported by the Australian Research Council, the ABC and Screen Australia, and is making a radio documentary about Hector Crawford for ABC Radio National’s Hindsight. This is an edited version of a talk given to the seminar “Public broadcasters: where to from here?’ organised by the Communications and Media Law Association and the International Institute of Communications in Sydney on 15 May.