A purgative election has cleared the way for even bigger contests to come, says David Hayes 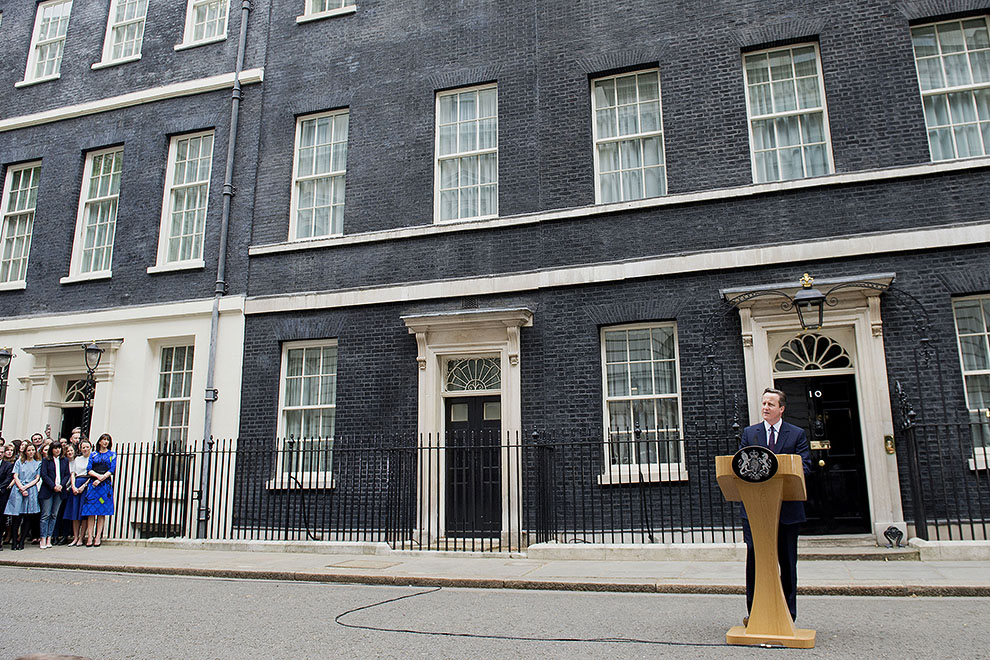 An earthquake in Scotland, a sensation in England, drama in Wales and upset in Northern Ireland. The United Kingdom can still do spine-tingling political theatre to rival its ceremony and pageantry. A thrilling climax to its election on 7 May at once mauled the expectations of pollsters and pundits, and tossed the fracturing multinational polity a fearsome puzzle. The ingenious minds of its best codebreakers will be needed to solve it.

Whatever comes next – and a many-sided debate is already under way – there is something, well, glorious about the last twenty-four hours. The people took charge, inspected their would-be governors, and made their judgement. It was a pitiless and brutal spectacle. The landscape after battle is full of corpses. Yet there is no blood. Sometimes, you’ve just got to hand it to democracy.

The big picture of this first-past-the-post election is easily stated. The pro-independence Scottish National Party, or SNP, won a stunning victory north of the border, taking fifty-six of the country’s fifty-nine seats (up from six) and reducing its Labour, Liberal Democrat and Conservative opponents to one each. (“The Scottish lion has roared across the country,” proclaimed its former leader and master phrasemaker, Alex Salmond, on winning his own constituency race.) The SNP is now the third party at Westminster. Twenty of the new contingent are women, including the twenty-year-old politics student Mhairi Black, who defeated Labour’s campaign chief and shadow foreign secretary Douglas Alexander. The face of the SNP, led by the charismatic Nicola Sturgeon, is increasingly female.

In England, the Conservatives made twenty-three gains from Labour and their Lib Dem coalition partners, in the process resisting a full-throttle Labour assault on its own flank in key marginal constituencies. The Lib Dems were harvested from right and left, their tally reduced from fifty-seven to eight. Labour lost twenty-six seats, modest enough but shattering when set against their expectation of advance after a confident campaign. The anti-immigrant United Kingdom Independence Party, or UKIP, held one of its seats, though the other was reclaimed by gleeful Tories, and the party’s foghorn leader Nigel Farage failed in his own bid. Their reformist winner, Douglas Carswell, highlighted the inequities of first-past-the-post: he was the sole beneficiary of UKIP’s 3.8 million votes (12.6 per cent), whereas the SNP’s haul was won with a far more concentrated 1.4 million (4.7 per cent of a UK-wide total, 50 per cent of Scotland’s).

In Wales, the Conservatives’ advance and the Lib Dems’ collapse was the story of the night, the former winning eleven seats out of forty (up three). The nationalist Plaid Cymru, whose leader Leanne Wood had gained a UK-wide profile thanks to the live TV debates, held its three seats (though was again beaten by UKIP in vote share). In Northern Ireland, the rump of the once dominant Ulster Unionist Party twitched into life by winning two seats, one from Sinn Féin.

Anticipated from early in the night but confirmed only after many hours of declarations – from Sunderland in England’s northeast to Cornwall in the far southwest – was that the Tories had done what very few had predicted: they had passed the threshold of 323 seats required for a simple majority in the House of Commons. In the end they won 330 (omitting the speaker John Bercow’s uncontested seat) to Labour’s 232, doubling the gap between them. In these terms it is Labour’s worst result since 1987.

Thus the Tories can in principle govern alone, without need of either a formal coalition with minor parties, or their deal-making support. For prime minister David Cameron, it was “the sweetest moment”: after five years as prime minister, he had delivered outright victory to his demanding party, and enhanced his authority more widely.

For Labour, by contrast, it was a loss without limit, in the first instance for its leader of five years, Ed Miliband, whose wager that a left-wing populist agenda targeted at defined sectors of the population would carry him to power had crumbled to dust. Labour has pockets of strength, including inner London, but without Scotland – the party’s birthplace and eternal resource – it is orphaned. UKIP has made substantial inroads into its support, and plans to tunnel further over the next five years. Ed resigned at noon on 8 May, his farewell to party workers an exhausted refrain of his campaign theme. (He joined Farage and the Lib Dems’ Nick Clegg to make it three departures in under an hour.)

Labour’s road ahead will be long and hard. David Miliband, whom Ed defeated in 2010 to win the party leadership, posted a short message on 8 May: “Deep and honest thinking required to rebuild progressive politics.”

Tony Blair, though hitherto silent about the result, will surely be another voice in the emerging post-election debate about the future of the party. He told the Economist in December that the election could turn out to be one “in which a traditional left-wing party competes with a traditional right-wing party, with the traditional result”. The former prime minister, who led Labour to three election wins between 1997 and 2005, said, “I am convinced the Labour Party succeeds best when it is in the centre ground.”

The course of events is all the more remarkable because almost all the opinion polls had placed the Tories and Labour neck-and-neck throughout the six weeks of the formal campaign, and through the many months of electioneering that had preceded it. A very few analysts had questioned their methodology and argued that a long-term trend of underestimating Tory support was distorting their findings. True, perhaps 12 per cent of voters made their mind up on voting day, but by then groupthink about a deadlocked outcome was hard-set (and shared by the parties themselves). So the collective shock was profound when the much-anticipated exit poll, revealed by the leading broadcasters at 10 pm, predicted the Conservatives would be a few seats short of a majority. It took a full four hours and a pattern of consistent results to begin to allay the caution among observers and the frank disbelief of Labour and Lib Dem spokespeople.

That moment coloured the atmosphere of the night. The polling industry’s inquest will be the most painful since 1992, when John Major’s unfancied Conservatives ended 8 per cent ahead in vote share after polls predicted a small Labour lead. (The gap this time, 36.8 per cent to 30.5 per cent, is comparable.) The British Polling Council – whose president, the esteemed academic John Curtice, oversaw the exit poll – has announced an independent inquiry. Some of the early post-election comment laments how poll findings drove (and distorted) much media coverage of the campaign; the columnist Steve Richards, a consistent sympathiser of Miliband, had already written that their “intoxicating ubiquity” leads “to an unyielding focus on what the result might be rather than on what it should be” and that they should be banned for the duration.

But in this, as in other areas, it was several elections in one, and “except in Scotland” remains a useful watchword. (There was a difference even in turnout, where the Scots’ 71.1 per cent was 5 per cent above the United Kingdom’s as a whole.) Here the polls, also consistent over a lengthy period in projecting that the SNP would sweep the board, got the result right. It’s worth reiterating that the party, which has governed north of the border since 2007, won half of Scotland’s vote. Of the rest, a traumatised Labour took a quarter and the Conservatives, led by the sharp and popular Ruth Davidson, a seventh. The SNP dominates that politics, but it is not “Scotland” – an important distinction which politicians and commentators of left and right south of the border tend increasingly to ignore.

This is not to diminish the SNP’s formidable achievement, which is social-psychological as well as strictly political. (Put another way, the party has crafted a profile that appeals to many contemporary Scots’ scale of values and sense of their country and themselves.) In turn that contributes to what the Spectator’s Alex Massie, a perceptive unionist, describes as an evolving “psychological estrangement” between Scotland and England “with political consequences.”

The asset will now be deployed in London, with Salmond – who will surely lead the party in Westminster – already talking up its capacity for making waves. He said that the election result showed the Conservative government had “no legitimacy in Scotland,” a view that his successor as first minister Nicola Sturgeon pointedly did not endorse when asked. She said the SNP group would not be in parliament “to disrupt or destroy.”

The SNP is playing a long game whose desired result is Scotland’s independence. It has a far more strategic view of this constitutional aspiration than its Westminster adversaries have about anything. At the same time, Nicola has repeatedly stated that the election campaign was not “about” independence and that another referendum is not on the cards. The party’s medium-term priority is Scotland’s parliamentary elections in May next year, when a third consecutive term would give it the space to hold a rerun if it judged that a substantial majority was in sight. Current polls show 47 per cent favour independence, up from the 45 per cent “yes” vote in September’s referendum.

The election result puts the short-term spotlight very much on Westminster, where Scotland heads a rising constitutional wishlist. Cameron, speaking to the media after a ritual meeting with the Queen at Buckingham Palace, reaffirmed his commitment to post-referendum reform pledges, concluding with a cursory reference to “fairness for England.” More significant are reports on 9 May that Cameron and Sturgeon – present the day before at commemorations of the end of the second world war in Europe – had agreed to hold formal discussions about Scotland. The seeds of a more expansive offer from the UK prime minister, one that would suit his penchant for the grand gesture, might be here. The stakes are high: Cameron – himself of Scots ancestry – could yet turn out to be the United Kingdom’s last prime minister.

Attention now turns, too, to proposed negotiation with the European Union over reforms in Britain’s interest, which would then be put to a referendum. This whole process is fraught with peril for the Conservatives, many of whom fear a repeat of the 1990s, when Major’s government was consumed by party rancour over its European policy. Add potential Brexit and Scoxit to the economy, social policy, defence and security issues – and then factor in a near-zero majority in a more turbulent parliament – and the potential for derailment of this Tory government is vast.

The election has opened a new political cycle with a bang. Within twenty-four hours, it has astounded the political and media classes, transformed the country’s political geography, replaced coalition with single-party government, ejected three party leaders, played havoc with the emotions of millions, and opened a fresh political vista. Not bad for a minute’s work with ballot paper and pencil. Sometimes, you’ve just got to hand it to the people. • 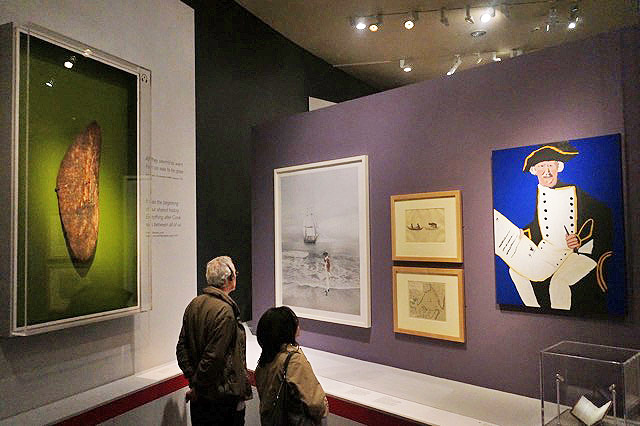