Shadow attorney-general Mark Dreyfus has pointed to Britain’s parliamentary oversight of security agencies as a way of moderating Australia’s latest security laws. In London, Jessie Blackbourn looks at how it works 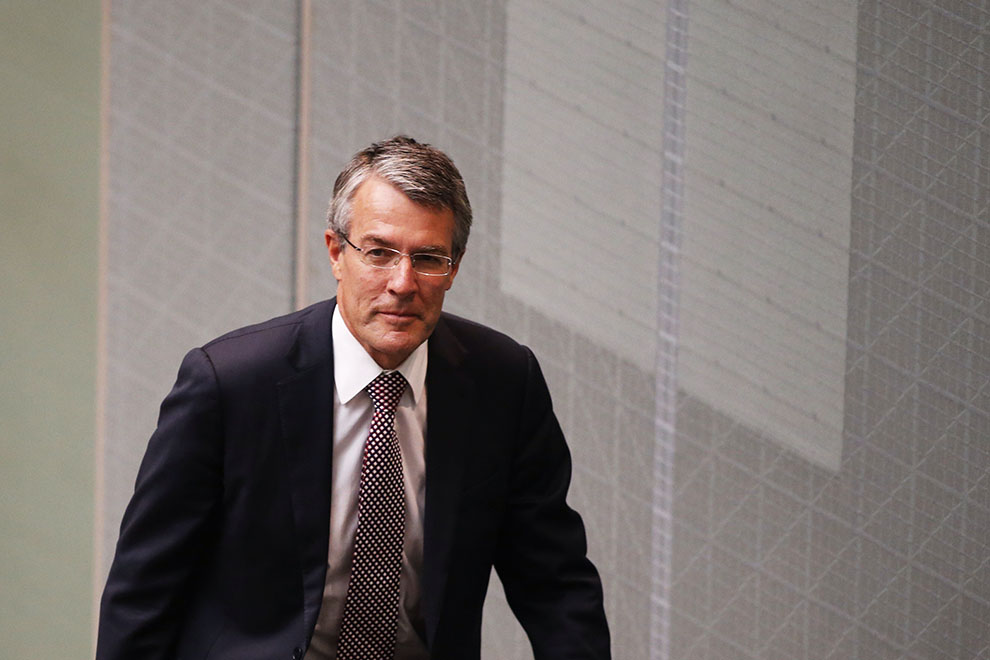 In a series of unusual moves over the past couple of weeks, Labor has exhibited what looks like a degree of regret over its recent support for the federal government’s new wave of national security laws.

First to break ranks was Anthony Albanese. In an interview with SkyNews shortly after he and his colleagues voted to enact the government’s Foreign Fighters Bill, he conceded that the legislation had not received sufficient parliamentary scrutiny. Although Labor leader Bill Shorten initially disagreed with that assessment, he subsequently wrote to the prime minister, Tony Abbott, asking him to refer the legislation to the Independent National Security Legislation Monitor for review. So far, Abbott doesn’t appear to have taken up the proposal. That is perhaps no great surprise: the Coalition government doesn’t seem to set much store by the office of the Independent Monitor. Earlier this year it tried unsuccessfully to abolish the office, and it has left the position unfilled since the inaugural Monitor, Bret Walker SC, stepped down in April.

Shadow attorney-general Mark Dreyfus is the most recent Labor MP to propose increased oversight of Australia’s new national security laws. In an interview with the Saturday Paper late last month he suggested that the Parliamentary Joint Committee on Intelligence and Security, or PJCIS, should be given greater powers to scrutinise the work of the intelligence and security agencies. He pointed to Britain’s Intelligence and Security Committee of Parliament – a committee, he says, “which has full access to operational information” – as an example of what an enhanced PJCIS might look like.

It is true that the British committee has some advantages that the PJCIS does not enjoy. As Dreyfus highlights, it not only examines the expenditure, administration and policies of the intelligence and security services but also – unlike its Australian counterpart – oversees their operational activities. But its capacity to inquire into operational matters is constrained: it may oversee operational matters when the prime minister asks it to, or when those matters are of “significant national interest” but not part of an ongoing intelligence or security operation. In these circumstances, the committee is granted impressive powers to elicit information from the agencies.

Those powers are not unlimited, however. According to the legislation governing the committee, the heads of Britain’s three intelligence and security agencies, MI5, MI6 and GCHQ, can inform the committee that the information it seeks “cannot be disclosed because the secretary of state” – the relevant government minister – “has decided that it should not be disclosed.” The secretary of state may decide that disclosure is not in the interest of national security or that the material is “sensitive.” The term “sensitive” covers information that might compromise the operational methods of the intelligence and security agencies, might reveal details of particular operations, or has been provided by a foreign agency or government that has not consented to its disclosure.

These exemptions add up to an extremely broad constraint on the Intelligence and Security Committee’s powers – a constraint that might be exploited by a government that wished, for example, to cover up some embarrassing information. More importantly, the system places responsibility for disclosure with the subject of the oversight, not with those given the job of overseeing it.

The British committee doesn’t have to wait for operational matters to be referred to it by the prime minister; it may also initiate an examination of any matter on its own terms. Where it does so, though, its already limited access to operational material no longer applies. The committee’s consideration of the matter will be “limited to the consideration of information provided voluntarily” by the security and intelligence services. In other words, when the committee seeks to provide oversight beyond that asked of it by the government, it relies on the willingness of the security and intelligence agencies to provide the relevant information, which they are under no obligation to do.

Where the committee is granted access to operational material, it must give the prime minister the opportunity to censor the content of any report it intends making to parliament. Redactions have been frequent, and the committee has been criticised for being too accepting of the government’s requests.

While Mark Dreyfus’s proposal to reform the PJCIS certainly merits consideration, it shouldn’t be seen as a substitute for improved parliamentary scrutiny of legislation or better use of existing oversight mechanisms. The Independent National Security Legislation Monitor already has access to the classified material held by Australia’s intelligence and security agencies and by government departments, and the inaugural Independent Monitor, Bret Walker SC, used these powers to good effect. (Walker examined all of the relevant Australian Federal Police files each time a control order was either issued or considered, as well as every file created by the Australian Security Intelligence Organisation regarding a questioning warrant.) Although the Independent Monitor must report to the prime minister in the first instance, the PM has no power to alter or redact the contents of a report or prevent it from being published in the parliament.

These powers make the Independent Monitor a powerful office of oversight – or potentially so, given that the role is vacant. Rather than tinkering around the edges of the parliamentary committee system, it makes more sense to invest in this existing system of oversight.

Labor must also play its part in scrutinising the intelligence and security agencies. While it is in opposition, it needs to provide effective parliamentary scrutiny of any new legislation that seeks to enhance the already extraordinary powers of the intelligence and security agencies. If it worries less about being seen as “soft on terrorism” and more about holding the government to account, then maybe Labor can avoid having to find new ways of retrospectively moderating legislation it helped to enact. •

Jessie Blackbourn is a Lecturer in Politics and Human Rights at Kingston University in London. Her book Anti-Terrorism Law and Normalising Northern Ireland has just been published by Routledge.

Essays & Reportage Twelve vexed Canberrans Jeremy Gans 21 November 2022 What did we learn about juries from the abrupt conclusion to last month’s trial of a ministerial staffer?
Close