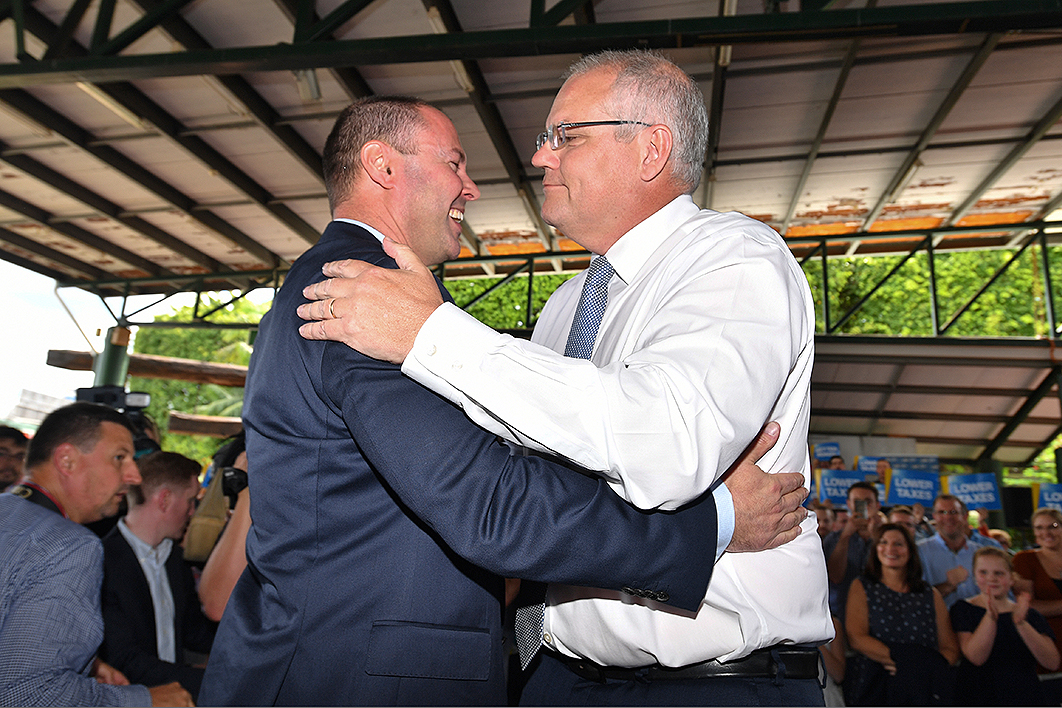 When ridicule begins to feature in election campaigns, those on the receiving end should start worrying.

For one thing, the joke, like mud, seems to stick. Gough Whitlam called Billy McMahon, the prime minister he went on to defeat in the 1972 election, “Tiberius with a telephone.” Almost half a century later, this reference to McMahon’s pathological plotting is the title of Patrick Mullins’s well-received biography of the former PM.

During the 1983 election campaign, prime minister Malcolm Fraser said that people should hide their money under the bed if Labor were elected. They couldn’t do that, his opponent Bob Hawke famously responded, because that’s where the commies were — a reference to the Coalition’s “reds under the beds” scare campaign of years past.

Trying to scare voters witless about the intentions of the other side has long been considered the most potent weapon in the election arsenal. But this campaign is showing that old-fashioned ridicule can spike the guns just as quickly.

Last week, betraying something similar to Fraser’s desperation, Scott Morrison claimed that Labor’s target of 50 per cent sales of electric cars by 2030 would spell “the end of the weekend.” Small business minister Michaelia Cash chimed in with a promise to “stand by our tradies and save their utes.” Labor saw the opening and made them look very silly.

The Liberals and Nationals used to do a good line in ridicule of Wayne Swan, the treasurer who promised year after year to deliver a budget surplus that never materialised. Then, in 2012, Joe Hockey made the equally solemn promise as shadow treasurer to deliver a surplus in the first year of government and in the subsequent years of a Coalition first term.

Seven years later, we’re finally Back in Black, the title of the Liberals’ unofficial campaign theme song, borrowed from AC/DC. Well, not quite, but we’re promised a surplus this financial year and every subsequent one, more or less to eternity. Say it often enough and it may even come true — or, as the lyrics go:

Of course, the real calculation here is not the budget but politics. The opinion polls show that voters think the Coalition is a better economic manager and the surplus is held aloft as the great manifestation of that fact.

We all know what happened during the last Labor government: it squandered the surplus inherited from the Howard government and left us with a mountain of debt. At least that’s the perception and it’s not easy to shift, even if the reality is somewhat different.

The global financial crisis erupted the year after Kevin Rudd’s election in 2007, with the resulting economic slowdown putting budgets around the world into deep deficits. The Labor government, on the advice of Treasury, decided to counter the slowdown by spending billions on cash handouts and programs for new school buildings and insulation. With the help of Chinese demand for our minerals, this kept the economy out of recession but resulted in the budget plunging from surplus to deficit.

Not all the money was spent wisely, and a Coalition government may well have been more restrained. But it could not have avoided the falling revenues and increased spending, particularly on welfare benefits, that made a deficit inevitable. Such subtleties don’t gain much traction during an election campaign, though.

A budget deficit in the circumstances of 2008, as in any marked economic downturn, is not only inevitable but a good thing. The alternative is cutting spending so hard that it matches the loss of revenue — and makes the recession worse. As it happens, it was government spending, by both the federal government and the states, that accounted for more than half of last year’s not very impressive economic growth.

The parallel politicians draw between the federal budget and household budgets is misleading. Unlike households, governments can pay for deficit and debt by raising more revenue. Yes, there is a limit, as Greece found out in the wake of the GFC, but we are a long way from that situation.

As economist Warwick Smith pointed out this week, federal budget deficits have been the norm ever since Federation. There were certainly surpluses during the Great Depression, but then the world woke up to the fact that government austerity was increasing unemployment and making the situation much worse. Deficits persisted throughout the long Menzies years and for much of the period since.

Surplus budgets were handed down by the McMahon government and (here’s a surprise) twice by the Whitlam government, but then the economy went pear-shaped and we saw another run of deficits. Paul Keating as treasurer finally brought home the bacon, as he put it, and delivered three surpluses before the budget was overwhelmed by recession. Peter Costello reeled in the deficits with the help of strong economic growth and brought down ten budget surpluses.

The problem with deficits is that they generate debt, which has to be repaid with interest. Despite the long string of deficits during the Menzies era, Warwick Smith says that debt actually shrank to negligible proportions as a share of the economy the postwar boom. Under Costello, government debt was paid off completely — a rare occurrence.

It makes sense to put the budget into the black during good times, so as to provide a buffer when the economy slows down. But it is not, despite government boasts, the ultimate proof of economic virility.

For one, chance plays a big part — as Costello said in the wake of last month’s budget, which continues the fashion of promising tax cuts and surpluses as far as the eye can see. “Since we can hardly tell you what’s going to happen in the economy in the next six months, the idea we can tell you where we’ll be in 2030 — I wouldn’t take that to the bank,” he said.

If coal or iron ore prices go down, if wages keep on refusing to grow, if the international economy turns sour — to give just a few examples — the surpluses forecast by both the Coalition and Labor will disappear quicker than a puff of smoke and the budget will stay in the red. As it should. Even if it invites ridicule. •

A story that refuses to accept its own moral

Books | Was the Vietnam war a failed but noble bid to save a free nation, or a stubborn attempt to thwart self-determination? 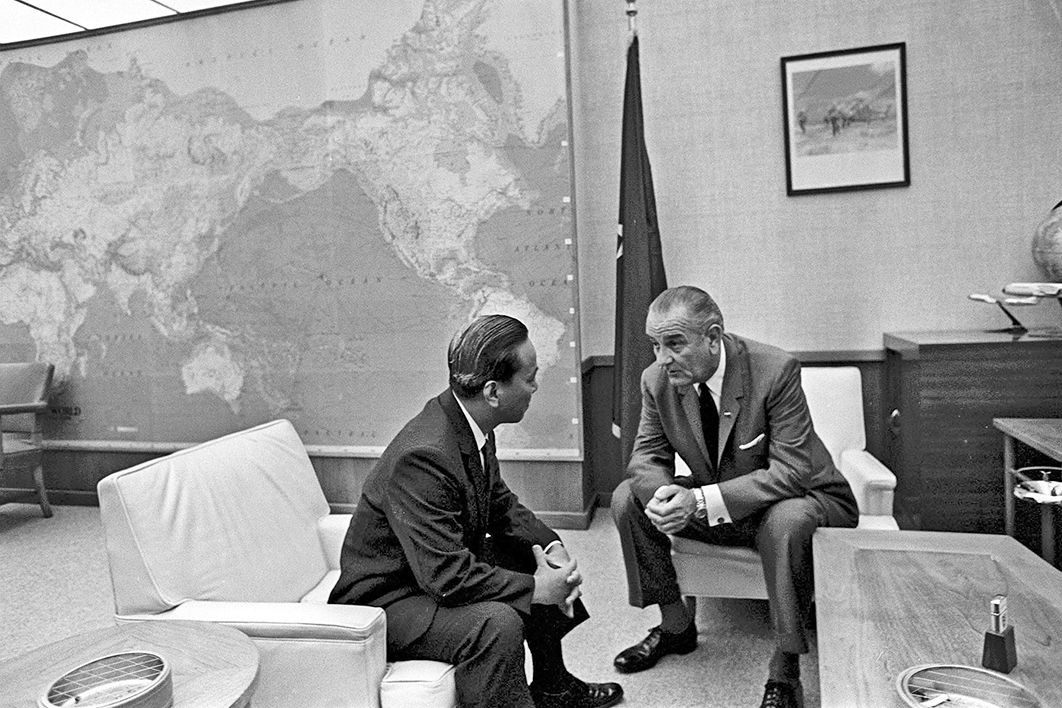