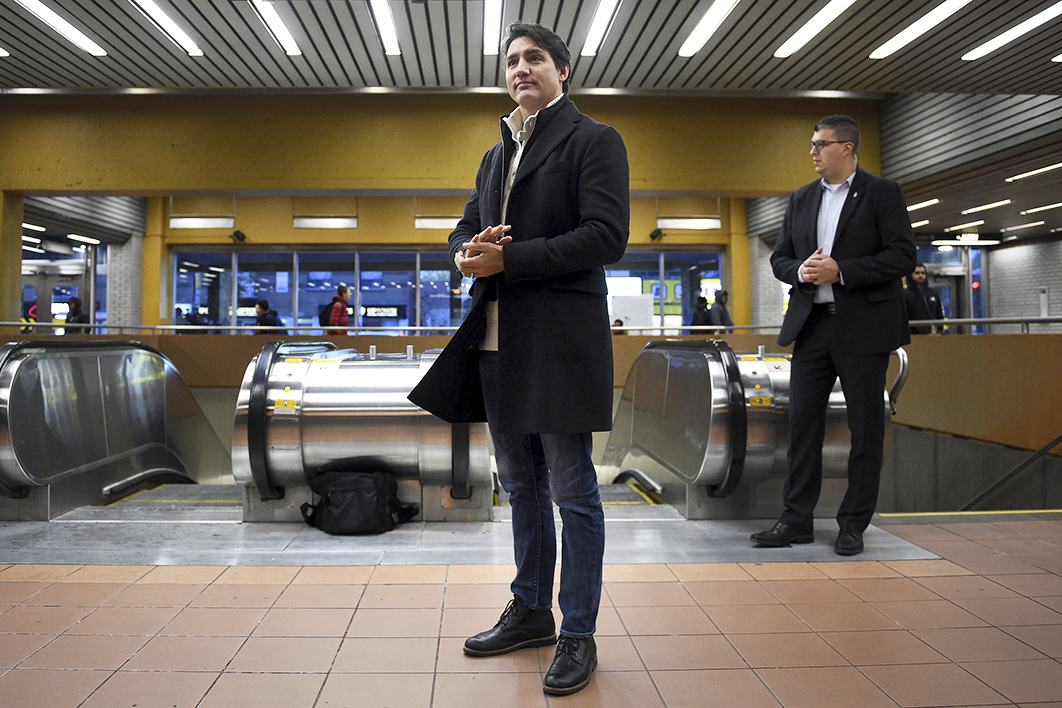 In the end, despite the many possible scenarios advanced during a tight campaign, Canada’s election turned out much as the polls and most observers expected. Prime minister Justin Trudeau’s Liberals were returned with less than an absolute majority in the House of Commons — 157 out of 338 seats — and twenty fewer seats than before the poll.

The fact that Trudeau must now bargain in a hung parliament, as his predecessors did in the three minority governments of 2004–11, is no great surprise. Less anticipated was the apparent resurgence of regionalism as a dominant factor in Canadian politics.

Despite Trudeau’s missteps and broken promises, the Liberals’ opponents, the Conservatives under Andrew Scheer, recorded only a modest increase in numbers, to 121. The third party, the New Democrats, lost proportionately more seats than the Liberals, down from thirty-nine to twenty-four, and the Green Party managed three seats, a tripling of their historical pattern but still marginal. While dissenting former Liberal cabinet minister Jody Wilson-Raybould was re-elected as an independent MP, former Conservative Maxime Bernier’s xenophobic People’s Party was routed, with Bernier even losing his own seat.

The election’s big surprise was a comeback by the nationalist Bloc Québécois party. Created during the national unity crisis of the early 1990s, the Bloc won dozens of seats in every election in the 1990s and early 2000s but slid to only four in 2011 and a modest ten in 2015. On Monday, though, it captured thirty-two of the seventy-eight Quebec seats and is poised to exercise significant influence in the hung parliament. A regional breach also emerged in Canada’s west: not a single Liberal was elected in the provinces of Alberta and Saskatchewan, which went entirely Conservative except for a single New Democrat in Edmonton.

Regional conflict has long been a significant feature of Canadian politics. But it ebbs and flows, and had become less evident under the governments of Stephen Harper (2006–15). Partly this reflected Harper’s strong base in the west of Canada, along with a general policy of decentralisation that mollified the provinces. But it was also because Harper chose to polarise the country around the type of class warfare preferred by the political right, targeting intellectuals, urbanites and the public sector against ordinary “taxpayers” and suburban and rural Canadians. This modified class warfare was the primary cleavage of the Harper years, fuelled by a combative style of permanent campaigning.

Justin Trudeau was elected to overcome this polarisation, promising “sunny ways” and a more inclusive style of governance. And to some extent he delivered, though with some turbulence along the way. But the diminution of the cleavages from the Harper era has allowed other conflicts to reassert themselves — conflicts less amenable to sunny ways, however defined, and to Trudeau’s personalised, cosmopolitan style. And while Harper dampened expectations, regional and otherwise, Trudeau raised them. The resulting disappointments were translated into this week’s election results.

Regional conflicts take several forms. One is over the distribution of money and resources, with each province battling for its “fair” share; another is a jurisdictional fight over control and autonomy. These are typically the core concerns for Quebec (among other provinces) and clearly fuelled the return of the Bloc Québécois, which downplayed its traditional focus on sovereignty in favour of a simpler quest to pursue whatever it sees as best for Quebec.

Conflicts over distribution and jurisdiction are difficult but at least negotiable. The most challenging tensions arise when regional concerns intersect with other dimensions. Such has been the furore over Quebec’s Bill C-21, which restricts the wearing of “religious symbols” by public servants in “authority positions,” such as teachers. The provisions are broadly supported in Quebec but opposed in much of the rest of Canada, where they are seen as an attack on diversity and inclusion. The national party leaders were all pressured during the election campaign to declare whether they would pursue a constitutional challenge against the bill.

The Bloc Québécois presented the issue as one of provincial jurisdiction, and professed no interest in promoting the restrictions elsewhere in Canada. The perceived need to protect C-21 from federal interference was another and perhaps the most significant reason for its rise, even though Trudeau only cautiously pledged to consider federal intervention, and the other major party leaders vowed to keep out entirely.

An even thornier conflict involves pipelines. The landlocked province of Alberta, which holds much of Canada’s oil and natural gas reserves, has long sought to expand its international energy exports. But projects to move more oil to ocean ports have been delayed or abandoned because of environmental concerns (and in some cases access to indigenous land). And some of the key opposition has been from other provinces, notably its neighbouring western province of British Columbia, as well as Quebec, whose premier said there was “no social acceptability” for “dirty energy.”

Alberta has become increasingly frustrated over the issue, seeing it entirely in regional terms as yet another failure by “Eastern Canada” to support the province and its contribution to the Canadian economy. The issue crosses ideological and partisan lines, with Alberta’s former New Democratic Party government supporting pipelines in direct opposition to its governing counterpart in British Columbia and to the national party.

Trudeau has tried to straddle the issue, opposing some projects but supporting one, the Trans-Mountain pipeline, and even buying it outright last year from its skittish corporate owner. Yet he has received limited credit from either side. This was a dominant issue in the election, with Trudeau vilified by climate change activists for his willingness to support pipelines and by westerners for not supporting them enough. The latter sentiment led to the Liberal wipe-out in Saskatchewan and Alberta, where it was always weak but had some breakthroughs in 2015.

And the criticism hasn’t stopped. The day after the election, Alberta premier Jason Kenney amplified the issue, saying that “many Albertans feel betrayed.” Saskatchewan premier Scott Moe issued a combative statement demanding that the prime minister immediately act on the issue. By contrast, controversial Ontario premier Doug Ford, whom Trudeau repeatedly attacked by name during the campaign, wrote a conciliatory letter to Trudeau pledging collaboration.

Trudeau thus faces a double challenge. The first is the more normal one of attempting to pass a legislative program while keeping a minority government alive. This will be daunting enough but possibly quite achievable, as Trudeau still has a strong plurality of seats and can make deals with either the New Democrats or Bloc Québécois. And many have pointed out that his father, Pierre Trudeau, turned a much more tenuous hold on government into a majority between 1972 and 1974.

The greater challenge is regional. Trudeau must govern in an atmosphere of heightened regional party politics, facing combative provincial premiers as well as regionalised parties in parliament. And on many of the issues only one side sees a clear regional dimension, making it even harder to reach agreement. Trudeau has been humbled and chastened for the failings of his first government. But this new test has just begun. •

“You grow up together”: detail from Olive Cotton, Holding Camera, by Max Dupain (1937). State Library of New South Wales 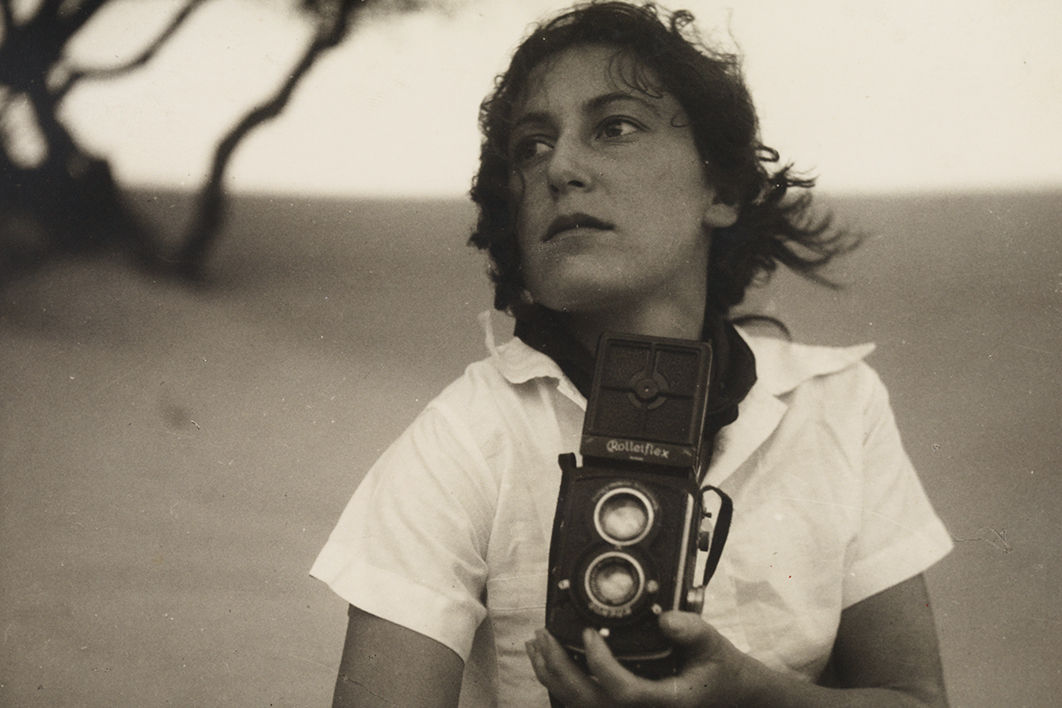 “You grow up together”: detail from Olive Cotton, Holding Camera, by Max Dupain (1937). State Library of New South Wales