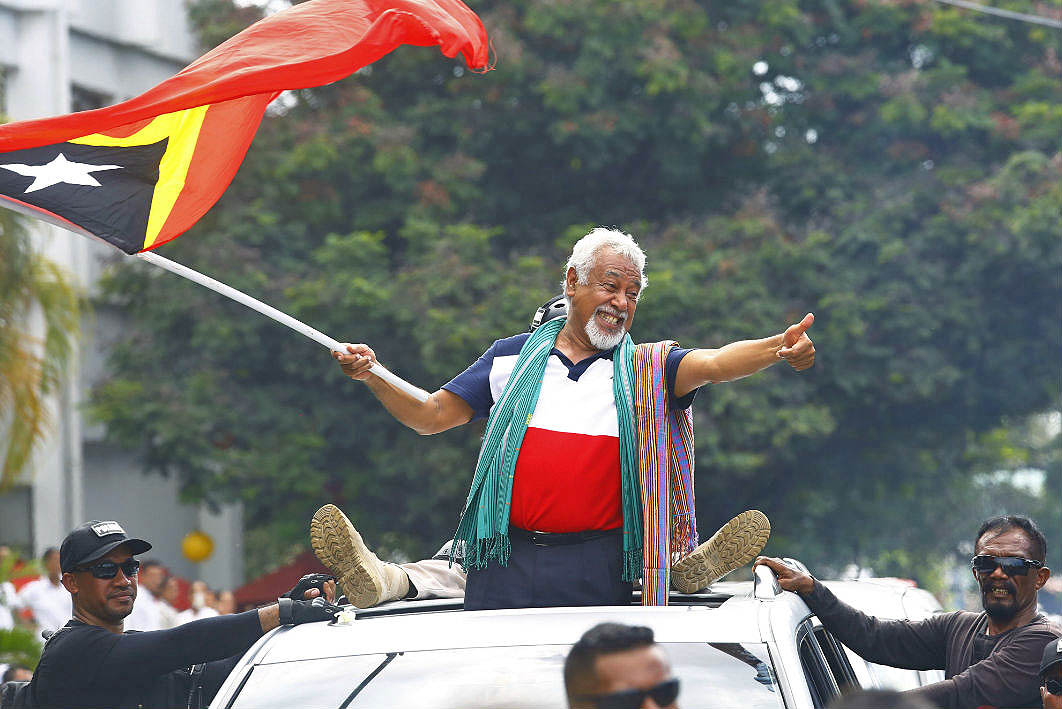 Timor-Leste returns to the polls on 12 May, ten months after last July’s election failed to produce a sustainable government. Fretilin won the largest number of seats at that election, twenty-three, but managed to recruit only one other party, the Democratic Party, or PD, to a governing alliance. Together, they could muster just thirty seats in the sixty-five-seat parliament. Installed in September as the country’s first minority government by president Francisco “Lú-Olo” Guterres (also from Fretilin), the alliance soon ran into trouble as opposition parties combined to form a post-election alliance controlling thirty-five seats, then known as the Parliamentary Majority Alliance, or AMP. By October the government’s program had been rejected by the new majority alliance in the parliament.

Dili was quiet on day one of the campaign, with Fretilin kicking off its campaign in the district of Manatuto and the AMP in Ainaro. But the election promises to be far tenser than last year’s campaign, which followed an unprecedented era of national unity between 2015 and 2017, and a period of government best seen as an informal power-sharing executive between CNRT and Fretilin. After its July win, Fretilin hoped for confidence-and-supply arrangements with other parties, but none was forthcoming. In the end, the government’s program was never formally rejected for a second time, which would have led to its fall, as Fretilin’s parliamentary tactics not only delayed its second presentation but also delayed or legally challenged no-confidence motions from the opposition. Once six months had passed since the July election, the president was able to dissolve parliament and call fresh elections. Relations between the major parties are now at a low point.

With parties combining forces for different strategic reasons, just eight parties and coalitions will contest next month’s poll, considerably fewer than last year’s twenty-one contestants. The AMP’s combination of three parties that received 29.5, 10.5 and 6.5 per cent respectively in 2017 strategically maximises its chances of finishing first and gaining a clear majority or, failing that, leading a new cross-party government as the largest parliamentary force.

Some smaller parties have formed pre-election coalitions in the hope of exceeding the 4 per cent threshold required to gain seats. The most significant of these is the Democratic Development Front, or FDD, combining sub-threshold parties that did relatively well in 2017: PUDD (2.8 per cent in 2017), UDT (2 per cent) and Frenti-Mudança (1.6 per cent). Significantly, this group is openly oriented towards the AMP. If it exceeds 4 per cent, it will also reduce the number of seats the major parties can gather — an outcome likely to particularly disadvantage Fretilin, which would need to exceed its 2017 vote share.

Another smaller coalition, the Social Democratic Movement, or MSD, combines the Socialist Party of Timor with elements of two formerly medium-sized parties, the ASDT and the PSD. The MSD’s prospects are at least reasonable, though it would need a swing on 2017 results to exceed the threshold. It, too, is likely to support the AMP in the event of success.

The PD, meanwhile, showed last year that its 9.5 per cent vote was resilient in the face of new challengers. All reports suggest relations between Fretilin and the PD continue to be good and that the two parties will be cooperative on the campaign trail, though there are also some signs of continuing internal divisions within the PD over their orientation to the two major forces.

Fretilin promised to take its program to the people if parliament rejected it, and will run in 2018 with a bold new slogan, reminiscent of Australia’s Whitlam era, “Timor-Leste Cannot Wait Any Longer: It’s Time.” The AMP is running with several new slogans, including ‘Together Unite the Nation,” using posters seeking to take advantage of their two major resistance leaders, Gusmão and Ruak. While this leader-focused approach narrowly failed for the CNRT in 2017, when Fretilin’s emphasis on development issues saw it narrowly home, the AMP has doubled down with two historic leaders of the resistance. Some AMP posters also feature the words “red line” in English, referring to a traditional oath or pledge taken by some voters last year to support Ruak and the PLP, a pledge now called into the service of the AMP. For its part, civil society has called for a new focus on policies rather than personalities, and for parties to refrain from personal attacks.

Fretilin showed its longer-term 30 per cent vote share was resilient at last year’s election. With new challengers on the non-Fretilin side of politics in 2017, this proved enough for the party to edge in front. But the scale of the challenge facing Fretilin over the next few weeks is evident in the collective vote share of the AMP’s constituent parties, which represented 46.5 per cent of the 2017 vote. The AMP’s formation means that the individual fortunes of the constituent parties will be unknown this time, though it will be interesting to watch if the vote changes from the combined total received last year.

Several new factors may also affect next month’s vote. Will Fretilin’s vote be affected by the parliamentary stand-off of late 2017, or will its program attract new voters? Will the PLP’s share of the vote be affected by the combination with Gusmão, with support from the Baucau-based veterans’ groups — an important vote base in 2017 – now reportedly divided? While the combination of Gusmão and Ruak makes sense as reuniting old comrades, some PLP supporters might also mark the party down for having run last year on a promise to spend more on basic development — health, education and agriculture — but then joining forces with the party most associated with megaproject-style development. Whether these factors prove electorally significant is another question, however, as much of the PLP vote came from the CNRT support base, and so the net effect on the AMP vote may be minor. Some in the PLP also hope that the new combination of Gusmão and Ruak will moderate the development focus of the CNRT, orienting it more towards basic development indicators. And if the AMP wins, it may nominate Ruak himself for PM, with Gusmão returning to a similar role in development as he held in the 2015–17 government.

How the new maritime boundary treaty is deployed in the campaign is another interesting question. Gusmão, as the chief negotiator, celebrated the agreement on his return to Timor-Leste, having secured a median-line boundary and an increased share of Greater Sunrise revenues. But he also quickly signalled the likelihood of a new nationalist campaign to see the oil and gas processed onshore in Timor-Leste. In the context of an election campaign, this gives his coalition two powerful nationalist themes.

As the election approaches, the AMP has the advantage of size, and will clearly be a formidable force on 12 May. The likely support of the smaller coalition most likely to take seats is another factor in its favour. For its part, Fretilin can probably rely on the support of the PD, and has the open support of important independents like José Ramos-Horta, who has thrown his support behind the minority government. In addition, the influential former Fretilin figure Abilio Araujo, a notable supporter of PLP in 2017, has returned to the Fretilin fold in 2018. The Catholic Church, once a major critic of Fretilin, has also been relatively supportive of the minority government.

In the wash-up from 2017, two things are clear. The era of national unity is effectively over, and this election campaign will reflect a far more polarised environment. Timor-Leste also missed the opportunity of the “double handover,” the two changes in power that are often seen as a key indicator of democratic consolidation. Nonetheless, whatever the outcome, the stripe of any new government is unlikely to replicate previous formations. It may be that non-Fretilin politics takes a permanent new shape, raising the question of when a leadership transition is likely within Fretilin. In the meantime, domestic and international observers will be hoping that the pact of national unity signed by the parties last week holds as the major parties face off next month. ●

Visual Arts | The temptation is to look away. But what are we really trying to avoid? 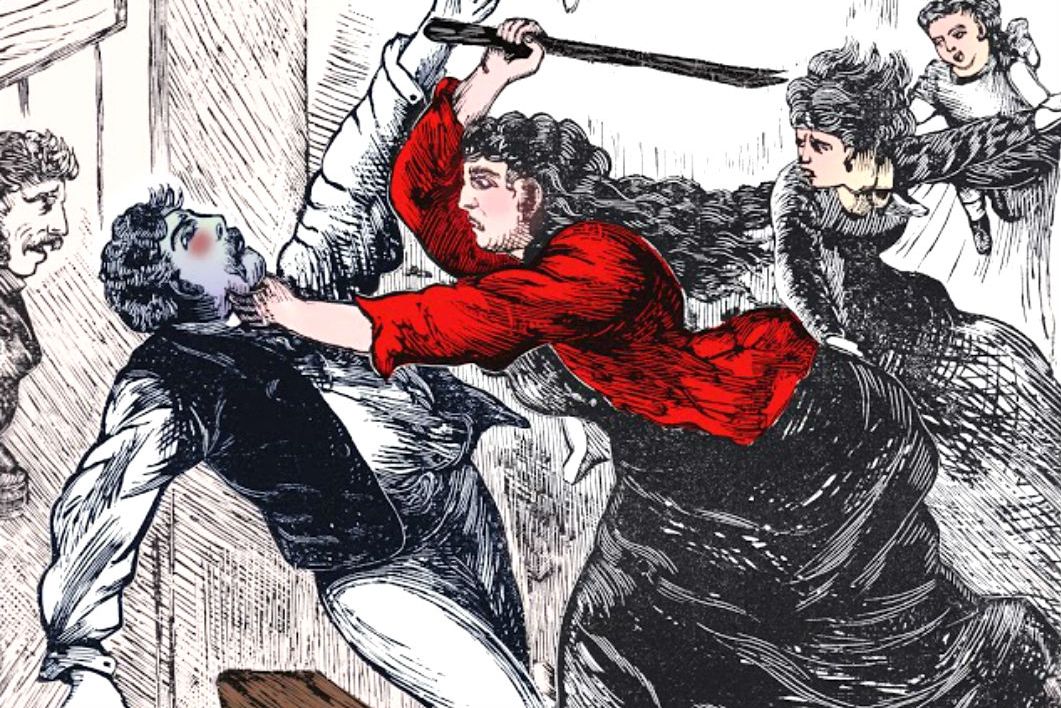