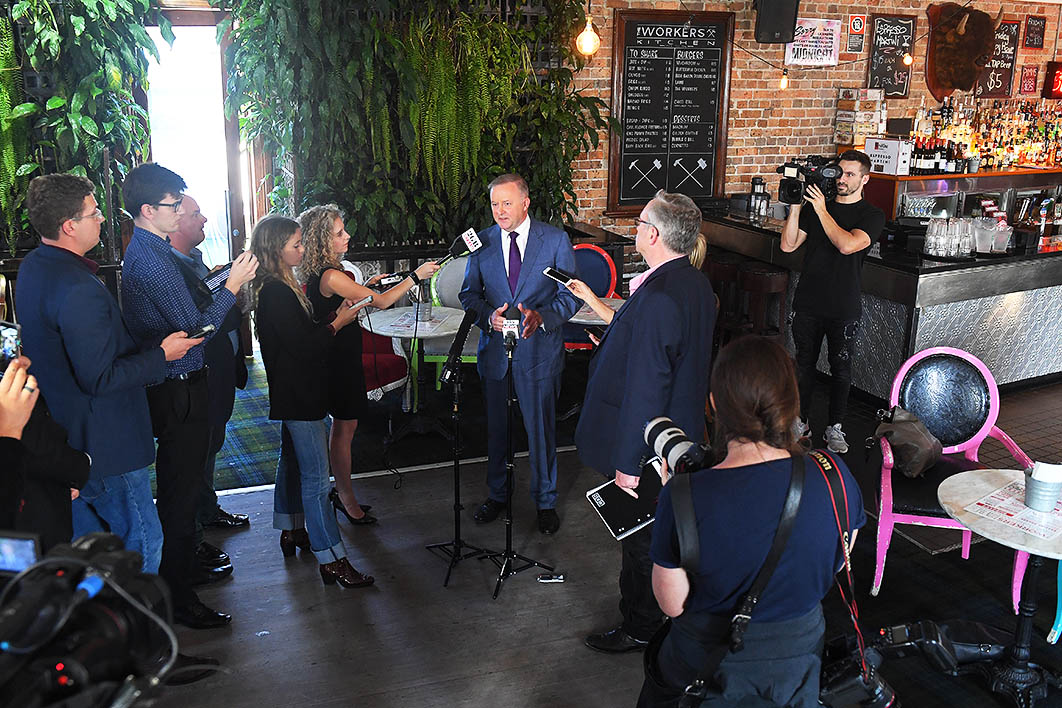 An enormous volume of post-election analysis will apear in the weeks ahead — about why the Coalition won, why Labor lost, how the Coalition will govern, and what Labor will need to do if it is to govern again. Some of this will come from within the parties themselves. Indeed, it has already begun, with figures from the Labor right, such as Don Farrell and Joel Fitzgibbon, declaring the party needs to move back to the centre.

Whatever that means. The very term reveals that they have still to absorb anything like the full implications of what has happened to them. It is easy to pretend that evocations of “right,” “left” and “centre” provide some clue about where the Labor Party might go next in the making of policy. In truth, they tell us next to nothing.

Labor’s problems in the wake of election defeat run much deeper. Does social democracy have a future in the national politics of this country at all? It’s a nice question that “right,” “left” and “centre” might all chew over together, because if the answer is that it doesn’t then the positioning of the Labor Party on some abstract political spectrum has all the significance of a parlour game.

The election result does raise very real questions about the future of social democracy in this country. Social democratic politics is redistributive politics. It is about making society more equal, and redirecting resources to those who are least well-off. If that isn’t the goal, then you might have liberalism, but not social democracy.

Bill Shorten took to the election on behalf of the Labor Party a mildly social democratic policy. There was some winding back of some tax concessions enjoyed by certain classes of shareholders, investors and superannuants. There were some plans for redistribution of public resources to the less well-off, such as childcare workers and families earning up to $67,000 per year wanting to use their services, and pensioners requiring dental care.

As Peter Whiteford has pointed out, Australia’s tax–transfer system is already very efficient by international standards in channelling spending to those on the lower rungs of the economic ladder. But this residual approach — meaning that welfare spending goes to those targeted for assistance through income-testing — also means that there is potentially great political sensitivity if a political party openly proposes to wind back tax advantages for those who don’t use welfare and direct the proceeds to those who do. Some have called it “downward envy.”

We will have to wait for the research from projects such as the ANU’s Australian Election Study about why the Coalition won and Labor lost this election. But it will need to negotiate many of the problems that seem to have dogged the polling companies in coming up with a representative sample of voters.

The anecdotage we have so far suggests that Labor’s policies on superannuation tax concessions, negative gearing and franking credits for those who don’t pay income tax damaged the party’s chances. More generally, the argument is that Labor — like John Hewson with Fightback! in 1993 — provided Scott Morrison with a big target that the Coalition successfully exploited. Shorten stumbled early in the campaign over Labor’s winding back of superannuation tax concessions and made himself look shifty. Negative gearing changes gave rise to the claim that Labor had a “housing tax” that would shred already declining property prices and lead to rent increases for tenants. The Coalition campaign on franking credits turned Labor’s policy into a “retirement tax” and gave rise to the false claim — circulated on social media — that Labor supported death duties.

Morrison tied all of these claims up in a neat package that presented the Labor Party as feckless and wasteful. A Shorten government was coming after “your money,” which it would then squander on the school halls and canteens that seem to have lived on in collective political memory long after the global economic crisis that gave rise to them has been forgotten. Labor was notably unsuccessful in countering this effort to paint it as so many Labor oppositions have been painted in the past: incompetent, extravagant and untrustworthy.

All of this seems clear enough in retrospect. Some of it was clear enough during the campaign itself, but the polls sent most of us off the trail. This may well be the kind of disaster that occurs when you stick a bunch of policy wonks in a room and give them something like free rein. No doubt they cleverly calculated that only this and that piddling percentage of voters would be affected by franking credit changes. The reduction of superannuation concessions to the wealthy would only worry people voting Liberal anyway. The grandfathering clauses of the negative gearing policy and continuation of concessions for new houses would neutralise serious opposition.

They forgot about the politics, about the ways particular policy positions can come to stand in symbolically for larger messages about what a political party is likely to do in office. But the most influential voices in the modern Labor Party don’t have to worry much over politics on the ground because they sit in safe seats or in Senate positions given to them by party machines. Very few have strong roots in the regional towns that, in so many instances, have turned on Labor with the proverbial baseball bats that were supposedly in store for use against a shambolic Coalition government.

There are good reasons why the spectre of 1993 shadowed Labor during this election and haunts it in defeat. John Hewson’s proposal for a goods and services tax — especially when considered alongside his policies to dismantle Medicare’s universalism — was resented not just for itself. Prompted by Paul Keating, voters seem to have treated it as a synecdoche for a Coalition wedded to hardline ideology. In 2019 Labor’s policies on superannuation concessions, negative gearing and franking credits allowed Morrison to do a similar kind of work to Keating’s highly successful doing over of Hewson in that earlier “unlosable election.”

As public policy, as expressions of social democratic values, Labor’s policies were (in my opinion, for what that’s worth) reasonable enough. The rational arguments for the party’s policy positions figured in the campaign and were widely accepted — by people like me who share much of the worldview of those who formulated them. But they appear not to have been accepted as a fair thing by key groups of voters — especially in Queensland and Tasmania — who have turned against Labor in their thousands.

This is not so very surprising when you begin to chew over it. In the cut-and-thrust of an election campaign, how can you convey the complex message that negative gearing changes would not affect existing investments? Or that they would not affect new investment in new properties? How do you persuade voters that their franking credits won’t be affected by the end of refunds to those who do not already pay tax? Did Labor make a convincing case to older Australians that it was not going to take away their Thursday evening pot and parma at the club?

In an age of low political trust, why would you expect voters to believe assurances of any kind? And especially when the Coalition and its allies in the Murdoch press respond with a negative campaign exploiting voters’ fears of having whichever lolly jar matters most to them taken away by a remote and uncaring government led by a bloke you don’t trust anyway.

None of this is particularly palatable to anyone who thinks governments should articulate their values, offer well-designed policies that broadly reflect those values, and do something more than simply occupy the government benches on behalf of the rich and well connected. But taking into account the disintegration of the centre left throughout much of the rest of the world, we may now be witnessing in this country the end of social democracy as a rational and redistributive movement — especially if the Coalition goes ahead with its program of tax cuts for the better-off.

In the 1950s the British socialist theorist and politician Anthony Crosland argued that governments could use progressive taxation and the welfare system to combat inequality. But he assumed that a growing economy would lift living standards generally. Economic redistribution would occur in the context of material abundance, social and economic modernisation, and cultural renewal. That would soften the impact of the changes on anyone who felt disadvantaged by the transition to a more equal society. Quality of life would be better all round.

But as it contemplates another three years in opposition, Labor faces a post–global financial crisis world of low economic growth and, at best, modest increases in productivity. In these straitened circumstances, can those arguing that Labor should move to the right tell us what this might actually mean?

Does it signal a return to a Third Way politics that elevated the market and was comfortable with people getting “filthy rich” — as British Labour politician Peter Mandelson famously put it — provided there are some crumbs available for the rest? That approach was fundamentally dependent on using proceeds from a relatively buoyant capitalism — or rather, in Britain’s case, finance capitalism — to underwrite social policy. It’s not an option post-GFC.

Does it, for Australia, mean an embrace of the coal industry? A softening of commitment to renewables? More “environmental” water for farmers? Income tax cuts for the wealthy? A reduction in business tax rates (to encourage companies to employ more salt-of-the-earth workers wearing the same kinds of high-vis vests beloved of politicians on the campaign trail)? Does it mean a winding back of welfare entitlements? Rejection of the Uluru Statement? Higher university fees? More support for private schools so that the working class can afford to send their kids there?

And if it means any or all of these things, why would anyone vote Labor when the Coalition will always be more full-throated in delivering on them? Is Labor prepared to concede more territory to the Greens, who already manage more than a tenth of the national vote while Labor — competing for government — is struggling to get its to a third.

Inevitably, after an election, there is a good deal of posturing, much of it less about ideas than about who gets to be next boss cocky. Whoever emerges in that role will inherit some unpromising acreage. He or she is likely to be busy clearing scrub for some time to come before producing anything of much value. • 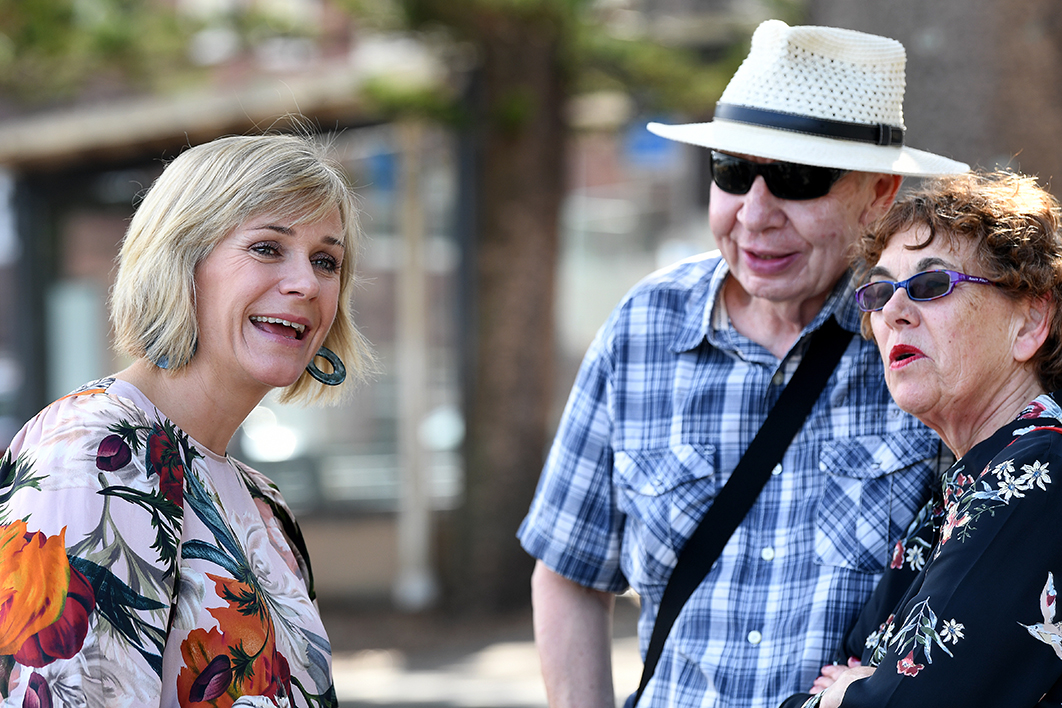