Clipping his own ticket 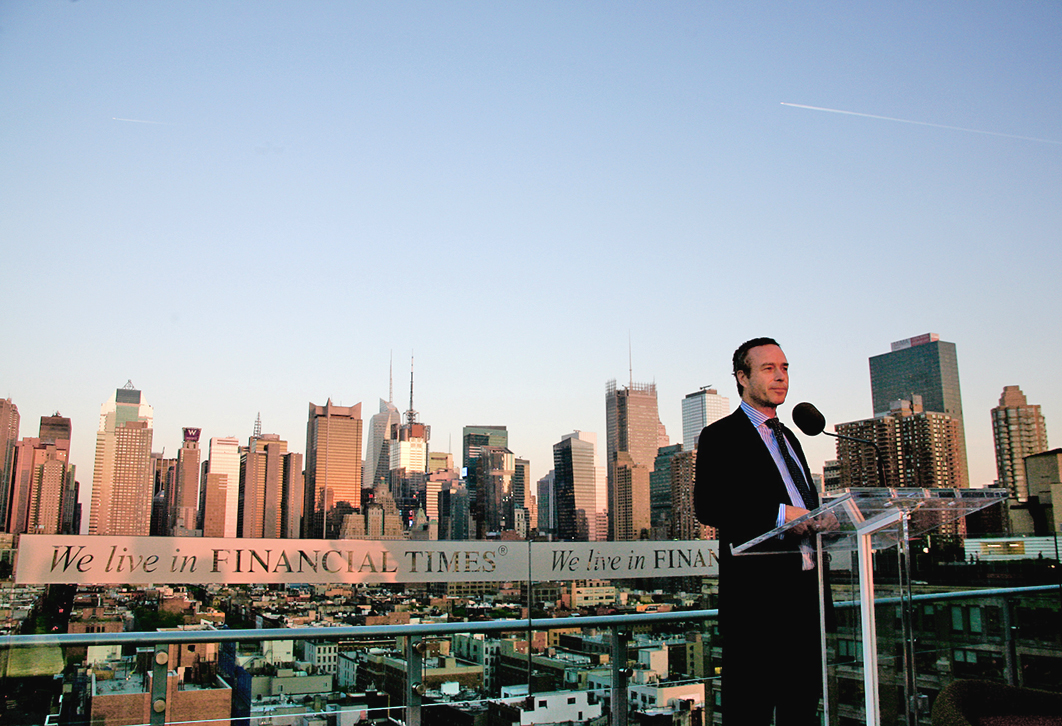 The Powerful and the Damned: Private Diaries in Turbulent Times
By Lionel Barber | W.H. Allen | $35 | 480 pages

Lionel Barber’s story goes to the heart of news media’s failings. To read it is to be heartened.

Right through the postwar years the Financial Times was a remarkable host to great journalists and a rich source of insight and revelation. But it fell into the passionless and ultimately damaging embrace of people who neither understood nor cared for its purpose, their neglect accentuated by a wholly destructive period of digital mania circa 1996–2000.

Barber, on this account, crashed into the halls of power and staged a one-man coup. The good news is that, unlike so many in the media who consort and conspire for the sole purpose of acquiring a position of power, Barber had a serious purpose. And he delivered.

At its heart, the Barber strategy was about the role the FT plays for its readers. Barber made that notion of value the foundation of his response to a new media environment in which the reader is quite literally the judge of success. The key to his triumph is how he expressed that primacy of value, and it’s important to understand this as a life-or-death issue for the news media.

Barber’s account reads as a diary, its progression of calendar highlights revealing the fragile confidence of those who take seriously the job of editing an important source of news. Amid anecdotes and fun observations is a blunt recognition of office politics; an honest acknowledgement of the reality that, often, the best sources of information are not nice people; and some unfiltered insights into the highwire act of leading smart, articulate people.

This is a book with lots of editor-meets-extremely-powerful-and/or-rich-person moments, including a quite funny aperçu in which he announces at a Washington cocktail party, hosted by Christopher Hitchens, that he aims for the downfall of Paul Wolfowitz. Barber is not sober; Wolfowitz is standing behind him. Along the way, Barber’s predecessor Andrew Gowers is cast as the man who shot the albatross, seemingly unable to find a role that didn’t quickly become associated with disaster.

Barber, on the other hand, had a ball. Most importantly of all, his account contains a trail of crumbs on a path to what, in my estimation, is the re-formation of the best of English-language newspapers.

The FT’s first digital presence was in the hands of a former consultant (it’s amazing how many people in the early digital media came from McKinsey) who aimed to drive the paper’s wealthy readership into its dairy-like partnership with a financial services company. During 1999–2000, giving away content for free, the FT lost serious money while peers were clocking record earnings from the dotcom boom and Y2K ad spends. (A personal recollection: I met the FT.com guru in 1997 and just after, at the Economist, I was confronted by the contrary attitude: “Why would we build a website?” The point being that there was no money in it. The FT’s owner, Pearson, owned half of the Economist.)

Barber grabbed the editorship in 2005, when the FT was still losing money and lustre within a company, Pearson plc, that had been whittled down from a rich menagerie of random assets and turned into a global education business. With a newspaper.

The reader is left to wonder what the FT’s chief executive, John Ridding, wanted when he replaced Gowers with Barber. Barber says he went in with a plan to meet the demands of the internet’s influence on reading habits and media business models. He describes five “strategic imperatives,” the first being to develop the newspaper and website in tandem.

FT.com had been run as a wholly separate operation. It was striking to visit its City offices at 1 Poultry EC2, a postmodern edifice with windows framing the Bank of England. (In sharp contrast, the newspaper had moved from its historic Bracken House to a utilitarian office block adjacent to Southwark Bridge.) Where the FT, at its best, offers an intelligent view of events and insightful interpretations of complex affairs, the initial FT.com strategy had all the subtlety of its pink stone office building. (Not much.)

Barber’s first principle relied on creating a valuable news media product, whether in print or digital form. Four further points reinforced that choice: building on its international audience, restoring its strength in British business news, sharpening its (global) financial news, and investing in talent. In reality, this could only be a plan if someone with authority backed it by turning editorial value into cash. Barber had such a person in Caspar de Bono, whose curious title was, and still is, managing director B2B.

“Editorial transformation was key to the FT’s commercial proposition, which relied heavily on business subscriptions from banks, accountancy and law firms,” writes Barber. “This B2B business was run by Caspar de Bono, a brilliant, obdurate man who spoke in short sentences.” Barber doesn’t claim it, so I expect that either Ridding or de Bono were the people who took editorial faith to the bank.

The FT went back to paid subscriptions in 2001. (I suspect it had no choice, given the damage done to what had been a premium product.) Over the next few years it gradually adopted what it now calls a direct relationship with readers. Translated: it cut out the aggregators — notably Dow Jones’s Factiva database, which is effectively a discounter of premium news to premium clients, but also Apple’s and Google’s app platforms — and generally began a steady progression towards what is now a pricey subscription even for larger organisations. As it progressively advanced its value-gathering, the FT refused to allow anyone else to clip the ticket.

Barber had a tough task as the public face of a pricing strategy that, as de Bono once said, reflects the culture. Journalists — especially columnists — like big audiences, and the internet gives egos a metric. Barber had to manage the inane “information must be free” argument. But he goes to the heart of this matter in an anecdote about Steve Schwarzman of Blackstone, a Wall Street big shot.

The FT sued Blackstone over its staff practice of sharing FT passwords to avoid paying extra subscriptions. When Barber meets Schwarzman in a conference at the Davos forum, Schwarzman predictably claims that the FT’s pricing is extortionate. Barber talks about the FT’s survival, then tells Schwarzman, “So there comes a moment when I say: fuck you.” “I get it,” says Schwarzman.

Two ideas came to challenge journalists in this time. One was celebrity. Social media offers the illusion of fame, with evidence. It is a beast that demands feeding and rewards bad behaviour. The second idea was even more dull: the idea of 24/7 instantaneous news. Barber treats this as an issue of his “platform neutral” position, which is to say: at some point the website gets first dibs and the newspaper comes second. Here, he doesn’t engage the wider issue of news as a commodity.

I like to imagine I can take some personal credit for the big event in the FT’s recent history. In about 2009, I pitched to the Nihon Keizai Shimbun the idea that they should join with an English-language publisher to take advantage of its extensive news sourcing in Asia, and especially China. I got no bites as representative of the Australian Financial Review. But the Nikkei CEO I pitched to was the same one who bought the FT in 2015, saving it from the alternative ownership of Axel Springer. A lot of Nikkei staff thought the FT a dud call. But it has progressed firmly to profit, and now more than a million subscribers are paying a hefty annual fee.

Barber loved his job, and reading his book you can see why. He had an awful lot of fun. But beneath that, there’s the enthusiasm and wilfulness that makes good news outlets what they are. There’s no doubt that he created a great place for good people to work. And it says enough about him that he happily cites, in the course of an apt anecdote, the character reference published by the Daily Mail: “a weapons grade social climber and name-dropper extraordinaire, with a statesmanlike aura.” • 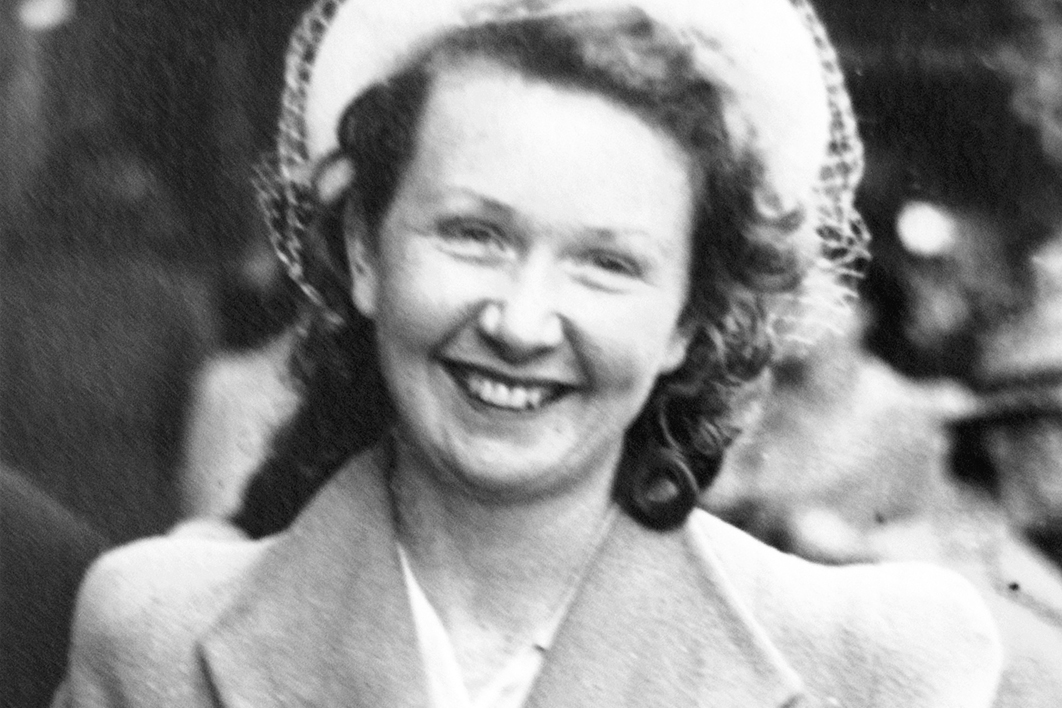