Cinema | A White, White Day reviewed, and film news from Brisbane and Melbourne 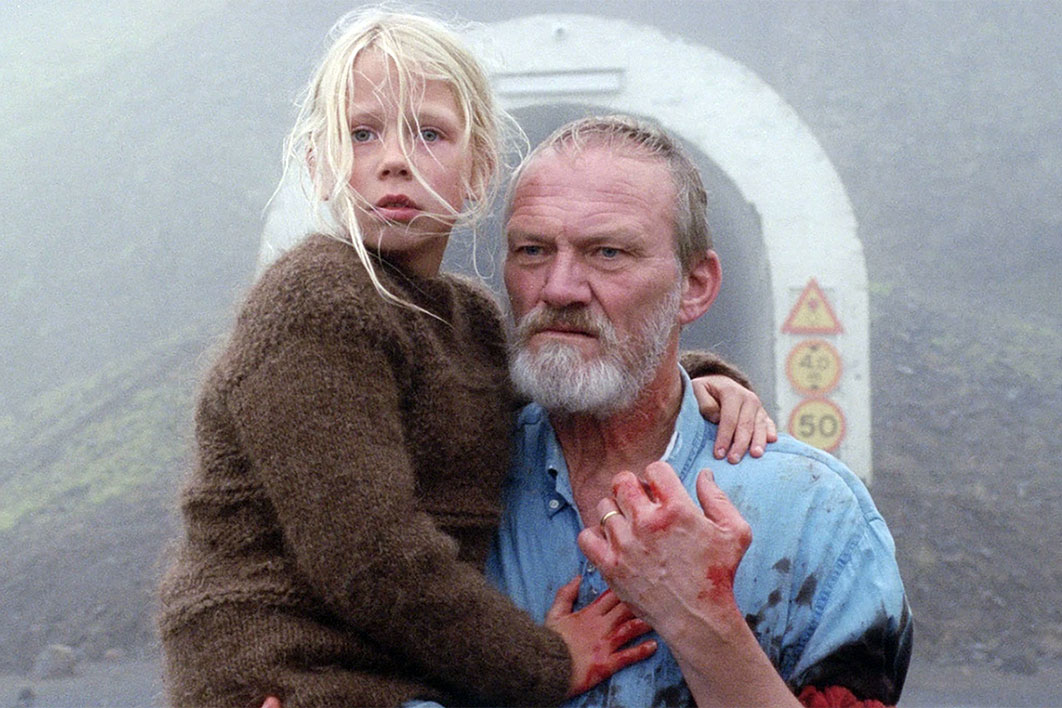 How enjoyable to be back in the cinema again, watching a film on a big screen. I’ve managed it twice now, the first time in company but socially distanced, delighting in the rollick of Armando Iannucci’s The Personal History of David Copperfield (reviewed recently by my colleague Brian McFarlane), the second time solo, masked and even more distanced to see the much-lauded Icelandic thriller, A White, White Day.

The white masks glimmering in the darkened auditorium were a spooky echo of what was occurring onscreen, which begins with a near-total white-out. In a tense, protracted sequence that sets the mood for the film, a car is driving along a winding road through a dense, disorienting fog. In a fog — vision reduced, sounds muffed — one never entirely knows what is happening, or could happen.

Iceland has all sorts of weathers and all of them are extreme. Winds constantly sweep changes across the island. A fog can softly envelop a settlement and quickly hide the most familiar landmarks. In winter, service stations sell slip-on ice spikes to pull over your boots, because you may need them to get to your front door. Having become lost in a blizzard on the main street of Rekjavik, I can attest to the disorientation.

Isolation in long winters nurtures creativity, but also hides secrets. It engenders feuds, mutual support and a tough humour, all of which have featured in recent Icelandic films.

A White, White Day is the second feature from Hlynur Palmason. Like his first, it is about obsession. “Do you know who you are?” asks a man on a screen. Is this some kind of telehealth consultation, or a psychological assessment? Facing him is grizzled, sixtyish Ingimundur (played by seasoned Icelandic actor Ingvar Eggert Sigurðsson), who answers, confidently, “I am a father, and a grandfather.”

“I want to finish building my house.”

Just what trauma has led to this encounter — prison? accident? mental breakdown? — is never entirely clear. Things are not spelt out in this film, they just emerge, like people looming out of the fog.

Ingimundur, it emerges, is a widower. And a retired police officer. His beloved wife has died in a car accident. Clearing out her things, a suspicion surfaces. Was she having an affair? He determines to find out.

There are some moments of broad comedy in this Icelandic noir — if one can call it that. One or two of them happen in Ingimundur’s old cop shop. But there are also stunning moments of revelation, and increasingly more of them in the second half. Palmason likes to lay out his cards first and let us study every character. We get to know these people. Or we think we do. We study their ties to each other.

Particularly good is Ída Mekkín Hlynsdóttir as Ingimundur’s granddaughter, Salka. A newly graduated actress playing a girl much younger than herself, she brings captivating life to the family and the film. In a sense, A White, White Day is a study of the affection between grandfather and granddaughter. And Ingvar, grizzled, tenacious, is everybody’s idea of the cop you want to solve a cold case.

It’s not a cheerful film, this. But I found it completely engrossing. It also has timely things to say about isolation and the social ties we need to endure it.

Based in Surfers Paradise to begin with and then, for the past seven years, in Brisbane, the APSAs were created with Queensland government funding. UNESCO is among their stakeholders. With the pandemic, though, their major backer, the Brisbane City Council, is withdrawing funding and the academy has decided to shelve this year’s awards.

But there may be life yet. Jaclyn Mclendon is leaving what was Brisbane Marketing to become chief executive of the academy, a registered company. A distinctly slimmed-down industry-focused program will be delivered online this year, and the APSA–MPA (Motion Pictures Association of America) film fund will continue to operate.

I’ve been attending these awards for most of their thirteen years. For the past three years I’ve helped select films for screening, and I once served on APSA’s key body, the nominations council — an invigorating experience. I’ve done all this because the awards are an unrivalled opportunity to see films and meet filmmakers from a huge sweep of the world.

The academy uses the UNESCO definition of Asia and the Pacific — from the Pacific shores of Russia down through the Stans, the Middle East, India and South Asia, then across the Pacific to Southeast Asia, Taiwan and China. It’s as diplomatically tricky as anything faced by the European Academy or by its American counterpart, which awards the Oscars.

The APSAs were envisaged as a key international cultural event — way less parochial than the local awards given out by the Australian Academy of Cinema and Television Arts. And the academy has invested in the development of some notable films, including Asghar Farhadi’s A Separation. But the academy now has 2000 members across the globe and the awards are far better known across the region than they are in Australia.

Brisbane’s cuts create an opportunity for another sponsor, maybe even another state — or indeed another country in the region — to pick up these awards and give the academy a base. The APSAs have had many lives and maybe there will be another one.

Awards aside, the experience of actual film festivals going online is still to be properly assessed. It remains to be seen, for instance, how Melbourne International Film Festival audiences respond to next month’s digital program, 68½.

MIFF has long boasted the longest and largest program of all Australian film festivals: 68½ starts on 6 August and runs for seventeen days. It’s a gutsy program from festival director Al Cossar: maybe, during Melbourne’s fraught miserable lockdown, MIFF will find its audiences once again. There are certainly some films to inspire cinephiles’ curiosity, including the opening night film, First Cow, Kelly Reichardt’s second American frontier tale. (Me, I’m hoping, if not for Jim Jarmusch’s Dead Man, then maybe the first vegan western? Cattle were dying just outside every frame in the cinema of the American frontier.)

It might be that the true, film festival experience — the intense socialisation, casual encounters, discoveries and friendships formed in queues, the arguments afterwards on the footpaths outside — just can’t be replicated virtually. Social media is a different, way more hysterical, mono-dimensional and polarising space for discussion.

There’s also some early suggestion that a dozen films is a maximum people under lockdown can manage at a virtual festival. One goes to a film festival for immersion and escape. And for the social bonds forged.

But we are in very strange times indeed. To reinvent the social, we may need to make what the writer Grace Paley famously called Enormous Changes at The Last Minute. Maybe, as we take a few shaky steps out of lockdown, small film clubs will be one way forward. Community Sport is a long way ahead of the arts in this respect. •

How one family negotiated identities between different Italies 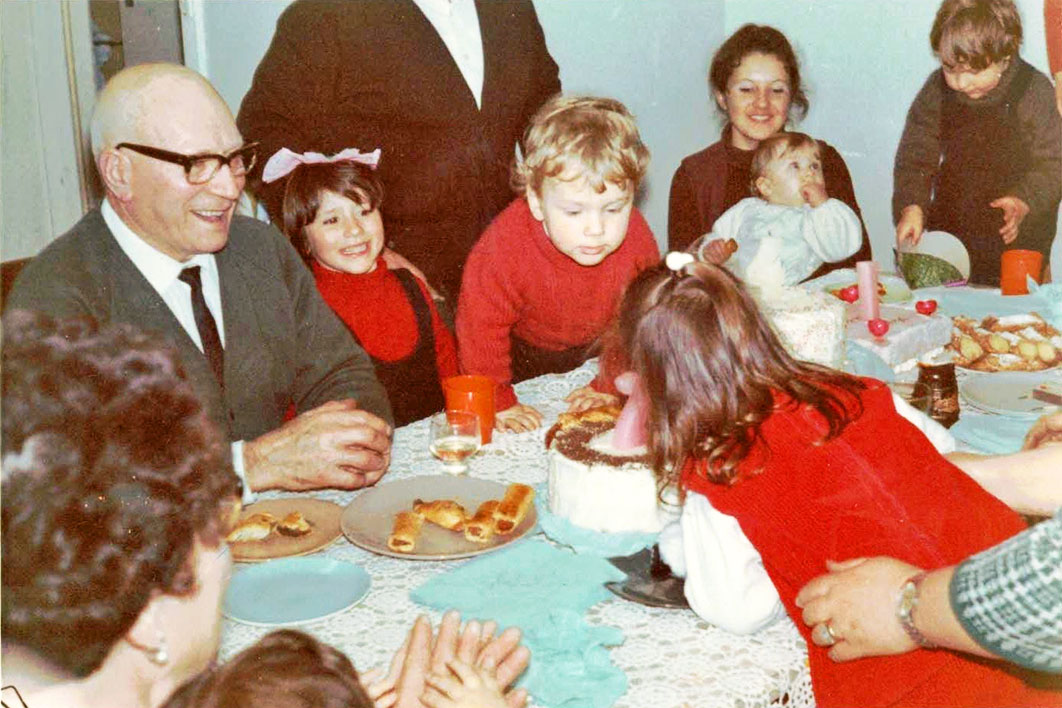