Announcing five inquiries in response to Brittany Higgins’s allegations was the easy bit. Now the government is trying to manage their impact 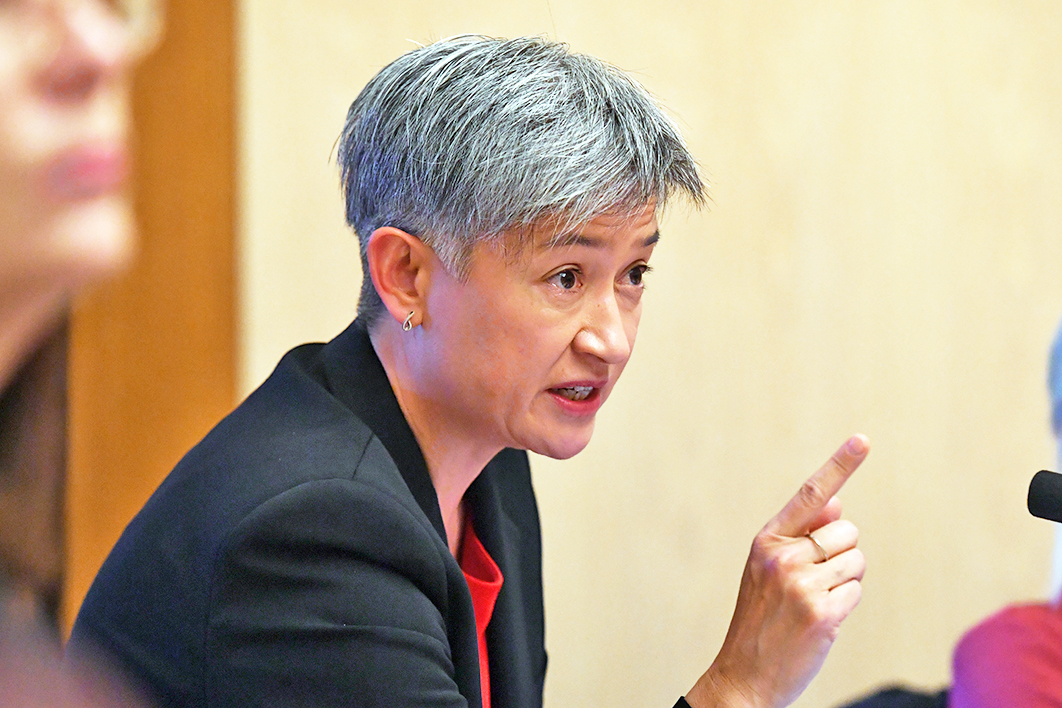 It is a time-honoured political strategy — when in doubt, call a review. And when things are particularly doubtful, call a whole bunch of them.

This approach was on full display after former Liberal staffer Brittany Higgins told her story in February. Caught off guard by the outpouring of outrage that followed her devastating claims, the Morrison government ordered no fewer than five reviews.

Not counting the continuing police investigation, there’s the Foster review of how serious incidents are handled at Parliament House, the Gaetjens review of who knew what and when about the alleged rape, the Kunkel inquiry into the behaviour of the prime minister’s media staff, the Hammond review of how Coalition offices operate, and the Jenkins work on parliament’s workplace culture.

Three months later and counting, with parliament back and Senate estimates in session, we have had several (painstaking) opportunities this week to learn where these inquiries are up to.

After estimates yielded little information on Monday morning, Anthony Albanese’s first question to Scott Morrison in question time was why none of the reviews had been concluded. Probably having guessed something like this was coming, the prime minister said he was expecting the Foster review “very, very shortly.”

As it turns out, Stephanie Foster — a deputy secretary in his department — finished her report at 8pm that evening. Later the same night, she also learned Morrison would issue a media statement about her key recommendations the next morning. The two had not yet talked about her final report.

Foster appeared at estimates on Tuesday, alongside finance minister Simon Birmingham, who was representing Morrison and is heavily involved in the government’s Higgins response. Birmingham said he only learned of the announcement that morning and had not read the whole report. Despite a barrage of questions from an unimpressed Penny Wong, he couldn’t say whether it would be released publicly.

Pending the detail, the headline recommendations seem sensible. On top of a previously announced 24/7 support line for current or former parliamentary staff (“1800 APH SPT”), they include face-to-face education for managers and staff, and an independent, confidential complaints mechanism. The report will go to cabinet next week and will indeed — as we later learned from Morrison in question time — be released publicly for more consultation.

But the rush and confusion around the report’s release struck a worrying note. It also came after the officials who run building security (a different part of the bureaucracy from Foster) told estimates there have been “no formal changes” in the policies governing how parliamentary staff handle serious incidents. No changes, that is, during the two years since Higgins’s alleged rape in a ministerial office, after she returned to the building late at night with a senior colleague, obviously intoxicated.

Another review head, prime minister’s department secretary Phil Gaetjens, also appeared before estimates. Gaetjens has the delicate job of examining exactly when the prime minister’s office found out about the alleged rape. This was paused in March so as not to clash with the Federal Police’s investigation, but has since restarted.

Well before this week, the vibes were bumpy. Remember how Morrison declined to mention that Gaetjens’s work had paused when asked about progress back in March? And remember how it emerged that no plans had been made to speak to Higgins?

It was hard to feel more confident following Gaetjens’s appearance. He could only provide a loose time frame for completion, saying he needed “probably weeks… certainly not months.” Nor could he say how many staff members had been interviewed or if the report will be made public. The interviews with staff have been done confidentially, he said, and although he still hasn’t talked to Higgins, a meeting is now “scheduled.”

But while Gaetjens’s release is still to be confirmed, and we don’t have the full detail of Foster’s work, another report landed, complete and public, on Tuesday afternoon. These were the findings of Morrison’s chief-of-staff, John Kunkel, who has been examining claims the PM’s political staff negatively briefed journalists about Higgins’s partner, David Sharaz.

Higgins made a formal complaint a month after the backgrounding claims were first reported by the media, writing to Kunkel that “numerous journalists” had told her about a campaign against Sharaz. On Tuesday morning in estimates, Labor made repeated attempts to unearth details of Kunkel’s work. But come question time, Morrison tabled the report unexpectedly, declaring emphatically that Kunkel had “found in the negative.” On that basis, some media reports suggested his office had been “cleared.”

If you read the four-page report, you’ll find that Kunkel actually wrote that he wasn’t in a position to say for sure because he had found no “first-hand” evidence. (Not surprisingly, most press gallery journalists weren’t forthcoming about what they’d been told in private conversations.) On top of this, Higgins reportedly had no warning Kunkel’s review would be released, and didn’t know that parts of her discussion with him would be quoted in the document.

And the other reviews? In February, Morrison asked Liberal MP Celia Hammond (who took over Julie Bishop’s old seat) to look at the culture of Coalition offices; in March, sex discrimination commissioner Kate Jenkins was appointed to look at parliament’s workplace culture. If Morrison was seeking to shine a special spotlight on his own party, the intention was shortlived. Within weeks, the Hammond review was rolled into Jenkins’s. This certainly avoids double-ups and provides a more arm’s-length way of reviewing Coalition offices (something Hammond was concerned about), but sceptics also point out that Liberal Party practices and culture in Canberra will escape a focused review.

Jenkins is seeking submissions from anyone who has worked at Parliament House. Her independent process — funded by the government but run by the Australian Human Rights Commission — is due to provide an initial response in July and a final report in November. Both will be made public.

Leaving aside Jenkins’s inquiry, the treatment of the four other reviews has created a growing and disturbing pile of niggles. Confusion, obfuscation, a lack of detail, a lack of warning and, in some instances, a lack of respect for Higgins — it doesn’t look like a government sincerely doing everything within its power to deal with a problem and try to get ahead of it. It looks much more like a government going through the motions in the hope that will be enough to make the whole thing go away. •

Judith Ireland is Deputy Editor, Politics + Society, with the Conversation. She has been a journalist in the Canberra Press Gallery since 2011.