We only find out what kind of PM a politician makes once they’re in office. But who’s most likely to get there? 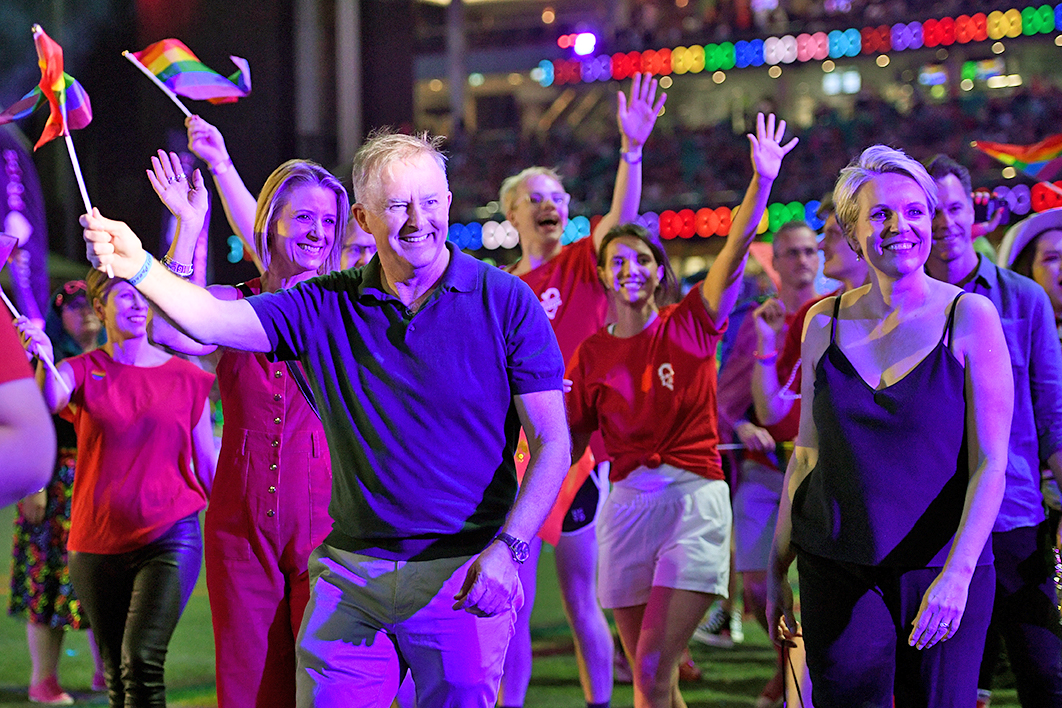 Governments and prime ministers never end up being much like what they promised — or appear to have promised — in opposition. John Howard, uninterested in anything remotely foreign, eventually becomes George W. Bush’s war-fancying, national security–oriented Man of Steel? That one-time leader of the Liberal dries ends up running the biggest-taxing government in history? Or, on the other side of politics, Bob Hawke floats the dollar, sells uranium to the French, and deregulates and privatises anything that’s not tied down?

It’s not just that they keep their plans close to their chest because their priority is to take office. It’s mostly because circumstances determine what governments do. The world inflicts events on countries, and governments respond in certain ways. It’s true, though, that the nature of the people and party is revealed in their response. Hawke didn’t go the full Thatcher–Reagan route; his government was more considerate of people at the bottom of the economic ladder.

You can repeat this exercise for all prime ministers. As former independent MP Tony Windsor told the Guardian’s Katharine Murphy, “the moment maketh the man.” It was her article, pondering what kind of prime minister Anthony Albanese would make, that set in train the thoughts outlined here.

The answer to Murphy’s question is simple: it depends on what happens. Being opposition leader requires a totally different skill set from that needed to be prime minister. Kevin Rudd’s downfall is partly explained by his inability to shake off the “small target” strategy that had been useful on one side of the chamber but wasn’t on the other. Between 2013 and 2019, shadow treasurer Chris Bowen seemed to think channelling treasurer Paul Keating was sound politics. If you’re in opposition and you really must emulate the greats of the past (though actually you really shouldn’t) then you should be looking at how they got into office rather than what they did when they got there.

Would Albanese, if elected, go down in history as a great prime minister? Will Scott Morrison? Longevity in office is a requirement, and that mostly relies on a buoyant economy, which in turn depends largely on what’s happening overseas. Howard enjoyed the developed world’s longest period of growth since the postwar boom. And while the 1980s had its economic challenges, it also constituted a boom. Then the 1990–91 recession hit and… next thing you know, we have a new prime minister.

Morrison at the moment is like Paul Keating after 1993 — one more win and we can declare him truly unbeatable — although without any signs of having an ambitious agenda.

Over the past eighteen months the coronavirus has propped up and heightened the authority of government leaders of both stripes. But the story has been more complicated on the opposition benches, where we’ve seen clear partisan divergences. Liberal oppositions, wherever they are, have been forced by their party rooms and support bases into politically disastrous calls to end lockdowns and open up borders. Labor oppositions have merely been reduced to carping on the sidelines — the usual opposition’s lot, only more so.

The next election on the calendar is the federal one, either this year or next. The main question is whether the Covid incumbency factor extends to that sphere. Opinion polls suggest not, or maybe just a bit.

Morrison’s nightmare would be that the state and territory governments provide sufficient security to keep voters feeling comfortable. With them in control, changing horses at the federal level is not a big risk. On top of that, the federal government’s star has waned, and it is now being blamed for the poor vaccine rollout even by the Coalition government in New South Wales.

Forget the nonsense about primary votes and leaders’ personal ratings; if recent opinion poll results were repeated at the ballot box, Labor would very likely win the national two-party-preferred vote, deprive the government of its majority and maybe take office in its own right. We don’t know how “accurate” those polls are, of course.

Would it assist Labor’s election cause to change leaders? It probably would, but not for the reason you might think. Obviously it would depend whom the party turns to. The best choice would be Tanya Plibersek: her elevation would produce a honeymoon — a surge in Labor voting-intention figures (at the expense of both the Greens and the Coalition) and in the leader’s ratings — and observers would marvel at her difference from her predecessor. Commentators would declare her a breath of fresh air who has “cut through.” Her “message,” presumably some Bidenesque rhetoric about making things in Australia again, would enjoy wide appeal.

But eventually that would all settle down. Both she and Albanese have their strengths and weaknesses; the equation would return to the status quo ante. We prefer Labor on health and education, its plan sounds appealing, but can it be trusted with the economy? Will it cause me financial stress?

The real benefit of a leadership change would be an end to the subtle destabilisation of Albanese — by Joel Fitzgibbon most obviously, but also by the phone box’s worth of Bill Shorten supporters who, every so often, seem almost about to declare their hand. These troublemakers would accept that they’re stuck with the new leader until the election.

And for an opposition, that kind of unity is not to be sneezed at. •