Australia’s conservative parties have always struggled to balance their priorities with the need for broader electoral appeal, writes Norman Abjorensen. Once again, the cracks are showing 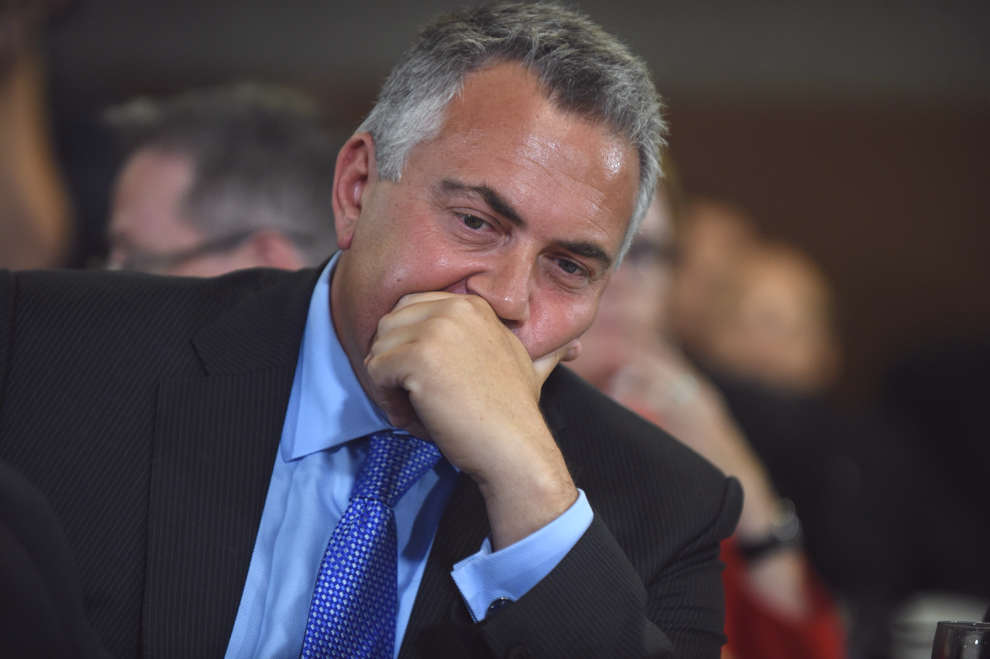 In his 2011 book, Chavs: The Demonization of the Working Class, Owen Jones describes how, in his final year at Oxford a decade ago, he heard a senior member of the party (widely believed to be David Cameron) speak with blunt candour at an informal gathering: “What you have to realise about the Conservative Party is that it is a coalition of privileged interests. Its main purpose is to defend that privilege. And the way it wins elections is by giving just enough to just enough other people.”

The Liberal Party of Australia is not very different. The self-appointed role of any conservative party in a liberal democratic system like Australia’s is to represent its class interests, and protect the privileges of that class, while making concessions to other classes to garner their support. And because Labor is seen to threaten those interests, whether by direct intervention in the economy or by such measures as mildly redistributive progressive taxation, the major raison d’être of the Liberal Party and its predecessors in Australia has been to keep Labor out of office.

It is always a delicate balancing act, and when the balance tips against it, for whatever reason, the conservative cause is in trouble. The Liberal Party now senses real and present danger, having been driven from office in Victoria and Queensland and having failed to dislodge Labor in South Australia; federally, it languishes in opinion polls.

Australian conservatism has a dappled history. It doesn’t have the ancient roots and confidence of a hereditary landed establishment, as in Britain, and it is always in conflict with an underlying egalitarianism that emerged with universal manhood suffrage and the growth of trade unions and a self-confident labour movement in the nineteenth century. In attempting to mask its own class interests and appeal beyond them, Australian conservatism has relied largely on plausible leadership. As its history over the past 120 years shows, this has not always been easy to find.

With the rapid rise of organised labour following the disastrous industrial conflicts of the early 1890s, the nascent Labor Party had an immediate impact on political life. Very quickly, it won the balance of power in New South Wales and traded its support for concessions, essentially playing off the “liberals” and “conservatives” against one another. After Federation, Labor extended its influence in the new Commonwealth, making significant gains in successive elections before winning an absolute parliamentary majority in 1910. By then, Labor’s explosive growth had alarmed the old anti-Labor groupings into burying their differences and merging into a single entity, the so-called Fusion Liberal Party of 1909. That sequence of events set the template of the political contest that continues today.

But the conservatives were left with a problem they have never fully resolved. How was their party to find leaders who could articulate a credible conservative message while gaining support from middle-class and working-class voters who might otherwise be broadly attracted to Labor?

Until Labor developed its own electoral muscle, old-style liberals like Alfred Deakin had commanded significant working-class support. But this middle ground quickly eroded in the early years of the twentieth century at the expense of his party and his dream of uniting the middle and working classes. George Reid, meanwhile, Deakin’s long-time adversary, was trying to reinvent his Free Trade Party as an Anti-Socialist Party, bringing together a leader and a program that had no appeal to the working classes.

The “fusion” of the two groups was conditional on Reid’s withdrawal from politics. Uneasily, Deakin became leader, but failed to stem the growing Labor vote. Leadership then passed not to a home-grown conservative but to a former coalminer and union official, Joseph Cook, who had entered politics as a Labor member but resigned over the issue of party discipline. There was a chance that Cook’s background had equipped him to appeal across class lines and bolster his party’s electoral prospects. He did manage a narrow win at the 1913 election, but he lost office just a year later after an ill-conceived rush to the polls brought Labor back into power. Intent only, it seemed, on undoing everything the previous Labor government had achieved, he had shown no sign of reaching into the electorate more broadly.

When the war and the issue of military conscription split the Labor Party, another ex-Labor man, Billy Hughes, took the conservative leadership. Hughes, who had succeeded Andrew Fisher as Labor leader in 1916 and fought long, hard and unsuccessfully for conscription, switched sides to join what would become the Nationalist Party. But his prime ministership came to an end after the emerging Country Party won the balance of power in the early twenties. With the new group of MPs refusing to work with him, he was replaced as party leader and prime minister by the very English (although Australian-born) Stanley Melbourne Bruce.

Bruce couldn’t have been more different. A wealthy businessman, he had been educated at Cambridge and served in the war with the British forces. He might have gone on to win two elections, but he proved to be disastrously out of touch with ordinary Australians in dress, manner, style and policies. As economic clouds gathered, he worked hard to cut spending, but he saw no reason to share the pain, and tactlessly built a lavish seventeen-room mansion near the sea southeast of Melbourne.

Obsessively opposed to trade unions and unable to see union militancy as a response to social conditions, Bruce sought to hand over industrial arbitration to the states. His management of government as a business operation saw him curiously indifferent to his colleagues, enough of whom crossed the floor to bring down his government and force an early election in 1929. The Nationalists were heavily defeated and Bruce even lost his own seat. The search for a leader who could reach beyond the conservatives’ heartlands continued.

With exquisite timing, the Labor government of James Scullin took office just as the Great Depression was setting in. In a bitter wrangle over economic policy, key members of the government left and joined the Nationalists, bringing into existence a rebadged conservative party, the United Australia Party. Once again it was headed by a former Labor man, the one-time premier of Tasmania, Joseph Lyons, who had been enticed away from his party by an influential group of Melbourne businessmen advocating “sound finance” (read protecting their interests). Lyons, they believed, would be an admired and plausible spokesman for their cause, and he did indeed lead the UAP to three electoral victories. But he was increasingly out of his depth, dying in office in 1939 as the world plunged into war.

In 1941, after the defeat in parliament of his successor Robert Menzies’s first government after two key independents crossed the floor, the United Australia Party rapidly disintegrated. With Labor firmly in control after the 1943 election, conservatism was in crisis. Labor drew up ambitious plans for postwar reconstruction and a key role for government in the economy, and sections of the business world began to fear a socialist future. It was the impetus for the creation of the conservative think tank, the Institute of Public Affairs.

One political figure who understood the kind of leadership the conservatives needed was Richard Casey, a major figure in the newly established vehicle for that side of politics, the Liberal Party. Soon after the war, he took his fellow conservatives to task, saying they had failed to identify with the lives of the people and were seen to be living in ivory towers – that they had, in a very Australian idiom, ceased to be seen as “dinkum.” Be one with the people, he urged.

Menzies, only briefly downcast by his wartime defeat, was re-emerging as an authentic conservative leader. His “forgotten people” message, pitched at the middle classes, gave a powerful fillip to the new party, and the incentives he offered, especially in the field of education but also in social services, helped propel him into office in 1949. With some help from a divided Labor opposition, he would stay for the next sixteen years.

By the time Menzies announced his exit it was clear that the Liberals, grown fat in office, had failed to adapt to a rapidly changing society. None of Menzies’s immediate successors – Harold Holt, John Gorton, William McMahon or Billy Snedden – managed to fill the very large shoes he left, either in the way they conveyed the party’s message or in offering paternal reassurance to the electorate.

The next conservative champion, Malcolm Fraser, rode to office in late 1975 in the wake of the Whitlam-era chaos. But when he fell to a resurgent Labor under Bob Hawke in 1983, conservatives again plunged into turmoil, arguing among themselves for the next decade about who they were and what they stood for. John Hewson offered a radical policy alternative, but this was rejected by the electorate in 1993 and, after a risible interlude under Alexander Downer, the party turned to a safe pair of hands in John Howard, who proudly proclaimed himself to be the most conservative leader it had ever had.

Howard was, in so many ways, the embodiment of Casey’s ideal of the plain-speaking, unpretentious conservative. With his very middle middle-class suburban small-business origins, he was very much from and of the people. He proved himself to be not just electorally successful but also profoundly transformative, taking Australia down a bold neoliberal path that changed the nation (and of course delivered in spades to his primary constituency).

Successful conservative leaders have all managed to contrive a narrative that has popular appeal but masks the underlying economic agenda. This is no better exemplified than by US president Ronald Reagan’s pitch to the “moral majority” and “family values” as he set about slashing welfare, dismantling social policies and encouraging Wall Street excesses with deregulation. In Australia, Menzies had the Cold War and the “red scare,” Fraser had the war on inflation and Howard had asylum seekers, an issue conservatives care little about but see as an immensely valuable means of mobilising public opinion.

All of this leads to Tony Abbott and the present crisis. Perhaps the prime minister’s biggest problem lies in his inability to gain that initial traction. Whatever its cause, his failure to establish credibility as a messenger or to develop a cohesive narrative has set back the conservative cause. Nor has he been helped by inept ministers such as treasurer Joe Hockey, with his unfortunate quip about poor people not being worried by fuel prices because they don’t drive much. Dick Casey surely would have turned in his grave.

As the history of the conservative parties shows, the real challenge for whoever succeeds Tony Abbott, and for Australian conservatism itself, is to speak the language of the people, to do it believably and to have a knowledge of political alchemy. •

Norman Abjorensen of the ANU Crawford School of Public Policy is the author of three books on the Liberal Party and its leaders. His latest book (with James Docherty) is the fourth edition of Historical Dictionary of Australia. 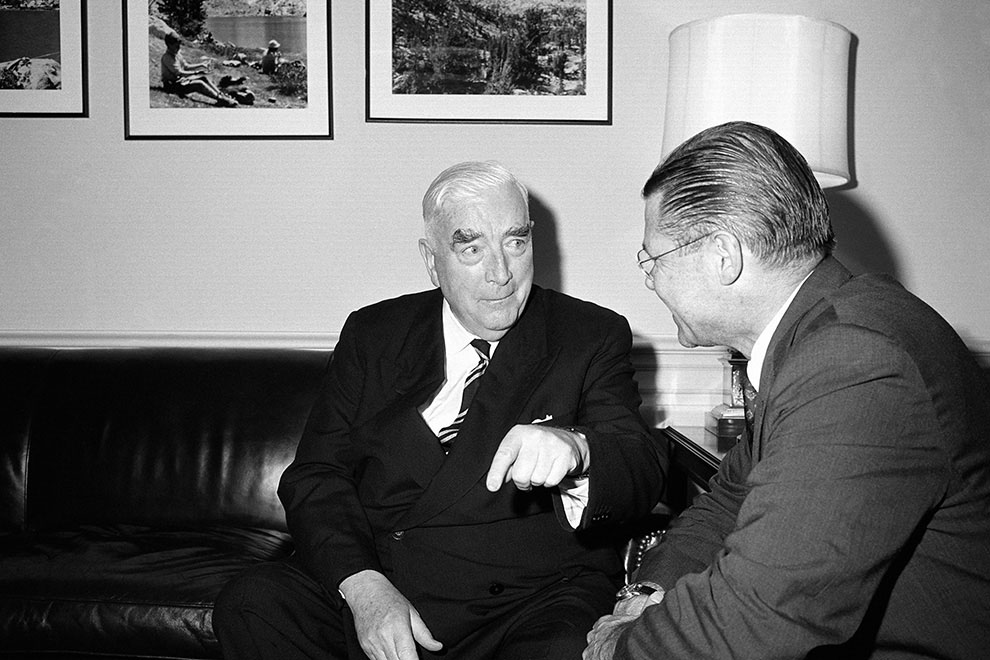