The process for replacing senators means we could be in for a long series of High Court hearings. Will the 2016 election never end? 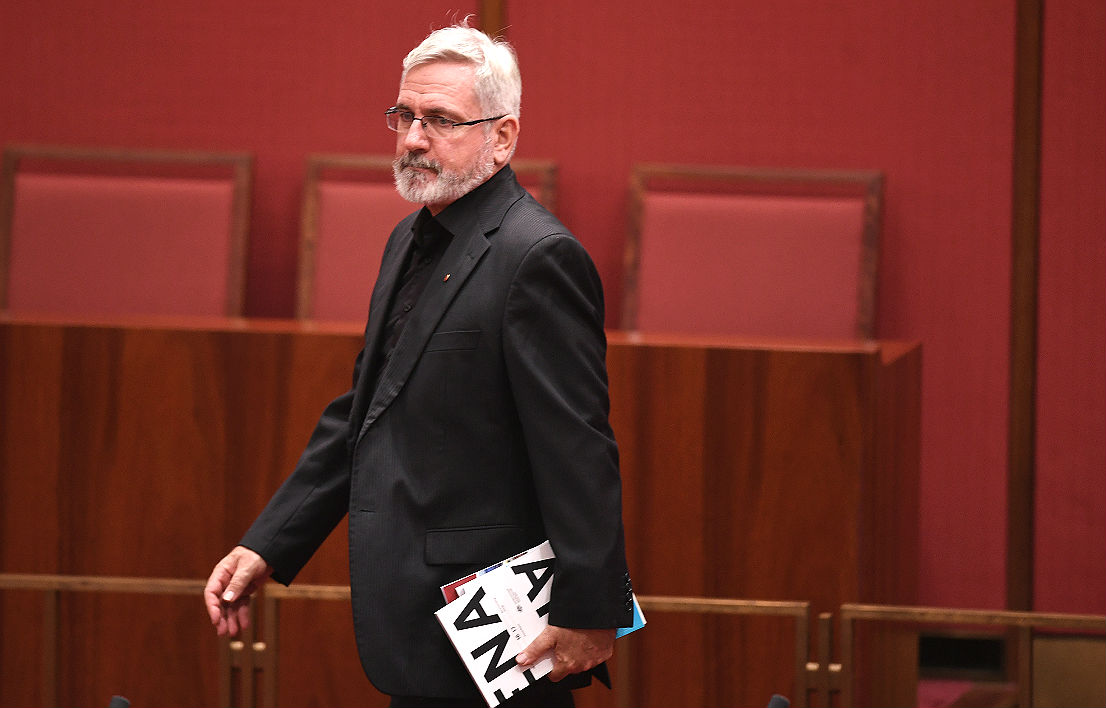 The number of federal MPs who have lost or quit their seats due to constitutional ineligibility has now reached ten. With 216 federal MPs remaining, this year’s crisis can’t go on forever, right? Wrong. The High Court’s next job is to work out the eligibility of the replacements. And their replacements.

In the lower house, the replacements are chosen by voters at a by-election. The dozens of nominees for New England, Bennelong and wherever else becomes available have (some) time to check with their lawyers and get their affairs in order. But the Senate is another matter.

Every ineligible senator gets replaced by someone from “below the line” on one of those ginormous Senate ballot papers from 2016. The “big red flashing letters” the High Court switched on last month came far too late for them. If they weren’t eligible when they were nominated, they’re out. And the problem isn’t just limited to dual citizens. Section 44 of the Constitution bars other groups from parliament too: criminals, bankrupts and, most importantly, anyone with certain links to government. Lots of people fall in that last category: public servants, teachers, police, people who provide various kinds of services to government… the list goes on.

Ben Chifley was an alderman of Abercrombie Shire at the same time he was (perhaps!) our nineteenth prime minister. But no one would bet on the current High Court continuing to let local and federal government mix.

And nearly all of the replacements didn’t think they had much chance of winning in 2016. That matters, because it affects the decisions they made when they nominated. It’s one thing to give up your foreign citizenship to run for parliament. It’s another thing altogether to quit your job.

In 1992, ex-footballer Phil Cleary ran for Bob Hawke’s seat in a by-election. As an independent running alongside twenty-one other candidates in a safe Labor seat, he was a long shot. So it’s not surprising that he took leave to campaign rather than quit his then job as a high-school teacher. After he won, the High Court, in the first of its many “brutal” readings of section 44, said that wasn’t good enough. Unless he’d irrevocably quit before he was nominated, he was ineligible.

Much as the present High Court judges (and some commentators) like to lecture candidates about how they must be “serious” to run for office, it’s easy to see the impact of a rule that requires many people to quit their jobs simply to nominate. It’s a rule that discourages all but the rich, privately remunerated professionals, the self-employed, the unemployed or the anointed major-party candidates from running for federal office.

If that wasn’t capricious enough, the precise rules about what jobs you have to give up are completely unresolved. Do you hold an “office for profit under the Crown”? A “pension” payable at the Crown’s “pleasure”? An “indirect” pecuniary interest in any “agreement” with the federal public service? No lawyer could tell you for sure. Only the High Court can decide. And in the Senate, this means that the court must work its way down, and then across, the 2016 ballot until it finds someone eligible. The tests are so unclear that the process can behave like a constitutional version of the Japanese slot machine, pachinko.

Take British dual citizen Jacqui Lambie’s potential replacements from the 2016 Tasmanian Senate ballot. The next person on the Lambie Network list is Steve Martin, the mayor of Devonport. Past parliaments have contained sitting local councillors, notably Ben Chifley, who was an alderman of Abercrombie Shire at the same time he was (perhaps!) our nineteenth prime minister. But no one would bet on the current High Court continuing to let local and federal government mix.

If the mayor falls, the next man in line, Rob Waterman, says that he’ll quit if he is belatedly made a senator, because he wants to stay in his current job. But his current job is a problem: he manages public health in parts of Tasmania. While (to my mind), that’s an ideal qualification for a senator, it also bristles with section 44 problems. If Waterman’s ineligible, then Lambie’s dream return is over, as the entire Jacqui Lambie Network will be off the ballot. The constitutional pachinko ball will then bounce over to One Nation. My bet is that Kate McCulloch, dubbed the “next Pauline Hanson,” will follow her idol by taking an unlikely path to the national parliament.

This may seem like mainly a minor-party problem. Major-party candidates are vetted and can take more risks when they run. But then, last week, the High Court sprang a very nasty surprise on the Liberal Party. The surprise involves Moree’s Hollie Hughes, a long-time member of the NSW Liberal Party executive. She was sixth on the Coalition Senate list for that state in the 2016 election and, this time five months ago, had moved on (as had everyone else).

A year after NSW voters chose to have only five Coalition senators, she began a new career as a member of the federal Administrative Appeals Tribunal, hearing immigration appeals and the like, a plum job courtesy of attorney-general George Brandis. A week later, Scott Ludlam made his shock announcement that he was a New Zealander. The ensuing chain of events led Hughes to leave her new job after four months — just forty-five minutes after the High Court sacked five MPs, including National Fiona Nash, who was third on the NSW Coalition Senate list.

Unlike those five (and others), Hughes was undoubtedly eligible to be an MP when she was nominated. And she’d also be eligible if a fresh election were held right now. But the High Court, after hearing about her previous short stay at the Tribunal — an “office for profit under the Crown” — this week refused to name her to fill Nash’s place. The new Liberal senator will probably be Abbott ally, major-general Jim Molan. (Don’t worry! The founding fathers had no problem mixing the military and legislature, so they expressly permitted “an officer or member of the Queen’s navy or army” to be an MP. Their lack of foresight extended not only to the possibility of an Australian coup, but also to the creation of an air force.)

The High Court is yet to explain its Hughes decision, which came as such a shock that several journalists who were in the courtroom misheard it. What’s clear is that the court considers the 2016 federal election to be very much still running, meaning that the Constitution’s (non-military) bans continue to apply to every also-ran in the 2016 federal election. If any of those (seeming) losers took up a public job (as a teacher or cop or ministerial staffer, for instance), or signed an agreement with the federal government (perhaps even a student loan?), or went bankrupt, or whatever, for just an instant in the past year, then they’re out of the game.

Is there any reason to put a person who got fewer votes than Hughes into parliament in her place, simply because she took a public job when she (and everyone else) thought she had lost the election? The government-funded “friend of the court” suggested some bizarre hypotheticals about how any other rule could let the government of the day manipulate the parliament through selective plum jobs to Senate also-rans. But it seems doubtful that any of that mattered to the High Court, which reached its unanimous decision in minutes (after giving the parties scarcely a weekend to prepare their cases).

As constitutional scholar Graeme Orr later tweeted, “This Court neither cares for nor understands electoral concerns. Section 44 is a nuisance to them, so they continue a doubling down on it.” Any solution to this constitutional problem is never going to come from the current seven justices. Instead, the best hope for now is that the current MPs can put aside their own self-interest long enough to pursue meaningful constitutional reform (or perhaps some sort of parliamentary or administrative work around).

Ironically, the strongest proponent for reform in the present parliament owes his position to the crisis. Incoming Greens senator Andrew Bartlett made repeated calls for reform of the Constitution’s bans on dual citizens and public servants when he was leader of the Australian Democrats. But he is only back in the Senate now because he was next on the list after Larissa Waters, who capriciously lost her seat owing to her involuntary Canadian citizenship. In a further irony, his own position is at risk because he was (until recently) an academic at the Australian National University, which may (perhaps) be an “office of profit under the Crown.” Bartlett’s potentially brief journey through parliament’s revolving door may prove to be the perfect illustration of the need for constitutional reform.

There is one small measure of justice in all of this. Contrary to some predictions three weeks ago, the High Court’s Citizenship Seven decision has left a great many things unclear about section 44 of the Constitution. Many of the incoming High Court cases will require the judges to decide some very tricky legal issues. While the current judges will no doubt continue to answer these questions with “brutal literalism,” their deliberations will take a lot of time, work and money. Usually, the High Court takes a lengthy break from December until February. But, appropriately, there’s a good chance that the judges will have to forgo all of their holidays until the 2016 federal election finally ends. ●

In Zimbabwe, it’s not over till it’s over

As the army asserts control, the legacy of the struggle against colonialism still hangs over Zimbabwean politics 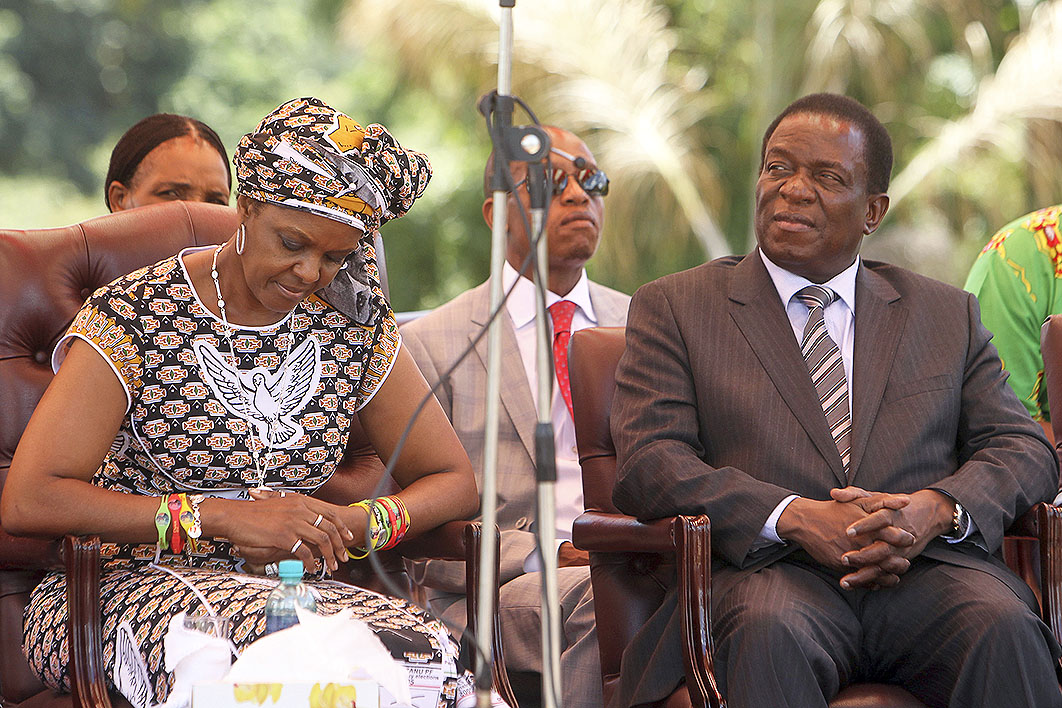