Crisis with no soundtrack

Music | Why has Australia been so much less generous to locked-down artists than Britain or Germany? 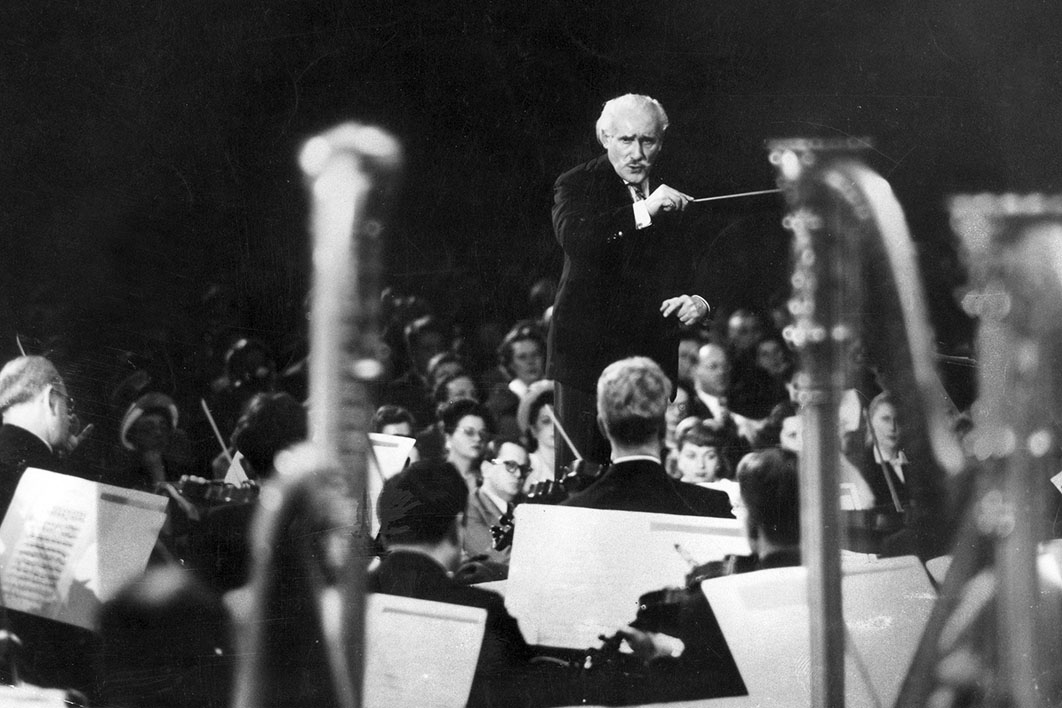 Product of the Great Depression: Arturo Toscanini conducting the NBC Symphony Orchestra, which had been formed in 1930, circa the 1940s. Everett Collection/Alamy

Last week’s news that the Melbourne Symphony Orchestra would stand down its players underlines how the coming economic depression will be different from the last big one, at least in Australia.

During the Great Depression, music flourished. Money might have been tight, but the 1930s was the decade in which many of the world’s great orchestras were founded. A lot of them were associated with the new medium of radio: across Europe and North America, Asia and Australia, broadcasting companies established house orchestras — not just symphony orchestras, either, but light music orchestras, dance bands and choirs. Standards were high — the BBC Symphony Orchestra (founded in 1930) was regarded at the time as the best in Europe — and audiences flocked to concerts, both in the flesh and on radio. The NBC Symphony Orchestra in New York, which boasted Arturo Toscanini as its conductor and paid the highest salaries of any orchestra in the United States, made weekly broadcasts — first on radio, then television — until 1954, when Toscanini retired and the orchestra was disbanded.

But it wasn’t only radio orchestras that were established. Independent orchestras were formed (in 1932, Thomas Beecham conducted the first concert of the London Philharmonic) and so were opera companies and festivals. The depression created a demand for culture, and when the second world war began at the end of that decade it was a matter of honour and necessity for concerts to continue. The London Blitz? Undaunted, Myra Hess continued her lunchtime piano recitals in the National Gallery. The firebombing of Berlin? Furtwängler conducted Beethoven and Brahms at the Philharmonie until the RAF bombed it at the start of 1944, whereupon they played on at the Staatsoper.

When the war was over, the building of new concert halls and theatres, art galleries and museums was everywhere regarded as an essential part of restoring cultural pride and creating economic resurgence. The Festival of Britain in 1951 involved not only the commissioning of new music, opera and plays, but also new buildings: the Royal Festival Hall is still a commanding presence on London’s Southbank. Ten years later work began on the Berlin Philharmonic’s new home.

One of the big differences this time round is that the social distancing occasioned by Covid-19 has shut all places of entertainment and, one imagines, they will not reopen quickly. When audiences are finally ready to venture out — and we can imagine the hunger for all forms of live music and theatre — some of the arts companies and institutions that had formerly provided that cultural nourishment will have vanished.

Early in March, Angela Merkel and her culture minister announced an aid package of US$54 billion. It was not only for the arts — all small businesses and freelancers were part of the package — but the arts were mentioned first. The Arts Council England has launched emergency funding in excess of US$300 million, aimed at individual artists as well as organisations. The Australian federal government’s support package consists of $27 million — $10 million for crisis relief via Support Act, $7 million for Indigenous visual arts centres, and $10 million for regional arts. The proposed amendment to extend the JobKeeper assistance plan to freelance workers (which would have included many artists) was voted down by the government, including the arts minister himself.

Germany, Britain and Australia all have conservative governments, so why has Australia’s response to the present crisis been so different when it comes to the arts?

From Robert Menzies to Steven Marshall, successive Coalition governments, federal and state, have nurtured Australia’s cultural life. I was intending to list these Liberal prime ministers, premiers and arts ministers and enumerate their achievements, but I see Julian Meyrick did it for me in his recent essay for the Conversation. Meyrick, indeed, took the story all the way back to Alfred Deakin’s establishment in 1908 of the Commonwealth Literary Fund. Like me, Meyrick has been wondering why culture has been neglected in Australia’s response to Covid-19, especially when the party of government has such a proud record of supporting the arts. I think I know why.

One of Australia’s best arts ministers, not mentioned by Meyrick, was Peter Collins, who held the portfolio in the Coalition government in New South Wales between 1988 and 1995. Collins held other portfolios too (at various points in those seven years he was health minister, attorney-general and finally treasurer), but he was always arts minister.

I met him at a reception in Sydney a couple of years after the Coalition had lost power, and we got talking about his time as arts minister. Of course, there were never any votes in it, he said ruefully. Artists, on the whole, want to change the world, while conservatives don’t. I suggested it must be the same for Labor ministers of primary industries. They’re also representing people who, by and large, vote for their opponents. It was a fact of life, we laughed, the tacit assumption that the arts and primary industries must be looked after, no matter who was running the joint.

That, it seems to me, is what has changed. The increasing tribalism in Australian politics has led to a situation in which governments fund the people who agree with them: artists tend not to agree with politicians right across the ideological spectrum. At the very least, we are sceptical of them, and that is as it should be. Art, after all, is a search for some sort of truth, while politics is increasingly occupied with the promulgation of “alternative facts.”

Time and again, we have seen in opinion polls that voters like and trust their politicians best when they cooperate with each other, when they put ideology aside, cease attempting to score political points and concentrate on making things work. Perhaps there is still time for such bipartisanship in Australian politics when it comes to supporting Australia’s artists and cultural institutions. It would be good to think that when the Melbourne Symphony Orchestra’s audience is ready to return to Hamer Hall, its players will be there to play for them. •