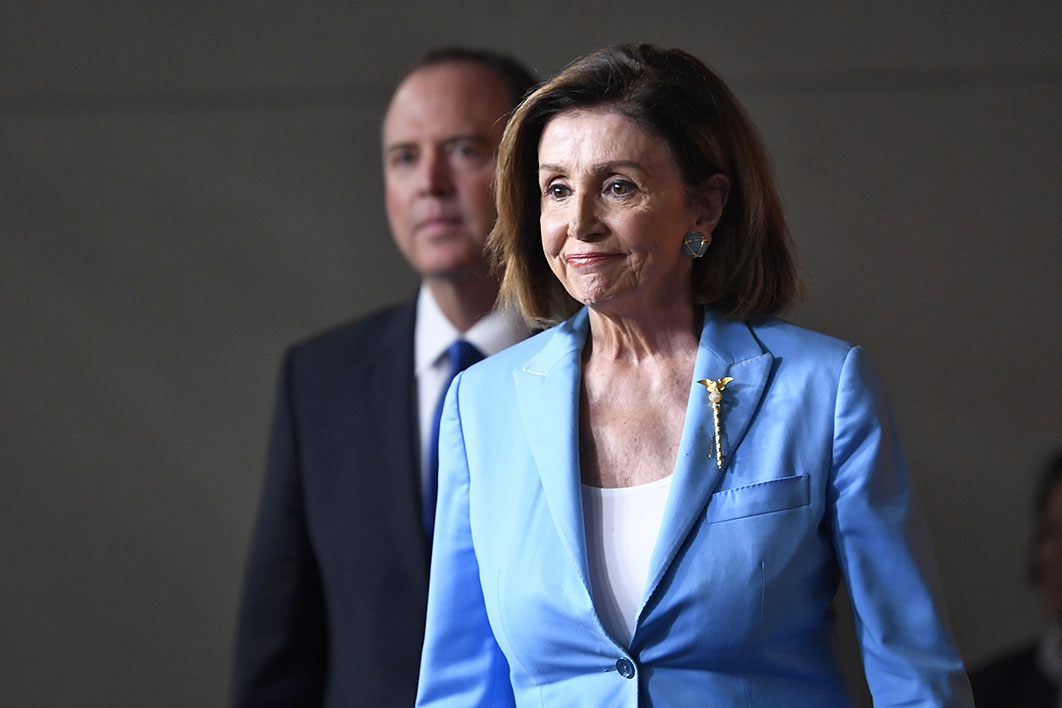 Feted in the United States by Donald Trump, Scott Morrison was alternately beaming, bemused and seemingly besotted. But he should have realised that a Trump bromance always has its price. After all, he had already taken the American president’s phone call asking for Australia to help out with attorney-general William Barr’s inquiry into the genesis of the Mueller inquiry.

Now Morrison faces the challenge of explaining to Australian voters his government’s willingness to delve into the role played by Alexander Downer, former Australian high commissioner in London, in creating what Trump and his allies see as a “deep state” conspiracy to bring down Trump’s presidency. The fact that Downer is a most unlikely double agent of the left has eluded the hunkered-down occupants of a White House roiling under the threat of impeachment hearings.

Talk of impeachment dates back to before Trump took office, and was initially based on his failure to deal with financial conflicts. But even as the list of potentially impeachable offences grew, so did his apparent ability to evade censure. Indeed, after the Mueller report failed to deliver grounds for an indictment, Trump and his officials showed a new level of contempt for the constitution and Congress, or at least for the Democrat-controlled House of Representatives.

Yet, like a dog with a bone, Trump remains obsessed with the validity of his presidency. He has embraced conspiracy theories that see people in every corner of government out to undermine him and his administration. Their latest iteration holds that Ukraine, not Russia, was the source of Hillary Clinton’s leaked emails, that former vice-president Joe Biden meddled in the Ukrainian justice system, and that Biden’s son benefited financially from illegal business dealings in Ukraine. Trump conflated all this with the opportunity to smear Biden and his family in order to deal with what he obviously sees as an election threat, and then compounded his overreach by tying American aid to Ukraine’s cooperation.

The emergence of a whistleblower’s report on Trump’s phone conversation with Ukrainian president Volodymyr Zelensky (and the fact that account was backed up by the modified transcript released by the White House) broke open the secret efforts of Trump and his lawyer Rudy Giuliani, along with Barr and secretary of state Mike Pompeo, to push Ukraine (and Australia, Britain and Italy) to discredit the findings of US intelligence agencies that led to the Mueller report.

The Ukraine phone call so clearly involved soliciting a foreign government’s help to undermine a political rival — in other words, misusing the office of the president for personal gain — that House speaker Nancy Pelosi was left with little choice but to announce a formal impeachment investigation. The imperative was highlighted when it emerged that the justice department’s Office of Legal Counsel had downgraded the inspector-general’s determination that the whistleblower’s complaint was of “urgent concern” in order to sidestep the requirement that it be shared with Congress.

Then, just days later, came the story of Trump’s phone call to Morrison. The floodgates of concern are suddenly open and new information is emerging almost hourly. Underlining the seriousness of the situation, more than 300 US national security and foreign policy officials have signed a statement supporting the impeachment inquiry on the basis that the president “appears to have leveraged the authority and the resources of the highest office in the land to invite additional foreign interference into our democratic processes.”

For Pelosi and the Democrats, impeachment is fraught with peril — but so too is not acting. It is not just a matter of whether the process will succeed, it is also about the attitude of voters already annoyed that Congress is failing to deal with the issues that matter to them, and about how much the inquiry will rent the fabric of an already deeply divided nation. An impeachment inquiry could jeopardise the Democrats’ majority in 2020 and possibly give Trump’s re-election bid a boost.

Pelosi had said that she would act when the justification was clear, and she initially indicated that she thought it should be a bipartisan initiative. Her keen sense of the mood of the caucus meant she recognised that House Democrats, already frustrated by the administration’s lack of comity, felt a barrier had been breached with Trump’s Ukraine phone call. There was no longer room for caution. Almost all Democrats now support a process to impeachment and voter polls show a steady rise in public support too.

Time is a key factor here. The Democrats must act while the recent dramatic developments are fresh in the public’s mind. It has been reported that the House could vote on articles of impeachment as soon as late October. House leaders must make decisions on the scope of the case for impeachment, and they are likely to confine it to the Ukraine issue.

House committees will hear from the former US envoy to Ukraine, Kurt Volker, and, in private, from the whistleblower. They have subpoenaed Pompeo (who is resisting) and asked for state department documents relating to Trump’s efforts to pressure Ukraine. (The state department’s inspector-general has asked for an urgent meeting with the House about these documents.) Three House committees have subpoenaed Giuliani as an agent of the president, demanding that he turn over documents relating to his Ukraine contacts. Not surprisingly, he has raised the issue of attorney–client privilege.

The removal of a president under the impeachment process is a complicated process that involves a finding of “treason, bribery, or other high crimes and misdemeanours.” While several House committees are involved in collecting and examining the evidence, the articles of impeachment will be drawn up by the judiciary committee. The House will then hold a floor vote, which it is safe to assume will pass.

The articles then move to the Senate (which is controlled by the Republicans) for a trial overseen by the chief justice of the Supreme Court, John Roberts. A team of lawmakers from the House act as prosecutors; the president has defence lawyers; and the Senate serves as the jury. If at least two-thirds of the senators find the president guilty, he is removed and the vice-president becomes president. There is no appeal.

While there has been some disquiet among Republican senators, and it is possible that formal pressure from the House might exert some particular pressure on senators up for re-election in 2020, it is generally assumed that the impeachment move will fail in that chamber.

Senate leader Mitch McConnell, known for his partisan obstructionism, has said that the Senate would have “no choice” but to move forward with impeachment proceedings if the House ultimately votes to bring charges. There is speculation that McConnell would move quickly to throw out the case (which would require just a majority vote), but that might depend on how involved Justice Roberts chooses to be.

Meanwhile, President Trump and the White House are in chaos, struggling to pull together an organised response, and Republicans are left trying to justify the president’s efforts with the usual rhetoric. White House aide Stephen Miller claims the whistleblower is “a deep-state operative, pure and simple.” Senator Lindsey Graham says the president is being persecuted.

Media stories say that a taskforce or war room is being created to develop strategy and coordinate the response to impeachment proceedings, perhaps headed by political operative Corey Lewandowski. Some insiders are reported to be concerned that this level of organisation would simply highlight the seriousness of the situation; more likely Trump thinks he can manage his own affairs and communications.

Trump knows that the impeachment efforts will enrage his supporters, and he is making every effort to egg them on. In recent days he has dialled up the hate-mongering, or what some have called “apocalypse punditry.” He has made personal threats against the chair of the House intelligence committee, the former US ambassador to the Ukraine and the whistleblower. He has demanded the right to meet the whistleblower amid concerns that this would put the individual’s safety at risk. He veers from talk of treason, civil war, lawlessness and a coup designed to “take away the power of the people” to wallowing in a sense of victimisation.

This “devil’s bargain” motivates his base but alienates even further the moderates and independents who voted for him in 2020. The polls show he is in big trouble, with this week’s CNBC All-America Economic Survey finding that only 37 per cent of Americans approve of Trump’s handling of his job, the lowest level of his presidency.

Impeachment is a political not a legal matter, and in this case is already turning into a battle between the executive and legislative branches of government. Trump is interpreting the attacks on him as attacks on the government itself. But there are many ways he can survive the impeachment proceedings, and the process may or may not boost his chances in the election campaign next year.

For the moment there are only two things we can say for sure: whether through impeachment or the election ballot box, Trump won’t leave the presidency without a vicious fight; and Scott Morrison has become tainted by his association with this president’s White House. •