Despite the damning Mueller report, would the Democratic Party do best to focus on next year’s election? 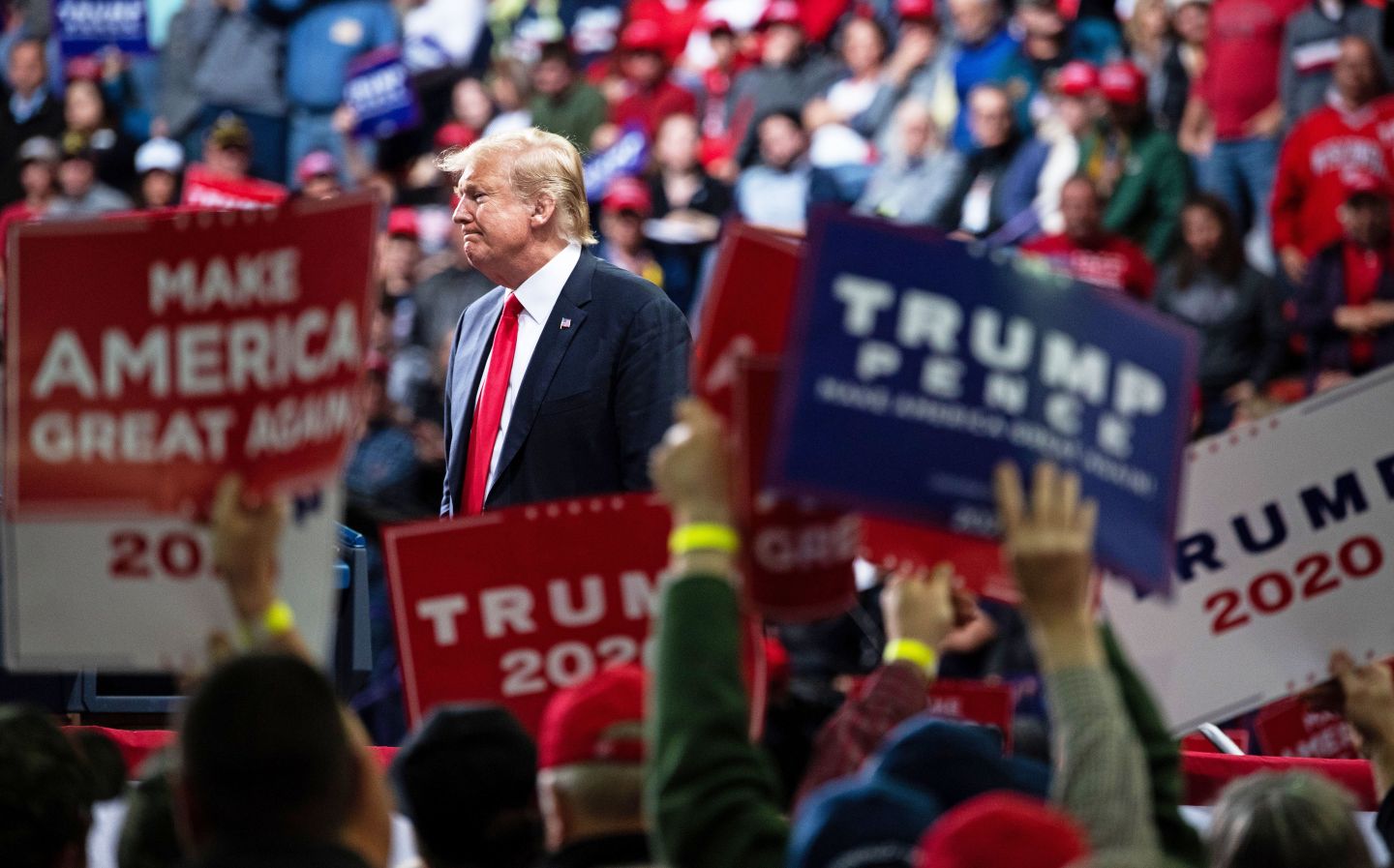 Returning to Washington after the Easter break, Democrats are confronted with the question of how to deal with a president and his officials who see special counsel Robert Mueller’s report both as an exoneration and as a justification for blocking further investigations. What they decide to do next will not only help shape the 2020 elections but also influence all future use of the oversight authority given to Congress by the constitution.

Trump and his officials are showing a new level of contempt for Congress, or at least for the Democrat-controlled House of Representatives. The White House is refusing to allow aide Stephen Miller to testify on immigration issues. Attorney-general William Barr is trying to dictate the terms under which he will be questioned by House committees about Mueller’s findings, is threatening not to testify if these are not met, and has still not agreed to give Congress the uncensored report. Treasury is rejecting demands (made on the basis of a legislative mandate) for Trump’s tax returns. And the president and his family are suing Deutsche Bank to try to invalidate congressional subpoenas for records about controversial loans.

Trump is certainly not the first president to resist congressional demands for documents and testimony, but no others have declared themselves to be “fighting all subpoenas” on the basis that they are uniformly partisan and illegitimate and constitute “the highest level of presidential harassment.” In adopting this approach, he is leaning heavily on the principle of executive privilege, which is hardly a solid foundation. While presidential secrecy has a constitutional basis in the separation of powers, it is considered to be abused if it is intended to impede the legitimate role of Congress, especially if the information sought is pertinent to the investigation of potential crimes.

Such was the case in United States v Nixon, when the Supreme Court ruled that “this presumptive privilege must be considered in light of our historic commitment to the rule of law.” The court, it said, “must weigh the importance of the general privilege of confidentiality of presidential communications in performance of the president’s responsibilities against the inroads of such a privilege on the fair administration of criminal justice.”

Trump’s defiance is driven by two conflicting interpretations of the Mueller report. After William Barr’s summary was released, the president initially saw himself as a vindicated victor. But once it became clear that it contained ample evidence of behaviour that fits a reasonable definition of high crimes and misdemeanours, and once it was revealed that Mueller was constrained from charging Trump by a justice department opinion that a sitting president cannot be indicted, Trump switched to portraying himself as a victim.

Soon he was describing the report’s findings as “fabricated and totally untrue” and portions of it as “total bullshit.” “This was an Illegally Started Hoax that never should have happened,” read one overwrought tweet, apparently oblivious to the fact that he was undermining the standing of the report that he had so recently claimed had exonerated him.

Some political and legal experts have argued that the findings of the Mueller report and Mueller’s statement that he believed he was legally prohibited from recommending criminal charges against a sitting president mean that Congress has a constitutional responsibility to act. Sally Yates, former deputy attorney-general, told Meet the Press on 28 April that Trump “would be indicted on obstruction” if he weren’t president. Lawyer Benjamin Wittes has written that the Mueller report details a range of abuses of power that amount to the sort of conduct for which impeachment authority was created.

The Democrats who control the House of Representatives clearly don’t have any intention of ignoring these issues, but they face major choices about the nature of any action they take. For the moment, formal impeachment is politically perilous. It would incite Republicans and the right-wing media to outrage and take the focus away from the issues — jobs, healthcare, immigration, trade — that affect voters directly, thus leading to even greater voter frustration with what is already seen as a dysfunctional Congress.

House leader Nancy Pelosi must manage the calls from the left of the caucus for impeachment while still being seen to act in a timely and responsive manner. She must prevent a splintering of a party that needs to present a united challenge to Trump and the Republicans in 2020, and must ensure that the issues that helped Democrats win back control of the House are carried forward.

In a recent letter to colleagues, Pelosi made no mention of the Mueller report and focused on legislation slated for upcoming votes — on protecting young undocumented immigrants from deportation, lowering the cost of prescription drugs, addressing climate change and barring gender discrimination. Her stated view is that impeachment is “one of the most divisive paths that we can go down” and that Congress must wait and see where the current investigations go. Of course, whatever the House determines will be resisted by the Republican Senate.

Political scientist Norm Ornstein has outlined how Democrats need to stage, conduct and coordinate hearings across House committees and subcommittees to make the case that Trump and his allies are unfit for office. Depending on what is unearthed, a formal impeachment enquiry by the judiciary committee might then follow.

This approach is echoed in an article by Mary Gay Scanlon, vice-chair of the judiciary committee, who sees the Mueller report as a roadmap to guide Congress’s next steps. The report directs Congress’s attention to four areas of inquiry, she says: obstruction of justice, coordination by the Trump campaign with the Russian government, fourteen ongoing criminal investigations, and the president’s refusal to provide forthright answers to the special counsel’s questions. She makes the case that the hearings must not be just grandstanding; they must involve serious testing of evidence.

Democrat presidential candidates are also divided on how to act. It was perhaps no surprise that senator Elizabeth Warren was the first to support impeachment; the surprise came when senator Bernie Sanders cautioned that focusing on impeachment might only help the president. Senator Kamala Harris and mayor Pete Buttigieg have also said they support impeachment, but more cautiously, stating that “Congress should take the steps towards impeachment” and it was “the job of the House and Senate to figure that out.” Others have shown greater reluctance to take up impeachment as an issue.

Former vice-president Joe Biden launched his presidential campaign last week by explicitly stating that Trump poses a threat to the nation’s character and future. But he used Trump’s refusal to unambiguously condemn white supremacist violence in Charlottesville as the example, and the Mueller report was not mentioned.

On the campaign trail, few Democrats spend much time talking about Trump’s links to Russia and the question of impeachment, and this approach will probably continue through the primaries. But whoever emerges as the Democrats’ nominee will then need to deal publicly and effectively with the issue of how to combat Trump’s ongoing assaults on the rule of law.

While Democrats wrestle with these dilemmas, Republicans are more than ready to forget the whole thing. “This investigation was about collusion, there’s no collusion, no charges brought against the president on anything else, and I think the American people have had quite enough of it,” said Senate majority leader Mitch McConnell when asked about potential impeachment.

Republicans are keen to move on because, although they were happy with the Barr letter, they are clearly worried about the possibility of the release of the unredacted report. Senate Republicans have five times blocked a resolution calling for its public release.

Back in March, before the Mueller report was completed, the House unanimously voted for a resolution calling for the report to be made public. That unanimity for openness did not last long; every Republican on the House judiciary committee voted not to subpoena the full report and supporting materials for their own perusal. The assumption is that they voted this way because they are worried that the redacted parts of the report would leak and embarrass Trump and his family and aides.

What do Americans think? A recent Washington Post–ABC News poll found that only 37 per cent of respondents favour impeachment and a majority (56 per cent) are opposed, although they were divided along party lines, with 53 per cent of Democrats strongly supportive of an impeachment investigation and 78 per cent of Republicans strongly opposed. But 58 per cent thought the president lied to the public about matters under investigation by the special counsel and the same percentage said that the report has not changed their opinion of the Trump administration.

Most Democrat voters have not made impeachment a litmus test for their candidates. What is top-of-mind for them, even more than having their key issues addressed, is finding a candidate who can beat Trump.

None of this has changed public polling of Trump’s performance as president. His favourability ratings have barely moved and there was certainly no bump in support. A Politico–Morning Consult poll taken after the release of the Mueller report showed Trump’s approval rating had dropped five points to 39 per cent, although this was not reflected elsewhere. The RealClearPolitics average of all polls has his approval rating barely changed at 41.3 per cent.

Trump’s grip on his conservative base is as firm as ever. His recent campaign rally in Wisconsin highlights how he feeds them the lines they want to hear (no matter how dubious) in order to receive the cheers he wants to hear. That rhetoric, delivered to a specific segment of the voting population, highlighted how the Republican Party and its candidates are still burdened by the problem that caused them to lose so badly in the House midterms: the fact that swinging voters are repulsed by Trump’s conduct, language and ethics.

The reality of today’s American politics is that the best and quickest way to remove Trump from office and ensure he is not seen as a martyr to partisan politics is at the ballot box. •

Lesley Russell is an Adjunct Associate Professor at the Menzies Centre for Health Policy at the University of Sydney and a Research Associate at the US Studies Centre. She has worked as health policy adviser on the Energy and Commerce Committee of the US House of Representatives, and has been a Visiting Fellow at the Center for American Progress and a Senior Adviser to the US surgeon-general.

Voters are back in charge in the Senate 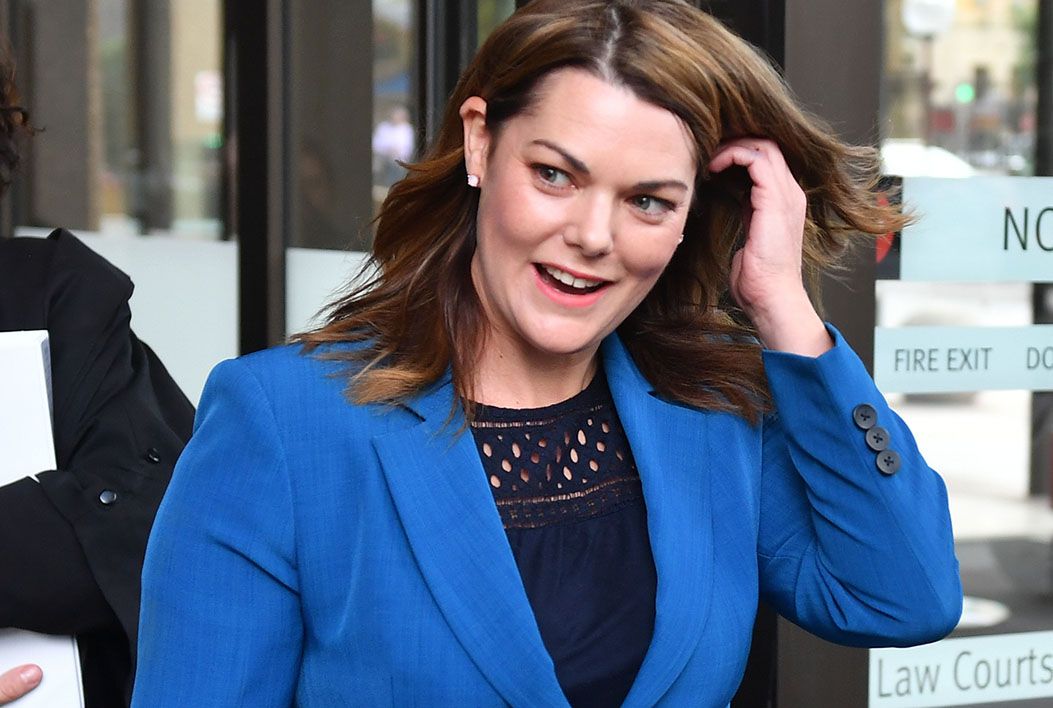