Composers might sometimes be envied by other artists, but music has a paradoxical limitation, writes Andrew Ford 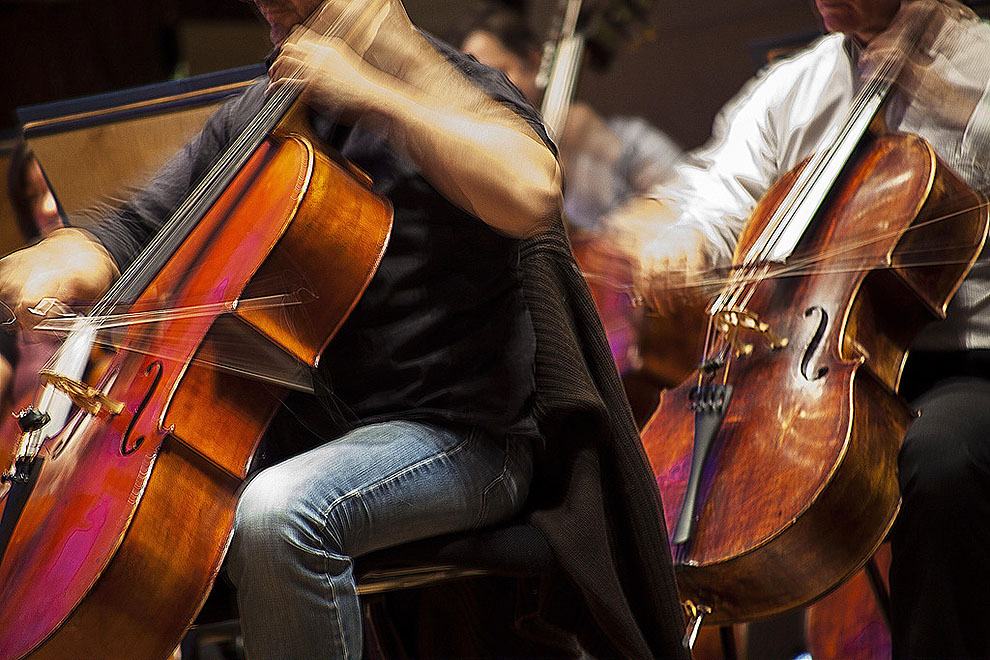 Engrossed, recently, in Charlotte Wood’s novel The Natural Way of Things, I began to wonder if it might make an opera. Keeping an ear out for musical possibilities is a standard condition of any composer’s reading, and in my own case, it mostly happens with poetry. After all, when you declaim a poem, even in your head, it’s only a short step to singing it.

Wood’s book had a lot going for it in the opera stakes. In an enclosed setting, a small cast of well-drawn characters communicate with each other in simple words (it’s a myth that operas demand florid language); there’s a bushland setting and some exhilarating changes of narrative pace, both of which cry out for musical elaboration; above all, there is tension, foreboding, drama and a clear plot with well-delineated strands of good and evil, laced with enough ambiguity and nuance to provide moments of hope among the horror. As you can probably tell, I was quite taken with the novel. But it won’t make an opera, not by me, and the problem is to do with the nature of music.

“It is cruel, you know, that music should be so beautiful,” Benjamin Britten wrote to a friend in a letter in 1937. “It has the beauty of loneliness & of pain: of strength & freedom. The beauty of disappointment and never-satisfied love. The cruel beauty of nature, and everlasting beauty of monotony.” Britten had been listening to Das Lied von der Erde, and marvelling at Mahler’s use of harmony and orchestration, especially the final minutes of the “Abschied.” “The same harmonic progression that Wagner used to colour his essentially morbid love scenes… are used here to paint a serenity literally supernatural,” he enthused.

Britten didn’t spell it out, and perhaps he didn’t intend it, but I have always thought that behind his words lay another, more regretful meaning: that music’s beauty was not just its great glory, but also its drawback.

There are some things that music is no good at, and inhumanity is one of them. Writing can manage it, so can painting and theatre and film, and this is because you can write and paint and act about inhumanity. “It’s only acting,” we tell small children on the verge of trauma from something on the telly that’s been a bit too exciting.

The Natural Way of Things makes uncomfortable reading because of the events it describes, but the writing itself is admirably vivid and often beautiful. The author is our intermediary, and a painter or film-maker would be the same, though it would be a particularly unflinching director who pulled off a film adaptation of Wood’s book. But a composer is not an intermediary, and music doesn’t tell or show, it embodies. Music is the thing itself.

I suppose a composer could aim to create music that was searingly ugly (Karlheinz Stockhausen once speculated that it might be possible to create music that would kill people), but the notion of music that sounds revolting is self-defeating, for no one would willingly listen to it. The mental and physical cruelty described in The Natural Way of Things would only be ameliorated by the addition of music.

Film-makers have always known this. We can watch the violence in A Clockwork Orange – feel detached from it, indeed – because at the same time as someone is being savagely beaten before our eyes we’re hearing Rossini’s overture to The Thieving Magpie. And when a director wants us to feel the full effect of violence, there will be no music at all. Hitchcock dropped Bernard Herrmann’s cue (along with the rest of his score) from the scene in Torn Curtain where the Stasi agent Gromek is murdered, because, he said, he hoped to demonstrate how difficult it would be to kill someone. Music would have made it look easy.

This issue came into especially sharp focus for me one morning in 2008 as I listened to the Sydney Symphony Orchestra rehearse the first performance of Kalkadungu, the orchestral piece that William Barton composed with Matthew Hindson. The piece employed a large and typically colourful Hindson orchestra, and featured Barton as singer, didgeridoo player and electric guitarist. It set out to tell some of the history of Barton’s people, the Kalkadunga from the area around what is now Mount Isa. A warrior tribe, the Kalkadunga resisted white settlement of their region for fifteen years. But when a pastoralist and five troopers were killed, the revenge was terrible. In 1884, Queensland police massacred around 200 tribe members. The event is central to Barton and Hindson’s Kalkadungu.

But how do you compose a massacre? What music could you imagine that would adequately convey the horror? Barton and Hindson’s music was intense, driven, loud and exciting. It was also, as I confessed to the composers after the rehearsal, my favourite part of their piece. Did that mean they had failed? Clearly not. The music was very powerful, the audience cheered and four years later the orchestra repeated the piece as part of its eightieth-birthday celebrations.

Still, as I sat in that concert hall, feeling guilty about enjoying this massacre so much, for thrilling to its pounding syncopation when perhaps I should have been recoiling in horror, I recalled Britten’s regret about the beauty of music.

Another quote I’m fond of is Walter Pater’s line about “all art” aspiring “to the condition of music,” the writer, painter and film-maker envying composers our necessary abstraction. I’ve talked to enough artists in other fields to know that it’s true. But it’s also true that, sometimes, we composers feel the limitations of our own art form. •

Is this such a man?

Books | Angus McMillan’s name has become attached to at least one massacre in Victoria’s Gippsland region, writes Peter Crowley. But does the evidence support the case against him?

Ambiguous relations: according to historian Peter Gardner, the two men shown with Angus McMillan on this 1939 commemorative postcard were probably William Login and Jimmy Raymond. McMillan secured Login’s release from jail on a murder charge; Raymond was McMillan’s companion during track-cutting trips into the mountains in the 1860s. Victorian Collections 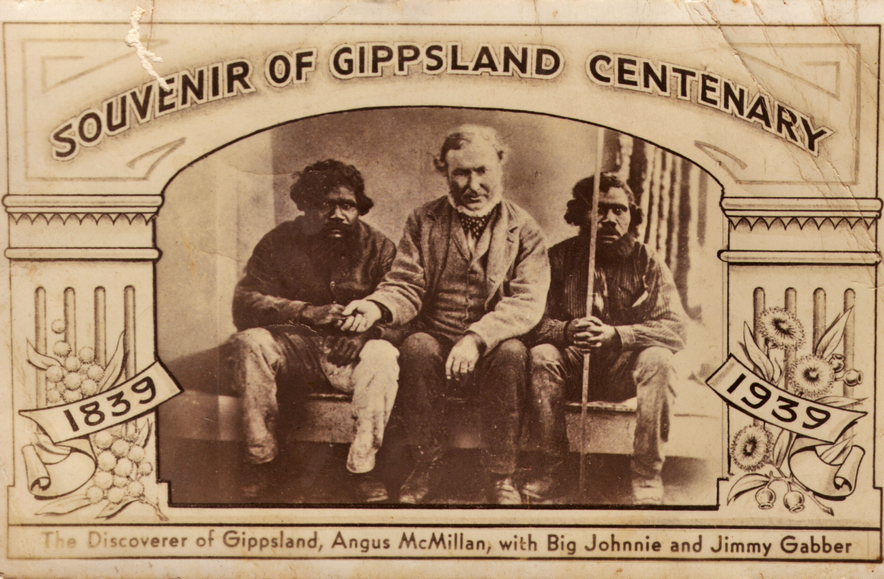 Ambiguous relations: according to historian Peter Gardner, the two men shown with Angus McMillan on this 1939 commemorative postcard were probably William Login and Jimmy Raymond. McMillan secured Login’s release from jail on a murder charge; Raymond was McMillan’s companion during track-cutting trips into the mountains in the 1860s. Victorian Collections