Despite the scare campaigns, an inheritance tax makes a lot of economic sense 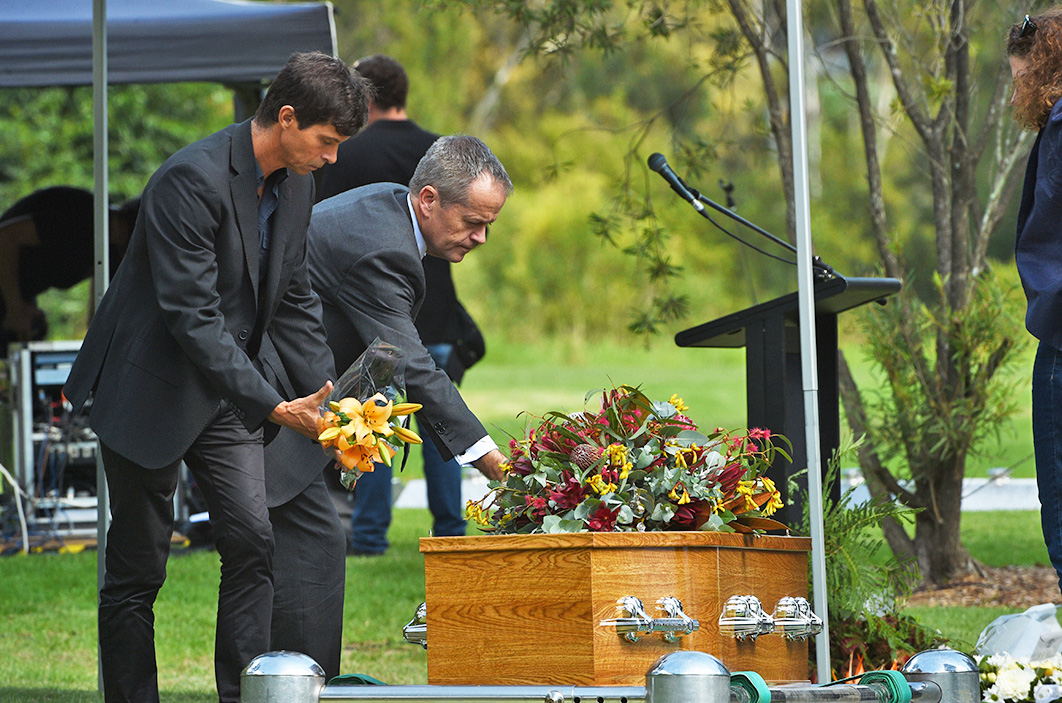 Regardless of Labor’s denials, Bill Shorten (centre) was alleged to be planning an inheritance tax during the federal election campaign. Mick Tsikas/AAP Image

The Labor Party took a lot of difficult tax policies to the 2019 election, but it was a policy that wasn’t in its platform — inheritance taxes — that might have been the most politically difficult of all. Inheritance taxes, or “death taxes,” are so toxic that even strenuous denials were not enough to stop the scare campaign.

Despite their appeal to economists and others concerned about rising wealth inequality, inheritance taxes are often nominated as the least popular taxes with the public. Their mere mention is a sure way to incite talkback radio vitriol and angry letters to the editor. Opposition to inheritance taxes is strong everywhere you look: among Labor and Coalition voters, rich and poor, young and old.

Even people who would never pay inheritance taxes seem to hate them. In a debate about the repeal of the estate tax in the United States in the early 2000s, people arguing to retain the tax stressed that the high thresholds meant only the richest 2 per cent of Americans would ever actually pay it. But this line of argument made the tax even more unpopular, because it came to be seen as an opportunistic tax grab targeting a minority. Astoundingly, in the nation where everyone is “created equal,” defending policies that entrench hereditary advantage became the high moral ground.

So why do inheritance taxes arouse such passion? Survey and focus group evidence from countries with such taxes give some clues.

The most common objection is that they amount to double taxation. Wealth is built from income that has already been taxed, the argument goes, so transferring that wealth to an heir should be tax-free. But in a world where we pay GST on the goods and services we buy with our post-tax income, the aversion to just that one form of double taxation makes little sense. Income taxes would have to be substantially higher if we really wanted to eliminate double taxation.

Ultimately, most people’s objections to inheritance taxes are emotional. Leaving money to family is seen as an expression of sacrifice and affection. People argue that they have worked hard so they can pass on something to their children.

Taxing such a bequeath is condemned as a “tax on love” levied at a time of grief. “You shouldn’t have to visit the undertaker and the taxman on the same day” was a powerful slogan used by US repealers. And these arguments are supercharged if the tax will be imposed on the value of the family home, a place of memories now tinged with sadness.

Given these sentiments, it is a brave politician who would float the idea. But the same focus group data suggest that some arguments can boost the appeal, or at least acceptance, of inheritance taxes.

The key is to invite people to consider it as a tax on the recipient rather than the giver. Compare a person who receives a $1,000,000 estate tax-free and a person who works for fifteen years to earn the same amount, paying a substantial amount of tax along the way. Suddenly, the fairness argument makes a lot more sense.

Another persuasive argument is that most people in their twenties, thirties and forties would be better off if we taxed inheritances. If all inheritances above $500,000 were taxed at 20 per cent, for instance, and all that revenue was used to fund income tax cuts, then most people would be ahead financially.

And this is before we even consider the economic benefits of such a tax change. Income taxes — “work taxes” — reduce people’s incentive to work and invest; inheritance taxes impose very little drag on the economy because they tax a one-off gain. So a healthier economy and more jobs could be added to the case for inheritance taxes.

Perhaps a tax reform package that includes an inheritance tax with a corresponding drop in work taxes would be saleable. People who are “having a go” would “get a go” by paying less tax on their hard-earned income. People with the advantage of well-off parents could make a contribution to a fairer society. Rather than a tax grab, such a package would be a reform to make our economy stronger.

It makes sense. But will any party run the risk of the inevitable scare campaign? •

Owain Emslie is an Associate, and Danielle Wood is the Budget Policy Program Director, at the Grattan Institute.