In his first full national interview since taking his seat in the Senate, the low-key independent talks about Asia, the Uluru Statement and the unemployed — and why he still opposes the government’s company tax cuts 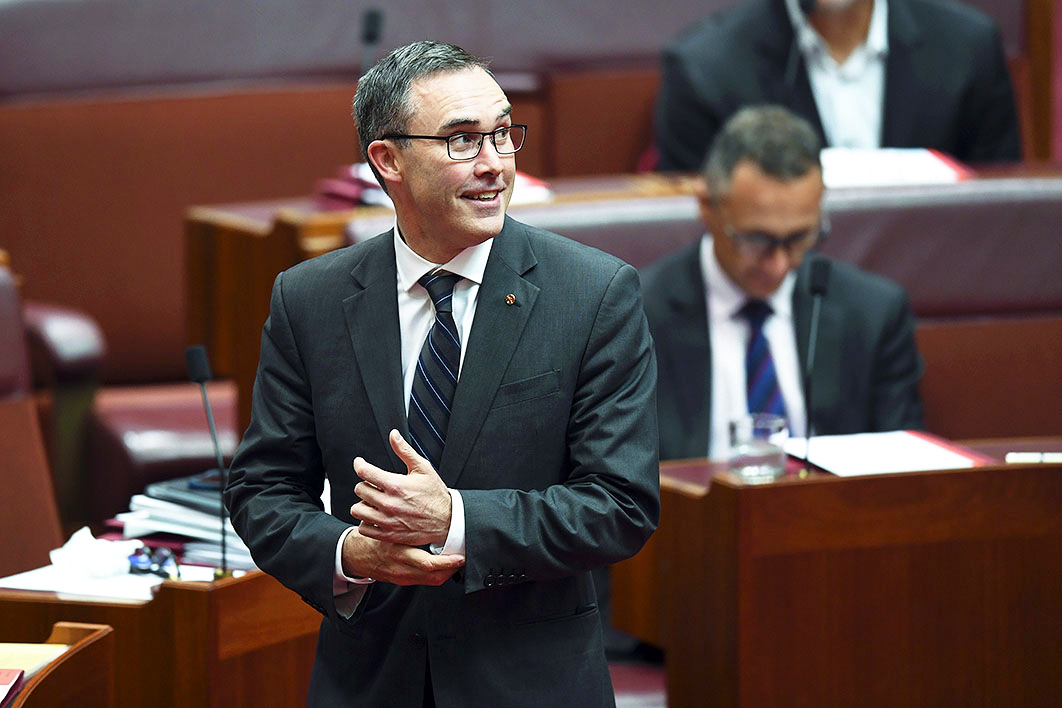 He speaks quietly, carefully, without the bluster of more seasoned parliamentarians. “I have a significant belief in entrepreneurial enterprise, and having a go,” says Tim Storer, the newest face in Australia’s turbulent Senate. Already, he is proving to be one of that chamber’s least predictable figures.

Storer entered parliament in February amid the continuing fallout of the dual citizenship drama that has shaken the upper house. He had stood at the 2016 election for the Nick Xenophon Team in South Australia, but lost. When one of the party’s successful candidates, Skye Kakoschke-Moore, resigned in November after she discovered she was a dual citizen, the High Court declared Storer her replacement. Having already quit Xenophon’s party, he took his seat as an independent.

Barely a month later, he sprang to national prominence when he denied Malcolm Turnbull’s government a crucial vote it needed to pass its proposed company tax cuts. He also opposed most of the government’s income tax cuts, which passed the Senate late last week. He could play a pivotal role again when the government brings back the company tax cuts this week.

At first glance, Storer looks like someone who would agree with Turnbull’s key argument for both sets of tax cuts: to stimulate enterprise. But the senator’s standpoint, like his political background, is more complex than it seems. He joined the Labor Party in 1996, but his membership lapsed after he embarked on an MBA degree at the Australian National University, having already studied economics at the University of Adelaide. He rejoined Labor in 2013.

The dates are striking. In his Parliament House office, I asked if his Labor membership was a reaction to the fact that John Howard and Tony Abbott, two of Australia’s most conservative leaders, took the prime ministership in precisely those years. At forty-eight, with square-rimmed glasses and neat, dark hair, Storer has the fit, bookish look of someone quite a bit younger. He seems unfazed by the question, and offers an unexpected answer.

It was triggered, he says, more by his support for a policy that Howard and Abbott did their best to kill: a republic. “I have long been passionate about it,” he says. “It’s entirely logical in a self-determining nation that we should have our own head of state, chosen by us in a way that reflects the democratic basis of our country.”

Storer put it more potently in his Senate maiden speech in May: “It’s ironic and telling that to be a member of this chamber you cannot hold British citizenship, but you must be British to be our head of state.”

Paul Keating, as Labor prime minister, pushed the republic cause during the nineties, but Storer saw the issue fade away under governments of both sides. “I felt I shouldn’t just sit on my hands,” he says, explaining his decision to rejoin Labor in 2013. Three years later, his membership having lapsed once again, some of the ideas the Nick Xenophon Team was promoting — including corporate and government transparency, and controls on gambling — drew him to that party.

Xenophon quit the Senate last year to contest the South Australian state election in March. Having stood for the Xenophon party in 2016, Storer reckoned he was best fitted to fill Xenophon’s Senate seat; Xenophon declined to nominate him. “We disagreed,” says Storer. He left the Nick Xenophon Team late last year, and joined the Senate as an independent when the High Court declared him elected.

Under the rules that gave some Senate places from the 2016 double dissolution election longer terms than others, Storer’s term is due to expire in June 2019. So now he is forming his own party, the Tim Storer Independent SA Party. He plans to contest the next federal election, but not to field other candidates under his party for either federal house. “Just myself,” he says. Running with a party name will get him “above the line” on the ballot paper, and thus likely more attention from voters than if his name was grouped with other independents.

If Storer’s quest to become a longer political fixture succeeds, his background — an intriguing mixture of social liberal and free marketeer — offers clues as to how he could use his Senate power.

Storer was born in 1969 in Loxton, a town on the Murray River. In itself, he told the Senate, that meant “a feeling of idyllic freedom, of imagination and time, and a sense of higher purpose.” Growing up during a progressive political decade in South Australia, a time when old ways were being questioned under the Labor governments of Don Dunstan, might have helped trigger Storer’s republican instincts. Yet his parents, and the Catholic schools he attended in Loxton and Adelaide, seem to have been important influences on his liberalism, too.

His father was a doctor, and his mother an English teacher. “Alongside their own careers, they emphasised having a sense of fairness, equity and social justice towards other people,” Storer says. In his maiden speech, he recited lines from the “Prayer for Generosity” he had learned at St Ignatius’ College in Adelaide. Little wonder, then, at some issues on which Storer signals he will push for change.

He wants a bigger effort from Australia to build regional processing in Southeast Asia for refugees. He wants more public housing to address the “homelessness crisis here in Australia.” The “appalling inadequacy” of the dole should be overcome by boosting the Newstart allowance. And Storer is dismayed by the Turnbull government’s dismissal of the Uluru Statement last year from Aboriginal and Torres Strait Islander leaders. He supports the statement’s call for constitutional change to give a First Nations voice in parliament, and for a Makarrata commission to oversee truth-telling and agreement-making between governments and Indigenous people. He supports bids to encourage more Indigenous entrepreneurs and businesses.

Storer’s centre-left agenda could well place him somewhere between contemporary Labor and the Australian Greens. But there is another side to his political self that unfolded far from South Australia’s Riverland region.

When he was twenty-three, he left Australia for Hong Kong. He calls the move a “seminal moment in my life.” He was swept up by Asia’s “dynamic mindset embracing change, seeking new horizons for experience and prosperity.” For the next twenty years he worked in China and elsewhere in Asia with small and medium enterprises, then with the World Bank in Vietnam and later selling business enterprises into Asia from Sydney and Adelaide.

He learned Mandarin and Vietnamese, languages of countries he worked in. “It was both respectful and offered insights I could not have otherwise gained,” he says. He wants more Australian companies to invest in Asia, and more Asian investment here: “We must resist knee-jerk reactions against investment by non-Western entities.” And he talks glowingly of trade with Asia that has boosted Australia’s economy, citing a 63 per cent year-on-year rise in wine exports to China in 2017, much of that from his home state.

Yet there are reports that China has imposed entry delays on some Australian wine exports in response to the Turnbull government’s anti–foreign interference legislation, which some see to be aimed at China. How does Storer think the government has handled Australia’s China relationship? He seems unwilling to be drawn into that debate, but without pausing he offers a slightly pointed response, nonetheless: “It’s a complex issue and we have to have measured statements and actions, but also openly engage with China. It will be a defining aspect of our region and worldwide.”

Storer’s wife, Belinda, has Malaysian-Chinese background; they have two sons. Political attention will shift to Storer once again during parliament’s final sitting week before the Super Saturday by-elections in late July. Emboldened by winning Senate support for its $144 billion income tax cut package, the government will reintroduce its plan to cut company taxes from 30 per cent to 25 per cent over the next nine years. And once again, for the company tax cuts, Storer’s vote could be crucial.

He supported the first stage of the income tax cuts, targeting low- and middle-income earners, arguing they were affordable and that their impact would flow directly to the economy. He opposed the last two stages, which will leave most income-earners eventually paying 32.5 per cent tax. He says the full package is unaffordable and will “handcuff” revenue. Australia, he says, is already paying $18 billion a year in interest on $550 billion of gross government debt. But the government insisted on putting all income tax cuts in one package. So while nine of the Senate’s ten crossbenchers gave votes the government needed, Storer joined Labor and the Australian Greens to vote against it.

The company tax cuts are a less sure thing. More crossbenchers still need persuading to get them through. Given his support for more investment and enterprise with Asia, some might see Storer favouring Turnbull’s argument that Australia’s corporate tax rate of 30 per cent is making the country uncompetitive. Asia has an average company tax rate of 21 per cent.

Storer sees it differently. He challenges Turnbull’s case that such cuts will trickle down to benefit workers and thus boost the economy. Parliament has already approved some company tax cuts, but only for businesses with annual turnovers of $50 million or less. Storer cites a survey from one consultancy showing these cuts have produced little of the growth in wages and jobs the government claimed would follow. He thinks the company tax cuts are “too isolated” and should form part of broader tax reform. His model is the tax review undertaken ten years ago by Ken Henry, who was Treasury secretary at the time. Henry produced 138 recommendations, most of which governments have ignored.

The amalgam of market economist and social progressive in Storer is a sign that no government can take his vote for granted. As he embarks on securing a longer term in parliament, why does he see politics as an avenue to achieve change? “My ideas have been well received,” he says. He plans to test all legislation by benchmarks of “integrity, fairness, prosperity and sustainability” before giving it his vote. “That is what South Australians would like me to do, without seeking side benefits.” That is a kind way of saying “no deals.”

Our interview, just days before the income tax legislation goes to parliament, comes to a speedy end. With Parliament House alive with lobbyists and meetings, Jim Middleton, a former senior ABC journalist who now works for Storer, ushers the senator out. In a parliament where deal-making has become the name of the game, Storer the independent will be an interesting figure to watch. ●

Is being seen as the likely winner becoming a problem for Labor? 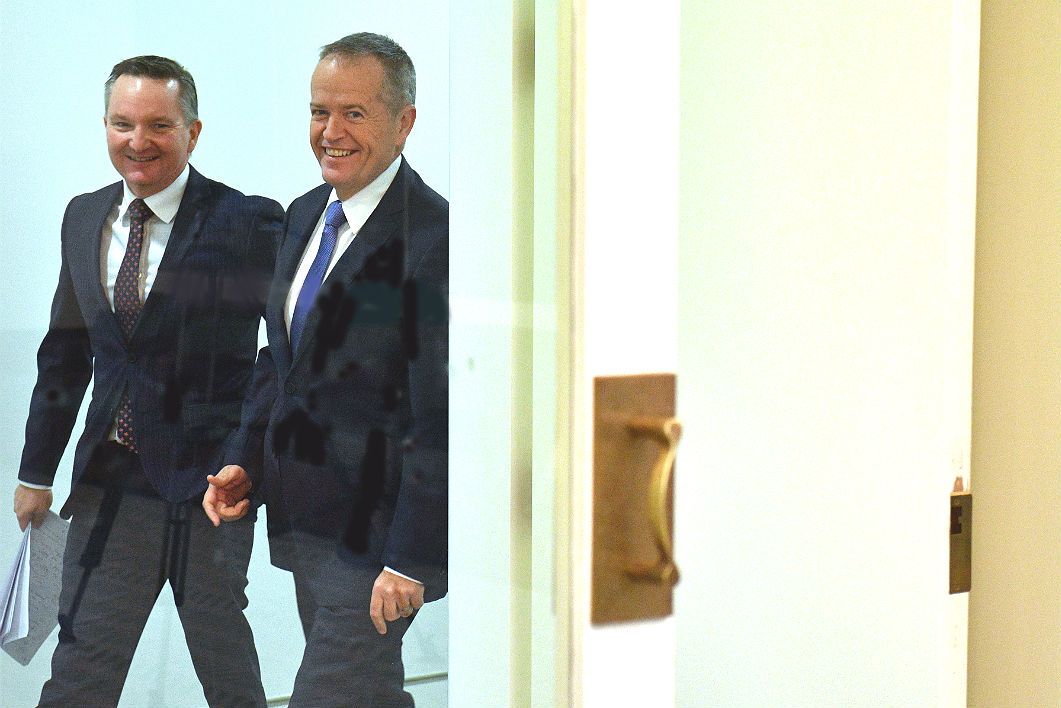