Political authority is a precious commodity. Use it or lose it 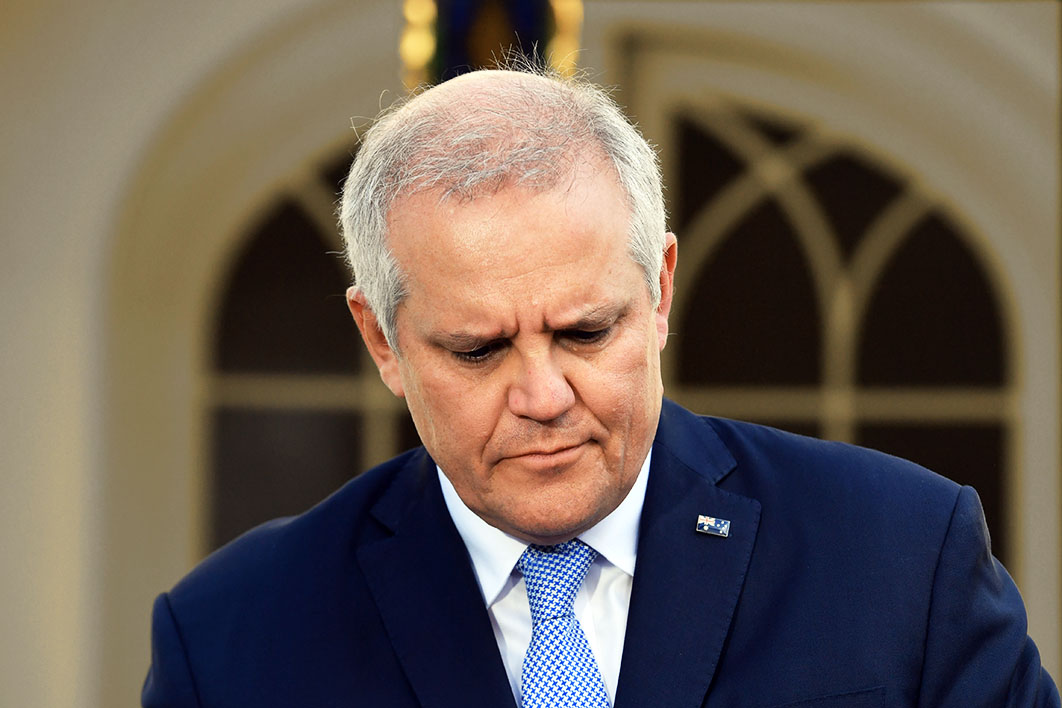 Where did it go? Prime minister Scott Morrison at Kirribilli House on 8 July. Mick Tsikas/AAP Image

Which Australian prime ministers have enjoyed that special thing, party-room authority? When they’re held in something approaching awe by their colleagues, and even by their factional enemies, and that allows them to pull their party out of its comfort zone?

Scott Morrison did for about six months after his heroic May 2019 election win. Malcolm Turnbull, on the other hand, never did. As Arthur Sinodinos let slip on Insiders in early 2016, Turnbull anticipated a big electoral win that year followed by a reality check for the party’s right. Voters had other plans.

Tony Abbott possessed that elixir for a few months after the 2013 change of government. But the opinion polls suspiciously failed to show a honeymoon, the 2014 budget was very poorly received — and, arguably even worse, it failed to get through the Senate. It instead hovered in plain sight, a list of horrors the government wished to inflict but wasn’t able to.

What generates party-room authority? Election wins mostly, big ones or ones much better than expected. Taking government from opposition, of course. A perception of electoral prowess, the party believing it couldn’t win without that person.

That was Kevin Rudd for about two years after November 2007, John Howard from 2001 to 2007 and, before that, his first six months or so in 1996. Howard put that early capital to excellent use, dragging his own side towards national gun laws, which boosted his popularity in the electorate. Not long after that a kind of torpor set in. What was he here for?

Tampa and 9/11 eventually answered that question, but it’s hard to find anything much that flowed from his all-conquering final two terms. Perhaps it’s in true believers’ tolerance of the size of government, those record high taxes as a percentage of GDP. Little grumbling could be heard from the party’s right because of Howard’s perceived indispensability and general adherence to right-wing causes.

Paul Keating after his 1993 Morrison-like victory is another example. Bob Hawke, for three terms; Malcolm Fraser for his first two. Gough Whitlam, of course.

Hawke, with Keating, dragged his party to the economic centre, embracing, or at least accommodating, “economic rationalism.” In his last term, Keating did industrial relations, tariffs, competition policy, all things that don’t come naturally to the Labor Party.

Then there’s authority in the electorate. Much of the commentariat believes voters want someone they could imagine going to the footy with; but what they actually crave is leadership, tough love, being made to eat their greens. They don’t like it at first, but once the nasty change is made — and once most people find it didn’t inflict much misery on them after all — they give the leader a tick. Howard’s GST was a great example. Fraser was just the “bastard” the country needed after the excesses of the Whitlam years; the sizes of his first two wins have not been surpassed since.

Rudd never understood that dynamic, or if he did he wasn’t able to overcome his own inclinations: he wanted to be the one always handing out goodies.

In the current decade, Covid tough love has done wonders for our premiers and chief ministers, but the Commonwealth, despite footing most of the gigantic bill, doesn’t seem to have benefited as much.

They can never take Morrison’s 2019 “miracle” from him, and Covid still gives him purpose, but he’s not the prime minister he was two years ago. The lackadaisical attitude to the vaccination rollout, which was actually shared by others for a time, has truly come back to damage the country and the government.

How could Morrison have employed his god-like post-election status two years ago? Most obviously, he could have pushed his party towards reality on climate change. Instead he went the other way, encouraging their delusions with UN-sceptic speeches.

Australia has long been selfish in its emissions commitments (see this Rod Tiffen explainer) but the ideological dimension kicked in in December 2009, when the Abbott-led opposition chose to campaign against a carbon price. The Labor government went to water, and the rest is history. It became a deep feature of culture wars, perceived as a key component of the Coalition’s political arsenal. As with asylum seekers, party supporters and backbenchers demand a hard line.

As for the National Party, the “coalition arrangement,” a relic of a previous century, sees 19 per cent of the party room deciding who will be deputy prime minister, and retaining the capacity to hold the government to ransom.

Everyone now understands we can no longer freeload on climate change, or at least as egregiously as we are used to doing, but the government is incapable of even committing to the unambitious target of zero net emissions in 2050.

For the Labor opposition it’s a conundrum, because taking serious action to the ballot box would hold dangers.

The sooner those carbon adjustments and even tariffs hit us the better. If that’s what it takes to spur action, then so be it.

And if the next election produces a majority government, authority should once again belong to whoever is prime minister. For a time. •