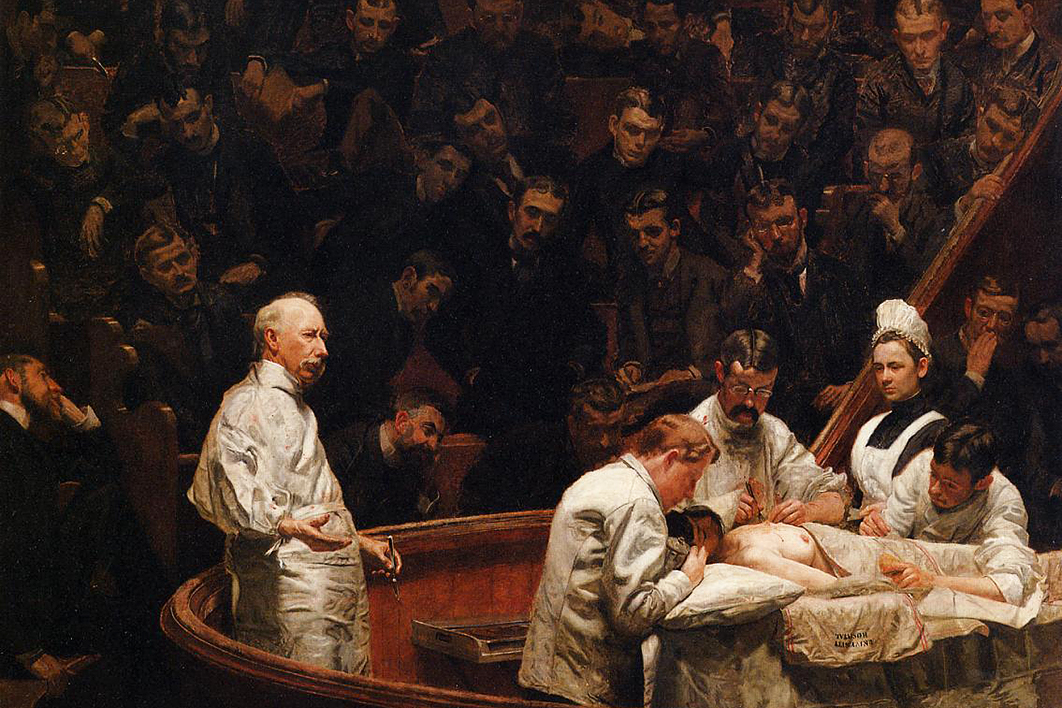 A white coat is a potent symbol of medical expertise and authority. Yet it is rare these days to see an Australian doctor sporting the universally recognised uniform that is still worn by medics in many other countries. It is increasingly seen as an outdated — and some say potentially dangerous — symbol of the medical hierarchy and a poor substitute for good hygiene and infection control. And it turns out that it can have unexpected effects on the relationship between patients and doctors.

It’s also a relatively recent feature in the long history of medicine. White-coated doctors first began appearing around 1900. Prior to that, like clergy, they dressed in black to reflect the sombre nature of their work (and perhaps the fact that seeking medical advice was often a last resort, and even a precursor to death). For a surgeon, a black frock coat stiffened with blood and other bodily fluids was the badge of a busy practice.

But as knowledge about infection control improved through the work of people like Joseph Lister and Ignaz Semmelweis, and as the idea of surgeon as scientist took hold, doctors began wearing white laboratory coats. They symbolised not just cleanliness but also the growing scientific authority of the medical profession and the shift in sick care from home to hospital.

As surgeon Atul Gawande has pointed out, the change in surgical garb is vividly portrayed in artworks. Thomas Eakins’s 1875 painting The Gross Clinic shows a surgeon and his assistants — all dressed in black — performing surgery in the Jefferson Medical College amphitheatre. Fourteen years later, Eakins’s The Agnew Clinic depicts the surgeon and his assistants in white, with the nurse wearing a white apron and the patient lying on white sheets.

The rise of white coats was as much about status and practicality (lots of pockets for the tools of the trade) as it was about hygiene. In many medical schools, especially in the United States, doctors-to-be still receive their white coats in a robing ceremony that echoes a priestly ordination.

But times change, and so does scientific knowledge. Now we know that the white coat can foster an inappropriate sense of entitlement, can intimidate some patients, and may harbour microbes. In the grip of a phenomenon known as “white coat hypertension,” some patients exhibit higher blood pressure in a fully-fledged clinical setting.

Hospital-acquired infections are a growing threat — an estimated 165,000 people contract infections in Australian hospitals every year — and every step must be taken to limit their transmission. Evidence indicates that doctors’ clothing (including ties) often carry harmful bacteria, and strong circumstantial evidence suggests that these infections can be transmitted to patients, although this has not been proven. White coats, which may be laundered less frequently than street clothes, are a prime suspect.

That’s why they were banned in British hospitals in 2007 after a number of National Health Service trusts found that there is a risk they could become heavily contaminated with pathogens and that they prevented good hand hygiene. In 2014, in new guidelines for healthcare attire in non-theatre settings, the American Society of Healthcare Epidemiology stated that white coats that come into contact with patients should be washed daily, ties should be clipped in place, and hospitals should strongly consider a “bare below the elbows” policy (short sleeves and no wristwatches or jewellery).

Australia’s Guidelines for the Prevention and Control of Infection in Healthcare, published in 2010, also state that uniforms should be laundered daily, whether at home or at the hospital. But they acknowledge that, all other things being equal, there is no evidence that they increase the transmission of infections. (After all, lab coats, scrubs and street clothes are equal-opportunity bacteria spreaders.) Perhaps as a result, quite variable guidelines are set by individual institutions. Some hospitals have a bare below the elbows policy, and some still require doctors to wear the white coats that have largely disappeared from Australian teaching hospitals.

The risks run both ways. It’s not uncommon to see medical staff in scrubs, and even wearing surgical caps and bootees, in coffee shops around major hospitals. Whether or not these are contaminated with microbes is hardly the point; it sends a message that hygiene barriers can carelessly be broken at a time when even simple handwashing regimes are hard to enforce.

So what is the dress code that is practical and also sends the right messages to other healthcare professionals, patients and their families? What people wear affects how they are perceived by others — as female doctors, often mistaken for nurses, know all too well.

Research has shown that patients have strong feelings about what their doctors should wear, and they vary according to clinical setting, the doctor’s sex and age, and from country to country. In 2015, the British Medical Journal published a systematic review of research on the role of doctors’ attire on patient perceptions. The authors reviewed studies across fourteen countries, covering a range of clinical settings. They found that formal attire, with or without white coats, was preferred in the majority of cases, especially by older patients. But in emergency departments, surgical theatres and intensive care, scrubs were more likely to be equated with professionalism, perhaps because they convey a hands-on approach.

It’s a somewhat different story for general practitioners. A Belgian study found that patients trusted female doctors and older male doctors most when they were wearing professional clothing and a white coat, but preferred young male doctors to wear more casual attire.

In other words, patient perceptions are complex, and in some cases a white coat can create a barrier between doctor and patient. For this reason, psychiatrists and paediatricians were among the first doctors to stop wearing white coats. Yet one Australian study found that patients felt more confident and better able to communicate with doctors who wore white coats, and in American research patients have said they were more likely to divulge social, sexual and psychological worries to doctors wearing white coats.

Some equally intriguing findings come from the field known as embodied cognition. This research has shown that a doctor who wears a white coat and knows its symbolic meaning tends to be more careful, rigorous and better at paying attention.

Of course, the practice of medicine and the care of patients clearly involves more than dress. A Scottish study highlights the heartening fact that patients feel their doctor’s appearance is not as important as compassion, politeness and knowledge. One of the most eloquent pleas for these values comes from Don Berwick, a renowned patient safety expert. “Those who suffer need you to be something more than a doctor; they need you to be a healer,” he told a Yale Medical School graduating class.

“And, to become a healer,” he went on, “you must do something even more difficult than putting your white coat on. You must take your white coat off. You must recover, embrace and treasure the memory of your shared, frail humanity — of the dignity in each and every soul.” •

The program that changed Australia

Television | As Four Corners has shown for decades, ABC investigative reporting will always have its critics 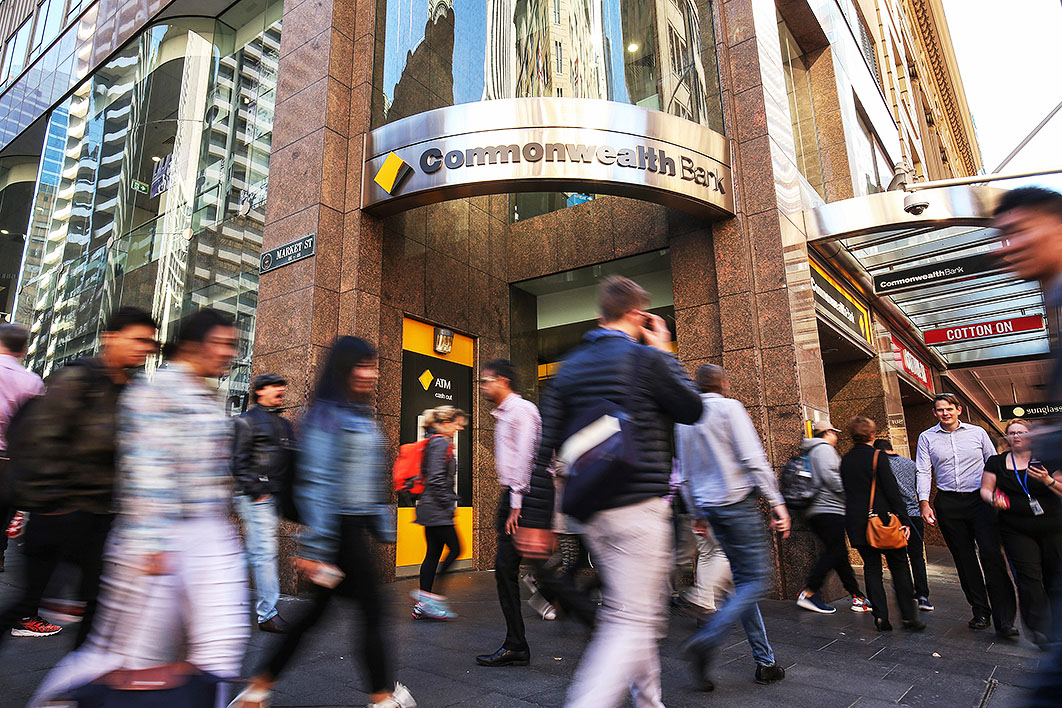