The sudden rise to influence of the independent MPs is a challenge to the two-party system and how it’s reported, writes Peter Browne 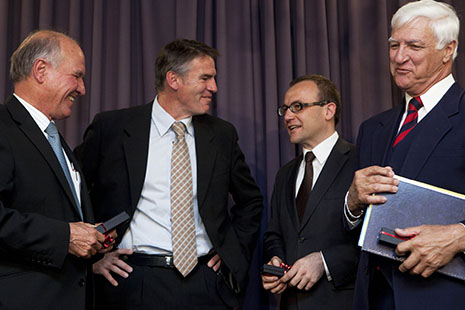 “IT’S GETTING to the stage where Julia Gillard, Tony Abbott and the nation would actually be better of if we just went back to the polls.” Dennis Shanahan’s comment in today’s Australian might be a sincere piece of political analysis, a cry from the heart or a shrewd judgement about which way the independents might jump, but it also says something about the role of the Canberra press gallery in national politics. This is an intensely interesting period in Australian political history, and yet running through the commentary seems to be an assumption that the pre-election status quo – in which policy-making had almost ground to a halt on both sides of parliament – is preferable to allowing the three independents any say over the composition of the next government. It's not surprising that MPs from the major parties are unsettled by the week’s events, but it's strange that so many commentators also seem to be yearning for a familiar landscape.

The main charge levelled against Tony Windsor, Rob Oakeshott and Bob Katter is that they don’t have a common view on issues like climate change and asylum seekers. “Sorry guys,” writes the Age’s Katharine Murphy, echoing comments by her Fairfax colleague Phillip Coorey at yesterday’s National Press Club lunch. “The sentiment is great. But these look like the same old policy differences and the same conflicts.” But these are independent MPs who campaigned individually in three quite different seats, so all we could reasonably expect them to have in common is a seat on the cross benches. They share considerably more than that, though: Tony Windsor and Rob Oakeshott, in particular, have a long-term and well-developed interest in reforming parliament.

Their proposals originated in the close relationship between Windsor and Peter Andren, the independent member for Calare from 1996 until his death just before the 2007 election. Andren, a much-admired former news editor with regional television in Orange, one of Calare’s main centres, took up a series of issues that were unlikely to have majority backing in his electorate – he supported John Howard’s gun laws but opposed the crackdown on asylum seekers, for example – and in the process turned Calare into one of the safest seats in Australia. Parliamentary reform and tighter controls over electoral donations and MPs’ expenditure were among his priorities.

Since he won the Lyne by-election in 2008, Rob Oakeshott has added ideas and enthusiasm to the informal grouping. Oakeshott, who won the NSW state seat of Port Macquarie as a National Party member in 1996, aged twenty-six, left the party after seeing its developer friends doing battle with residents along the electorate’s coast. Contesting the following state election as an independent, his primary vote jumped to 70 per cent, translating into a two-candidate-preferred vote of 82 per cent. He resigned from state parliament in 2008 to contest Lyne.

Bob Katter is the outlier in the group, the one whose views on climate and asylum seekers fuelled comments like those of Katharine Murphy in the Age. Despite their differences, though, the three MPs, who between them have weathered years of indifference and sporadic attacks from both parties – but especially from the Coalition – decided to work as a group well before they were presented with this opportunity to influence the shape of parliament.

Their shared interest in parliamentary reform draws on the experience of other independents and minor parties in dealing with similar election outcomes in Victoria, Tasmania, New South Wales, Queensland, South Australia and the Australian Capital Territory. In Victoria, for example, three independent MPs with quite distinct priorities – two who had much in common with the National Party, one a former Labor Party member – came together to back Steve Bracks’s Labor government through its first term. The arrangement was underpinned by a “charter” agreed to by the three independents and the Labor leader, and over three years Labor adopted virtually every initiative – reform of the upper house, increased autonomy for the state auditor-general, enhanced FOI legislation – it spelt out.

Not surprisingly, the Victorian independents didn’t vote as a bloc on other issues during that term of government. But they had won a remarkable set of concessions, reversing many of the anti-democratic moves of the Kennett government and dramatically modernising the Legislative Council.

Federally, the Coalition seemed to learn nothing from the growing popularity of the regional independents. In 2004, for example, the National Party campaigned against Peter Andren’s support for asylum seekers – “A vote for Peter Andren is a vote against keeping Australia in safe hands” – yet he was returned with an increased majority. Four years later, the Nationals (who had held Lyne since it was created in 1952) tried to portray Rob Oakeshott as a secret Labor supporter; he won 64 per cent of the primary vote and a massive 74 per cent of the two-candidate-preferred vote.

Obviously the party system will endure, and it’s likely that the next election will bring a return to majority government. But the major parties, and the media, should try to draw some lessons from this period of uncertainty. Tony Windsor (with 76 per cent of the two-candidate-preferred vote at last count) and Bob Katter (69 per cent) have a much higher level of support in their electorates than all but a handful of MPs who are backed by the resources of one of the major parties, and Rob Oakeshott (62 per cent) is doing pretty well too.

Their moment of influence is an opportunity to think about how the parties themselves can reconnect with their local constituencies – not in a poll-driven way, but with the kind of dialogue that has enabled the more sophisticated independent MPs to follow their consciences without losing electoral support. And the major news outlets could consider how the unexpected rise to influence of these three MPs (and the Greens and Andrew Wilkie) might influence the way they report national politics in the future. •

Thailand’s bad men and the challenges for Abhisit Vejjajiva

Thailand has dropped out of the headlines but the long-term struggle for political control continues, write Andrew Walker and Nicholas Farrelly 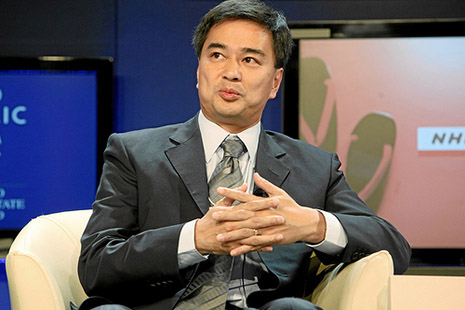