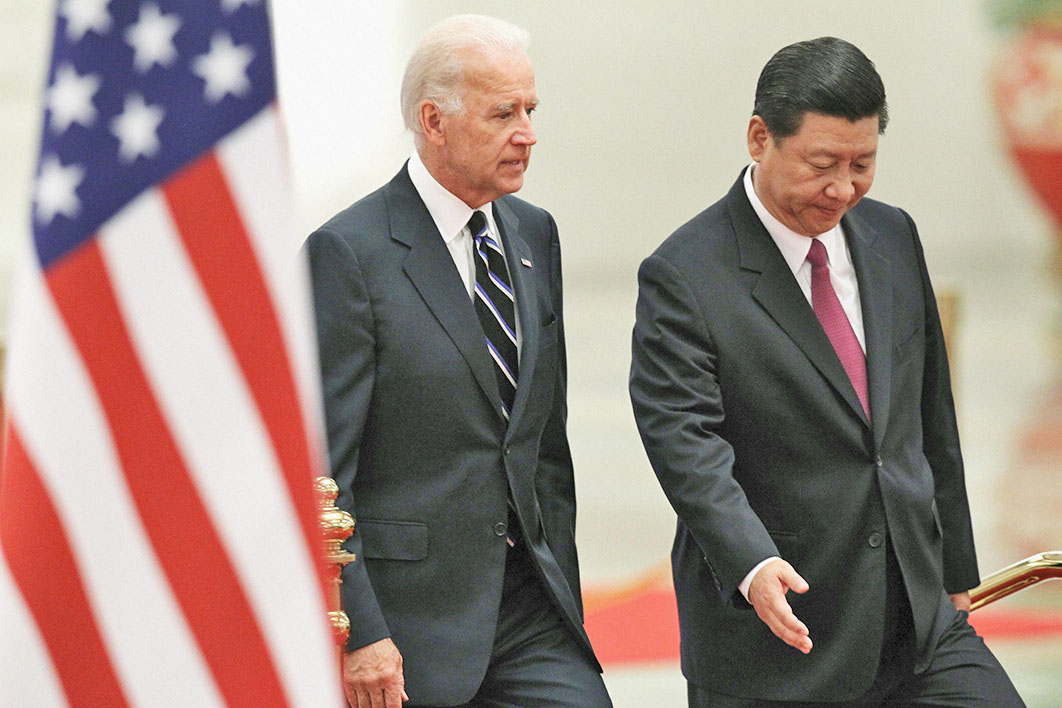 Donald Trump is in trouble. The most recent New York Times/Siena poll gave Joe Biden a landslide fourteen-point lead over the president, including in all six battleground states. Trump’s popularity has all but vanished among the white voters who put him in the oval office.

True, there’s reason to be a little sceptical of the polls. They spectacularly failed to predict the outcome of the 2016 election. But even if the current numbers are as wrong as they were in 2016, Biden would still win comfortably. His margin is simply too big.

The president’s popularity has nose-dived over his perceived mishandling of pretty much everything, from Covid-19 and nationwide riots to race relations and criminal justice. His claim to a growing economy — which was never realistically his doing — has evaporated: having inherited a growing economy in 2016, he will hand back an economy that will have contracted by 8 per cent in 2020, according to the IMF.

Assuming Biden can maintain his commanding margin to November — perhaps a bold assumption in a fast-moving environment — some in Australia are already rejoicing at the prospect of a return to normal behaviour by the United States on the world stage. Such optimism is misplaced. While a President Biden would certainly create fewer headaches for Australia on the global stage, he’s not going to solve some pressing problems for us, particularly on China and trade. In some instances, he might make them worse.

Biden will struggle to deal with the deep, structural challenges that have fuelled America’s backlash against globalisation. Trump was no accident. He was the product of growing inequality and fast-moving economic and social changes, including automation and rapid technological change. Trump blamed immigration and trade for America’s woes whereas, in reality, the problems are domestic.

The countries that have done the best out of globalisation are those with strong social safety nets that support people out of work and help move workers from declining industries to growing ones. The United States does terribly on both counts. The losers from automation, technology and trade are left to fend for themselves, creating pockets of deep disadvantage among communities who then turn to political extremes for comfort.

Biden will struggle to fix these domestic challenges quickly, if at all. One reason Trump directed the ire of Americans towards globalisation is because the White House has more power over foreign policy than domestic policy, even though the latter is where America’s actual problems lie. For Biden to fix the deep problems in the US economy, he would need to implement bold domestic reforms. This would require him to achieve at least three things: win the House and the Senate, win a margin large enough to defeat potential Republican filibusters, and unite the often-divided Democratic Party around an agreed policy platform — all the while the economy continues to struggle in the aftermath of Covid-19. Even on the current polling, this is a tall order.

The biggest international headaches for Australia have been the tensions between the United States and China and the damage to the global trading system. There’s little reason to think either would change much under President Biden.

Biden has accused Trump of being too weak on China, and some in Beijing have expressed a preference for another term of Trump rather than a new president. Their reasoning is straightforward: Trump is anti-China but incompetent, whereas Biden is anti-China but likely to be highly skilled at rallying America’s allies and delivering substantive policy changes.

China’s state-run Global Times remarked recently that President Trump was helping China by promoting greater unity among the Chinese people. Many in China want to see Trump re-elected because he “can make America eccentric and thus hateful for the world.” A Biden administration might be much more effective at carving allies further away from China, including Australia. This would force Australia into the binary choice we have been trying to avoid for decades: the choice between our largest trading partner and our largest strategic partner.

Trade poses similar challenges. Biden is yet to outline many policies, but those he has released have a strong protectionist bent. He has promised to significantly strengthen Buy American policies. He has promised to leverage trade, tax and investment policy to spur domestic innovation and reduce US reliance on foreign manufacturing.

None of these would be good for Australia. Donald Trump’s analogous America First policy has inflicted significant damage on Australia’s economy. The US–China trade deal has diverted agricultural trade away from Australia, prompting China to impose tariffs on Australian barley and beef to ensure that its firms and households will buy enough American produce to comply with their agreement. Trump’s attacks on the World Trade Organization and the dismantling of its dispute settlement body have weakened the rules-based system Australian businesses rely on for their livelihoods.

What should Australia do? Given both Trump and Biden present challenges, the government needs to break out of the binary “US versus China” mindset and do two things.

First, it needs to focus more on the region in which we live. Japan, Korea, Indonesia and many other Asian countries are in exactly the same situation as we are. We would be much better able to manage the United States and China by working with like-minded countries.

This is normally easier said than done. It can be hard to find practical areas of common interest on which countries can work together. But Covid-19 has solved this problem. The pandemic has provided a plethora of issues of common concern: from financial stability, regional travel protocols and the distribution of Covid-19 diagnostic tests and treatments, to food security, coordinated structural reform and advancing Asia’s flagship trade agreement, the regional comprehensive economic partnership.

Barack Obama called Donald Trump “a symptom, not a cause” of America’s political climate, warning that “it did not start with Donald Trump.” He’s right, and the longer Australia tries to manage its relationships with the United States and China on our own, the further into a corner we will paint ourselves. • 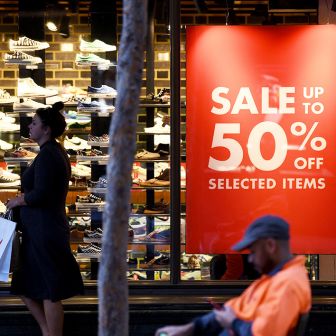 What difference can a healthy building make?

A matter of life and death? An artist’s depiction of the interior of Norman Foster’s recently completed 425 Park Avenue building in New York. 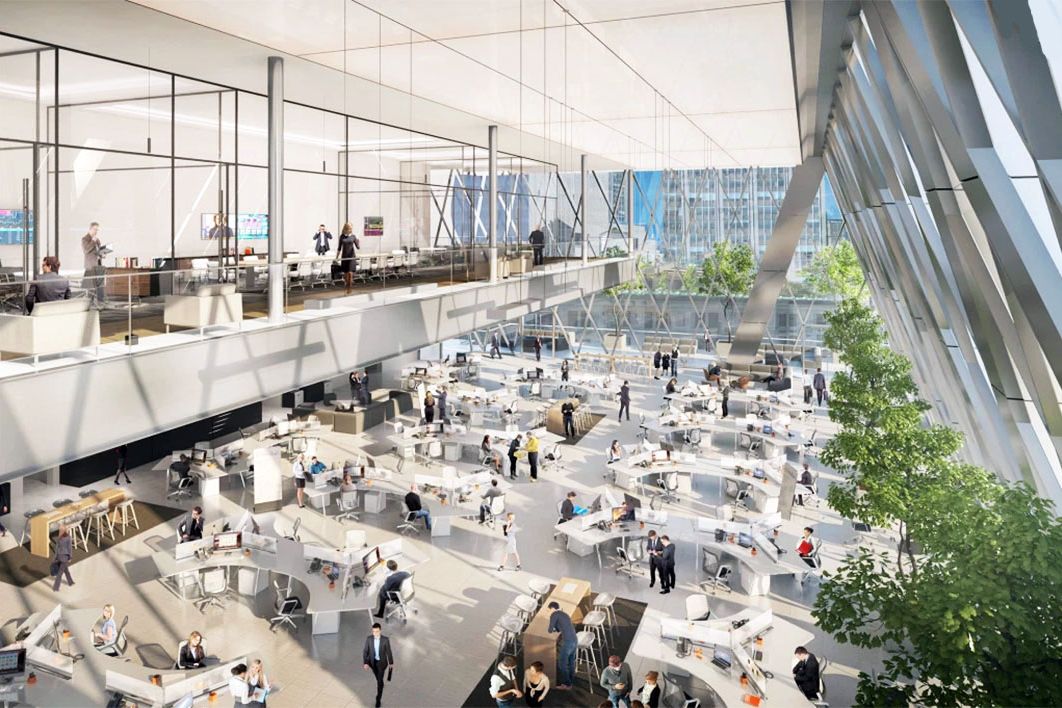 A matter of life and death? An artist’s depiction of the interior of Norman Foster’s recently completed 425 Park Avenue building in New York.