Television | As the debate over violence in Melbourne intensifies, Romper Stomper ups the ante so high it loses touch with reality 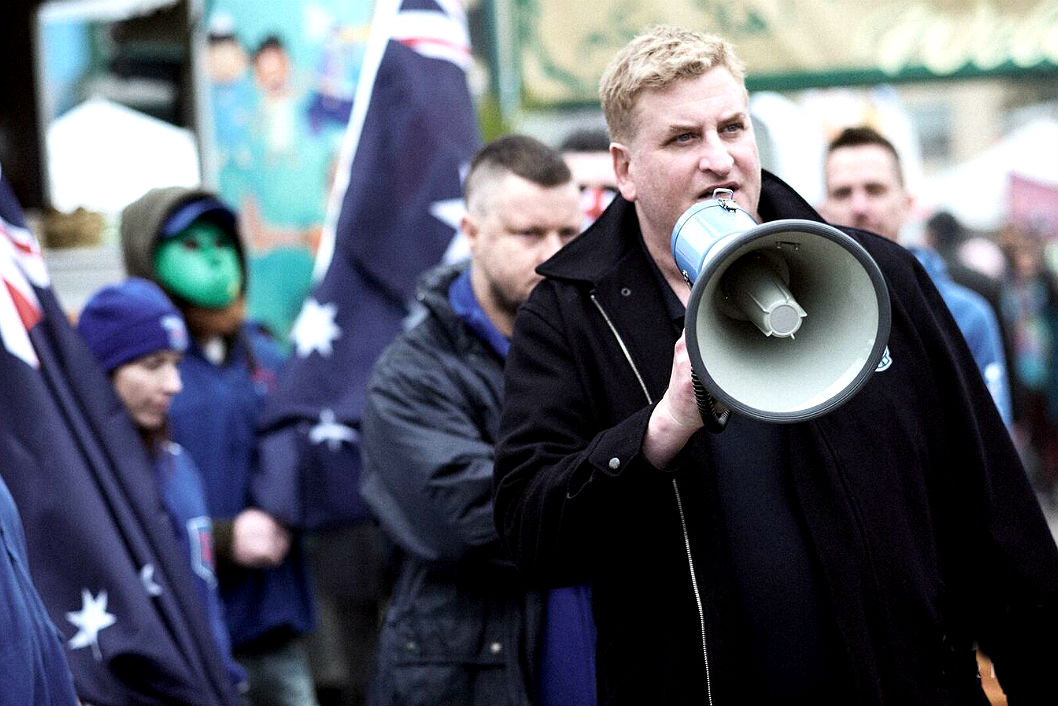 “Do we want Australia for Australians? Or do we just want to give it all up?” That is the proposition driving the neo-Nazi group Patriot Blue in director Geoffrey Wright’s “next generation” Romper Stomper, streaming on Stan.

The series opens with the Patriots stirring up trouble at a Muslim community feast. “We see you for what you are,” their leader, Blake Farron (Lachy Hulme), proclaims. “The thin end of the wedge, who would bully my people into accepting your culture.” Two young guys with shaved heads look on, clearly drawn in by the rhetoric. As an anti-fascist group gathers and prepares for confrontation, pulsing soundtrack music ratchets up the tension. When the fight breaks out, the two onlookers weigh in, taking the violence to a level neither of the gangs seems to have anticipated.

The release of this six-part series coincided with a major political controversy over gang violence in Melbourne. Federal ministers Peter Dutton and Greg Hunt claimed that the problem is out of control, citing reports that a reign of terror by African youths means that residents in some suburbs were scared to venture out to restaurants at night. Malcolm Turnbull, doubling down on the political point-scoring, blamed Labor premier Daniel Andrews for failing to “get on with the job and tackle this problem.”

Like the 1992 film that is its prequel, Romper Stomper features scenes of gratuitous violence that are devastating in their brutality. Not surprisingly, it hasn’t been received with enthusiasm by those rallying on social media under the hashtag #Melbournebitesback. Aside from feeling the need to defend the city’s reputation, they fear that the exaggerated claims will inflame racial tensions.

But on-screen the boot, so to speak, is on the other foot. There, the violence is perpetrated by a gang of white Australians targeting peaceful migrant communities. That, surely, promises a counterview of social dynamics, a perspective that may be salutary in the current circumstances?

Jacqueline McKenzie, who starred in the original film and reprises her role for the television series, certainly thinks so. “This is what is happening in our newspapers, it’s happening on our streets, and I think it’s really good that we’re having these conversations in film and television.,” she told Nine News. “Where Romper Stomper [the film] felt small and local, it just felt niche and tiny, this is not. This is really much more mainstream with big groups of people. It’s what we’re living now.”

If you are going to make that sort of claim, every aspect of the dramatisation should stand up to stern reality testing. What is or isn’t genuinely representative in sociological terms? Do the structural elements of the story really bear scrutiny? Is the purpose of the dramatic work soundly based?

Confrontations between Antifa and the neo-Nazi alt-right are a phenomenon of Trump’s America. Similar violence could conceivably break out here, but despite of the best efforts of certain federal ministers the political atmosphere in Australia retains some centre of gravity. Fictional representations may help to warn of potential developments, but they can also be used to sensationalise and to fuel public anxiety.

Peter Dutton has been fiercely ridiculed for his suggestion that Melbourne residents felt it was unsafe to go out and eat in a restaurant. At the start of Romper Stomper we see Muslim families beaten and trampled on as they gather at street stalls for a festive meal. The attribution of guilt and innocence may be reversed, but the message is still, “be afraid.”

It is perhaps in the very nature of dramatisation to up the ante, explore worst-case scenarios and look for trigger points. But the inventive dimensions should be kept firmly anchored to close social observation.

Geoffrey Wright creates a gang world in which the lead figures are motivated by a blend of personal and cultural factors. The personal vendettas they carry from childhood abuse or neglect find wider meaning in the collective anger of populist groups suffering from aggressive victim syndrome. Their perception of themselves as the underdog has flipped to an imperative to take control.

For Farron, the middle-aged leader and megaphone preacher, it’s a quest for identity. He cultivates right-wing television presenter Jago Zorich, who gives him a spot on prime-time news. This scene is done particularly well, largely thanks to a finely judged performance by David Wenham as the fastidious Zorich, sprayed and manicured in close-up before fronting the cameras to engage in his own form of savagery.

Zorich, for whom Farron is a mere pawn, is the real ideologue, an anarcho-fascist in search of “the fresh voices, the disruptive voices.” He doesn’t want the premier on his show — politicians don’t cut it, as far as he’s concerned — but will meet him for lunch in order to call the shots on a cabinet reshuffle. Zorich’s part of the story is all too believable, and focuses on the public domain, where the most relevant and psychologically interesting aspects of the situation are played out.

Farron’s story emerges as a tale of the stereotyped alpha male, challenged by the young pretender, Kane (Toby Wallace), who outdoes him in the macho stakes by introducing the double-down principle. Double-down, in alt-right-speak, means raising the stakes in a confrontation by using amplified counter-aggression. Farron runs vendettas against Muslim groups; Kane goes on an indiscriminate rampage against the entire community. It’s a horrible scene to watch, as armed thugs break in on people quietly going about their business, trashing their orderly workplaces and doing grievous injury to anyone who crosses their path.

The spectre of Kristallnacht looms, but that eruption had a long incubation period in which inflammatory rhetoric progressively infected the public psyche. Here, the violence is no more than the expression of a whim. This is taking imaginative licence where it shouldn’t go, and shows the director indulging in some doubling down of his own.

Restraint matters, even (perhaps especially) when you are telling a story of real horrors. The central problem with this series, as with the original film, is that the director doesn’t seem to understand that, or have any idea of how to practise it. He is constantly pushing for effect. Personal scenes are filmed in close-up, as if the camera needs to feed off the play of emotional reactions. Dialogue is overloaded; nothing is left unsaid. Every character seems to harbour an overwhelming urge to “have it out” in some highly charged reckoning.

In a heart-of-darkness episode at the mid-point of the series, Farron takes Kane and the rest of the group into the bush to test their masculinity in a nasty pig-hunting ritual. Perhaps, in the context of the series as a whole, this is supposed to say something about how dangerous political movements arise from dangerous forms of personal psychology. But it is the political that gets lost. Ultimately there is no place here for questions about the psychopathology of groups, the influence of ideas on emotions, the adrenalin effect of public rallies, the viral impact of collective delusions.

Questions like these are dramaturgically challenging, but if you want to use television drama as a vehicle for political intervention you need be able to rise to them. ●

Books & Arts Who is the enemy? Jane Goodall 28 July 2020 Television | War of the Worlds had the potential to hold up a mirror 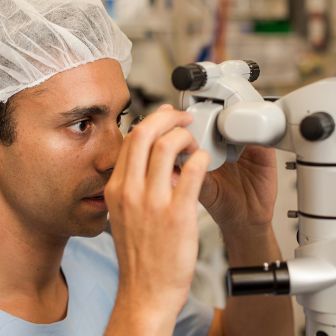 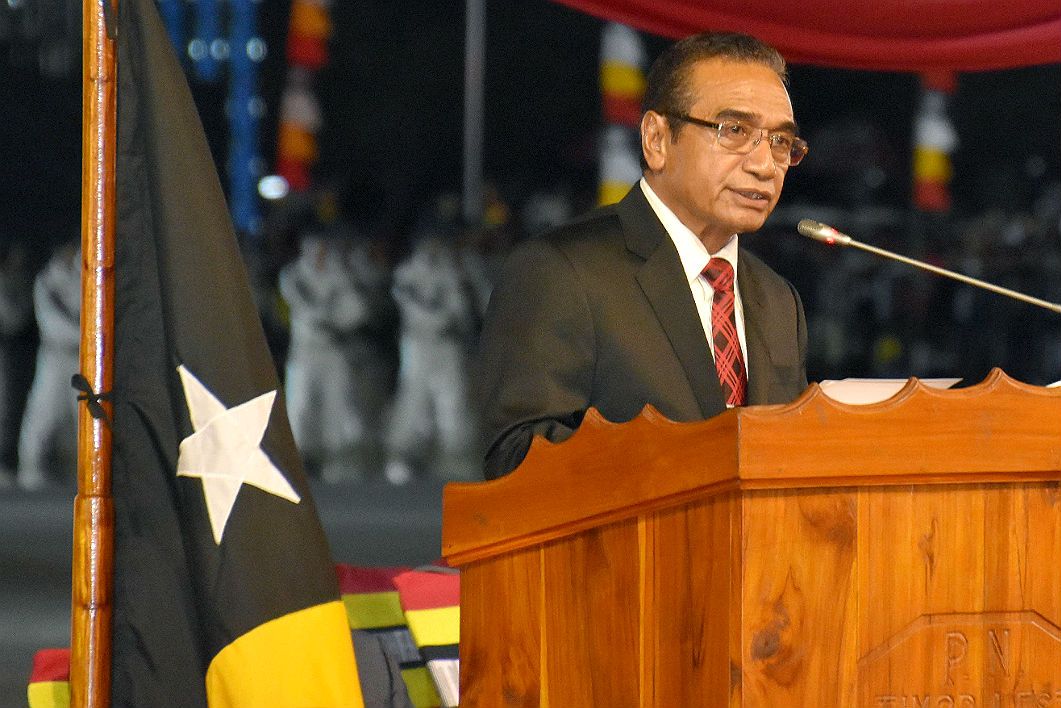