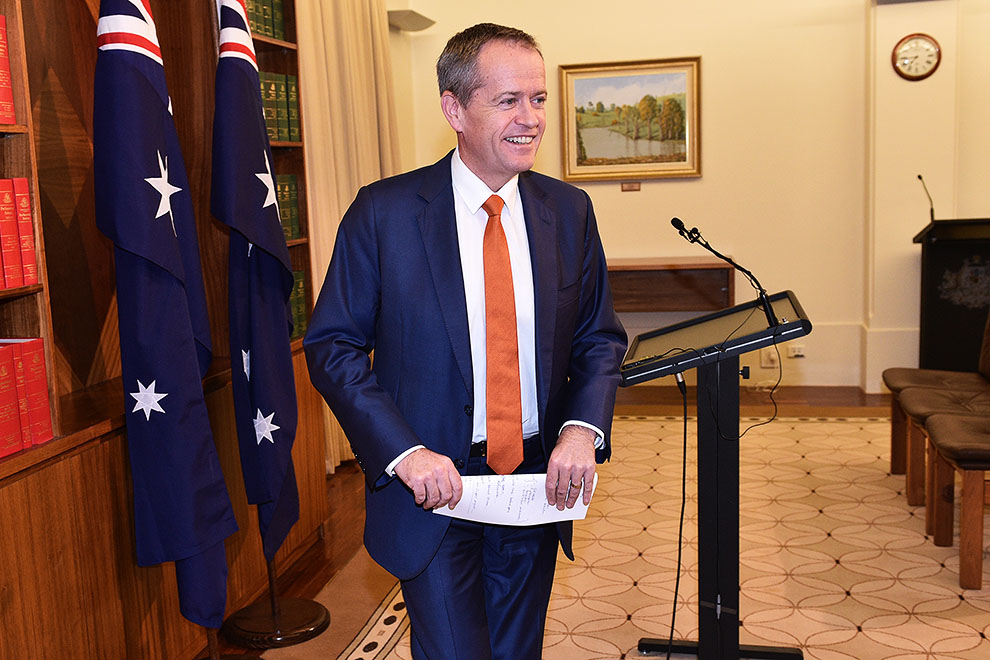 In the end, history had a reasonable election. Once again, a first-term federal government was re-elected: it was ever thus, or at least since 1931. Once again, a first-term opposition secured a swing. Bill Shorten’s 3.2 per cent (at the time of writing) was the second-best on record, beaten only by Kim Beazley’s 4.6 per cent in 1998. His seat haul (a gain of eleven) was also at the high end of achievement for a first-term opposition leader and in line with the rumoured internal party benchmark of ten.

Results in the various states also ran true to historical form. Labor maintained its traditional two-party-preferred dominance in Victoria, South Australia and Tasmania. Significantly, it came close (49.6 per cent at time of writing) to doing the same in New South Wales. Remarkably, it secured the (bare) majority of seats in that state, suggesting that the voters’ continuing punishment of NSW Labor might now be restricted to the comrades seeking election to Macquarie Street.

On the other side of the coin, Queensland and Western Australia maintained their reputations as electoral deserts for federal Labor. Only three times since 1949 has it secured a majority of the two-party vote in Queensland, and just four times in Western Australia (three of those down to Bob Hawke).

On election night, Labor seemed to be doing well in several Queensland regional seats, but the later count revealed slim pickings, with only Longman (margin 6.9 per cent) secured and an apparent near miss in Herbert. The vote in Capricornia (Labor unable to secure a mere 0.8 per cent swing) was especially poor. The Brisbane area was a disaster, with a swing to the Coalition in four seats, perhaps suggesting that Malcolm Turnbull’s agile hipster/innovator types live in the Queensland capital rather than further south.

The prospects for a federal Labor renaissance in the two frontier states seem as remote as ever. If those states were magically excised from the nation, Labor would have won this election fifty-eight seats to forty-four. Party realists probably accept that a future Labor federal government will be structured around the regular majorities in the southern states and further improvement in New South Wales.

Had Labor’s 3.2 per cent two-party swing been uniform, it would have secured twelve seats, the precise number gained from the Coalition. But only six of these were won from the lower-hanging fruit, tending to validate pre-election claims that the party would fall short in key marginals. This shortfall was compensated for by six (mostly unanticipated) wins in seats with bigger margins. The solitary loss (Chisholm in Victoria) is probably attributable to the retirement of a longstanding local member and the (often overlooked) role of demographic change in the suburbs concerned.

In Victoria, premier Daniel Andrews will be unpopular with those Labor supporters who blame his handling of the Country Fire Authority issue for the failure to win marginal seats. This is a tricky area for judgement, made more so by the absence of any vaguely uniform vote movement in the seats most affected. I tend towards the view that even without the CFA crisis, Labor might have struggled to win back seats held by 3 per cent or more by well-established local Liberal members.

Still in Victoria, the Liberal Party blundered in the seat of Indi by re-endorsing the distinctively unpopular Sophie Mirabella. While it can’t be proved that a different candidate would have won the seat back from independent Cathy McGowan, it can be confidently asserted that any other candidate would have done better. Wiser preselecting heads are likely to prevail next time.

Labor’s normal disadvantage on the key issue of economic management was perhaps less in evidence in this election. Malcolm Turnbull did himself no favours with an economic “plan” that was easily represented as mainly a company tax cut in the far distant future, and this is a leader who can’t afford to be too closely identified with the big end of town. Nor was the government’s customary perceived superiority on economic matters enhanced by the performance of the treasurer. Put charitably, Scott Morrison is no Peter Costello; and shadow treasurer Chris Bowen is one of Labor’s best assets.

To its advantage, Labor (normally the loser in the politics of fear) was able to run an apparently successful scare campaign around alleged threats to Medicare, with Turnbull later conceding that the Coalition’s past form had provided fertile ground. Given Australia’s ageing population, and unless the Coalition can reverse current perceptions, this may turn out to be the gift that keeps on giving. We can be certain that older voters will tend to be more worried about the quality and cost of healthcare than about the tax regime on multimillion-dollar superannuation accounts. Moreover, the baby-boomer demographic already constitutes a comparative electoral advantage for the progressive side of politics, compared with their (departing) parents.

The election reconfirmed the death of the two-party system, though some people seem to have trouble adjusting to that reality. In an emerging multi-party system, major parties are bound to lose primary votes, but the preferential system ensures that this isn’t fatal: it merely necessitates a decent harvesting of preferences. Contrary to suggestions that Labor needs a given primary vote (40 per cent, 37 per cent, whatever) in order to govern, no such figure exists: it is a variable dependent on the votes for other parties (especially the Greens) and the flow of their preferences.

Both party leaders face challenges in the forty-fifth parliament. Turnbull leads a divided party whose conservative elements appear to believe that elections can be won by pandering to the extreme rather than tacking to the centre – a dubious idea in any polity, but especially in one that employs compulsory voting. He must regret bitterly not calling an early election soon after his accession to the prime ministership.

Bill Shorten has the advantage of having exceeded (fairly low) expectations, and was smart enough to undertake his novel “victory” lap and convene a caucus meeting before it became apparent that Labor’s gains were fewer than first thought. He would do well to drop the routine about the certainty of an early election: Gough Whitlam ran a similar line in 1969, when he missed out on government by a handful of seats. Although Liberal prime minister John Gorton was replaced by Billy McMahon in early 1971 (a precedent that might disturb Turnbull), the government itself went full term and Whitlam was obliged to be patient. Shorten may have to do likewise, performing strongly and maintaining party morale over the best part of three years. •