Election funding transparency: Australia has a lot to learn

Australia votes in a fortnight but we won’t find out who made large election donations to the parties until early 2012. In this respect, we can learn something from the United States, writes Brian Costar 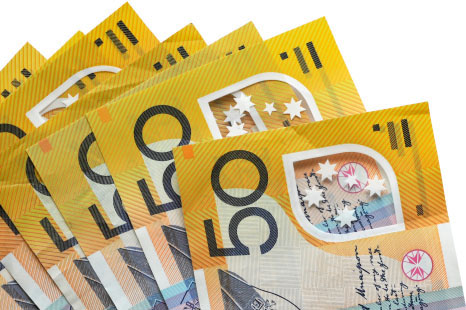 WE’RE USED to regarding the electoral system in the United States as far inferior to ours – and for the most part that’s certainly the case. There’s no national electoral organisation, the boundaries are drawn up by whoever has the upper hand in each state legislature, and parties can use all kinds of obstructions to prevent people casting their vote. But in one vital sense, the American system has something to teach us.

The 2008 presidential election campaign illustrated the worst and the best sides of the US electoral administration. Much media coverage was given to the huge sums that Barack Obama was able to raise over the internet from small donors. But during the campaign the New York Times was able to reveal that both candidates were receiving healthy amounts of cash in large donations.

The most generous donors to both sides came from within the securities and investment industries. John McCain got most of the rest of his war chest from the real estate and gas and fuel industries; Obama did best from lawyers, retirees and the entertainment industry. “Gordon V. Smith, a Maryland home builder, and his wife, Helen, gave $67,800 each to Mr McCain this year [2008] and attended a fundraiser at the Ritz-Carlton in Tysons Corner,” reported the newspaper. “A dozen employees at Goldman Sachs wrote checks of $25,000 or more to Mr Obama.”

But aren’t donations in excess of $2300 illegal under US campaign finance law? Not if the donations are directed to what are called “joint fundraising committees.” These devices allow candidates to claim they are fundraising not just for themselves but also for the federal party campaign (maximum donation $28,500) and other candidates of their parties. This allows for single, secret donations of as much as $70,000 to remain within the law – a worrying trend for American democracy.

It’s at this point that a much more positive aspect of the American system kicks in. Before election day, 4 November 2008, US voters had a very good idea of who had given how much money to whom over the course of the campaign. In other words, campaign donations were recorded and made public almost in real time.

The contrast with Australia and the current federal election could hardly be greater. Here, voters will have to wait until early February 2012 to find out the source of political donations to parties in the crucial period between 1 July and 21 August.

Of course, thanks to changes made by the Howard government in 2006, that disclosure will only occur if a donation exceeded $11,500 – or, if donors are alert enough to split their donation between all state, territory and federal divisions of their favourite party (which are treated as separate legal entities in each jurisdiction), only if it exceeded $103,500.

Australia’s Dickensian system operates in this way. The political parties aren’t required to reveal donations for the previous financial year until October. The Australian Electoral Commission then has about four months to process the returns for publication. Because the 2010 election is being held in August and the relevant financial year will end on 30 June 2011, donations gathered between 1 July 2010 and 30 June 2011 will not be made public until February 2012. (Donations made before 1 July this year will be revealed in February next year.)

Setting aside arguments about whether large and strategic donations can improperly buy influence, surely it is not unreasonable to expect that voters should know as much as possible about candidates and parties – including who is funding them – before polling day? Imagine the outcry if parties were allowed to keep their policies confidential until after the election.

To deal with this problem Labor proposed twice-yearly reporting – a very small improvement to the current system – but even that was resisted by the Senate. A much more timely and transparent solution to the problem is not only technically simple but can be seen functioning in the United States and could easily be adapted to Australian conditions.

Probably the best is the system used by the New York City Campaign Finance Board. Candidates must progressively report donations via the internet using a software package provided free of charge by the board. The submissions are then displayed on the board’s web page, almost in real time, for all to see. In the interests of maintaining public confidence in the electoral process, this is the type of reform that the incoming federal government should introduce in time for the next election. •

Brian Costar is Professor of Victorian Parliamentary Democracy in the Institute for Social Research at Swinburne University of Technology.

Tony Abbott’s family is playing an unprecedented role in this election, but will it shift votes, asks Stephanie Younane Brookes

Tony Abbott and his wife Margie enjoy a strawberry sundae during a visit to the Royal Queensland Show on Monday. AAP Image/Tracey Nearmy 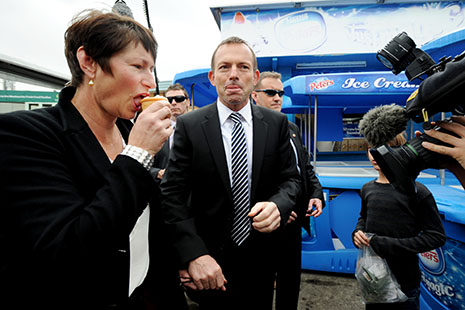 Tony Abbott and his wife Margie enjoy a strawberry sundae during a visit to the Royal Queensland Show on Monday. AAP Image/Tracey Nearmy