Ending a thirty-year race to the bottom 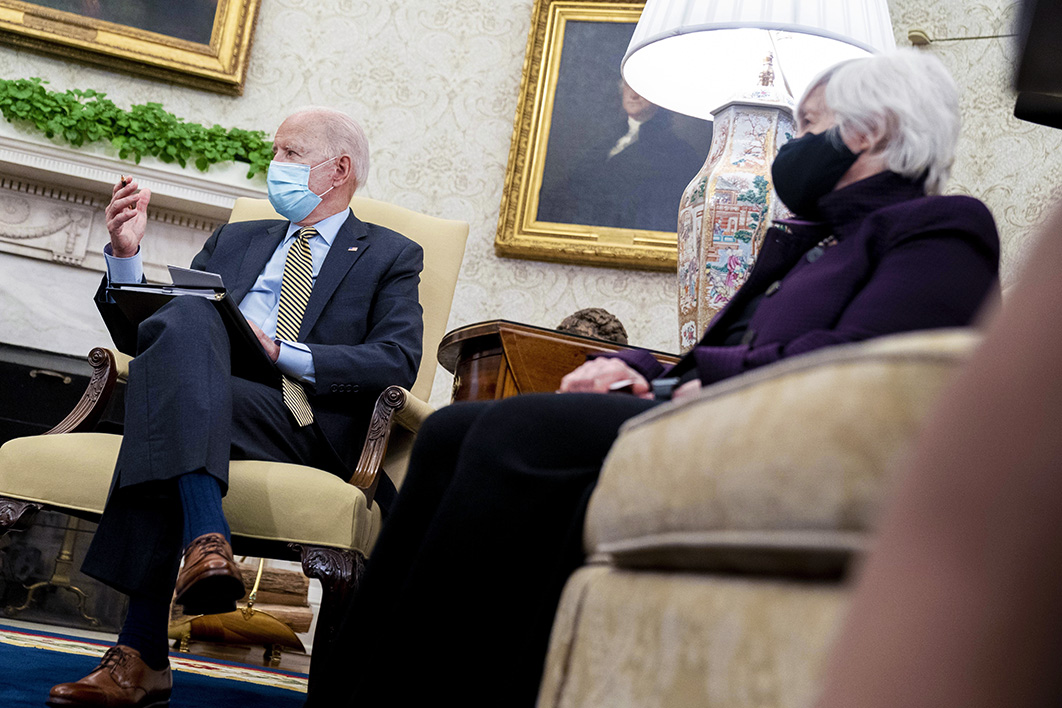 Getting on with it: treasury secretary Janet Yellen with president Joe Biden during last Friday’s weekly economic briefing in the Oval Office. Andrew Harnik/AP Photo

When the finance ministers of the G20 countries get together, one thing is crystal clear: nobody in the room has more economic credibility than Janet Yellen. Despite having been Treasury secretary for less than three months, the former chair of the Federal Reserve, former chair of Bill Clinton’s Council of Economic Advisers and former Harvard professor is single-handedly leading a global revolution to combat multinational tax avoidance. Will it work?

Yellen’s plan is to end what she calls a “thirty-year race to the bottom on corporate tax rates.” The problem is well known. Countries have an incentive to lower corporate tax rates to attract multinational firms, and the jobs and investment they bring. But once all countries join in, many of these multinationals end up paying no tax whatsoever.

It gets worse. Because rich households have shown a cunning ability to dodge taxes using companies, trusts and various deductions, the bulk of the tax burden shrugged off by multinationals falls on middle- and lower-income households, eroding the progressivity of the tax system and inflaming inequality.

To be sure, Yellen’s plan is strongly motivated by American interests. President Biden wants to raise the US corporate tax rate from 21 per cent to 28 per cent to help pay for US$3 trillion in spending on roads, bridges, home care for seniors, and manufacturing. Acting alone, this would reduce US competitiveness. But if the rest of the world is doing the same thing, competitiveness is preserved. Of course, the rest of the world benefits too, through increased tax revenues and lower inequality.

Despite its merits, though, Yellen’s bold plan has already faced a host of criticisms. While the devil is in the detail, the criticisms thus far don’t stack up.

One criticism is that lower corporate taxes are a good thing because they promote investment and growth. Is this true? It depends on timing. If an economy is running hot, forcing up inflation, then cutting corporate taxes could be a good way to raise growth, boost investment and cool inflation by giving firms extra cash to expand their businesses and increase supply.

Alas, we haven’t lived in that world for quite some time. The notion that a lack of funds is constraining growth in Australia or any advanced economy is baseless. Even before Covid-19, corporate profits and retained earnings were at record highs, and interest rates on borrowings at record lows. Businesses had plenty of cash and could get more of it if they wanted.

Since Covid-19, businesses are sitting on even more cash, interest rates are even lower, and businesses can use the government’s instant asset write-off initiative. Cutting corporate taxes in this environment is like giving a glass of water to a drowning person.

A similar criticism of Yellen’s plan is that tax-rate competition between countries keeps governments accountable. If they unfairly raise taxes, the argument goes, companies will move to other countries.

Not only is this argument tone deaf to the race to the bottom we have witnessed in recent decades, it also ignores how, in countries like the United States and Australia, tax rates are determined by democratically elected politicians who should be accountable to their citizens. Competition between countries on corporate tax rates reduces accountability rather than increasing it, eroding trust in democratic processes.

The other criticism of Yellen’s plan is that coordination between countries won’t work. At least one country won’t play ball, and all the world’s multinationals will simply move there. This argument has several flaws.

First, the United States and Europe alone represent half the world’s largest multinational firms, according to analysis by Emmanuel Saez and Gabriel Zucman. This means that any US–Europe agreement will immediately cover more than 75 per cent of the world’s corporate profits. When the other G20 countries are included, almost all the world’s profits are captured. France and Germany have already given in-principle support to Yellen’s plan — which she is pushing through the G20 — so substantial inroads have been made already.

Second, the number of firms that relocate to tax havens is smaller than politicians make out. Out of the world’s 2000 largest multinational firms, according to Saez and Zucman, only forty-two have taken the plunge: eighteen to Ireland, thirteen to Singapore, seven to Luxembourg and four to Bermuda. The risk of a wholesale exodus from the United States is more political rhetoric than economic reality.

Third, those pessimistic about a global agreement ignore the unprecedented level of cooperation on tax measures in recent years. One of the most pervasive forms of multinational tax avoidance is “BEPS” — base erosion and profit shifting — by which companies buy and sell assets between their subsidiaries at lower prices to reduce their tax bill. Led by the OECD, G20 countries have taken major steps to clamp down on this practice by improving transparency, data collection and cross-border cooperation. Countries have made strong commitments in the G20 and have complied with them.

The fact that this plan is being led by the United States is a game changer for international cooperation. Washington not only has the power to lead the world on these issues, it also has the financial heft to punish countries that don’t comply. Joe Biden has plenty of carrots and sticks to make this plan work.

Yellen also faces domestic challenges — she still has to get the plan through Congress (in which she doesn’t have a filibuster-proof majority) — and France and Germany are already tying the proposal to other items on their wish list, like European rights to tax Big Tech. In Australia, dividend imputation has an impact on who bears the cost of corporate tax, as do the intricacies of the various tax systems across G20 countries.

These are difficult issues, but none are deal-breakers. The G20 has worked through complex, country-specific matters before and has secured agreement with an incremental approach: first agreeing there is a problem, then agreeing on a general solution and then chipping away at the details.

The critics of Janet Yellen would be wise to heed the advice attributed to the playwright George Bernard Shaw: people who say something cannot be done should not interrupt those who are doing it. •

Adam Triggs is Director of Research at the Asian Bureau of Economic Research at ANU, a Non-Resident Fellow at the Brookings Institution, and a regular contributor to Inside Story.

A style we could call our own?

It’s time for a new conversation about Australian impressionism 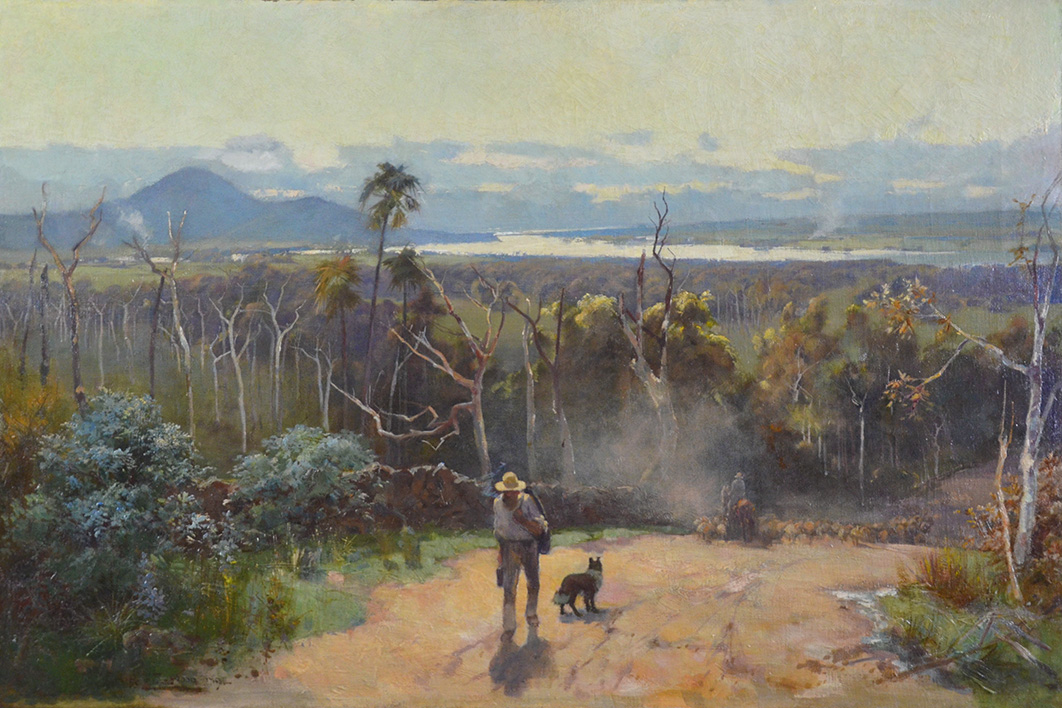