Entitled to vote? Then you should be entitled to run

From the archive | The High Court keeps fertilising the thicket of rules disqualifying candidates. Simplification is long overdue 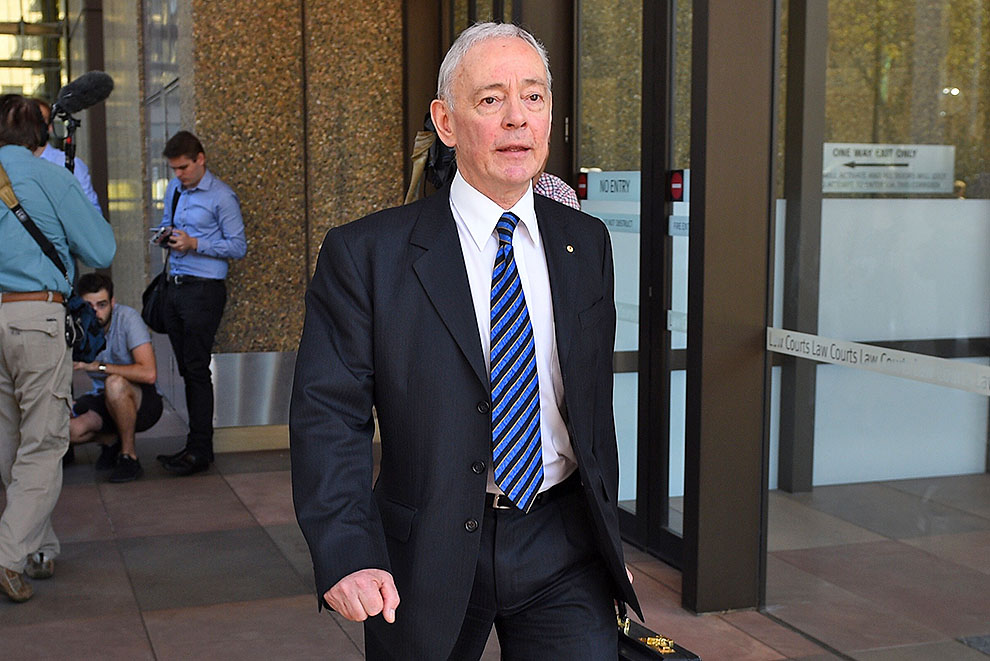 Whom should electors be permitted to elect? And do our electoral laws discriminate against newer and smaller parties? When two minor party senators from the class of mid 2016 – Bob Day and Rod Culleton – were recently ruled by the High Court to be ineligible to be elected, those should have been the central questions. Instead, attention focused on the legal minutiae of the cases, and on their consequences for the parties.

Answering the “who” question, as I will argue, is simple. Electors should be able to elect any one of their own whom they choose. But first, to the minutiae of the cases.

A Day in court or a cull of the minor parties?

Last Wednesday, the High Court declared that Bob Day of the Family First Party was not duly elected. The reason? Day was in a position to benefit indirectly, in a pecuniary way, from an agreement involving the lease of his electorate office by the Commonwealth. In the court’s view, this rule is a constitutional bar not just to serving in the national parliament but to being elected.

The premises were once owned by the Day family trust, and subject to a mortgage guaranteed by Day’s family. Before Day took up his original Senate seat, the property was sold to a company controlled by the wife of an associate. From mid 2015, the Commonwealth agreed to pay the rent on Day’s electorate office – as it does for all MPs. The new owner assigned the right to that rent to a trust in which the Days had a beneficial interest. As it happened, the Commonwealth never paid the rent, after the finance department fretted about the effect of the arrangement on Day’s ability to remain an MP.

To a layperson this backdrop will seem byzantine. To the High Court, after hearing from eight barristers (four of them senior counsel), the arrangement meant there were several ways Day might benefit from the lease agreement. Any one of them was enough to trigger the constitutional rule. Day is no saint, but neither was he a Trump Inc.; in any event, he had already resigned his seat to focus on dealing with the fallout of the insolvency of his property development business.

Who will follow Day into the Senate? When an election result is upset, the ballots are recounted as if the miscreant had died during the campaign. Each ballot is treated as if the offending name had never been printed, the count skipping on to the next preferenced candidate. Since people vote for party tickets in the Senate, this means – fairly – that the party should keep the seat.

In this case, Family First’s number two was the Kenyan-born Lucy Gichuhi. Normally progressives would cheer at the unique prospect of a young woman of African background entering parliament. Instead, questions are being raised about Gichuhi’s qualifications to be elected. Was she a dual citizen when she stood last year, which would disqualify her?

She says “no” – her Kenyan citizenship, she contends, was lost at the moment she took out Australian citizenship. But, to blend some metaphors, comparative citizenship law is no cup of tea, so a second lawyer’s picnic beckons. Gichuhi could formally renounce any vestige of her alleged Kenyan citizenship in the coming weeks, before she is sworn in to the Senate. But that obvious solution to any doubts about her fealty to Oz won’t be allowed. In the pure logic of the law, if she had dual citizenship when nominations closed, then she too will be treated as if she had been a dead candidate. And then? All we know is that Family First will be robbed and some other party will luck the seat, because the party only nominated two candidates.

Just two months earlier, senator Rod Culleton of Western Australia was also declared “not elected.” Culleton’s crime, literally, is that during the election he was under conviction, on a trivial stealing charge involving a tow-truck key and a motor vehicle repossession dispute. Culleton’s conviction had been made interstate, in his absence, and he soon had it overturned.

But not soon enough. The High Court ruled, in a judgement of fine-grained legal formalism, that although Culleton’s conviction was annulled, the annulment hadn’t necessarily been backdated. “Voided, not void ab initio,” in the legal jargon. Once again, few in the public seemed to mourn. During his short term in parliament, Culleton had split from One Nation, having been a colourful thorn in the side of its leader Pauline Hanson and the banks against which he railed. Yet One Nation reclaimed his seat on a recount, via its number two Western Australian candidate.

The thicket of MP disqualification law – and its impact

The deck of cards in the Senate has thus been reshuffled. “So what?” you might ask. In truth, several “whats” need consideration.

First, why is the High Court undoing election results nearly a year after the event? Normally, a strict forty-day time limit applies to any attempt to petition their honours, sitting as the Court of Disputed Returns, to upset an election. That time limit recognises the importance of certainty, given that elections are never entirely pure. Yet in “disqualification” cases, the court permits parliament – at any time – to refer the question of whether an MP might have been disqualified when he or she nominated for election. That unlimited discretion was discovered in a late-1980s ruling against a Nuclear Disarmament Party senator, Bob Wood.

For all their virtues, parliaments are highly partisan bodies. Is it any wonder that minor-party MPs are more likely to be referred to the court than major-party figures? Worse, parliaments reserve for themselves the right to waive concerns over qualifications – even those involving an issue arising during the term of an MP, such as when the family of the Coalition’s Warren Entsch supplied cement to the public service.

Strangely, these parliament-to-court referrals can occur whenever it suits the parliament. So a senator might serve faithfully for five years before the Senate decides (perhaps because of a change in numbers) to refer, to the court, a question about his or her qualification at a long-forgotten election.

Beyond such procedural peculiarities, our rules about candidate qualifications have deeper problems. They are archaic, and the High Court’s interpretation of them is often arcane.

Archaic? Why do we ban several million Australians from standing for election just because they hold dual citizenship? Especially given that many people inherit dual citizenships without knowing it, at birth. Why do we force millions of holders of an “office of profit under the Crown” to risk their livelihood by resigning that office before they nominate?

Arcane? Cases like this don’t come up very often. The major parties, accepting the way the roundabout works, tend to avoid suing each other. And when a member of the lower house is declared unelected, the result is a wasteful by-election, at which the member can stand again – as did the Coalition’s Jackie Kelly, attracting a thumping swing, after Labor made the mistake of challenging her airforce reservist status.

With cases coming up infrequently, but via a partisan initiation process, the High Court doesn’t build up much expertise in the area. In Day’s case, it spent nearly ninety pages reflecting on the purpose of the nineteenth-century rule about “indirect pecuniary interest.” It decided the rule existed not just to protect MPs from undue influence from the executive government, but also to avoid MPs’ efforts to favour their own interests over their public duty. That is laudable. But in doing so it upset a longstanding precedent of former chief justice Garfield Barwick in a 1975 case favouring a Country Party senator, which Day’s lawyers thought would save him.

In Culleton’s case, by contrast, the majority didn’t pause to ask about the constitutional purpose or electoral fairness of holding that an annulled conviction was still a conviction (despite earlier principle pointing the other way). Instead, the court put on its blinkers and sought to divine the intention of a NSW criminal appeals law, one whose drafters never imagined its effects on parliamentary candidates.

The court’s rulings, over time, have been piling fertiliser on the thicket of MP disqualifications. Unlike Barwick, few judges have any experience of the practicalities of politics. Thus, in a fit of fastidiousness in the early 1990s, the court declared independent Phil Cleary unelected from the national parliament because he had been a supply teacher, on leave without pay from the Victorian education department. Such a teacher was hardly likely to be under the sway of the Commonwealth executive.

A more rational approach would simply allow candidates to abandon any problematic job, business arrangement or dual citizenship in the grace period after polling day (when they know of their fortune) but before they are formally “returned.”

Reliance on a musty section of the Constitution of 1900, aggravated by sporadic wrong turns on the judicial road, has resulted in a tangle of disqualification law that indirectly discriminates against minor-party and independent candidates. These outsiders cannot afford legal advice the way the major parties can. Nor are they insulated by any tacit agreement in the parliament.

Most of all, telling electors they cannot elect a Culleton or a Day, a Cleary or a Wood, brings electoral democracy into disrepute. These are electoral technicalities in an age when the media and rivals can be relied on to dig the dirt on candidates at all levels. As long ago as 1981, parliament accepted that these disqualification rules were confusing and rigid. But it has squibbed at reforming them, fearful of being accused of wasting money on a referendum about political process. Yet the argument for a “yes” case is simple: let any elector run for parliament.

We should wipe the slate clean by scrapping section 44 of the Constitution as it applies to elections – especially the barriers to millions of dual citizens and people holding public office offering themselves and increasing electoral choice. Even if electors wish to elect a fellow elector who is in prison, why not let them? It’s unlikely to happen, but the symbolism could be used effectively, as experience showed at Westminster during the Ulster “troubles.” Rules already exist to cause MPs to lose their seat if they physically miss several sessions of parliament.

In its place, we need a rational but firm system dealing with the real integrity problems that arise during the life of a parliament. Draw up a clear list of offices that MPs may not be appointed to. Since the finance department had concerns about Mr Day’s lease, why not empower the auditor-general to rule on the contract, based on a proper code about conflicts of interest and duty? If an MP takes out a new citizenship during their term, he or she could renounce the seat from that date – quite a deterrence to such an unlikely personal decision.

Most of all, we need to clean up the perennial sore of the misuse of parliamentary allowances by allowing a federal court to rule that MPs must forfeit their seat if found to have intentionally rorted benefits. It is these kinds of ethical transgressions that undermine electoral democracy, not technicalities about candidacy. •

The country–city divide: more evidence of how inequality is growing

Country Australia is losing out on full-time jobs, forcing its young to head for the cities

Exodus: as its economy has shifted, the Wimmera region of western Victoria has been losing population to larger towns and cities. Rob Deutscher/Flickr 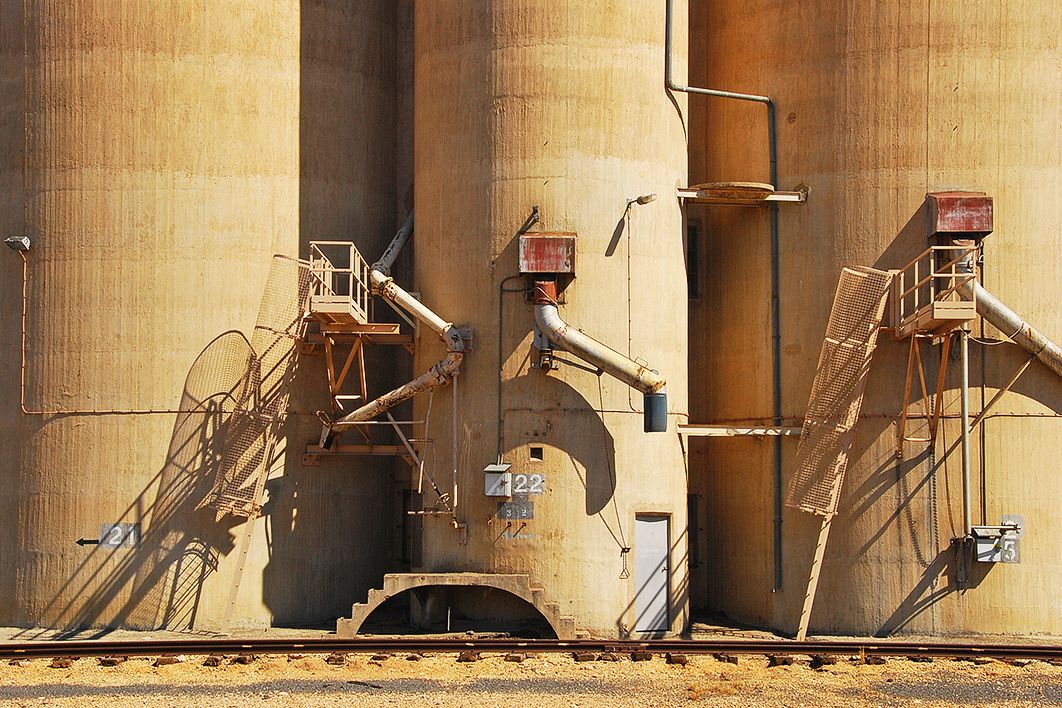 Exodus: as its economy has shifted, the Wimmera region of western Victoria has been losing population to larger towns and cities. Rob Deutscher/Flickr