Explaining the unexplained at Home Affairs

The PM says Hakeem al-Araibi will be a citizen very soon, but a new audit office report reveals why most refugees are waiting so long for citizenship 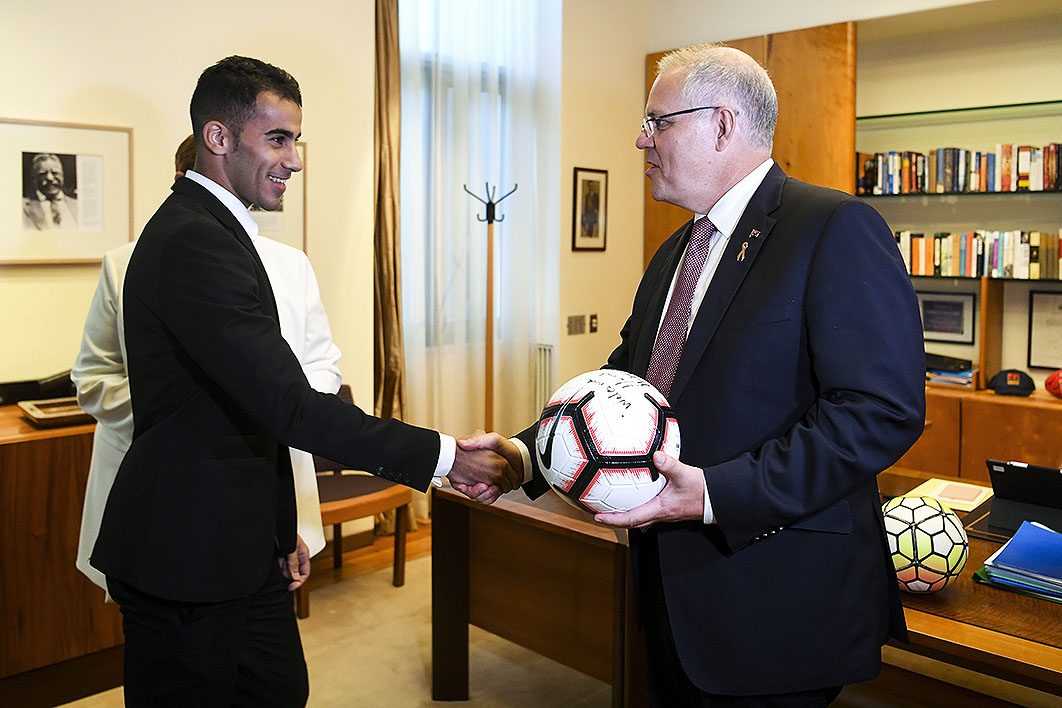 Last week, while the prime minister was celebrating the return to Australia of one refugee and trying to stop the medical transfer of many others, the Australian National Audit Office released another scathing report on the mismanagement of the Department of Home Affairs. This time, it found that the department’s processing of citizenship applications was neither resource-efficient nor time-efficient, causing significant delays for people waiting on a response to their citizenship application.

The report adds to evidence assembled in 2015 by the Refugee Council of Australia, where I work, which showed that refugees were waiting an average of 215 days to receive citizenship, with most of those affected being people who had arrived by boat and had been found to be refugees here in Australia.

We heard stories of people being told they had passed their citizenship test and would be invited to attend a ceremony within a few weeks, but never being contacted again. Some people had received text messages the day before their ceremony informing them that it had been cancelled. On phoning the department, they were told that their applications were “processing” and they should not attempt to get in contact again.

When we put this evidence to the immigration minister, he told us that there had been no change in policy, which in no way discriminated against refugees.

Since then, the delays have multiplied. The latest figures, released in December through the Senate estimates process, show that former refugees are waiting an average of 682 days for citizenship. Among those who arrived by boat, this increases to 785 days. By contrast, a typical migrant on a skilled visa is waiting a still-unacceptable 383 days.

The department claims that citizenship applications from former refugees are more complex because they often don’t have the necessary documents from their home country. But these are people who have been through the rigorous refugee determinations process; it’s hard to imagine what other country-of-origin evidence would be needed. Besides, a department serious about processing citizenship applications would devote extra resources to processing complex cases.

These periods of inactivity ranged from nine months to twenty-two months and averaged fifteen months. Seven of the records noted that the application had been “Filed Undocumented arrival drawer,” “placed into IMA tambour” or “placed in ‘Undocumented Arrivals’ cabinet.”

This mirrors the findings of Justice Mordy Bromberg in a 2016 Federal Court case launched on behalf of two former refugees. Justice Bromberg found that the department took “no steps to progress [the applicants’] applications for some 14.5 months.” While he held that such delays were “unreasonable and therefore unlawful,” the department continues to go slow on applications like these.

Citizenship has particular significance for refugee and humanitarian entrants. By definition, refugees are unable to return to their country of origin because of a well-founded fear of persecution or other forms of serious harm. Becoming an Australian citizen is often the first long-term form of protection that they have received, and is celebrated and cherished by them.

Citizenship has a further important purpose for people who came by boat. Because of a policy introduced in 2013 by Scott Morrison when he was immigration minister, applications for family reunion from people who arrived by boat are given the lowest processing priority. Given the extended backlog for humanitarian visas, family reunion is effectively impossible for these people. Only when they receive citizenship do they move further up the priority list.

Last week the prime minister posed for photos with former refugee Hakeem al-Araibi following his release from a Thai prison. During the photo-op, Scott Morrison told the twenty-five-year-old that he hoped to see him soon at a citizenship ceremony. “I don’t think it’s too far away,” he added.

Let’s hope not. If Hakeem had been accepted as an Australian citizen before he went to Thailand — he had been eligible since 2017 and applied for citizenship last year — his ordeal would likely never have occurred. •

Asher Hirsch is Senior Policy Officer with the Refugee Council of Australia.