Fact and fiction on the campaign trail

Peter Brent goes the full gamut, from porkies to whoppers 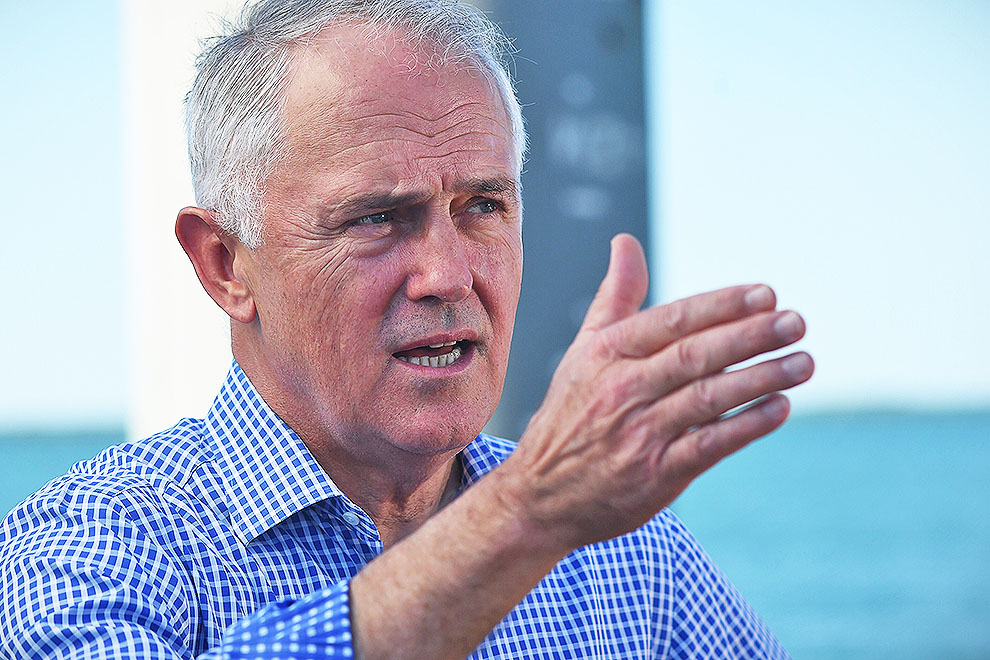 Malcolm Turnbull made an audacious call on Monday this week. Complaining about Labor’s “extraordinarily dishonest scare campaign” against the government’s alleged plan to “privatise Medicare,” the prime minister pronounced it “the biggest lie of the campaign.”

This is a huge accolade in a highly competitive field. Election 2016 overflows with misrepresentations, distortions and outright whoppers – and that’s just from the combatants’ cheer squads in mainstream and social media. The pollies themselves are letting fly with whatever mistruth happens to come into their heads.

In other words, it’s like every other campaign you can remember.

Some commentators seem squeamish about the idea that politicians lie, but being untruthful is a core duty of the profession. Every time a cabinet minister is outvoted on a policy and then defends it in public, and takes the opportunity to excoriate any opposition, what is she or he doing?

What are we supposed to think of Turnbull pretending to support a gay marriage plebiscite and “direct action” on climate change? Or of Bill Shorten railing against company tax cuts?

And the most outrageous misrepresentations are always, of course, about the other side: what they did in government and what they plan to do.

So what are the big porkies in this campaign? Well, it’s a question of where we start.

The government’s plan to privatise Medicare

For the past two decades, it’s Bob Hawke rather than Paul Keating who has been an asset to Labor oppositions. Retaining much residual goodwill, he keeps his public interventions to a minimum and uses his capital sparingly.

Labor’s Medicare privatisation advertisement, which features Hawke, is highly effective. So much so that the opposition has adopted his line as its mantra and panicked Turnbull into abandoning any possibility of privatising Medicare’s payment system.

Yes, the accusation is nonsense, but health, along with education and industrial relations, is the Liberal Party’s soft underbelly. Like all big lies, this one possesses a grain of believability. Many voters recall the Liberals’ unconcealed loathing of the very concept of socialised medicine from the early 1970s through to the mid 1990s.

One suspects that deep in the breast of modern Liberals, particularly those who consider themselves economically dry – perhaps even Turnbull himself – remains a longing to tear open the public health system and expose it to the glories of the free market. (See, for example, cabinet minister Kelly O’Dwyer ruminating among friends about universal health cover last year.)

Everyone agrees that the cost of housing has risen more than has been desirable in recent decades. But tackling the issue so late in the piece, especially given that most voters own property, was always going to be risky. The distinction between moderating price increases and causing a fall in property values is too subtle for an election campaign.

Labor threw caution to the wind and took a policy to an election anyway. No government in recent memory would have resisted such a big, juicy target. The Coalition is telling us Labor will smash the value of your home and investment properties.

Mind you, the government claims to have plans, not yet outlined, to… well, wreak havoc on ordinary mums’ and dads’ investment portfolios as well, but by other means, namely getting the states to increase land supply.

It was deeply foolish of Labor to expose itself like this in a campaign rather than spring it on the electorate, as reform is usually implemented in this country. In fact, Labor’s actions and the government’s inevitable response have made it less likely that the issue will ever be addressed along the lines it has suggested.

Having won the 1993 election, and come close in 1998, mainly by opposing the introduction of the GST, Labor remains institutionally addicted to this particular tax as scare campaign fodder. And not just Labor; in 2004 and 2007 Liberal treasurer Peter Costello warned of wall-to-wall Labor governments hiking up the rate.

It’s questionable politics, with the potency of the message at least partly negated by the depletion of the stature of the politician doing the ranting, but it’s no doubt backed up by expensive qualitative research.

Yes, it’s likely that Turnbull and his colleagues would like to increase the GST. And so would many Labor frontbenchers. After all, the government does have a revenue problem.

A Labor government would restart the people-smuggling trade

Given Labor’s disastrous record in this area when last in government, and the conviction within the political class that “border protection” is a potent election issue, this was always going to get a run.

Again, it contains at least a kernel of reality. While there is little doubt Labor would retain boat turnbacks and offshore processing this time around, its general approach, and certainly its rhetoric, is likely to be less vicious than the Coalition’s.

Labor is, for example, more open to resettlement in developed countries like New Zealand and Canada, which in the brutal boats equation amounts to a “pull factor.”

Two thing are close to certain: if Labor wins government, the people smugglers will again chance their arms and, to show nothing has changed, the new government will display extra vigilance by intercepting and returning boats to Indonesia.

This has long been the site of the most outrageous misrepresentation, on both sides. The parties and their barrackers fiddle, cherry-pick and conflate to tell tales of disaster about their opponents.

The Coalition started it – in the sense that the tactic worked magnificently for it against the Rudd and Gillard governments – and Labor in opposition quickly decided that what’s good for the goose is good for the gander.

Labor tut-tuts that the Coalition has not funded its $50 billion tax cuts, but then takes that $50 billion and spends it instead. The Coalition rants about Labor’s higher taxes and greater debt, although one works against the other.

The truth is that both major parties are putting a gloss on the fiscal situation. Whoever wins will have to face the unfortunate reality of Treasury forecasts. And this, I’m sorry to say, means breaking firm election commitments.

A subset of the bipartisan fraud is the idea that each side’s carefully constructed ten-year plans, under a decade of different leaders and, almost certainly, changes of government, should be taken seriously. In reality, governments change policies every year.

And what about the general electorate, what do they make of these well-laid plans?

Most voters have been around the block and understand it should all be taken with a dollop of salt. The assumption behind election coverage, that election-hardened electors actually believe politicians’ blueprints, is possibly the biggest untruth of all. •