The government senators who grilled the solicitor-general might have done themselves, and George Brandis, more harm than they realise

In Robert Bolt’s play A Man for All Seasons, Sir Thomas More weighs up his chances after events turn against him, and then declares adamantly, “You’ll find me hiding in the thickets of the law.” Not long afterwards, he loses his head.

The law is no more a zone of safety now than it was in the time of Henry VIII, though those who practise it may do so with a sharper sense of the risks. When solicitor-general Justin Gleeson fronted the Senate Legal and Constitutional Affairs Committee’s inquiry into the attorney-general George Brandis’s efforts to bring him under tighter control, he was quite evidently aware that the law was no sheltering thicket. It was more like a forest of swords, in which the slightest wrong move would have lethal consequences.

During the day’s proceedings, Liberal senator Ian Macdonald several times expressed a wish that the hearing was taking place in camera, reflecting the legal sensitivities. “In camera” is an oddly perverse term in the age of television, since it actually means without the presence of cameras. Televised proceedings carry different kinds of risks, depending on where you are placed amidst the conflicting interests. For his part, Gleeson seemed acutely conscious that he was navigating between blades. He had to avoid revealing anything, however relevant to a question, that might breach the high levels of confidentiality attached to his office.

He was also concerned, as he said, to avoid saying anything that might further damage the relations between himself and the attorney-general. And he had to keep his responses acutely focused on the legal points in order to avoid being held responsible for further political fallout. In a situation like this, as with any legal testimony, heightened presence of mind is called for: it is essential to remember the past with forensic accuracy while having an eye to the consequences of everything that is uttered. The camera, in these circumstances, picks up a great deal more than what is said. It reveals how it is said, the pace at which a speaker delivers a response, the hesitations and the sudden comebacks.

Gleeson’s minimalist approach might have been judicious strategy in any such circumstances, but in this case he was given no choice. Macdonald and two other Coalition senators, Linda Reynolds and Barry O’Sullivan, interrogated him in such relentlessly adversarial terms, he hardly had a chance to finish a sentence. They interrupted him constantly: finding innuendos, imputing motives, characterising his every move in derogatory terms. It was in many ways a repeat of the ordeal to which Human Rights Commissioner Gillian Triggs was submitted in a Senate estimates hearing in February 2015.

Gleeson was effectively under prosecution for two hours. At the point where he managed to break through with a complete statement, on his own terms, it was clear exactly what he was up against. Brandis’s plan was “a radical change in the practice,” he said, which means that “a solicitor-general can do nothing, cannot even speak to a lawyer, until he has received a brief with a signed consent… Do I lie awake at night and think, ‘Reading this direction literally, the AG could seek an injunction against me to restrain me from performing my office’? I do.”

When Brandis fronted the committee in the afternoon, it was already running well over time, but he took a full forty minutes to deliver his formal opening statement, with a lengthy preface in which he addressed some points from the morning’s hearing, providing a heavily pejorative account of Gleeson’s conduct. No concern here about damage to the relations between the two most senior legal offices in the land.

Brandis spoke much about his own experience with the law, reciting numbered sections and subsections of documents and giving the full tutorial on precedents for how the solicitor-general was accountable to the attorney-general. He made much of the definition of the term “consult” in the Oxford English Dictionary, arguing that this was of the essence when it came to understanding how he and Gleeson had come to such very different views of their relative positions on the introduction of the new Legal Services Direction.

Through the course of the afternoon, Brandis continued to do pretty much all the talking, rejecting and cutting across questions from Labor senator Murray Watt, who appeared to be the only one left in the room to challenge him. Greens senator Nick McKim, on the phone from Tasmania, was a determined but unfailingly courteous questioner, but the remaining members of the inquiry actually present – Macdonald and Reynolds – were on Brandis’s side and made that abundantly clear.

After the Liberal prosecution team had run well over time during the morning and Brandis had talked his way through most of his first hour before any questions could be put to him, his backup team began to challenge the chair over the time given to Watt for his questions. Yet these were brief enough, and to the point, and Brandis continued to respond with filibustering prolixity. It was clear that, until the last fifteen minutes, he felt entirely in control. His behaviour was that of a magistrate in charge of a courtroom, rather than of someone with a case to answer.

Louise Pratt (Labor), in the chair, had a demanding task on her hands, but she was not up to it. Senate committees are responsible for matters of critical democratic significance, and no chair should allow the process to be hijacked by domineering personalities. On this occasion, there was a grave need for someone to establish effective authority over the tone and structure of the proceedings.

I would not wish to second-guess how this will all wash up over the coming days and weeks. It is clear that Macdonald, O’Sullivan and Brandis will not spare Gleeson any sleepless nights, but the day did not go all their way. Perhaps they should give more thought to what it means to be on camera rather than in camera. The public out there can see exactly what’s going on, and watching this display of hectoring bully-boy tactics was not an edifying experience. Judging by the Twitter feed, it most certainly amounted to a successful case for the prosecution, but not in the way they intended. There’s a swelling chorus out there calling for Brandis’s head. •

How many migrants come to Australia each year?

Attitudes towards a more generous refugee resettlement program are influenced by beliefs about how many migrants arrive each year. But making the calculation isn’t straightforward 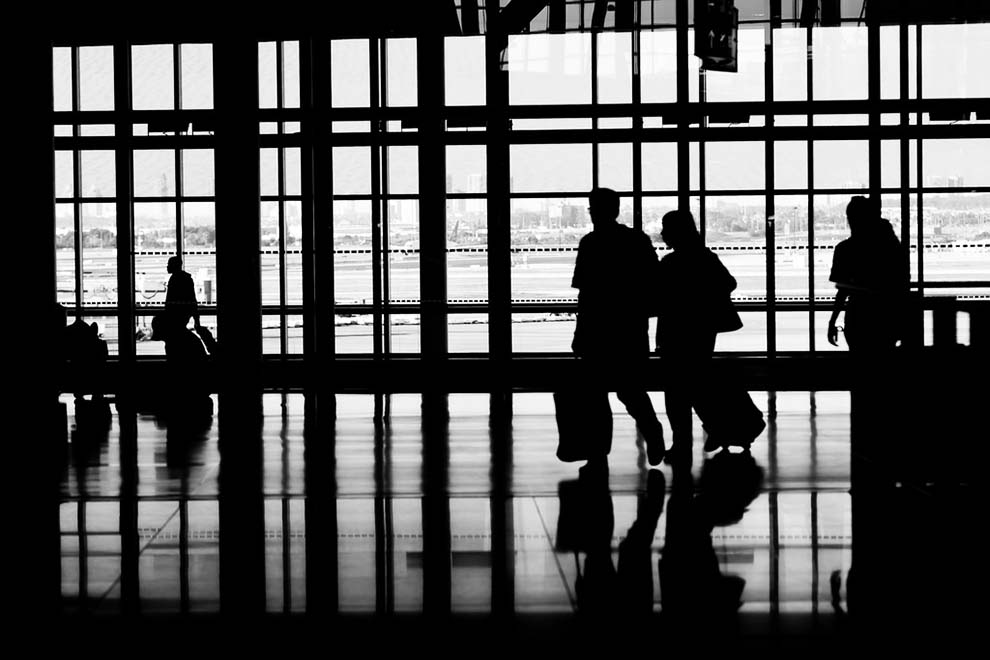