Fire and fury on the campaign trail 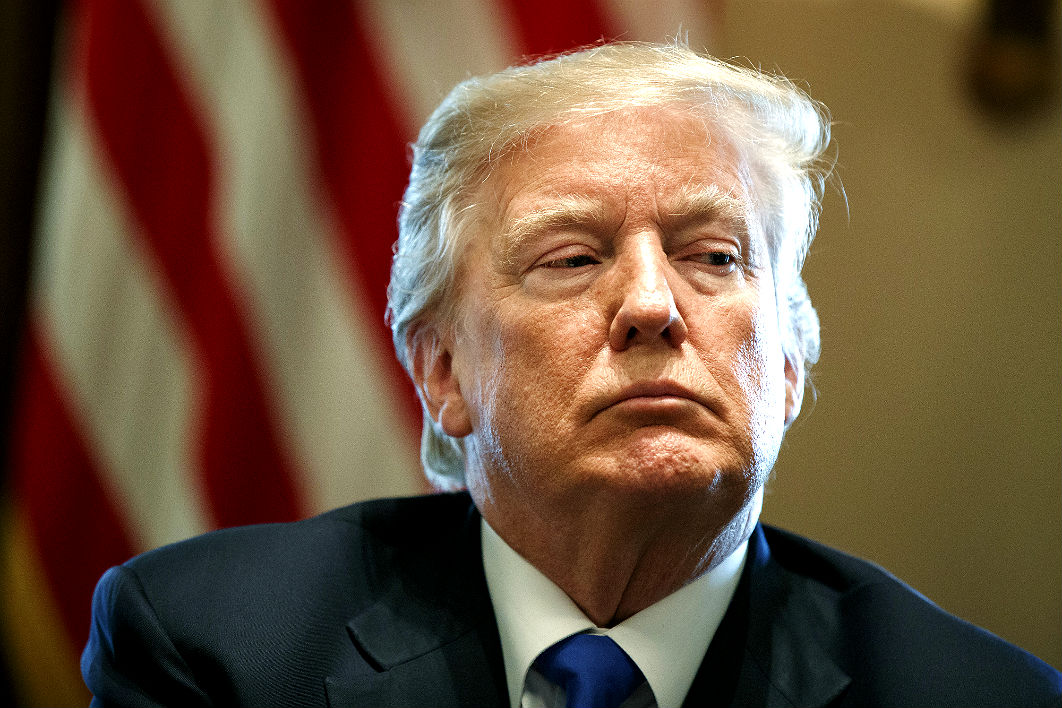 As 2017 drew to a close, Donald Trump could proclaim that he was delivering on his promised agenda: enactment of a tax relief bill that also eliminated the Obamacare individual mandate requiring most American citizens to purchase health insurance, US withdrawal from the Paris climate change agreement, a stockmarket boom and solid employment figures, Islamic State in retreat in the Middle East, and increasingly draconian crackdowns on illegal immigrants. This list, and his unending attacks on Barack Obama’s legacy (mostly through executive orders), Hillary Clinton’s election campaign, the science of climate change, the Mueller investigation, and “fake news” from mainstream media have been enough to keep his supporters happy and persuade congressional Republicans to unite around his agenda.

Both groups have shown a willingness to overlook the hype, lies and self-aggrandisement, the nasty nationalistic and racist tweets, the dangerously belligerent foreign policy, the failure to replace Obamacare with “something terrific,” which has served only to make the scheme more popular, and the looming battle over funding for government programs that must be resolved if a government shutdown is to be avoided. The next twelve months will see progress, it’s been promised, on Trump’s much-vaunted infrastructure agenda, bipartisan immigration reforms that would protect young Dreamers, and a locking in of priorities and funding for the midterm elections in November.

Democrats are publicly optimistic that they can gain control of one or both chambers, but it will not be easy.

But just a few days into 2018 whatever strategies and plans the White House has been developing were swept aside. First came Trump’s Twitter taunt to North Korea about the size of his nuclear button and the weaponry behind it. Then, in quick succession, came the release of Michael Wolff’s Fire and Fury, the eruption of the Trump–Bannon feud into the public arena, and Trump’s assertions that he is a stable genius. And so the media oxygen is consumed by the inevitable and endless analyses of what all this means for Trump’s mental status, his fitness to be president, impeachment possibilities and the Trump family’s sinecure at the centre of power and influence. No one has done more to drive the media frenzy than Trump himself.

In one sense this is what we have come to expect from the man whose management style is disruptive, whose driving concern is his image, who nurses grudges and relishes personal fights. The US ambassador to the United Nations, Nikki Haley, has argued that Trump’s tweets keep North Korean leader Kim Jong-un “on his toes” and alert to the strength of US intentions. For many others, though, Wolff’s book represents an “emperor has no clothes” moment. True, there is not much new in the revelations but, as Washington pundit E.J. Dionne points out, the dam of denial has broken. It’s hard for Trump and his staff to argue about the veracity of the book when earlier reporting from a variety of sources and Trump’s own tweets and statements provide all the evidence needed to confirm many of the most worrying details.

Is it likely that all this will soon blow over as so much else has? That’s more than possible. While a lot of people have left the Trump administration early or been fired, there have — shockingly — been no resignations from people standing on their principles, despite Trump’s belittling, bullying and undermining of attorney-general Jeff Sessions, secretary of state Rex Tillerson and other senior cabinet members. Paradoxically, as Dionne observes, as Trump’s deficiencies become clearer to ever larger numbers of Americans, congressional Republicans are hugging him ever more tightly.

That was clearly evidenced when the Republican leadership dutifully lined up alongside Trump at the recent Camp David press conference while their president unloaded on Wolff’s book (castigating “Sloppy Steve” Bannon), the Russia investigation (including accusing Hillary Clinton of collusion), US libel laws, and his own stellar academic achievements and business acumen. Senator Lindsey Graham, who has spoken out critically many times and called the president a kook, now says the president “has the right attitude” and senator Bob Corker, who accused Trump of debasing the country, is now flying in the presidential jet. Despite their own and constituents’ concerns, congressional Republicans, even so-called rebels like senators John McCain, Cory Gardner and Susan Collins, almost uniformly vote the party line on key bills like the dismantling of Obamacare and tax reform.

Ironically, lawmakers’ embrace of Trump is due in large part to his abandonment of the populist positions he espoused as a candidate in favour of a more traditional right-wing agenda. He campaigned on delivering a healthcare system that would cover everyone, but in government has acted to limit access, especially for the less well-off; he said he opposed the idea of cutting taxes on rich people but has delivered in spades on this key item on the Republican agenda, with corporations and the richest Americans receiving massive taxation benefits; and instead of draining the Washington swamp his cabinet is now stacked with industry executives with major conflicts of interest.

American voters are much more perspicacious than their elected representatives. Trump’s popularity (a poll average of 38.7 per cent on day 355 of his presidency) is the lowest of any president since Truman. It’s been below 40 per cent since about May 2017 and nowadays changes little, regardless of presidential actions good or bad.

Despite his poor approval rating and the chaos of his first year in office, Trump has been able to hold his key supporters. But while 82 per cent of those who voted for him would back him in a repeat of the 2016 election, only 76 per cent say they would vote for him in 2020. A Pew Research Center survey last month found Trump losing ground particularly among white Americans without college degrees and white evangelical Christians: both are groups Trump counts on. The steady erosion of Trump’s support, his failure to expand his base, and the fact that he didn’t win the popular vote in 2016 are all danger signs for him in 2020.

Before then, though, the 2018 midterm elections loom. By November, voters will know if, and to what extent, the tax bill has delivered benefits via their pay packets and increased their employment opportunities; they will have further evidence about the value of Obamacare and the impact of Trump administration changes, including failures to fund popular programs like the Children’s Health Insurance Program and community health centres; and they will have opinions about how their communities have been affected by deportations and failures to address natural disasters. Personal experiences will govern how, and even if, people vote.

Democrats are publicly optimistic that they can gain control of one or both chambers, but it will not be easy. Although Republicans only have a slim 51–49 majority in the Senate, they have a very favourable electoral map for 2018. Only eight of the thirty-three seats in contest are held by Republicans and ten of the Democrats’ seats are in states that Trump won in 2016. In the House, Democrats need a generic ballot advantage of more than 8 per cent to gain the needed twenty-four seats to take control. There is precedent for this: in Ronald Reagan’s first midterm of 1982, when his job approval rating was 42 per cent, Democrats won the House vote by twelve percentage points.

The stakes are high for Democrats but perhaps even more so for Trump. The election will be seen as a referendum on his presidency and his political accomplishments. Democratic control of either chamber would create a major obstacle to his legislative agenda, give Democrats the ability to conduct oversight of his administration, and raise the possibility of impeachment. The Democrats learned from the recent Alabama election the importance of getting out every last vote, especially minority voters. The Republican response will be increased efforts to restrict voting eligibility and hinder access to voting places. One thing is certain — the election campaign will be costly and nasty, with Trump leading the fundraising efforts, exaggerating his achievements, and setting the tone.

It isn’t just the outcome of the midterms that makes 2018 a fraught year for Trump. Special counsel Robert Mueller is expected to want to interview the president, under oath, as part of his inquiry into possible collusion between the Trump campaign and Russia during the 2016 presidential election. If Trump lies during this interview (and he does have frequent problems with the truth) he would be guilty of a felony, and his lawyers are reportedly worried. Their push to provide only written responses to questions is unlikely to be accepted by Mueller, who has no reason to offer Trump a soft approach. There is much about the Russia collusion story that needs to be explained and Mueller will look to assess what he already knows against what Trump says. Even if Trump himself escapes the collusion charge, it seems that his family are also involved: that should be enough to enrage him, possibly leading to actions both ill-advised and inappropriate.

It was known before he was elected that he has escaped scrutiny over claims about his sexual predation, that bullying and character attacks are part of his modus operandi, that he was given to divisive “them and us” language, and that he was a man you could bait with a tweet. Under this president, the very nature of truth, evidence, morality and acceptable presidential behaviour has changed. The key thing everyone has learned over the past year is that Trump has not, will not change. ●

National Affairs Walking wounded Peter Brent 14 February 2020 Scott Morrison will always have 18 May 2019, but is that enough?

Tandberg and the teachers

Before he joined the Age, Ron Tandberg played a key role in Victorian teachers’ campaign for professional recognition 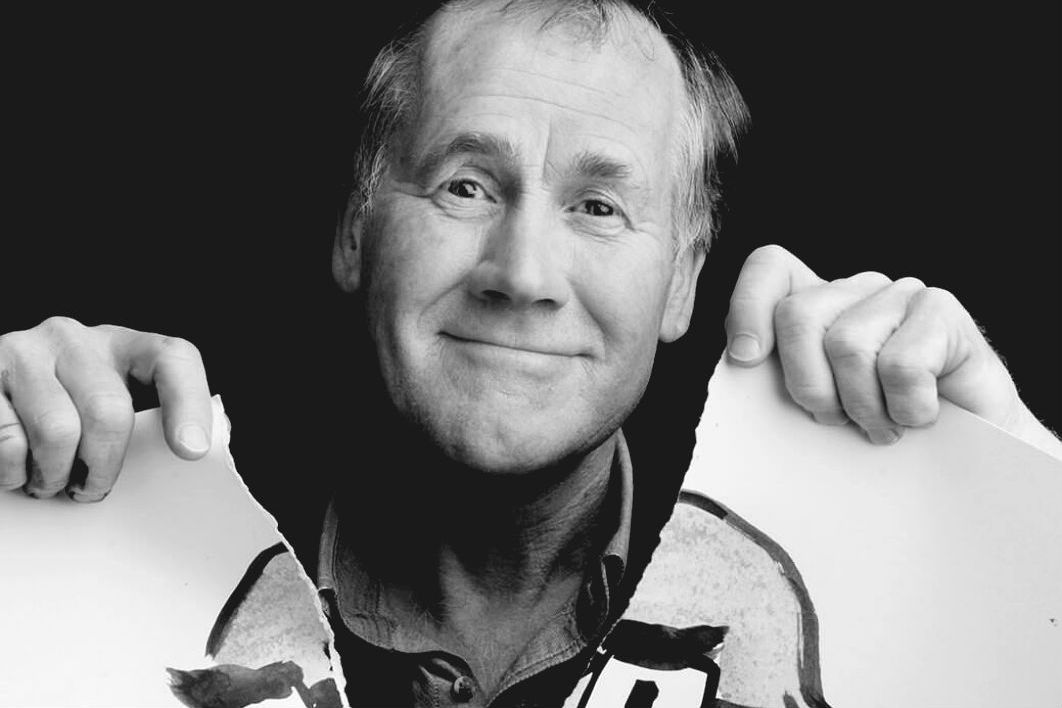