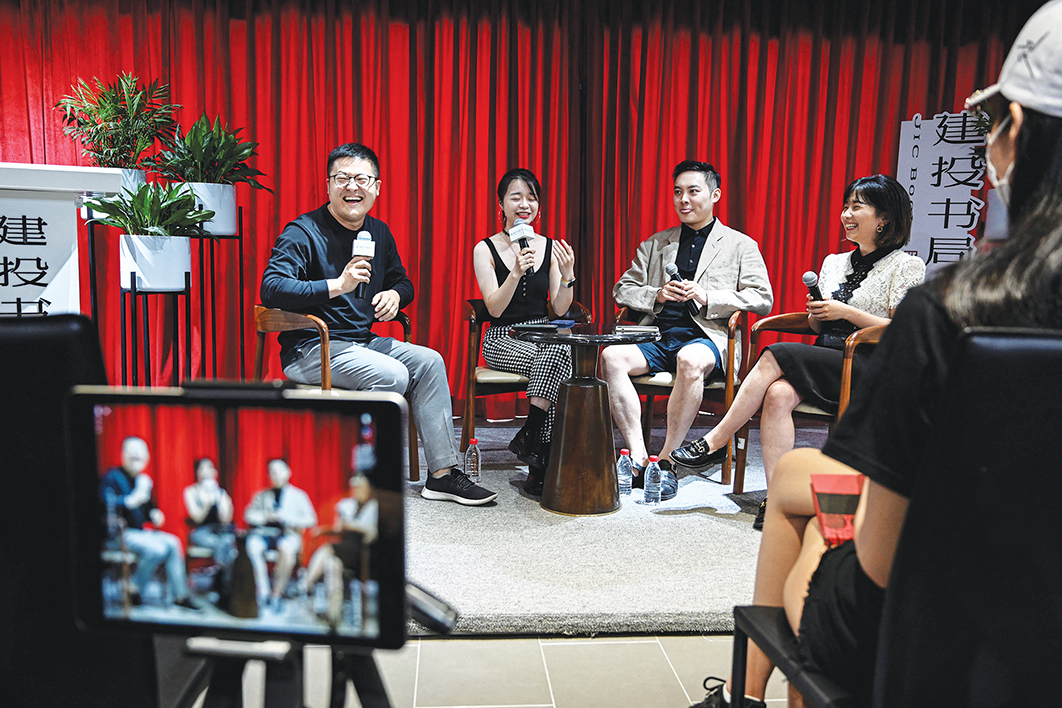 People you’d like to know: Chinese podcasters Yang Yi, Xie Ruohan, Meng Chang and Wang Qing at a forum with podcast fans in Beijing in June this year. Jade Gao/AFP via Getty Images

When I stumbled upon the Chinese-language podcast StoryFM a couple of years ago, I felt a bit like Alice stepping through the looking glass, except in this case everything was the right way around. People told their own, often remarkable stories, in their own way — in local accents, dropping the odd slang or swear word, sometimes making themselves laugh, occasionally trying not to cry, always natural and authentic.

These were the antithesis of the voices of official media — polished, political and performative, suffused with what the Communist Party calls “positive energy.” They sounded like my friends on the mainland, people I’d met, and people I wanted to know.

The voices I’ve heard since then on StoryFM — which now attracts about 700,000 listeners per episode — are those of “ordinary” people and they continue to speak about things that bring them joy, sadness, moral confusion, anger or even transcendence. One man described growing up on a small houseboat that ferried goods along the Yangtze. Another told of being gay, closeted and secretly in love with his straight best friend.

I’ve listened to people talk about surviving sexual abuse; dealing with relatives in prison or addicted to drugs; working as a zookeeper, telehealth doctor or nanny; having a mother who was a sex worker; losing a young wife to cancer; being “fat-shamed”; being kidnapped in Syria. They’ve spoken of first kisses and first jobs, of being a teenage mother, of surviving floods, and in one hilarious and surprising episode, of living in the United States, catching a thief and, feeling sorry for him, making him something to eat. Episode 541, which dropped not long after the fall of Kabul in August, featured a woman whose mountain-climber father had been murdered by the Taliban in Pakistan in 2012.

When StoryFM started, the Chinese podcasting scene was still small, DIY and relatively free of commercial pressures and official attention. Like elsewhere, podcasting grew off the back of blogging, beginning around 2004 but not taking off until much later. In the West, it was 2014’s phenomenally popular Serial, produced by This American Life (itself an inspiration for StoryFM), that really kicked things off. Yet, as one Chinese podcaster told the tech-media platform KrASIA, podcasting in mainland China still had the feel of “pirate radio” as recently as 2019.

These days, there are around 16,000 Chinese-language podcasts, reflecting the variety of contemporary Chinese life. Some are short-lived by accident or design; others, like StoryFM, are long-running. They focus on topics as broad as pop culture, entrepreneurship and technology, or as specific as app design, museums and the care of pets. Some are passion projects: Wang Yuezhou, the human resources manager at a Shanghai tech firm, collects the stories of places and people threatened by urban renewal for Urbanlog.

Many, like the popular The Unemployables, which covers freelance life, are wide-ranging “chatcasts.” Listening to the best of them feels like dropping in on a party full of fun and interesting people. I’ve heard men talk about why they love to knit, and young women reacting frankly (and none too positively) to the party leadership’s idea that they should consider having three children. On one recent episode of The Unemployables, an astronomer revealed how he found happiness by quitting academia, with all its internal politics and bullying of junior staff, to become a home renovator.

As Fang Kecheng, who researches digital media in China, recently told the Shanghai publication Sixth Tone, “When you’re tired of all the hate and irrationality circulating online and want to listen to light-hearted and civilised discussion, you tune in to a podcast.” (In this, China is not so different from the rest of the world.)

According to a 2020 survey by PodFest China, almost 90 per cent of the eighty-five million–plus subscribers to China’s podcasts are under thirty-five. They are typically single and live in first- and second-tier cities, and 86 per cent of them have university degrees (versus 20 per cent of the general population). When the host of The Unemployables opened the episode featuring the astronomer-turned-renovator by playing a snippet of Peter, Paul and Mary’s “If I Had a Hammer,” he could assume enough listeners would get the joke.

Financial sustainability, as in the West, can be tricky. Chinese podcasts may look to sponsorship, investment, subscriptions, built-in micropayments, virtual gifts from listeners or advertising to survive. The first podcasts used Apple as a platform, and some still do, though listeners may need a VPN to access them.

Ximalaya, the first China-based platform, which was launched in 2012, was a game changer. With 250 million monthly active users, today it is the local market leader; it looks after hosting, distribution and RSS feeds for podcasters, offers audiobooks, and has plans to become an “online audio ecosystem.” Other major mainland platforms include Xiaoyuzhou, which comes with inbuilt social media so listeners can follow one another, and Lingzhi.

Yet even as these local options have boosted the profile of podcasting, with popularity have come new pressures. Previously, so long as hosts didn’t draw undue attention from the authorities by touching on Xinjiang, Taiwan, Tibet or other hypersensitive subjects, they could speak relatively freely, including about LGBTQI life and other topics heavily censored in mainstream mainland media. But the space for free speech in the world of podcasting is shrinking, with commercialisation playing a part: advertisers and investors want more mass appeal and less political risk.

Chinese censorship is not just about policing from above, or clear red lines: across the media and cultural industries, creators and publishers must often guess where the lines are in the first place — and that promotes caution and self-censorship. It’s hard to say why, for example, some podcasts dedicated to LGBTQI topics stopped production earlier this year. Apple, meanwhile, has made some Chinese podcasts, including one that mentioned the events of 4 June 1989, either unavailable in the China region or difficult to discover.

Podcasters’ strategies for not attracting official attention include anodyne episode titles and descriptions. Then there’s cabianqiu, “the ball that scrapes the edge,” a term taken from table tennis to indicate a play that, daringly, is just within bounds.

In 2019, The Unemployables published an episode in which a mainlander in Hong Kong, having witnessed the protests there, confessed he found the mass solidarity in the face of political injustice inspiring. The episode is still accessible, but it’s now two and a half minutes shorter than it was. Another podcast, Surplus Value, hosted by three irrepressible young feminists, suddenly disappeared from Ximalaya after a guest criticised both hyper-nationalism and the government response to Covid-19.

The women of Surplus Value now host Stochastic Volatility, on Apple. In a recent episode the trio talked about seeing a male passenger upskirt a flight attendant on a plane. Whipping into action, they documented the man’s behaviour with their own phones while alerting the crew.

This segment segued into a lively, informed discussion of the sexualisation of flight attendants globally and a survey of their depiction in Chinese popular culture, a look at the sexist media commentary on female athletes’ bodies at the Tokyo Olympics, and a quick history of synchronised swimming, before circling back to where it began, with another true story about a man on a plane. And so, at least for now, Chinese podcasts are flying high. •

Linda Jaivin is a Sydney-based essayist, translator and novelist. Her latest book is The Shortest History of China (Black Inc., 2021). This is the first of her Big China columns for Inside Story. 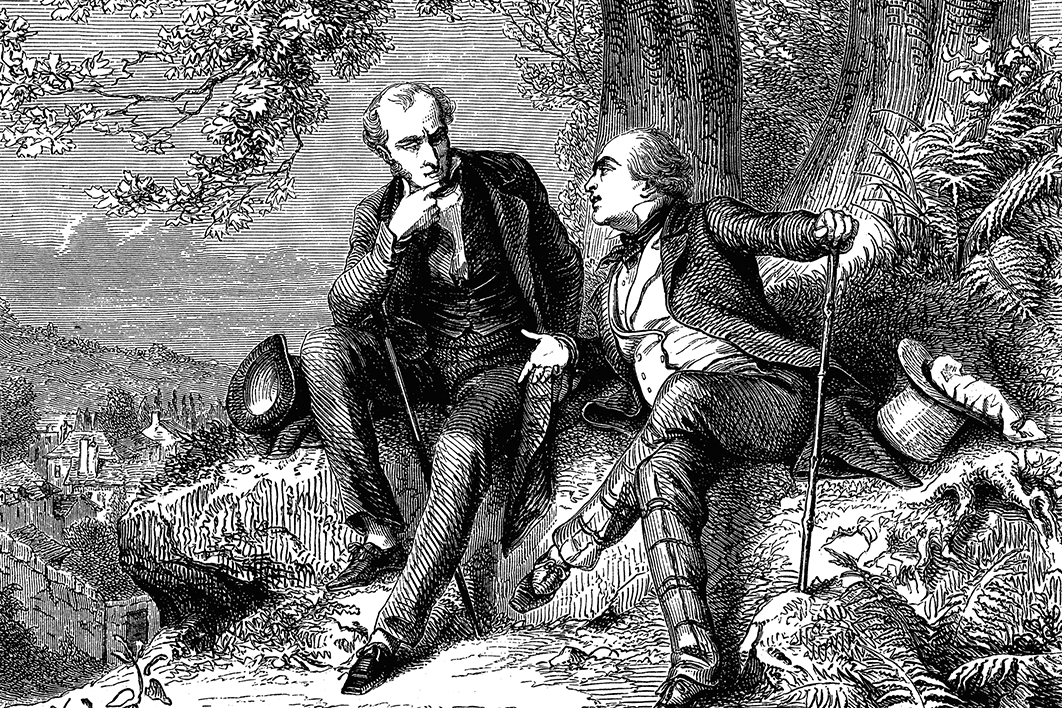