Senate voting needs to be simpler and more transparent. Brian Costar talks to Peter Clarke about a plan to fix the system, and looks at the politics of the federal budget 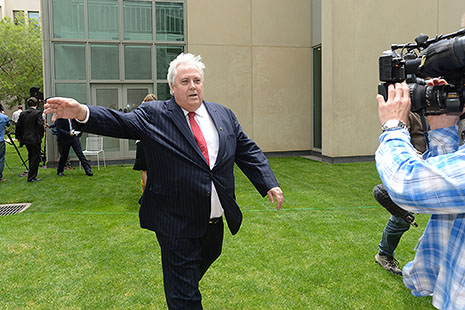 THE PARLIAMENTARY inquiry into the 2013 election is under way, and its report on the Senate voting system was released last week. In a highly charged political environment, the Australian Electoral Commission, and Australia’s voting system more generally, is under intense and not always disinterested scrutiny. Swinburne University of Technology political scientist Brian Costar talks to Inside Story’s podcast editor, Peter Clarke, about the issues. Also: the problems the government faces getting its budget through the Senate.

Peter Clarke is a Melbourne-based webcaster, writer and educator who teaches at RMIT and Melbourne universities. He pioneered national talkback on Australian radio as the inaugural presenter of Offspring (now Life Matters) on ABC Radio National. Podcast theme created by Must Volkoff, Pang Productions