Books | Despite the discouraging news reaching London, hundreds of women ventured from Britain to the colonies in search of work 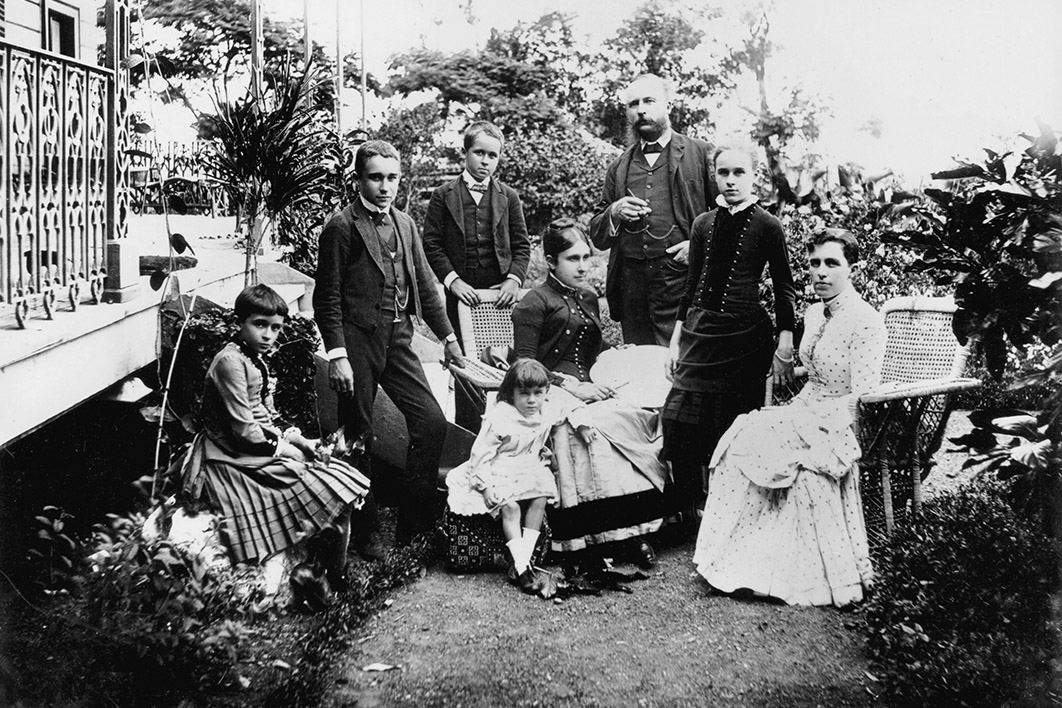 Colonial aristocrats: William Knox and his family at their home near Rockhampton, with their governess at right. John Oxley Library, State Library of Queensland

Governesses are having a revival. When the Washington Post promoted an article on Twitter, “For Parents that Can Afford It, a Solution for Fall: Bring the Teachers to Their Homes,” a reader replied: “Call them what they are: governesses.” When the pandemic forced Australian schools online, staffing agencies pivoted to providing in-home teachers, with one elite agency including “governess” in its list of staff services alongside professional nannies, house managers and chefs.

The revival of the governess and the accompanying debate about privilege and educational advantage gives historian Patricia Clarke’s new book more contemporary resonance than its 1985 edition, The Governesses: Letters from the Colonies 1862–1882. This revised version of that book is also exquisitely illustrated with nineteenth-century landscapes, lithographs and cartoons that further enliven a forgotten yet suddenly relevant subject.

Beyond governesses, Clarke’s oeuvre has pushed Australian female writers into the biographical canon, especially her invaluable history of women’s journalism in the nineteenth century, Pen Portraits (1988); biographies of novelists Rosa Praed (1999) and Jessie Couvreur (1994), journalist Louisa Atkinson (1990) and feminist Eilean Giblin (2013); her edition of Judith Wright’s memoir, Half a Lifetime (1999); and the book she co-edited with Dale Spender, Life Lines: Australian Women’s Letters and Diaries 1788–1840 (1992). Her eye for archival life writing that reveals hidden histories is similarly evident in Great Expectations, which is drawn from governesses’ letters to the Female Middle Class Emigration Society, or FMCES, the organisation that funded their passage to Australia between 1861 to 1886.

While today’s governesses (or the male equivalent, “governors”) presumably have a teaching degree, Clarke’s young women were characters straight from Bridgerton who offered their students little more than basic literacy and numeracy, possibly with art, French and music, and a posh accent that hid their genteel poverty. Along with their books and other luggage, they packed the rigid English class system, and before they even embarked they were complaining about travelling second-class, an early warning of the trouble ahead.

Those who found work with a family complained about the colonial children: “[They are] wild and impetuous,” wrote one. “The floor is the place for everything and it is no use making yourself unhappy because they will not acquire English manners for they do not like them.” They also struggled with the colonial mothers, who, they opined, were far too interested in their children, “do not like to be made to feel inferior” and were “indolent and untidy.”

Clarke responds empathetically to the entitled but naive women who arrived in Sydney, Melbourne and Brisbane, blinded by the southern light and the reality of their new situation. She argues that they were lured down the colonial garden path by promises that were clearly at odds with news reaching the FMCES’s founder, Maria Rye, that the colonies didn’t need more governesses.

By the 1860s, in a colonial version of the skilled occupation list, colonial governments assisted only those whose skills were in demand: artisans, labourers and domestic servants. To overcome this hurdle the FMCES offered loans that covered a governess’s expenses, to be repaid once she secured employment as a governess in the colonies. But getting a job was becoming increasingly difficult as school systems created expectations of education outside the home. In this respect, Great Expectations offers a history of the efforts — at the governesses’ cost — to establish formal private and public schooling in Victoria, New South Wales and Queensland.

Despite warnings, Rye believed that dumping more of England’s problems on the colonies was a good idea — if no longer convicts, why not single women? In Clarke’s telling, she is a tunnel-visioned, anti-Catholic evangelist who wilfully ignores her scheme’s problematic premise to the detriment of more than 300 young women. Great Expectations is as much about Rye’s great illusions as the governesses who experienced her scheme’s great disillusionment.

Through extracts from their letters to the FMCES, Clarke gives voice to the governesses’ culture shock and isolation. They expected to be met by FMCES contacts, but most found little help. As late as 1874 — a decade after the scheme began — Ellen Ollard wrote to the FMCES that “never while I live, shall I forget the feeling of despair that took possession of me” on arriving alone in Melbourne. They competed for the few available governess jobs and by and large found themselves to be no more than glamorised servants, especially if they couldn’t teach music. Those who were willing — or more often compelled by a lack of work in the city — travelled hundreds of kilometres to remote stations.

Some of the more resilient, adventurous governesses adapted; some of the entrepreneurial began their own schools; a few married, which was another lure of the scheme that had been nicknamed the Export Wife Trade by the Saturday Review back in London. Clarke quotes Rye — “Teach your protégées to emigrate; send them where the men want wives, the mothers want governesses” — and then, like a Twitter moderator, flags another false promise: the colonies were already fine on the marriage front.

Placed in Clarke’s wider context, the governesses’ struggle to adjust reveals the women to be more than haughty and hapless snobs. Great Expectations is written in a clear if brisk style that will appeal to a wide, non-specialist readership. Where possible, Clarke provides brief details of the governesses’ lives and employers using archival information beyond their letters, but sometimes I wanted to linger with some of these women and more fully understand, as much as factually possible, the situations they found themselves in and the people they found themselves among.

After recurring references to her “friendlessness,” we do learn more about the miserable Rosa Phayne, begging for help to return to England from her rural station post. Her last letter to the FMCES is in 1872: an appeal for help finding work in London, written as she was about to board a ship home. It’s to be hoped that present-day pandemic “governesses” and “governors” are writing about their lived experiences for a future historian to continue Clarke’s work. •

Kerrie Davies is a Lecturer in Journalism at UNSW. Her latest book is A Wife’s Heart, published by UQP in 2017. 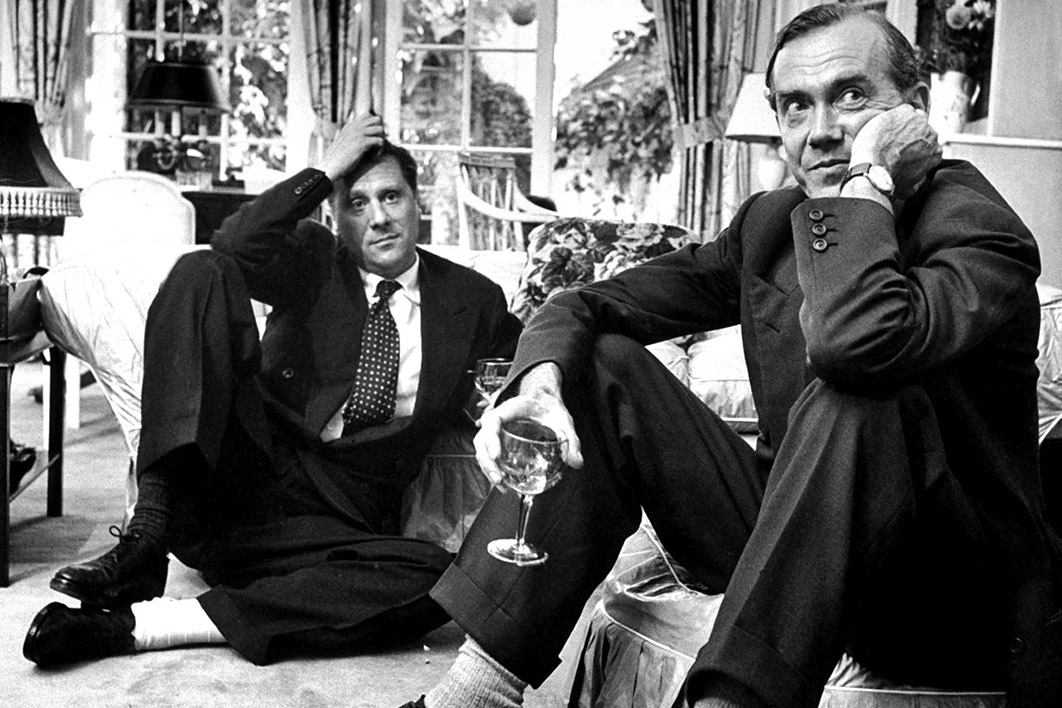