The centenary of the first world war has begun, writes Jane Goodall, but Australia’s public broadcasters are still feeling their way 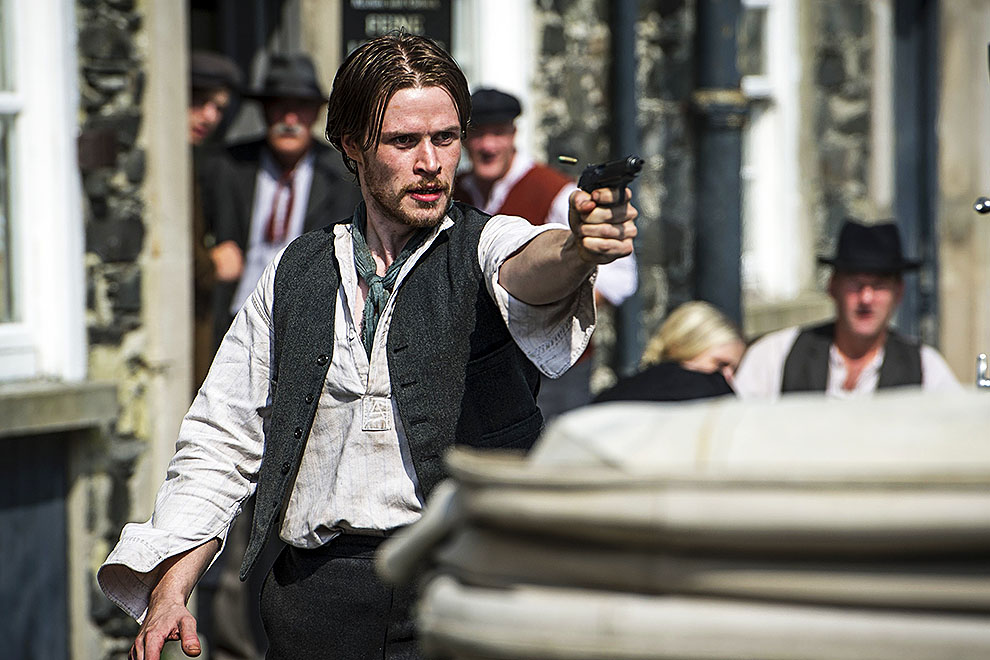 On 28 June this year, on the one-hundredth anniversary of the assassination of Archduke Franz Ferdinand in Sarajevo, heads of state from the European Union countries came together at Ypres to commemorate the event that led to the outbreak of the first world war just thirty-seven days later. In Sarajevo, the mood was more turbulent, with demonstrations honouring Gavrilo Princip, the Bosnian Serb who fired the fatal shots.

These events were duly reported in news bulletins on Australian television. But apart from that, any sense of occasion among the networks was remarkable for its absence. While ABC Radio National provided almost a whole weekend of dedicated programming, on ABC television it was business as usual. SBS picked up 37 Days, a three-part BBC dramatisation of the diplomatic crisis following the assassination, which was originally produced as part of the slate of anniversary programming described by director-general Tony Hall as “the biggest and most ambitious pan-BBC season ever undertaken.” Episodes were broadcast on SBS on 20 and 27 June and 3 July, but here there was no context for the series and nothing to set the tone for such a commemoration.

Part of the problem was the clash with SBS’s saturation coverage of the FIFA World Cup. In this celebratory atmosphere, it almost seemed that sport was taking over from war as the peak form of international engagement. But any such optimism was soon swept aside when news bulletins began covering Israeli attacks on Gaza and the Malaysian Airlines flight 17 crash in Eastern Ukraine.

Alexander Nekrassov, a former Russian presidential adviser, was asked on CNN whether he’d had “a Franz Ferdinand moment” when he heard about the shooting down of MH17. He was sure that quite a number of politicians were having such a moment, he said, and revealed that the Kremlin was getting ready for “some serious turbulence.”

Ironies abound, with significant implications for the programming decisions made by our public television networks. There’s no arguing with the priority given to FIFA, of course: aside from its importance as a global event, it makes for superb television. But the party spirit clashed badly with other reports on the daily news. One uncomfortable transition took viewers from footage of a bomb blast in a shopping plaza in Abuja, which killed twenty-one people during the match between Nigeria and Argentina, to the studio ambience of The Full Brazilian, with host Jimeoin drinking pina colada from a plastic pineapple and welcoming the Wiggles as commentators on the day’s proceedings.

No programmer can be blamed for this kind of misalignment. Nor can they be held to account for the timing of FIFA, which left them with a tricky call: to let the first world war centenary pass with token acknowledgement, or to run coverage in parallel with the soccer fiesta and set up bipolar shifts in the evening’s viewing. Nevertheless, given the amount of airtime SBS habitually devotes to remembering the second world war, the neglect of the centenary of the first was a stark anomaly.

Nothing will sideline the centenary of Gallipoli, however, and although this isn’t until April next year, the Anzac dramas are already being rolled out. The trailer for ABC’s Anzac Girls, scheduled for broadcast in August, features tearful exchanges and soulful looks, passionate embraces (five of them in the space of sixty seconds), a haughty matron who says “Anzac Day? Never heard of it!” and a graveside scene in which a bereft young woman declares, “We will remember them.” Stirring stuff, of a kind we know so well and have cried over so often.

The clips from this trailer, to the song “Forever Young,” are almost interchangeable with those promoting The War that Changed Us, a four-part ABC documentary series to commence on 19 August. Australians were young, innocent, in love with life and each other until… well, until some other reality came to get us, is the message, though that other reality does not and cannot gain any traction in the context of this kind of sentimental indulgence. Stories of heroism, individual and national, may make good television, but in the long run they do little to further a mature public understanding of complex and terrible historical events.

This is just what ABC Radio National set about doing, marking the start of the thirty-seven-day countdown with a whole weekend of special programs. Particularly impressive was The Contested Beginning, a sequence of talks and discussions, hosted by Geraldine Doogue, considering the question of how circumstances conspired to draw the major players into the Great War. Doogue and producer Annabelle Quince were undaunted by the complex perspectives offered by Paul Ham, John Langdon, Margaret MacMillan and Annika Mombauer, authors of major recent books analysing the state of European politics in 1914. They offered searching reflections on the long-term international tensions that are the continuing legacy of the conflict. It’s not easy to host such a discussion for the benefit of a general audience but Doogue managed it with fluency and acuteness.

It almost seems as if there is a cultural division within the ABC over its role in promoting public understanding of the Great War. Ten years ago, the broadcaster collaborated with Britain’s Channel Four on the making of a ten-part series, The First World War, which drew on a vast range of archival footage and claimed, with some justification, to be a “powerful, original and truly comprehensive” account. The ABC promoted it as a series that “demolishes myths and answers key questions from the origins of the war to its bitter end” – as a challenge to “ninety years of myopia” and a corrective to the tradition of portraying that conflict “through a veil of tears, seeing only a tragic waste of life in the mud of Flanders.” Current offerings suggest that the veil of tears is well and truly back in place.

With the centenary stretching across four years to 2018, it is yet to be seen how our public broadcasters stay the course. There are signs that SBS, at least, plans to drip-feed commemorative material. Churchill’s First World War goes to air on 1 August and a repeat of 37 Days begins on 4 August, the date that marks the conclusion of the countdown period. On first viewing, 37 Days came across as a rather arch costume drama, without any evident contemporary resonances. It needed the context of the BBC’s much-vaunted World War One season.

The repeat, though, carries with it another context. MH17 was shot down on 19 July, halfway through the period covered in the series, and the international diplomatic tensions arising from it have yet to play out. This time, though, Australia is on stage in scene one, seeking a major role in scripting UN resolutions and flirting with a high-risk proposal to send armed personnel into Ukraine to assist with the recovery of bodies. During the critical thirty-seven days of 1914, the fatal errors arose from grandstanding, the issuing of ultimatums, and nationalist opportunism. We really do need to take another look at all that. •

The winter of Senator Faulkner’s discontent 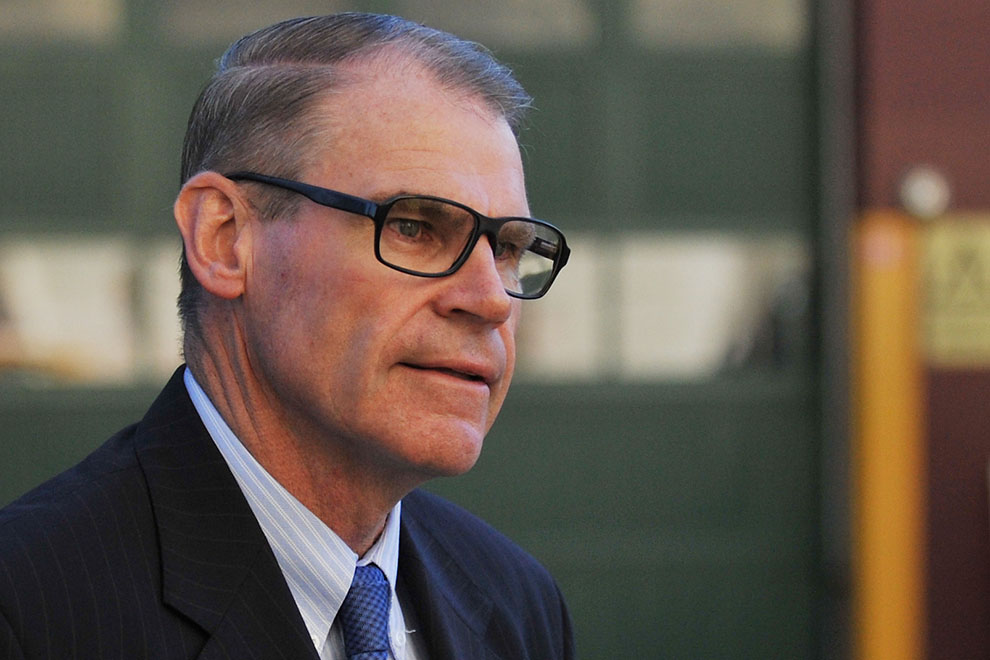