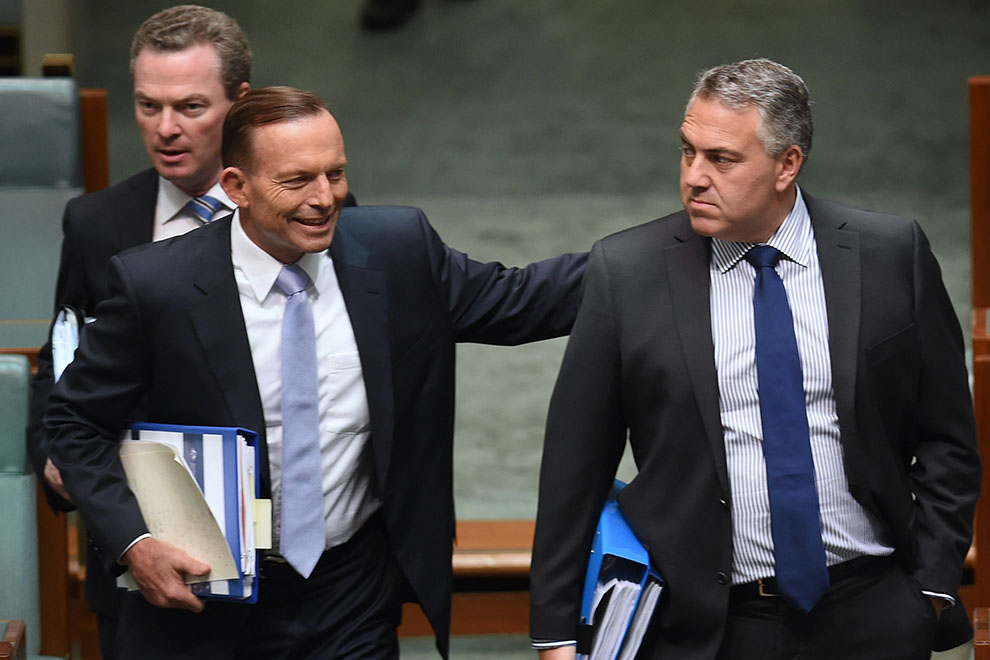 In a few days’ time, a full year will have passed since the federal Coalition was ahead of Labor in the opinion polls. Individual surveys have put Tony Abbott’s government in the lead once or twice – Newspoll on a single weekend in April, for instance – but the polls as a whole, aggregated by William Bowe at Poll Bludger, show a dismal two-party-preferred performance dating back to early December 2013, barely two months after the election. Commentators often talk about the government’s post-budget slump, but it would be more accurate to call it a post-election collapse, unprecedented in Australia since serious polling began.

What happened last year to erode the government’s support so dramatically? Tony Abbott set out to run a low-key, surprise-free administration, and most of his ministers kept their heads down in the months after the election. Almost as soon as the ministry was sworn in, though, education minister Christopher Pyne began sending out mixed messages about the popular Gonski funding proposals. By 23 November, as the Australian reported, he was planning to go “back to the drawing board” and create his own funding scheme. The next Newspoll had the Coalition trailing Labor 48–52, and that’s basically where it’s stayed ever since.

Pyne’s remarks probably didn’t do all the damage. But they reminded a vital group of voters that many of the things the new government would do if it felt it could get away with it – in education, health and industrial relations, for instance – were not the kind of things they had voted for. In fact, polling on individual issues suggests many people who switched to the Coalition last year were simply punishing Labor, without any particular hostility towards its policies in those electorally significant areas. And Labor had given them good reasons to do so, with (among other things) its poor handling of the pink batts controversy, its failure to explain and defend its economic stimulus policies, and its chronic disunity.

One of the hazards of a small-target strategy of the kind the Coalition adopted last year is a limited or uncertain mandate. (The concept of governments having a “mandate” is much-contested, but I’m using it here in the sense of majority backing for a broad program.) Apart from its big-ticket promises – on boats, the carbon tax, the deficit and roads – the strategy involved getting through the campaign without being explicit about what a Coalition government intended to do in virtually any other policy area. It didn’t quite work. Under pressure from the media, Abbott progressively locked himself into a Labor-lite position on a variety of issues. His notorious election-eve interview with SBS’s Anton Enus – “no cuts to education, no cuts to health, no change to pensions, no change to the GST, and no cuts to the ABC or SBS” – was the end point of a strategy that was always going to unwind after the election.

If the poor polling weren’t so sustained and hadn’t begun so unusually early in the government’s first term, it could be argued that the Coalition’s poll problems have no bearing on its performance at the next election. But the abnormally grim figures clearly do carry a message for the Coalition. And the problem for the government is that it will be very difficult to deal with the causes.

The obvious way out is to bribe voters. John Howard did this in 2001, dragging the government back from an unwinnable position by throwing money at pensioners, self-funded retirees, first home owners and (via politically motivated advertising) the media. Even then, it probably wasn’t enough – the evidence suggests that the 2001 election was won principally in the shadow of the 11 September attacks in the United States. Whether the spending worked or not, it relied on benign international economic conditions delivering plenty of revenue to splash around.

A change of leader is an option, though given the impact of Julia Gillard’s overthrow of Kevin Rudd it’s unlikely to happen any time soon. (The circumstances are completely different – Rudd was still immensely more popular than Abbott – but that doesn’t alter the perception of risk.) But if the bad polls continue through next year then a group of influential Liberals might decide it’s time to tap Tony Abbott on the shoulder. And at that point the party’s problems could well become even more evident.

The narrowness of the Coalition’s list of election promises suggests how little common ground it shares with a majority in the electorate. No matter how much hostility towards asylum seekers shows up in the polls, the evidence makes clear that they don’t figure in people’s voting decisions. The carbon tax lost its electoral potency as soon as it became clear that its removal made no difference at all to most people’s lives. The deficit should have been the Coalition’s strongest issue, but the disastrous budget has diluted that message. And for many people in key electorates road spending has lost its edge over investment in public transport.

Beyond these measures, the Coalition is in even trickier territory. Health? Medicare has long been a target for the Coalition’s increasingly influential right wing, and voters were well aware that the $7 co-payment is the thin end of the wedge; dropping it won’t change that perception. Education? Gonski is gone and cabinet seems set on intensifying inequality among universities. Industrial relations? Many members of the Coalition’s front bench hold views that would be electorally suicidal. The ABC? Only a minority of voters support cutting funding for the most trusted news organisation in Australia.

Meanwhile, the perception that the Coalition is a better economic manager has been eroded by the sense that it is too close to the finance sector and unconcerned by income inequality. (A growing budget deficit isn’t helping either.) And the prime minister’s attempts to capitalise on its other traditional strength, defence and security, have produced only a small, temporary rise in his own ratings.

The mismatch between the underlying views of Coalition MPs and the reality of electoral democracy crosses almost the full range of policy areas, from financial advice to university funding. It appears to be a problem not just for this government but also for the Coalition more generally, and particularly the Liberal Party. There’s evidence that the electorate has shifted a little to the left (including this and this), and the parliamentary Liberal Party has certainly shifted to the right. The gap that’s opened up is wide enough to make it very hard for the Coalition, in its present shape, to attract an election-winning majority. •

What the Senate is telling us about big-party politics

The challenges of dealing with a fragmented Palmer United Party are a reminder that the major parties are struggling with low levels of primary support, writes Peter Brent 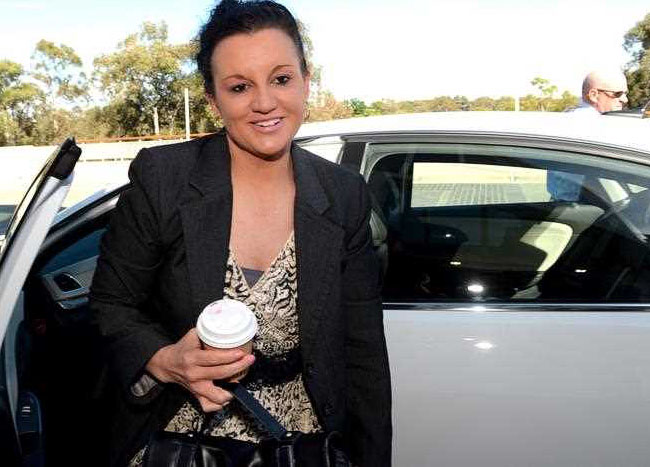