Evan Osnos has written a remarkable book about the world’s most populous country, writes John Fitzgerald. But is it too distinctively an American view? 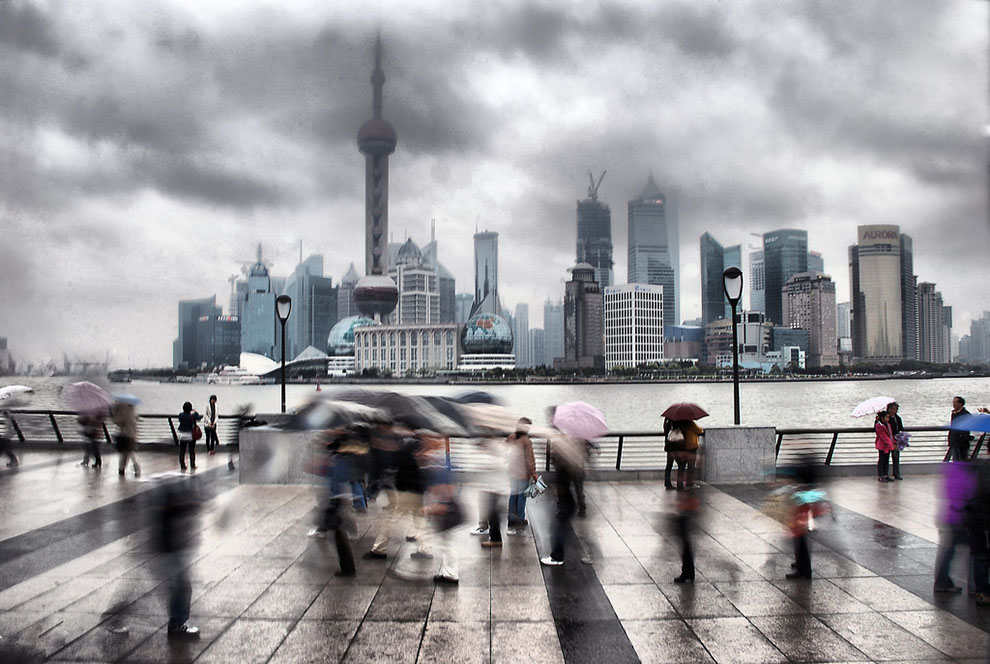 The unreality of reality: Shanghai’s Pudong district from the Bund. 蜡笔 MR/Flickr

Age of Ambition: Chasing Fortune, Truth and Faith in the New China
By Evan Osnos | Vintage | $34.99

Between 2005 and 2013, subscribers to the Chicago Tribune and the New Yorker were treated to some of the finest human interest stories to come out of China in many years. During an eight-year assignment, Evan Osnos developed a distinctive voice, as inquisitive as any who had come before him but with an especially keen eye for character and detail, acute judgements that sat lightly on their subjects, and a finely honed openness to China as it presented itself through everyday encounters with the “billion stories” of its people. Column after column, never failing to delight, Osnos told his tales through finely etched character sketches, wacky episodes, and reflections on current affairs.

Age of Ambition brings many of these stories together around the recurrent motif of fantastic personal ambitions enabled, and encumbered, by a fiercely authoritarian state. It is the go-to book for readers keen to become acquainted with the China that president Xi Jingping inherited in 2012, and that the world is still grappling with. It’s also a delight to read, a deserving winner of the American 2014 National Book Award for nonfiction.

At one level the book is a collection of character sketches of the hundreds of memorable figures who make fleeting appearances. Bumbling triad goons set out to teach Hong Kong barber Siu Yunping a lesson for beating the odds in the Macao casinos – he won, they lost, and to this day no one knows how he did it. (Osnos tells us Siu lived to tell the tale and went on to make a comfortable if less risky living in real estate.) A clutch of Chinese tourists accompany the author on a guided tour of Europe. The economists Wu Jinglian and Mao Yushi brave accusations of treachery, and in Mao’s case death threats, simply for calling the Chinese economy as it is.

Among these hundreds of characters, nine or ten key figures appear, disappear and reappear from one chapter to another, growing or diminishing in stature with each appearance. The narrative arc at play in most of these bigger stories is a journey from innocence to experience. And on this point the book owes a good deal to the great tradition of American fiction writing.

Although this is a work of nonfiction, Osnos situates his real-life stories in a literary lineage reaching back to the Gilded Age of Mark Twain in the mid nineteenth century through to F. Scott Fitzgerald in the first half of the twentieth century. Quotations from Fitzgerald frame the book, the earlier quotes suggesting innocence, the later, experience.

The promise that Osnos himself first felt on approaching the stunning skylines of China’s uber-developed cities is captured in a tableau of innocent aspiration. “When I stood in the light of a new Chinese skyline, I sometimes thought of Gatsby’s New York – ‘always the city seen for the first time, in its first wild promise of all the mystery and the beauty in the world.’” In the shadow of New York’s skyscrapers, needless to say, lurked the ambivalent figure of James Gatz of North Dakota, driven by ambitions as tangible as those of China’s new rich, all of them presumably “in doomed pursuit of love and fortune.” Another citation towards the end of the book dwells on the experience that comes with knowing the world as it is. “Everything the Chinese had ever gained was by iron and sweat and fire, and they, better than anyone, knew the impermanence of it all – ‘the unreality of reality’ as F. Scott Fitzgerald put it, ‘a promise that the rock of the world was founded securely on a fairy’s wing.’”

Each of the ten or so key figures in the book makes a journey that is ultimately framed by these quotations. After braving the Taiwan Straits to swim to China, Lin Yifu studies economics at a top university, founds a major economics research institute in Beijing, and becomes an indefatigable champion of the China model of economic development; appointed chief economist at the World Bank he finds himself beached when China no longer delivers on his promises. Blind legal activist Chen Guangcheng crawls out of his home village at night to escape detention, and throws China–US relations into chaos by seeking asylum in America during a Strategic and Economic Dialogue in Beijing; welcomed to New York University, he professes disappointment that his treatment at the hands of eminent American hosts suggests they are no less beholden to the Chinese authorities than his village jailers.

Outspoken journalist Hu Shuli maintains her rage about official corruption and insider dealings in Chinese markets while her readers slowly tune out. Tang Jie, patriotic movie-maker, leaps into life loathing the West but eventually starts questioning China. Racing-car enthusiast and youth-blogger extraordinaire, Han Han, ups and leaves millions of fans behind for a life of relative silence. Michael Zhang grows disillusioned with his charismatic “Crazy English” teacher, Li Yang, and ends up pitching great ideas into thin air while making a hard-scrabble living as a casual teacher. Li Yang himself, as well as online-dating-service pioneer Gong Hainan, are consumed by the scandals that accompany their success. Only artist Ai Weiwei and jailed Nobel Prize winner Liu Xiaobo grow in stature through the book, never disappointing, even as they themselves are reduced to despair.

The literary framing of the book is part of its appeal. But why Gatsby?

Certainly a book so attentive to Chinese voices would have had difficulty framing its stories in a contemporary Chinese literary idiom. A number of Chinese writers have celebrated the country’s great transformation over the past sixty years, but none with the panache of F. Scott Fitzgerald or the humour of Mark Twain. There has been no Charles Dickens, no George Eliot and no George Orwell, and not even a Marx of the 18th Brumaire or anything akin to Engels’s Condition of the Working Class in England. This is despite the fact that China has replicated a billion times over the lived experience of Wigan Pier, the disciplined pedagogy of Mr Gradgrind, the tragi-comedy of Louis Napoleon, the drudgery of industrial Manchester, the vacuous splendour of large houses and wild parties.

Chinese writers who might have done so were silenced or killed in Mao’s China and their successors have yet to step forward. Today we find a curious indifference on the part of Chinese writers towards framing the lived experience of China’s people in a language that speaks to the broader human condition. So perhaps this has to be a story about China striving to become America, and predictably falling short because a repressive state doesn’t allow its people to live with the dignity and freedom that only a formally binding constitution and an independent press and judiciary can deliver.

Still, Osnos’s literary references are by no means confined to American fiction. Among the authors he cites in the telling are British poet W.H. Auden and American historian Paul Fussell. Yet he appears immune to Auden’s sometimes tired ironies and borrows little from Fussell’s Great War and Modern Memory, winner of the National Book Award in 1975, which chronicled the birth of irony in letters in the postwar period.

In 1939 Auden penned a book about war with Christopher Isherwood, Journey to a War, which recounted stories of their experiences in China when an earlier Chinese Republic was at war with Japan. In the same year, Isherwood published his Goodbye to Berlin, later adapted to stage and film under the title Cabaret, which presaged war in Europe.

If China were to write its own story of these years, I suspect it would come closer to the bleaker tradition of Auden and Isherwood than to the promise and disappointment embodied in Fitzgerald. It would be a tale of China’s rise as an ambitious nation in which a billion different stories were united in resentment towards Japan and the West, wanting nothing more than to teach them a lesson. Osnos offers only an occasional glimpse of these darker recesses of popular ressentiment and dismisses them when they do surface. If they were given a little more space in the narrative, F. Scott Fitzgerald’s vision of the shining light could look quite out of place. •

John Fitzgerald is Director and Truby and Florence Williams Charitable Trust Chair in the Asia-Pacific Centre for Social Investment & Philanthropy at Swinburne University of Technology.

When the going gets tough, it’s clear that Australia really doesn’t have a fully-developed policy towards China, writes Kerry Brown 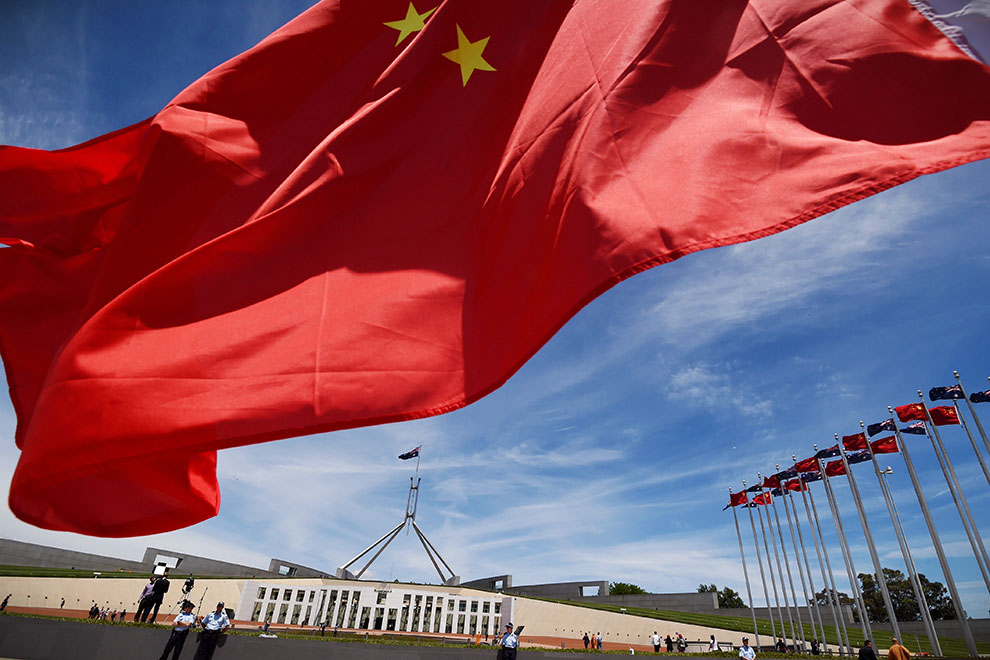