Getting personal about cancer 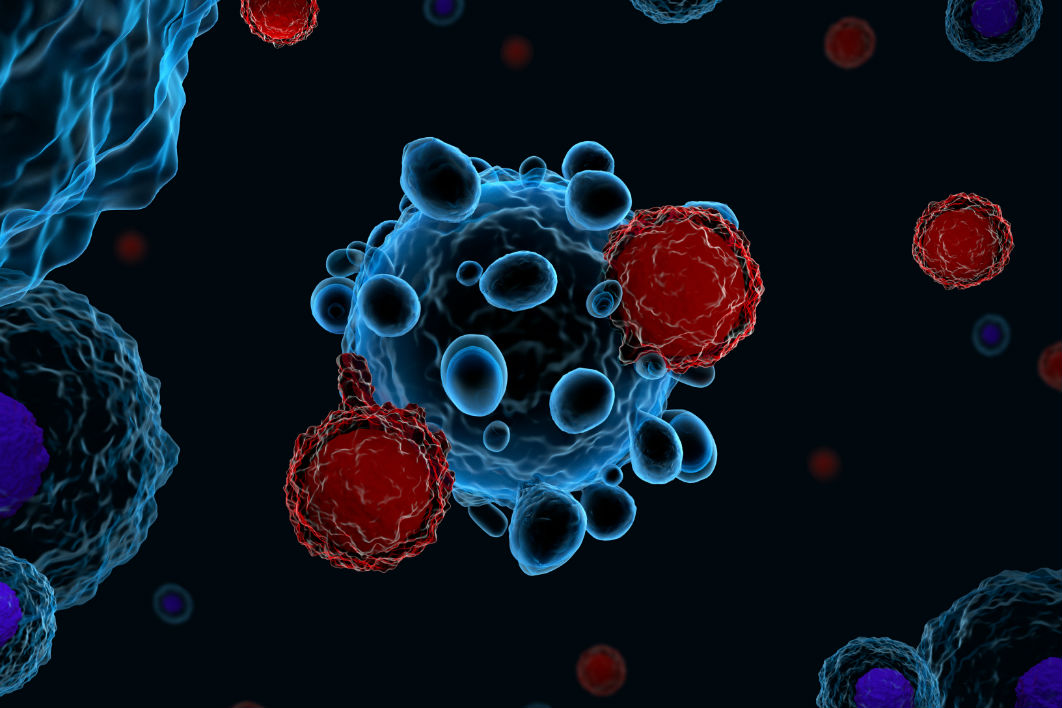 As a young medical oncologist, I was sometimes asked which cancer diagnosis I most feared. Invariably, my answer was metastatic melanoma. Although a primary melanoma could be cured surgically if it was caught early — and could often be avoided altogether by heeding sun-protection messages — once the disease began spreading it progressed rapidly. The main chemotherapy, dacarbazine, only reduced the cancer in 15 per cent of patients and didn’t offer a survival advantage in most trials.

Things have changed. These days we have at least three lines of therapy for treating melanoma, and patients are surviving for years. What happened? Cancer therapies moved from conventional chemotherapy to targeted therapies, including immunotherapy, and ushered in a new era of “personalised” medicine.

Conventional chemotherapy kills cells that are dividing, and in the process disrupts genetic material — our DNA — and our bodies’ mechanisms of division. It doesn’t target cancer cells alone — it also kills normal cells that happen to be dividing at the time it is administered. This is why the side-effects of chemotherapy tend to appear in tissue that is constantly dividing, including the lining of the mouth and bowel, hair follicles and the bone marrow cells that replenish blood cells. Fortunately, a higher percentage of cells in the cancer are dividing at any given time, and normal tissues recover better between chemotherapy treatments than the cancer can.

We have long known that cancers are caused by mutations in the DNA that makes up the genes in the cell. Some mutations are inherited; some are acquired if we are exposed to certain substances. In each case, they interfere with the body’s normal controls over cell growth. If we can identify the mutations, their proteins and the signalling pathways involved, then therapies can be designed to stop the cancer growing.

We’re increasingly doing that, but this revolution is only possible because of the development of genomics. Where genetics concentrates on single genes, genomics looks at all our genes, how they relate to each other and how they influence the growth of tissues.

The sequencing of the human genome in 2001 revealed variations in individuals’ DNA sequences that can be used to identify susceptibility to cancer and different responses to drugs. It also allowed us to pinpoint the different mutations in individual cancers. We can now measure the abnormal protein produced by the mutated gene to screen for cancer, help diagnose cancer and track the effects of treatment.

Next-generation DNA sequencing has taken this development a step further. Rather than looking for single gene mutations or sequencing sections of DNA relatively slowly, we can very rapidly sequence the whole genome. New bioinformatic techniques and significant computational resources can handle the very large amount of data collected through this process. (A whole genome sequence corresponds to approximately one terabyte of raw data.)

Next-generation sequencing can identify mutations in cancers that are not present in normal cells, and we can then target the proteins they produce with specific treatments. New high-throughput screening procedures can test thousands of compounds, identifying those that have the greatest impact on the cancer and the least effect on anything else.

Targeted therapies aren’t new. The first was developed more than fifty years ago, in 1967, after the discovery of the oestrogen receptor on breast cancers. Seventy per cent of women with breast cancer have these receptors, which act as a conduit for the oestrogen that fuels the cancer. Blocking the receptor with tamoxifen destroys the cancer cell.

More recent cancers identified by genetic alterations include chronic myeloid leukaemia, in which DNA swaps between two chromosomes (9 and 22) create an abnormal short chromosome 22 (the “Philadelphia chromosome”) that forms a new gene, BCR-ABL. The protein produced by that gene, a tyrosine kinase, is part of the pathway that signals the cells to divide. One of the early treatment successes was a small molecule, imatinib, which inhibits the action of the tyrosine kinase.

As one of the first of the therapies to target the tumour in this way, and as evidence of the potential of targeted therapy, imatinib even made it onto the cover of Time magazine. What’s more, it acts on another tyrosine kinase, this one associated with a rare cancer called a gastrointestinal stromal tumour — all the more remarkable a discovery because that cancer is unresponsive to conventional chemotherapy and radiotherapy.

These advances bring us back to the enormous progress in the treatment of melanomas, which no longer top my list of most-feared cancers. The first breakthrough came in the early 2000s, when it was found that about half of all melanomas have a mutation in a cancer-promoting gene, BRAF, which activates a protein called BRAF kinase that is part of the signalling pathway regulating cell growth. A new drug, vemurafenib, was found to inhibit this protein and was approved for use in 2011.

Following successful small studies of vemurafenib in patients with melanoma with a BRAF mutation, Paul Chapman and his colleagues in the BRIM-3 Study Group published the findings of a randomised study comparing vemurafenib to the older chemotherapy treatment, dacarbazine. Vemurafenib improved survival, once again highlighting the potential of targeting the proteins involved in the signalling pathways.

Our increased understanding of the interaction of the body’s immune system with cancers has also led to a second group of targeted therapies known as immunotherapies, which harness our immune systems to kill cancer. One type of immunotherapy uses antibodies to target the proteins found on foreign invaders like viruses and bacteria. Monoclonal antibodies — antibodies all of one type — can be manufactured to target a protein on a cancer cell, which can in turn trigger the immune system to attack the cell.

This is how we have come to deal with the HER2 gene, which is associated with an aggressive type of breast cancer. Copies of HER2 are higher in around a fifth of breast cancers, making it a vital biomarker for the condition. When a new antibody, trastuzumab, is added to chemotherapy for women found to have the HER2 gene, the chances of surviving breast cancer for ten years increase from 75 per cent to 84 per cent. I vividly recall this result receiving a standing ovation when it was presented at the American Society of Clinical Oncology meeting in 2005. Another antibody of this kind is rituximab, which targets a protein on some types of lymphoma and improves the outcomes of low- and intermediate-grade lymphomas by about 13 per cent.

Monoclonal antibodies can also be used to carry other toxins — a cytotoxic agent (which kills cells) or a radioactive particle — to the cancer. The recently developed drug TDM-1, for instance, combines trastuzumab with a cytotoxic called emtansine, which targets the cancer. Ibritumomab tiuxetin, an antibody against a common lymphoma protein, carries the isotope yttrium-90 to the lymphoma cell.

Not all monoclonal antibodies are designed to attack the cancer directly. We now recognise the significance of the tumour’s ability to stimulate the growth of new blood vessels, which nourish the cancer and provide an avenue for cancerous cells to spread beyond their site of origin. The vessel growth is stimulated by the vascular endothelial growth factor, which can be blocked by a monoclonal antibody called bevacizumab, thereby limiting the growth of the cancer. Added to therapies for bowel and some lung cancers, it has been found to improve survival rates.

The most recent successes with monoclonal antibodies derive from research into the question of why our immune systems don’t seem to be successful in attacking cancer. As well as antibodies, the immune system contains T cells that attack invading organisms. Research has revealed that T cells, and even some cancer cells, contain a protein that prevents them from attacking the cancer. New antibodies have been developed to block these proteins and allow the T cells to attack the cancer.

Among these antibodies is ipilimumab, which targets the immune-blocking protein CTLA-4 (cytotoxic T-lymphocyte-associated protein 4) found on T lymphocytes. When ipilimumab blocks this protein, the T lymphocyte can kill the cancer in a similar manner to the way it deals with foreign invaders. Ipilimumab was one of the drugs that made a significant impact on melanoma: a pooled analysis of studies shows that just over a fifth of the patients are still alive three years after commencing treatment.

Another immunity-blocking protein that can be targeted by a drug is the programmed cell death protein 1 (PD-1) found on the immune T cells. This protein prevents T cells from attacking normal tissues, but in doing so it also prevents them from attacking cancer cells. Two new antibodies, nivolumab and pembrolizumab, are designed to block this protein and allow the T cell to attack the cancer. The treatment has proved effective, but it can have serious side effects, so research is continuing.

Not surprisingly, given its normal function, blocking PD-1 can also cause autoimmune inflammation in some normal organs. Fortunately, this is usually only temporary and can be controlled for the time that these antibodies are being given.

These agents, known as checkpoint inhibitors, are the third of the therapies that have revolutionised the treatment of melanoma. They are being tested both individually and in combination, and have also shown some success in treating lung cancer, kidney cancer and Hodgkin lymphoma. The proteins that stop T cells attacking the cancer can also be found on the cancer. Atezolizumab, a new antibody designed to block one of these proteins, PD-L1, is being used in the treatment of lung and bladder cancers.

At the cutting edge of immunotherapies are cancer vaccines. Here, proteins derived from the patient’s cancer are introduced into the body to stimulate an immune response that will also kill the cancer cells. These techniques are in their infancy and must be distinguished from the vaccine being used to prevent cancer of the cervix, which is directed at the human papilloma virus that must be present if a cancer of the cervix is to develop.

The potential immunotherapy causing perhaps the most excitement currently is a type of adoptive immunotherapy called CAR T-cell therapy. The patient’s T cells are removed from the body and genetically modified to express a protein called a chimeric antigen receptor, or CAR. The T cells are then grown in large numbers and reinfused back into the patient whose immune cells have been depleted. CARs on the surface of T cells can attach to proteins on the surface of the cancer cell, improving the ability of these T cells to attack the cancer. Dramatic results were obtained in a small series of patients, starting with children with acute lymphoblastic leukaemia and adults with lymphoma, who had exhausted all other forms of therapy. The side effects have been severe, however, and more research is needed.

The research tools associated with the development of genomics, and the increased computing power and bioinformatics needed to analyse genomic data have resulted in a paradigm shift of cancer treatment from cytotoxics to targeted drugs. Technology that allows candidate drugs to be tested simultaneously and very rapidly has accelerated the development of these therapies, as have the advances in immunotherapy that have enabled the production of monoclonal antibodies and their tagging with cytotoxics.

Add to them the discovery of drugs that block the proteins that in turn are blocking the immune response, and the manipulation of T cells outside the body to make them more effective in attacking cancer, and the result is an increase in survival rates for a number of cancers, and the promise of progress in many more, as we increasingly personalise cancer medicine. •

Who’ll get the bloody nose in Longman? 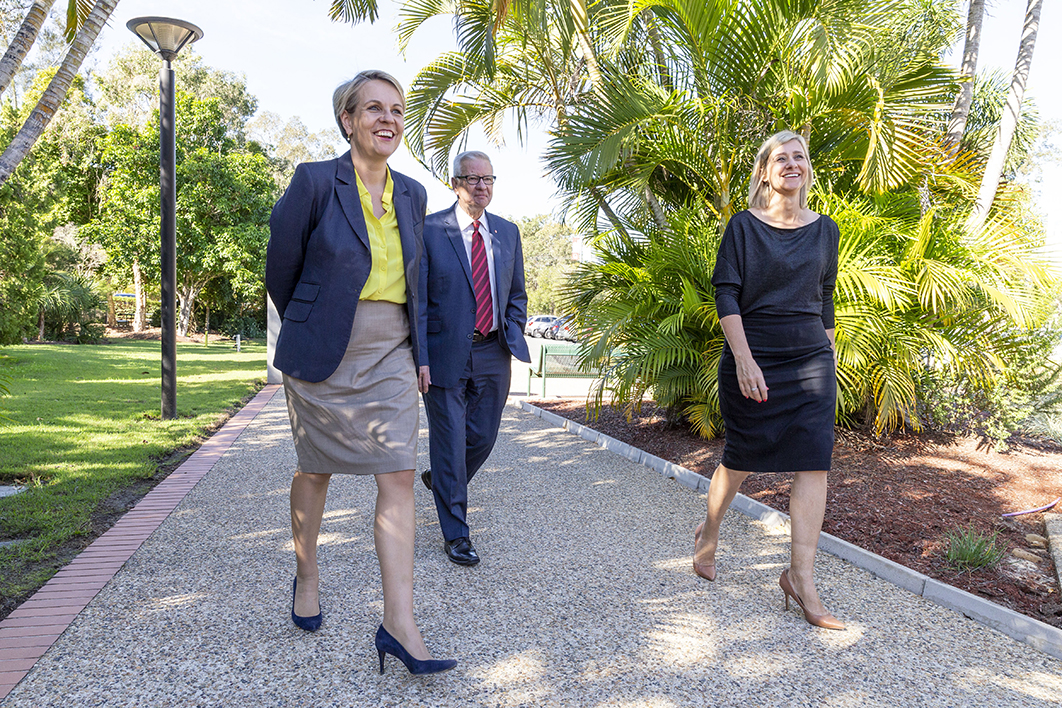