Getting ready for the blue wave 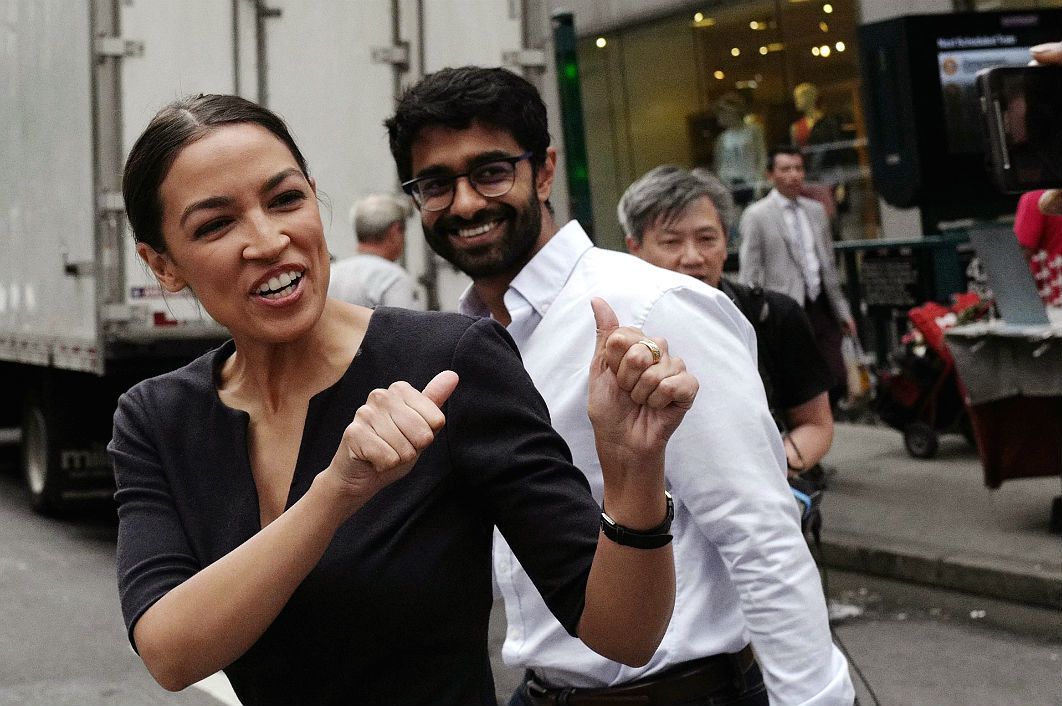 It was week eighty-eight of Donald Trump’s presidency and I was in Washington, DC, a city in which the president’s meetings, pronouncements, actions and tweets cause almost hourly ructions on Capitol Hill, in newsrooms, in boardrooms and in the restaurants where denizens gather.

The week had been bookended by Trump’s undermining of British prime minister Theresa May’s Brexit plans and belligerent tweet to Iran’s leaders, but it was dominated by the fallout from his Helsinki meeting with Vladimir Putin. Trump’s initial remarks at the joint press conference, then his walkbacks and reworkings, and then the unexpected announcement of an invitation to Putin to resume talks in Washington, left insiders — from intelligence chiefs to foreign affairs experts, the diplomatic community, and members of Congress — reeling.

As if to distract from this furore, Trump issued a fusillade of tweets criticising the European Union for taking advantage of the United States and slamming NATO members for not paying their fair share for defence, ranting against the Obama administration and special counsel Robert Mueller’s “witch hunt” and the “fake news” media (“the real enemy of the people”), accusing the FBI of illegally spying on his campaign, and reviving the old NFL national anthem debate. The trade wars against China, Canada and Europe were ramped up, hundreds of children had yet to be reunited with their immigrant parents, and there was news about a recording of Trump and his lawyer discussing payments to a Playboy model just prior to the 2016 election.

Any one of these issues might have been enough to derail a previous president. And it certainly seemed for a while that Trump’s Helsinki press conference might be a turning point — a bridge too far — for Washington. But that was last week, and this week the attention is on Trump’s bailout of farmers affected by his own trade war, whether he and his administration are being “taken for a ride” by North Korea’s Kim Jong-un, the likelihood that Trump’s former lawyer Michael Cohen will cooperate with prosecutors, and the fact that special counsel Mueller is scrutinising Trump’s tweets and negative statements about attorney-general Jeff Sessions to see if they constitute obstruction of justice.

Some Republican law-makers in Washington do seem concerned about where Trump is taking the nation. The Putin meeting has forced them to confront issues of national security and the incongruence of their desire to support the president at any cost even as he cosies up to the Russian president. But only those who are leaving politics are brave enough to call out the complicity of so many of their colleagues. Senator Jeff Flake, who retires in November, was one: “We have indulged myths and fabrications, pretended it wasn’t so bad, and our indulgence got us the capitulation in Helsinki.”

Outside the Beltway, these issues are playing out somewhat differently and in a very partisan fashion. A recent Quinnipiac University poll showed Trump’s approval rating was down to 38 per cent, but the rusted-on Trump voters are still wildly enthusiastic about the president. A CBS News poll found that 68 per cent of Republicans approved of Trump’s handling of the Putin summit, a view held by just 8 per cent of Democrats and 29 per cent of Independents.

Despite public anxiety about foreign policy debacles, the key concerns of voters in the November midterms will be immigration, healthcare, the economy and other domestic issues. Poll results show that most Americans (59 per cent) don’t approve of the president’s handling of immigration. His trade wars and tariffs are already leading to job losses and price increases, and the latest University of Michigan consumer confidence survey shows that Americans are increasingly concerned about their impact. Last December’s US$1.5 trillion tax bill was supposed to produce a big wage boost for American workers, but real wages actually fell by 1.8 per cent between the first and second quarters of this year.

Trump knows that he and the Republicans could be in trouble. “Stick with us,” he said at a rally with veterans this week. “Don’t believe the crap you see from these people, the fake news. It’s all working out. Just remember what you’re seeing and what you’re reading is not what’s happening.”

It’s possible he is already preparing for the inevitable backlash from his supporters if the predicted “blue wave” of Democrat victories comes about and the Republicans lose control of the House of Representatives and perhaps even the Senate. He recently tweeted that he is “very concerned that Russia will be fighting very hard to have an impact on the upcoming Election. Based on the fact that no President has been tougher on Russia than me, they will be pushing very hard for the Democrats. They definitely don’t want Trump!” This came just days after Putin declared he had wanted Trump to win in 2016.

Election results in Trump’s America are increasingly unpredictable, but Republican law-makers are justifiably nervous about the midterm elections and Democrats are quietly looking ahead to the possibility of taking the House.

The first hurdle the Democrats must overcome is how to find suitable candidates for both the conservative-leaning areas of the southern states and the more liberal-leaning areas in the northeast and the west coast, without diluting the Democrat brand. This issue is seen clearly in the differences between Democrat candidates like Conor Lamb in Pennsylvania, who is anti-abortion and pro-guns, and Alexandria Ocasio-Cortez in New York, who calls Bernie Sanders her ideological lodestar.

The party will also need the resources to fight efforts to restrict voting rights and limit minority voters’ access, to get out the vote and to ensure that there is no tampering with voting mechanisms and no outside manipulation. Democrats also need to go beyond Trump-bashing to deal with voters’ concerns about affordable healthcare, children’s education, safe communities, and secure, well-paid employment.

Simply winning the House would be a two-edged sword for the Democrats, making it extremely difficult to reverse current public perceptions of a do-nothing Congress. Just 15 per cent of voters rate the way Congress is doing its job as good or excellent, and 54 per cent rate it as poor. The latest Economist/YouGov Poll has strikingly negative assessments of party leaders from both sides in both the House and the Senate.

A winning Democrat majority in the House will need to find a way to replace their old-guard leaders (minority leader Nancy Pelosi, whip Steny Hoyer and assistant leader Jim Clyburn) with new candidates who can reinvigorate the party while holding it together. This is no small task. None of the current leaders shows any desire to step aside; it is not clear who their replacements might be; and the new caucus will likely be an admixture of significant numbers of conservative “Blue Dogs,” left-leaning liberals and women.

Democrat strategists are already mapping out a possible agenda for the next Congress. Assuming control of the Senate remains with the Republicans, and given the likelihood that the Republican House leadership positions will be filled by ultra-conservatives (Jim Jordan, a founding member of the House Freedom Caucus, and a Trump ally, has announced he will join the race to replace retiring House speaker Paul Ryan), it is hard to see how any legislation will be enacted. But it will be possible to bring the president’s bull run to an end and subject him and his administration to the scrutiny they have so far evaded.

One thing the Democrats must resist is the temptation to rush to impeachment. In the lead-up to the 2020 presidential election it will be much more important to lay out why Trump should not be a viable candidate, to show how Republicans have corrupted the processes of government, and to drive forward their agenda to improve Americans’ lives and future prospects and restore the nation’s international standing. ●

“I’ll tell you, they are all exactly the same” 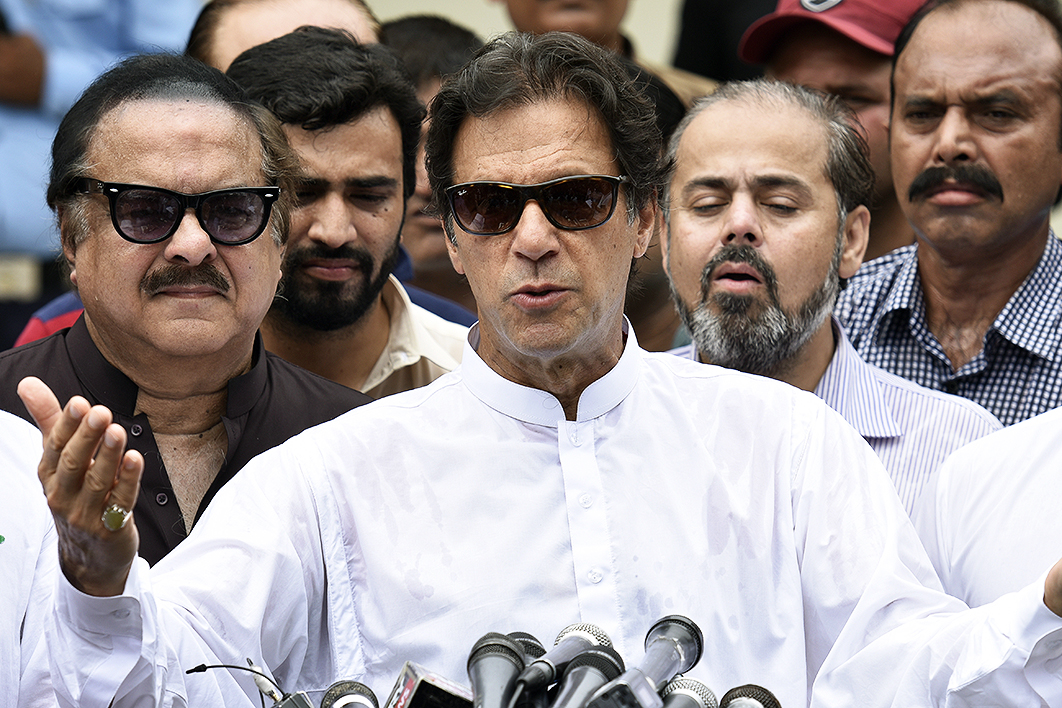