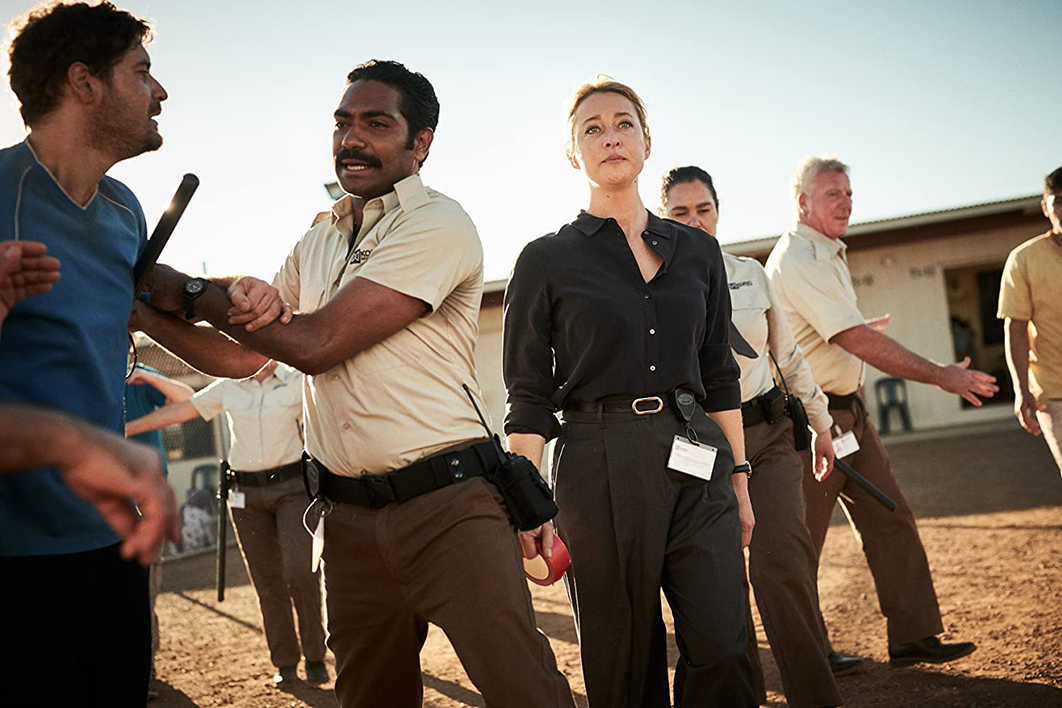 We see a young woman, wreathed in smiles, about to claim her moment in the limelight; then we see her running weeping along a street at night. Two men embrace in joyful reunion at the gates of an outback detention centre. A refugee family is torn apart as mother and children climb into a boat, the father left alone on the shore.

The trailer for the ABC’s new drama series Stateless is a succession of emotional surges, crosscutting scenes of distress, exultation, hysterical altercation and exuberant celebration. From the outset, it has been sold as a series built on great emotional intensity — a familiar strategy of the national broadcaster, which seems convinced that high drama is a drawcard.

No doubt there is a case for intensity in a series based on the story of Cornelia Rau, the German-born Australian citizen wrongfully incarcerated in Baxter detention centre for four months in late 2004 and early 2005. Rau’s story, recounted in meticulous detail by Robert Manne in the Monthly later in 2005, is strange and compelling, and continues to resonate in the national consciousness as a symptom of the disturbing political culture that took hold in the immigration department during the Howard years.

Rau was in her early thirties, and had been involved in Kenja, a Sydney sect run by a couple who preached a doctrine called “Energy Conversion,” when she began to experience psychotic episodes. Over the next five years, she led a chaotic existence punctuated by enforced hospitalisation. In 2003, she began attempting to escape the country by claiming to be a German backpacker and seeking a European passport. Found wandering on a remote road in Cape York the following year, she was questioned by Queensland police and turned over to the department as an illegal immigrant.

Interwoven with her story in Stateless are the experiences of an Afghan refugee, Ameer (Fayssal Bazzi), who has lost all but one member of his family, and a newly appointed guard, Cam Sandford (Jai Courtney), who has taken on this well-paid work in order to keep his young family in a spacious home with a swimming pool. Yvonne Strahovski as Sofie Werner, the Rau figure, brings star power, along with Marta Dusseldorp as Werner’s sister, Asher Keddie as the director of the detention centre, and Cate Blanchett and Dominic West as the couple running the Kenja cult.

With such a strong cast, expectations run high. And these actors certainly help anchor the sprawling storylines by bringing vividness and presence. Yet there is little opportunity for them to give their characters psychological depth. Blanchett and West perfectly capture the behaviour of the cult leaders, but we get no sense of what might underlie it. It’s as if their scenes with Strahovski are a string of “moments” designed to show off the actors rather than explore the dangerous tensions arising as a vulnerable subject comes under the influence of a creepy mesmerist.

Sophie is being drawn into a psychodrama here, which is probably an accurate rendition of what happened. But psychodrama has a cheapening effect when it’s allowed to leak across to the wider story. As the camera lingers over faces in close-up, giving us protracted reaction shots during every tense exchange, the dramatic texture becomes relentlessly expressive and overly explicit.

Little room is left for irony or implication. When skilled actors try to create it — as Keddie does when her character attempts to hold to some kind of human rationality in the face of a departmental boss focused on “controlling the narrative” — they are undermined. The scripting and filming techniques have their own ways of exercising narrative control, and are designed to create the shortest route to the next showdown. As the conflicted Sandford, Courtney is likewise steered into scenes of angry confrontation and teary meltdown.

Perhaps my response to Stateless was exacerbated by having been subjected to repeated screenings of the trailer during promotion breaks in last month’s Four Corners special on the bushfires, one of the most powerful pieces of television I’ve seen. A protracted replay of a father and daughter, caught in an ember storm, trying to contain their panic as they battled to save their home and their lives, was intercut with clips of stagey hysteria and grief.

In real life, the most rational and controlled aspects of human behaviour often come to the fore in the midst of extreme experience. Emotional responses of terror, anguish or grief are not synchronous in the way some dramaturges like to pretend: they may occur a day, a week or even years later.

American essayist Leslie Jamison has written insightfully about dramatic empathy as “emotional theft.” While she resists censoriousness, she nevertheless finds “something troubling about a certain sort of fixation on pain.” Especially so, perhaps, when the pain is being experienced by people whose situation and experience are remote from our own. In the case of those held under cruel detention policies, can an invitation to empathy really be honest or meaningful?

As Ameer, Fayssal Bazzi carries an impossible burden of pathos. What do we know about this man other than that his life and his family have been destroyed? Bazzi works to give the character a more moderated register of behaviour and reaction. Called in for an interview that will decide his destiny, he behaves with impeccable courtesy and apparent composure, but under the table, one of his feet trembles. It’s the kind of subtle detail the series generally lacks, but it is spoiled by the camera zooming in for the inevitable close-up of the tremor.

Some of the supporting cast in the detention centre are former detainees. Collectively, they communicate something of the ambience as they experienced it. These places were not settings for personal dramas. Most of the time they were places of dismal monotony, filled with people thwarted for years on end in their quest for a longed-for change of destiny.

When the breakdowns came they were not in a form any camera would want to capture in close-up. On the testimony of psychiatrists eventually admitted to Baxter, some detainees were so deeply traumatised that they could no longer walk, and resorted to crawling to the toilet. Some refused to venture out into the daylight. Some had screaming fits. Self-harm was rife.

Manne’s summary of the psychiatric reports is grim reading. The truth is, few people would want to watch a dramatisation of what life in an immigration detention facility really was, and is, like. Rau herself was more than just volatile and unstable; at times she was in a state of severe psychosis. Strahovski’s performance shields us from the more confronting aspects of her condition, allowing us to “empathise” with a character who comes across as a free spirit caught in a trap.

“Mental illness should never be sentimentalised,” Manne says. “It is frightening and uncharming.” All the more so in the case of detainees stripped of hope and dignity. Although the story arcs for the main characters in this series don’t distort the harsher realities they faced, the overall rendition is governed by the conventions of sentimentality.

No doubt the intentions of those who created the series were ethical and responsible. Cate Blanchett, whose company Dirty Films was a production partner with Matchbox Pictures and Screen Australia, also had a hand in the script. Her stated concern with “the erosion of empathy” and determination not simply to preach to the converted has driven the project from the outset. But perhaps creating a dramatisation that is both widely engaging and true was always going to be impossible. •

Of visas and viruses 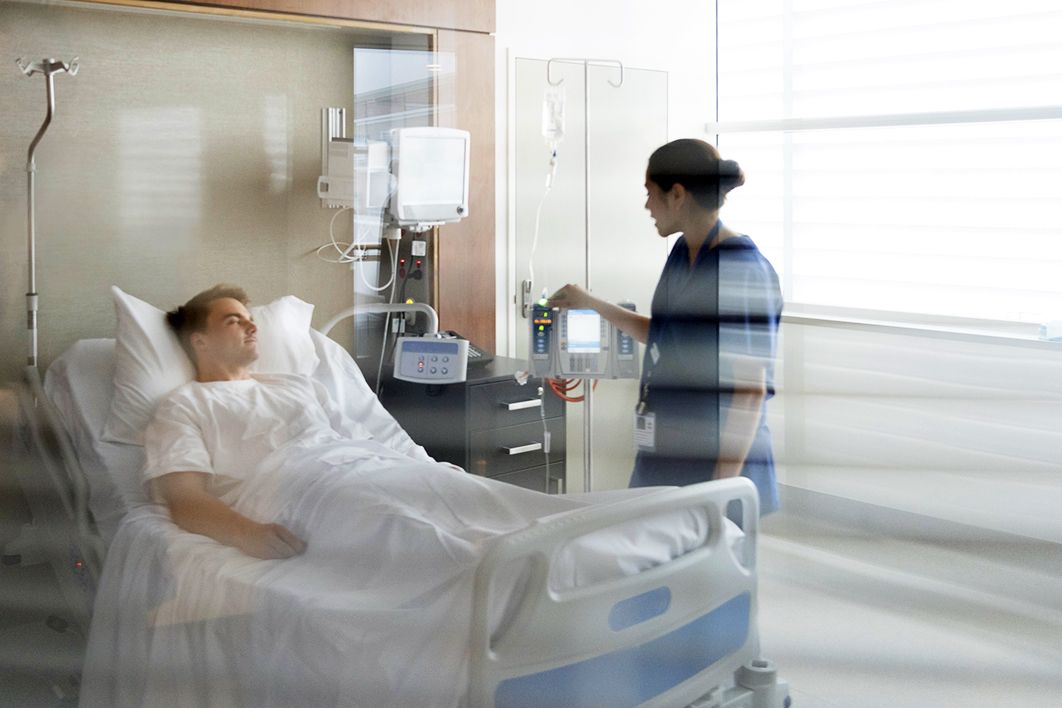