Despite his critics, David Williamson created a remarkable body of popular work 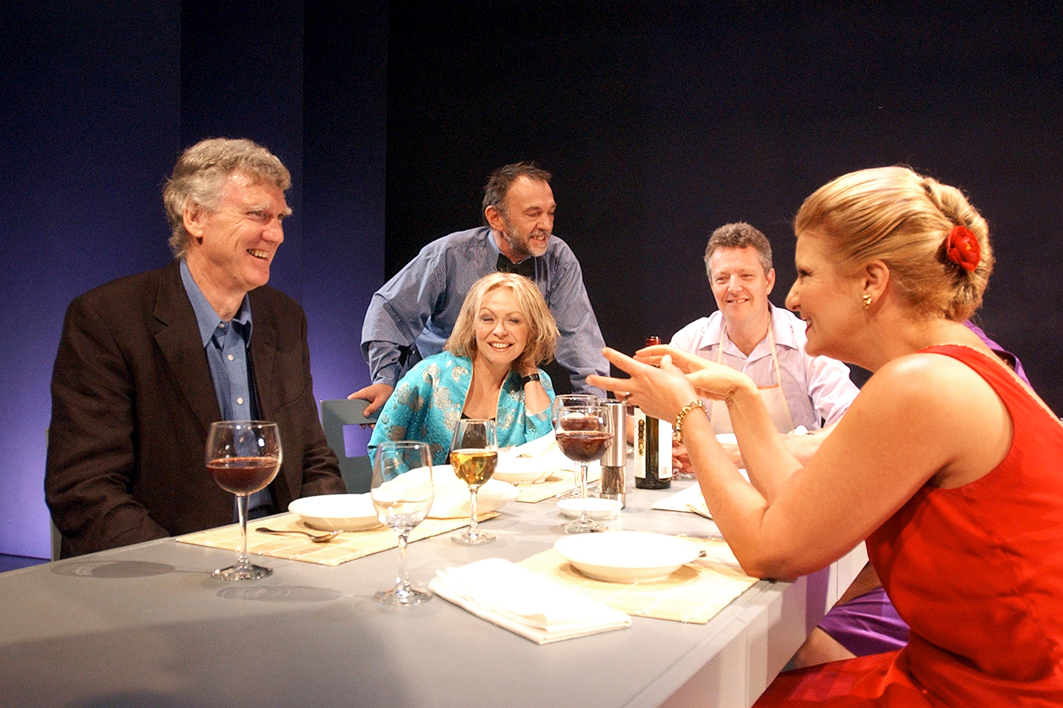 In 2004 I managed to get the last ticket for a performance of David Williamson’s play Amigos at the Canberra Playhouse. Although the audience for serious drama in Australia usually consists of people like me, “mature women,” this sellout performance was attended by an almost equal number of men (admittedly also past middle age). The man beside me, who chuckled throughout, told me he doesn’t normally go to plays but “you’ve got to see the latest Williamson — he shows us ourselves.” I didn’t protest that I had little in common with the wealthy retired sportsmen and their wives on stage because, somehow, Williamson always convinces his audiences that we are like his characters.

I have been going to Williamson plays all my adult life. I remember the audience exhilaration after a performance of Don’s Party, again in Canberra, when the cast came out in “It’s Time” t-shirts a few months before Gough Whitlam’s Labor won the 1972 election. Then came Jugglers Three, What if You Died Tomorrow and A Handful of Friends. By documenting the energy, the hopes and the failures of the 1970s generation Williamson turned many of us into theatregoers, confident that his plays would entertain us and, often, start an argument.

These days audiences in small theatres may include a sprinkling of eager young people but it’s clear that drama plays to an ageing (and ultimately dying) audience. Though Australia has many gifted young playwrights, none has managed Williamson’s feat of creating drama that compels a generation to attend his or her latest play.

The phenomenon of David Williamson, then, deserves reviewing. His memoir, Home Truths, is his contribution to this process, providing the background to the most memorable of his fifty-six plays and twenty-six screenplays. He details his childhood in suburban Melbourne with a frustrated, dramatically manipulative mother and conciliatory father; the embarrassment and bullying he experienced as an adolescent because of his extraordinary height; his career misjudgements as he studied mechanical engineering and then psychology; and his path from the suburbs to inner-city Melbourne and initial success as a playwright.

Williamson wrote unpublishable novels and revue sketches before a university drama society put on one of his early plays, giving him the courage to send You’ve Got to Get On, Jack to Betty Burstall at Carlton’s La Mama. Unaware that he was in the audience, Al Finney, Bruce Spence and Martin Phelan read the play to show “how good acting could bring a dead script to life.” They later relented, mounting an “electric” production of the play. Watching them, Williamson decided that he couldn’t go the way of his Melbourne contemporaries, Jack Hibberd and John Romeril, nor even his admired J.P. Donleavy — he would stick to observations of real life and risk the charge of “dreary realism.”

By 1971, La Mama was performing The Removalists at the same time as the nearby Australian Performing Group was doing Don’s Party, despite all their reservations about its middle-class subject matter and naturalist style. But it was John Bell’s production of The Removalists for Nimrod in Sydney the same year that made Williamson the playwright of the moment.

This success also attracted resentment from other playwrights and intellectuals, especially in Melbourne, and Williamson takes the opportunity here to gain some quiet revenge on his critics, especially the late Leonard Radic, the Age’s critic, and the late Bob Ellis. The Coming of Stork led to Tim Burstall’s film version, Stork, a box office success full of slapstick farce, and then to Petersen, Williamson’s attempt to mock the snobbery of Melbourne University’s Dinny O’Hearn and other academic critics. Williamson was riding the new wave not only of theatre but also of film, admittedly with fairly unsubtle material; and sometimes, as in the case of Peter Weir’s Gallipoli, he was writing scripts that were acclaimed for the wrong reasons.

He declares that all his plays are exaggerations or speculations about people he knows, and he learnt early to give drafts to his models as a preparation for their appearance on stage. For those curious about these models, this book provides the key to his sources, explaining how he adapted elements of his friends to suit his dramatic purposes.

The most frequent of these models is his wife Kristin. When actor Robyn Nevin read the script for Emerald City, she said to her, “Looks like I’m playing you again.” This must have been trying, and Williamson’s claim that Kristin recognised that she was also the inspiration for some of his “most feisty, loyal and ultimately loving characters” sounds like retrospective amends.

In fact, Kristin emerges from this book as at times a full creative partner, intelligent and patient though not always long-suffering. Her biography of Williamson appears to be one of the resources for this account, though Williamson adds the appalling story of how she was ostracised and lost her job when she left her first marriage for him.

By the 1980s Williamson was a celebrity, mixing with glamorous people — politicians, actors, filmmakers, journalists and publishers. His writing changed focus accordingly. I sometimes came away from a play wondering whether he knew about ordinary life anymore. Yet there was always sparkling dialogue and a serious matter for consideration on the surface of each play. And surely we can forgive the man who wrote The Removalists, Don’s Party, The Club, The Department, Travelling North, Emerald City, The Perfectionist, the Face to Face trilogy and Cruise Control (my favourites) for Dead White Males and Don Parties On? How many good plays must a writer produce for posterity?

One of Williamson’s skills is making it all seem easy, so that you can leave one of his plays thinking that if he only adjusted the ending or was more subtle about one of his debating points — in other words, took notes from you — he might have a certain masterpiece rather than a compromised one. He has received plenty of unsolicited critiques of this kind. I saw Brilliant Lies in Brisbane on its first run, with the cast coming on stage after the production to take questions from the audience. Ray Barrett asked us if we found the ending satisfactory and a show of hands revealed that we didn’t. He explained that the cast had been trying to get Williamson to change it.

Sometimes he has done this, most famously when Madonna changed the ending for her production of Up for Grabs in London. In that case, he can’t resist pre-empting the reader’s obvious criticism: “If you’re wondering why I didn’t fight to safeguard the integrity of my play, the answer is obviously that, like Simone [the central character], I’m an opportunistic Australian and I wanted to have at least one sellout West End show in my career.”

The fact that all my favourite Williamson plays have been made into films (or are in development — a film of Cruise Control is apparently planned) tends to emphasise their naturalism and possibly preclude any new stagings of them. This is a pity: in their original form they are wordy, witty and theatrical, playing with the traditions of satire, domestic comedy and farce. Recent revivals of Emerald City, The Removalists and Travelling North show that a new generation of actors and directors can find unexpected possibilities in them.

Yet Williamson’s experience writing screenplays for American producers gives pause for thought. None of the scripts he wrote over ten years made it to production. The brilliance of Robert Connolly’s Balibo (a production he co-wrote but also has reservations about) suggests that this is a significant loss to audiences. This memoir reinforces the haphazard and capricious nature of drama production in all media. For television, The Last Bastion (with Dennis Whitburn) remains a classic of docudrama, while Dog’s Head Bay (with Kristin) is a lesson in how not to make sitcom. And even after years of guaranteed box office, Williamson could be rejected by major theatre companies right to the end. It’s good to know that Family Values and Crunch Time sent him out on a high.

This cheerful memoir takes a familiar, friendly approach to its readers. It is full of amusing anecdotes and reported dialogue, with those good-natured jibes at his now-dead critics. Like so many of his plays, it is name-dropping, gossipy and wonderfully entertaining. • 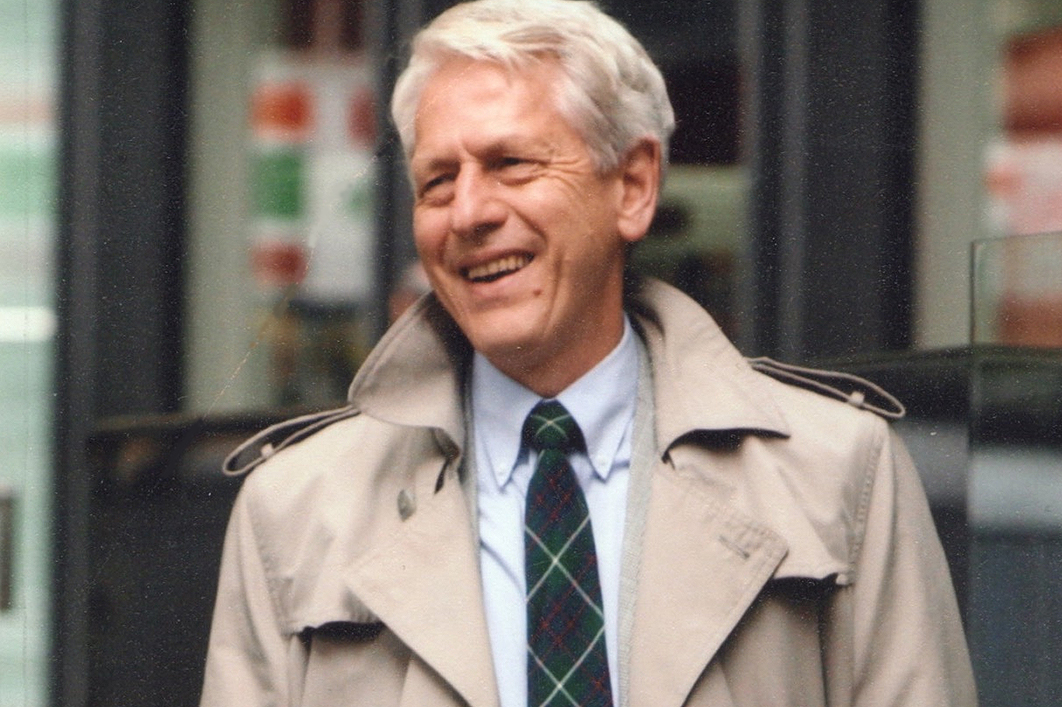