So far, healthcare has gone missing in the election campaign, writes Lesley Russell 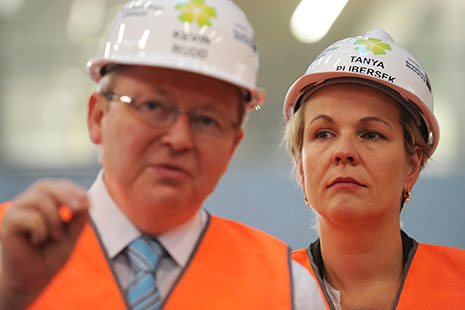 MIDWAY through the election campaign, the focus has yet to swing to health and healthcare. According to the ABC’s policy comparison tool, Vote Compass, health is rating well behind the economy, which is by far the most important election issue for voters.  Given the challenges of budget sustainability, workforce productivity and the ageing population – all of which are affected by healthcare – it is surprising that there is not a greater focus on how the health budget, which is 16 per cent of the federal budget, is spent.

The fact that health is not figuring as a funding contest – or even as a source of major policy differences – in the campaign has not deterred peak health and medical bodies from putting forward arguments and demands for how health spending and programs should be managed under any incoming government. Here, they have something in common with the major political parties – there is no vision; instead, entrenched positions and demands are being reiterated.

In the absence of new policies, the real issue for voters will be the extent to which the new government will build on reforms already under way, tear them down, or leave them languishing from lack of attention and resources. Aged care, mental health and dental health are vulnerable areas where needed changes are barely underway. Medicare Locals have great potential to improve the coordination of care if they are allowed to flourish. And we are yet to reap the benefits from investments in areas like education and training for the health workforce, quality and safety, and the National Preventive Health Agency.

The Living Longer, Living Better aged-care reform package, which was the centrepiece of the 2012–13 budget, has largely been backed by the opposition. The reforms, long overdue, are intended to change the emphasis from “aged care” to “aged living,” with greater choice and flexibility for the consumer, and these are just beginning to be rolled out. Priority is given to providing more support and care in the home, better access to residential care, more support for those with dementia and a strengthened aged care workforce. The five-year plan has $577 million of new government funding, with the remainder of the $3.7 billion cost to be drawn from redirected funds and means testing. Further reforms have been promised.

Financial pressures on the aged care sector are growing, both from the government’s and the providers’ perspective. Federal Labor’s approach shares the cost of providing aged care services across the community, with people who can afford the cost of their care required to do so in proportion to their means. This approach may well be palatable to a Coalition government, although the Howard government was reluctant to take up such initiatives.

The Council on the Ageing, Alzheimer's Australia and the Consumer Health Forum have jointly set out the path they think political parties should take in order to meet the demands of Australia’s ageing society. The leaders of these groups are pushing for aged care funding to be given directly to individuals, on the DisabilityCare model, to allow them to choose what care they receive and who provides it. To date, the party leaders appear to have given little thought to these issues, despite the important and vocal demographic involved. A question about aged care policy appeared to stump both leaders in the first election debate.

Also absent from the policy debate is any discussion of the massive drag on productivity caused by untreated mental illnesses and the poor quality of mental healthcare. “I want to make it clear that mental health will be a second-term priority for the government,” Julia Gillard declared in July 2010, early in her prime ministership. In 2011 she announced a $2.2 billion package to address the gaps in mental health services, with an emphasis on early intervention programs and those for people with severe and persistent mental illnesses. But there has been none of the needed follow-up in subsequent budgets.

Despite significant new investment in mental health care since 2006 – some $8 billion in new funding – there is still no coherent national service framework, no service model, few care guidelines and continuing poor accountability. While the total health budget continues to grow, mental health’s share is in decline and there is a huge unmet need for services.

Last week saw the release of Obsessive Hope Disorder: Reflections on 30 Years of Mental Health Reform in Australia and Visions for the Future, the most comprehensive review of mental health and mental health services in a decade. Yet neither of the major parties has made any response to the report’s findings and recommendations. There is little sign that mental health will reappear as a priority for Labor, or even that the party will deliver the previously promised reforms in a more timely manner. The Coalition remains silent on the issue.

Silence also prevails in relation to issues such as dental care, the health impact of climate change, the rising epidemic of obesity and diabetes, and even the burgeoning private health insurance rebate.

Kevin Rudd seems stuck in an approach to healthcare that focuses on acute care. Labor’s only significant policy announcement to date has been $357 million for hospital and medical treatment facilities in key electorates. But the funding and resource needs of the healthcare system extend well beyond hospitals, and good health and wellbeing is about much more than doctors, nurses and prescription pads. The challenge for governments and policy makers is to invest in wellness through prevention as well as in the treatment of illness by improving access to both health and healthcare.

Nor should we lose sight of another measure of the effectiveness of the healthcare system: access. As the out-of-pocket costs of Medicare grow, an increasing number of people – those most in need of healthcare – are missing out. By international standards, out-of-pocket costs for Australians are high, comprising almost 20 per cent of the nation’s total healthcare expenditure. Older Australians with a number of chronic conditions may need to spend as much as 16 per cent of their income on their healthcare.

It goes against the grain, and our belief in the universality of Medicare, that government spending on health services benefits the rich more than the poor, and that the availability of good healthcare tends to vary inversely with the needs of the population served. But the data show this to be true. Australians living in rural areas and in lower socioeconomic suburbs are less likely to have access to essential services such as preventive, dental and mental healthcare, their costs to see a specialist are often prohibitive, and their primary care is too often limited to short consultations despite higher rates of chronic conditions.

THE ubiquity of Medicare, the Pharmaceutical Benefits Scheme and public hospitals should not blind us to the inequities around us. The evidence for these is starkly presented in every report on population health status, in concerns about the impact of obesity, diabetes, mental illness and poor dental care, and in the availability and use of health services. The consequences play out in workforce productivity and participation, and the costs that must be picked up elsewhere in the system.

What is needed are long-term structural reforms that reward improved health outcomes, focus on keeping people out of hospitals, optimise workforce capabilities, utilise new technologies effectively, respond to patient and community needs, and preserve the principles that Medicare was founded on. A new government facing fiscal constraints of its own imposition may well fall for the conservatives’ mythology that Medicare is unsustainable and adopt their philosophy of means-testing Medicare and privatising public health services.

Concern about such future directions has given rise to the Mend Medicare Coalition, which is campaigning on the basis that politicians are turning a blind eye to growing inequities and the emergence of a two-tier health system, with full treatment for the well-off and patchy care for the rest.

Ironically, though, the biggest threat to the Australian healthcare system may come simply from inaction and inertia – from politicians who are unable or unwilling to tell the electorate what their plans and policies are and voters who are not sufficiently engaged to push their elected representatives to lay out their policy proposals and costings for scrutiny. Under such circumstances unpleasant and unanticipated surprises will inevitably surface in the days following 7 September. •

The sublime symmetry of double-entry bookkeeping

“I could look it up”: B.S. Johnson anticipated the rise of technology and the dangers inherent in the anonymity it confers. B.S. Johnson Society 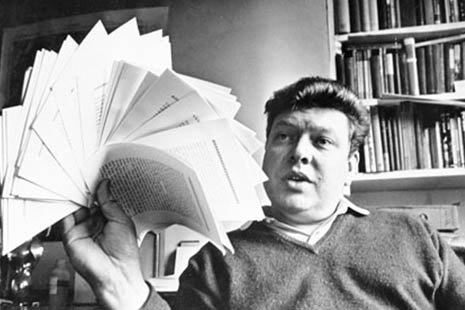 “I could look it up”: B.S. Johnson anticipated the rise of technology and the dangers inherent in the anonymity it confers. B.S. Johnson Society