How Australia’s Covid-19 debt will look after itself 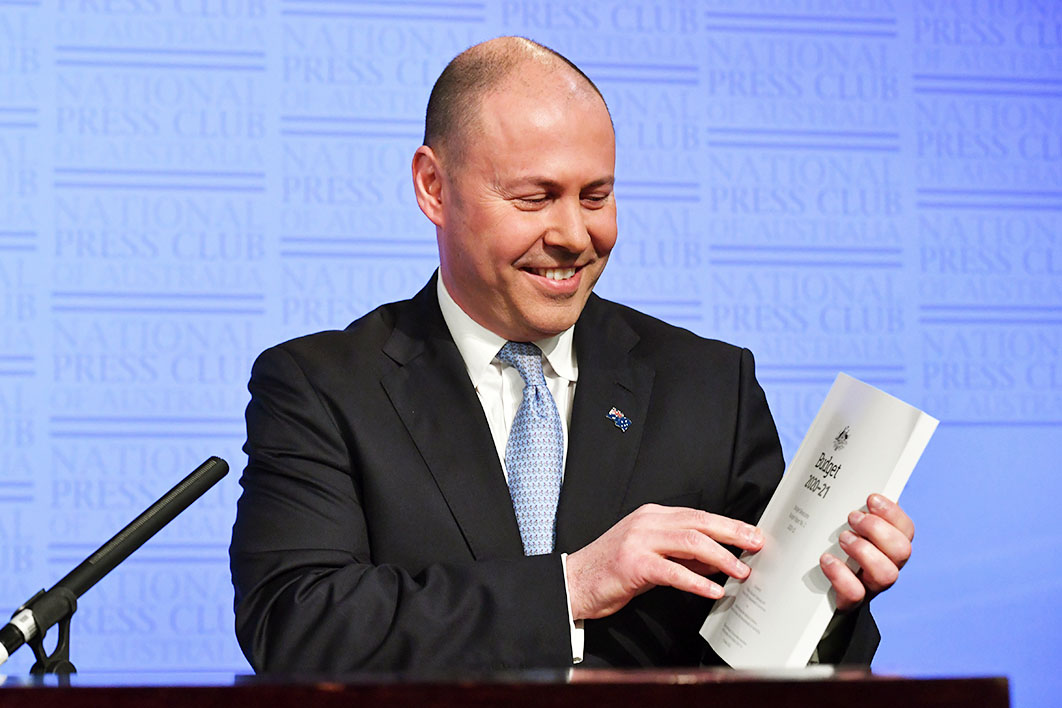 You should be suspicious of any politician, journalist or commentator who talks in billions and trillions when it comes to Australia’s debt. Big numbers might be good for political spin, but they need a denominator to have any economic meaning. After all, what constitutes “a lot of debt” is going to be different for Fiji than for Australia or the United States.

Second, thinking of debt as a percentage of GDP, combined with some basic maths and reasonable assumptions, throws cold water on the claim that the debt accumulated during Covid-19 will be a burden on future generations.

There are two opposing forces. On the one hand, Australia’s debt will grow at the rate of interest on that debt (making our debt as a percentage of GDP bigger). On the other hand, our economy will grow at the rate of GDP growth (making debt as a percentage of GDP smaller). Provided our economy is growing faster than the interest rate on our debt, we will slowly grow out of our Covid-19 debt without future generations ever having to repay a cent of it.

How long would this take? If Australia’s economy grows at the same average rate of the past ten years (hopefully a conservative estimate given our real GDP growth has been pretty mediocre) and the real interest rate on government debt similarly follows the average over the past ten years (also conservative because these rates have tended to fall through time rather than stay the same), Australia would whittle away its Covid-19 debt as a percentage of GDP in just twenty-seven years, without having once actively attempted to pay it off.

It follows that paying back our Covid-19 debt is not only unnecessary but also hardly intergenerational. Even if we did decide to pay it back, the majority of today’s taxpayers will still be paying tax over the next twenty-seven years.

But is this all too optimistic? One reason people are concerned about our Covid-19 debt is that they fear inflation and interest rates will not follow their past trends and might start increasing faster than GDP growth, making our debts unsustainable. Luckily, this is both unlikely and, if it were to occur, manageable.

First, we are not powerless to influence these variables. We can help ensure the economy grows faster than the interest rate on our debt by making sure we spend that money on things that boost long-term, sustainable growth. This means directing the budget towards spending that raises productivity: investments in things like high-speed broadband, infrastructure and early childhood education.

When the government does splash cash on things with limited long-term productivity benefits, it should use the political opportunity created by the sugar hit to implement the structural reforms that will boost productivity, such as tax reform, trade reform, competition reform, labour market reform, and financial reform, to name a few.

Second, while many have pointed out the risks of higher inflation and higher interest rates, few have convincingly explained how or why they would come about.

Before Covid-19, inflation and interest rates were subdued across the world and had been declining for decades. Theories on why this has occurred range from structural changes that have boosted savings (like ageing populations, rising inequality and global integration with high-saving countries) to structural changes that have reduced investment (like declining competition between firms and a lack of investment opportunities, or “secular stagnation”).

Others who fear rising inflation and interest rates point to the big fiscal stimulus packages, like President Joe Biden’s, as a potential trigger. While some inflation is likely, it’s hard to imagine why temporary stimulus would result in any permanent change in inflation or interest rates, particularly when the Fed has already flagged that it would tolerate above-target inflation for a period without raising interest rates. And if inflation and wages were to suddenly take off, this would also boost the other side of the equation — economic growth — meaning that, even with higher interest rates, those interest rates need not necessarily exceed GDP growth: the recipe for debt as a percentage of GDP to rise.

Another concern is that Covid-19 may have severely weakened the supply-side of the economy, with collapsed businesses and damaged supply chains causing demand for goods and services to exceed supply, resulting in higher inflation and rising interest rates. The problem with this argument is that, so far, we are seeing the opposite: too few businesses are failing, not too many. And while some supply chains have struggled during Covid-19, these challenges are short-term, not long-term, and out of the thousands of supply chains we engage with each day, the vast majority have not experienced any challenges at all.

In sum, it’s hard to see high inflation and high interest rates coming about. And even if they did eventuate and we started paying down debt, the time horizon of twenty-seven years means most of the heavy lifting would fall on existing taxpayers, not future generations.

Not that this means we’re not burdening future generations: we’re doing that in plenty of ways. But fiscal policy is low on the list. Indeed, the more we talk about debt and deficits, the less we are talking about the real damage we are inflicting on our children and grandchildren through climate change, loss of biodiversity, and rising geopolitical tensions. It’s time to focus less on the intergenerational problems that might happen and focus more on the ones that are well under way. •

Adam Triggs is a Director within Accenture Strategy and a non-resident fellow at the Brookings Institution.