Pundits want Anthony Albanese to talk big. But is that the way Labor takes government? 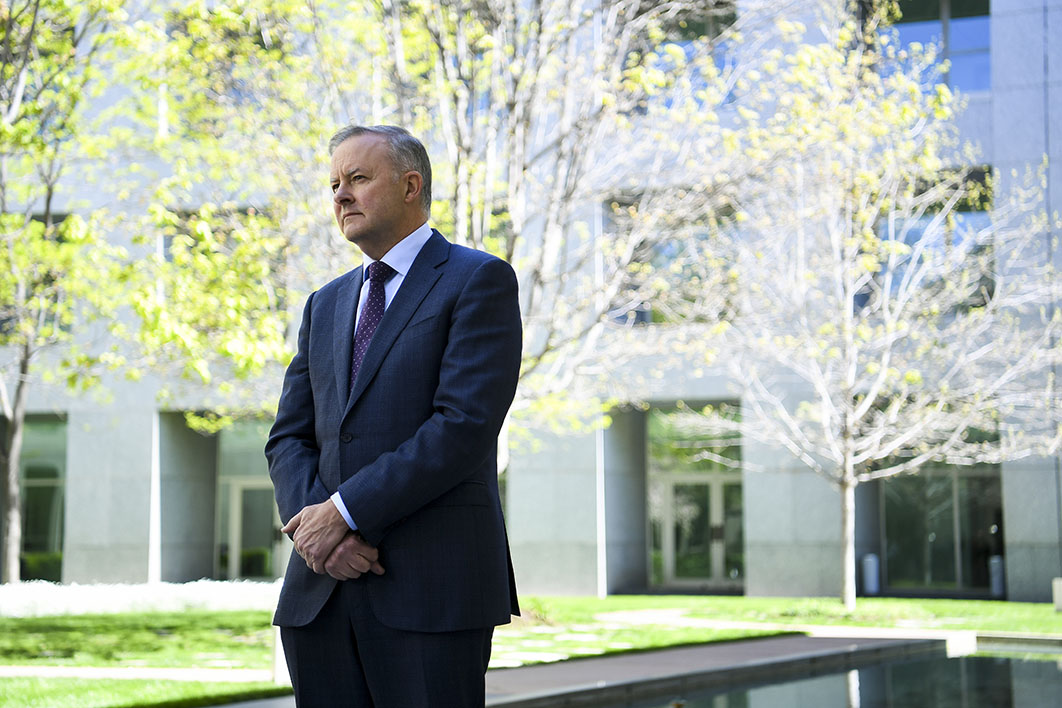 Newspoll, the nation’s most closely watched opinion poll, has been telling a sorry tale about the Morrison government for a few months now.

During the first half of the year, it had the Coalition and Labor running neck-and-neck on the two-party-preferred vote. Over the same period, the Coalition’s primary vote averaged a healthy 40 per cent.

From the middle of the year, though, the Coalition’s primary vote started to fall. In the latest Newspoll — released on 24 October — the government’s primary vote had fallen to 35 per cent.

More significantly, the two-party-preferred vote has been 53 or 54 per cent for Labor since July, and 46 or 47 per cent for the Coalition. That’s six Newspolls in a row, and a possible electoral wipe-out for the Morrison government.

But strangely — because journalists ordinarily love polls — this hasn’t turned into much of a media story. It hasn’t been “factored into the narrative,” as the cliché goes. So why haven’t we been reading headlines like “Poll Pressure Has Morrison in Policy Panic”?

First up, Newspoll is published in Rupert Murdoch’s anti-Labor flagship the Australian. If Newspoll had found that Anthony Albanese’s Labor Party was generating opinion poll numbers like Scott Morrison’s government, I think we might have heard more about it.

And second, the polls, including Newspoll, got the 2019 election wrong. Journalists have been a bit gun-shy about highlighting good figures for Labor since Morrison’s “miracle” election victory that year.

Opinion polls ain’t elections, of course. They are fallible snapshots of voting intentions taken at a particular time in the electoral cycle. But as long as you don’t imbue them with mystical powers they’re useful tools to make guesstimates about what’s going on in Voterland. My guesstimate is that Anthony Albanese is doing something right and, more importantly, Scott Morrison is doing an awful lot wrong.

In just four months’ time we’re likely to be in the middle of an election campaign. In the meantime, Anthony Albanese is receiving plenty of gratuitous strategic advice from media commentators. And some of them are very unhappy about his small-target strategy.

Conventional wisdom asserts that Labor only wins government with a hefty program of reforming policies. But what does history say?

In the postwar period Labor has won government from opposition just three times: in 1972 under Whitlam, in 1983 under Hawke, and in 2007 with Kevin Rudd as leader.

Whitlam had the famous program, but he also faced the egregious Billy McMahon, whose government had already taken a battering in 1969. Whenever Australian prime ministers are ranked in order of greatness McMahon always comes stone motherless last.

When Hawke won office in 1983, he brought with him the Accord agreement with the unions. But he also had an opponent in Malcolm Fraser who was struggling with a recession, growing unemployment and record interest rates.

When Rudd prevailed in 2007, he won against a prime minister who had been in office for eleven years, had provoked all-out warfare with the union movement and had run out of tricks. John Howard, locked in interminable battle with his treasurer Peter Costello, even lost his own seat.

It’s true that Whitlam and Hawke were charismatic, reforming leaders who ran on ambitious policies voters recognised were necessary. But Rudd’s big carrot for the voters was a promise to spend less than John Howard.

So what do our three Labor heroes have in common? They faced tired, dysfunctional Coalition governments. Are the Newspolls telling us that Morrison has hit the wall? When Australians voted for him in 2019, they didn’t really know him. Now they do.

Albanese would probably agree he’s no Whitlam or Hawke, but he’s as experienced as Kevin Rudd, and without the obvious flaws. He was one of the few senior Labor figures, for example, to come out of the destructive Gillard–Rudd years with his standing enhanced. Though he opposed the coup against Rudd, he then dedicated himself to making the whole sorry mess work.

It looks like we’re in for an election substantially about climate change. Morrison has placed his cards on the table: he says he’ll get to net zero by 2050 basically by crossing our fingers.

Albanese has yet to declare his hand. And why should he? The Murdoch press will go berserk no matter what he comes up with.

But we already know the key question facing voters at the coming election: who are you going to trust to bring Australia through the tricky transition to a decarbonised economy?

If Albanese can paint Morrison as a fabulist on climate change policy and make a credible case that Labor will help those affected by these essential changes to our economy, he’s in with a very strong chance. And if there is a hung parliament, he’s better placed than Morrison to make it work.

Scott Morrison has just arrived home after the most disastrous prime ministerial trip since Robert Menzies went to Egypt in 1956 and failed to solve the Suez Crisis. Meanwhile, the next Newspoll looms large. •

Summer reading from the archive

Lifelong supporter? Scott Morrison at a rugby league match between the Sharks and the Panthers during the 2019 federal election campaign. Dean Lewins/AAP Image 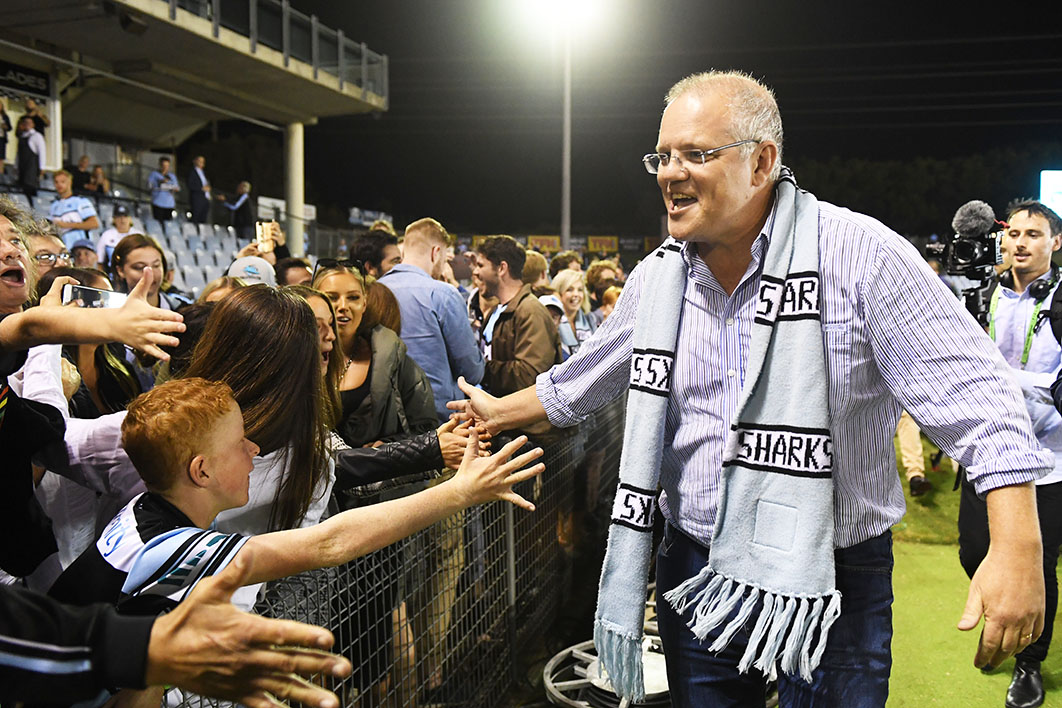 Lifelong supporter? Scott Morrison at a rugby league match between the Sharks and the Panthers during the 2019 federal election campaign. Dean Lewins/AAP Image