How to bridge the infrastructure gap

With a dramatically rising population and falling infrastructure spending, the pressure for action is growing, writes Tim Colebatch 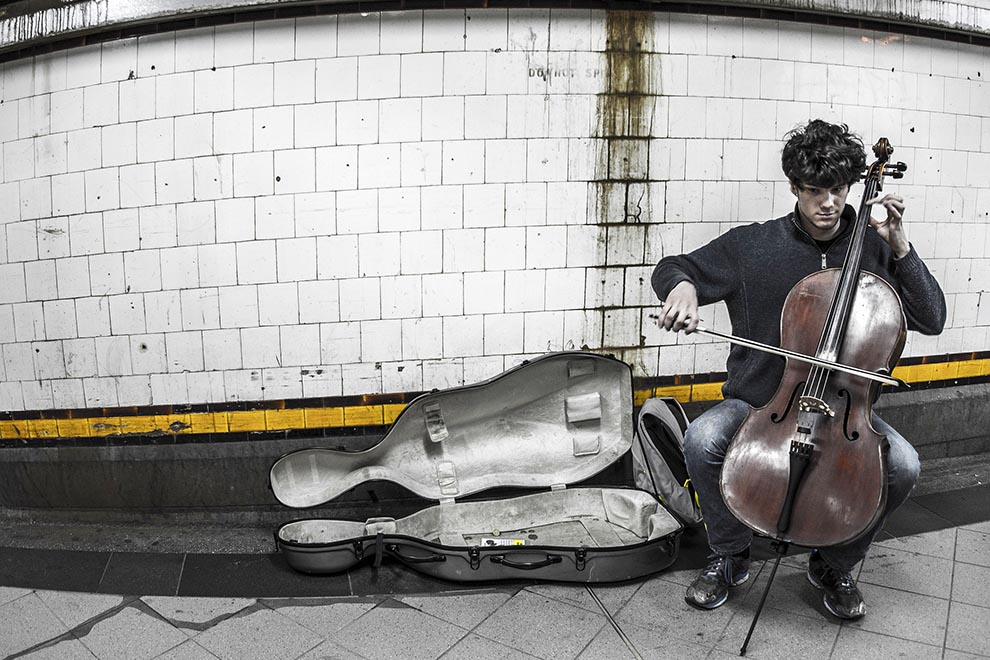 Governments have cut investment in rail by 26 per cent over the past two years. Indigo Skies Photography

Australia, we have a problem. The faster our population grows, the worse our governments are performing in choosing and building the infrastructure we need to cope with that growth.

Three statistics issued in recent days reveal the scale of the problem.

• On 26 March, the Bureau of Statistics issued the latest national population figures. They revealed that Australia has grown by more than three million people in just eight years to last September. We are gaining almost 400,000 people a year. Every two and a half years or so, we add another million people.

• On 31 March, the Bureau released its regional population estimates for the year to last June. They showed that almost half of that rapid population growth is going into just two cities: Melbourne and Sydney. Add Brisbane and Perth, and almost three-quarters of it is going into just four cities.

In a single decade, Melbourne added three-quarters of a million people; it is now growing at almost 100,000 a year. Sydney added more than 600,000 people – equivalent to adding almost half an Adelaide. Perth’s population swelled by a third, Brisbane’s by a quarter.

This is extraordinarily rapid growth. It is roughly double the rate Australia averaged in the 1990s. You will not find it happening in any other Western country. How are our governments providing the extra infrastructure needed to service all these extra people?

• On 1 April, the Bureau released its estimates of engineering construction work in 2014. You might wish it was an April Fools’ Day joke, but sadly, that’s not so. It reported that work done on infrastructure plunged last year for the second year in a row, falling 12.5 per cent below its 2012 peak.

In every mainland state, infrastructure investment is now in freefall. In most of them – New South Wales, Victoria, Queensland and South Australia – the work carried out in the December quarter was down by between a quarter and a third from its recent peak.

But hang on, you say: isn’t that because the mining investment boom peaked in 2012? That’s true, it is winding down. And our governments have told us that they’re increasing infrastructure investment to fill the gap, and to help sustain economic activity as the mining boom subsides.

At the very time when Keynesians would expect governments to increase their investment, to pick up the slack left by the winding down of the mining boom, the states in particular have given priority to getting their budgets back in surplus.

In the past two years, investment carried out for the public sector, whether by government workers or private sector partners, expanded only in relatively small pockets like the NBN, sports stadiums and ports. Other areas saw massive cuts. Instead of investing more in roads and rail to match the rapid growth in the population, governments cut investment in new roads by 15 per cent, in rail by 26 per cent, and in bridges by 30 per cent.

In some areas, the deep spending cuts might seem like a good thing: $2.7 billion was cut from investment in the electricity network (no more overpriced transmission lines) and $1.9 billion from water, sewerage and drainage (no more overpriced desalination plants).

But when all our big cities are choking on their traffic and our public transport is far below the standard of our new rich Asian counterparts, surely the money saved on electricity and water should have been invested in transport infrastructure? Instead, our governments, presumably acting on advice from their economic officials, have simply slashed investment.

That is bizarre. On the one hand, federal Treasury recently forecast that Australia’s population will have grown to forty million by 2055 – and the vast bulk of the sixteen million-plus extra people will pile into Melbourne, Sydney, Perth and Brisbane. That growth will roughly double their populations.

Yet Treasury’s state counterparts are telling their governments it is not crucial to build the infrastructure that will be required to preserve those cities’ liveability and economic efficiency. Rather, they say, the crucial thing is to maintain or regain an AAA credit rating – a rating designed for countries with low population growth and hence little need to borrow to build infrastructure.

Germany’s population, for example, is projected to fall over coming decades. It has little need to borrow to build new infrastructure. Australia is a very different country.

Why? Because to invest, governments need money. To get money, they need to either raise taxes, slash other spending, borrow, or fudge it by getting the private sector to borrow the money – at far greater cost, since the banks know that governments will pay them back, whereas private infrastructure builders can go broke, and often do.

The problem is that voters don’t want their governments to do any of those things. And governments lack the courage to tell voters that unless they do them, our cities will grow ever more congested, and our government services ever more inadequate to meet the demands a growing population places on them.

As I write, the ten-year bond yield for new Australian government debt is 2.33 per cent. New South Wales and Victoria can borrow at interest rates of about 2.6 per cent. The other states can borrow at around 3 per cent.

While scandalously few cost–benefit studies of transport projects are ever published in Australia – that is one of our problems – it is widely agreed that many smaller projects, such as removing level crossings, streamlining complex intersections, and updating railway signalling, would deliver benefits several times greater than the cost of building them. And that’s on the standard, outdated assumption that the government funds the project by borrowing at rates of 6 or 7 per cent.

At current interest rates, in an underperforming economy at some risk of recession, it is simply a no-brainer that our governments should be borrowing as much as they can sensibly invest to start repairing the infrastructure backlog, and fit our big cities for the growth they have had in the past decade, let alone the growth to come.

Yes, the states would lose their AAA or AA credit ratings, and have to pay more on their borrowings. But the interest rates they pay would still be extremely low, for the full duration of the loan.

When the loan ends, they would have to repay the debt or refinance it at whatever the rates are then. That should impose a discipline on them to pick only the projects where the benefits will outweigh the costs: no indulgences like Melbourne’s loss-making East-West tunnel, or Canberra’s proposed Northbourne Avenue tram line.

It can be done. As respected economists Max Corden and John Freebairn have argued in an excellent paper on the issue, “it is important to avoid purely political or populist decisions in choosing government investment.” Governments need to set up better institutions to evaluate and publish the economic merits of alternative projects, including the assumptions relied on for the evaluation. We also need a firm federal–state agreement to share their costs (and benefits), rather than using an utterly ad hoc approach, as the Abbott government has.

But the infrastructure backlog we face is too big to be tackled by borrowing alone. We need to bite the bullet and raise more revenues from the users of roads and public transport, and conduct a hard-headed review of public transport services to reduce their costs.

To give one illustration of the latter: the Alamein line in Melbourne is a charming historic relic of the railway age, but on an average weekday in 2011–12 its six stations were used by just 4746 people. Taxpayers in Melbourne pay 70 per cent of the cost of running the public transport system, while the users pay only 30 per cent. Should we adopt a goal that users should meet half the cost of running public transport services?

Congestion pricing has been adopted in cities like London, Stockholm and Singapore to help pay for new transport infrastructure and encourage people not to drive on congested roads. After initial opposition, London’s £10-per-day tax has broad bipartisan and community support, and is estimated to have reduced traffic volumes by at least 10 per cent from what they would have been in its absence.

Tolling existing freeways is seen as a political minefield. Yet the Kennett government showed how, when voters realise that the tolls will pay for improving the freeways (or building new ones), the political cost can be inconsequential. And such tolls could play a big part in financing an attack on the infrastructure backlog.

For example, Melbourne transport planners argue that the city’s biggest single need is for a second motorway over or under the Maribyrnong, to take the pressure off the overladen Westgate Bridge. But a second Maribyrnong crossing will be expensive. If it is to be financed by tolls, then tolls will need to be reintroduced on the Westgate, otherwise no one will use the new crossing.

It would probably be easiest if governments were brave enough to grit their teeth and announce that all existing freeways would become toll roads, with tolls at relatively low levels.

Last month’s tax reform paper confirmed that Australia is one of the most lightly taxed countries in the Western world. Only Korea and Switzerland have lower government spending. But since John Howard almost lost office in 1998 over the introduction of the GST, governments have lacked the courage to argue that we should tax ourselves more to build the infrastructure we need. They have also lacked the courage to argue for more borrowing to build infrastructure.

And so, people, we have a problem. We are fenced in by the community’s opposition to increased debt, tax rises and spending cuts.

If we persist in punishing governments that increase borrowing, increase taxes or cut spending, we rule out all possible ways to tackle our infrastructure problem. Our roads will become more congested, and our public transport more inadequate to the demands placed on it as our cities double in size.

We need a better balance between prudence and vision. •